A Post SXSW Sunday Morning Walk Through Downtown with a Bag of Old Lenses. March 20. 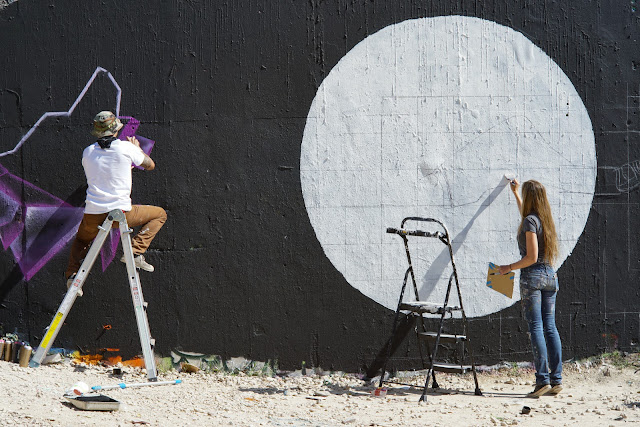 The big SXSW party is over. The airport was already a zoo at 4:30 a.m. this morning when we dropped Ben off for his 5:45 a.m. flight. Cars were backed up from the terminal at the drop off. Lines at the SkyCap stations were long and serpentine; littered with luggage. The lines inside, at the TSA security checks, were even longer. Ben nearly missed his flight. He made it to the gate with minutes to spare.

We had a cold front move in last night and the temperatures this morning were in the lower 40's. After the sun came up, and the day warmed up a bit, I decided to go back downtown and see what the city looked like in the aftermath of a party for 200,000 of our new "best friends."

Lately I have missed using the little gems in my Pen F (original film version) lens collection. I thought that today would be good day to give them a bit of a workout so I dropped four lenses into my smallest camera bag. I selected the 20mm f3.5, the 38mm f1.8, the 40mm f1.4 and the 60mm f1.5. All wonderfully clear and very compact. Theses are all metal, manual focus lenses built in the late 1960's and early 1970's.

I'd driven past the Graffiti Wall on North Lamar earlier in the week and it was snarled with traffic and saturated with tourists. I thought I'd start there today and see if anyone was up and around before noon. Refreshingly, most of the people in attendance were there to paint. The ones who were there to watch or experience the wall for the first time seemed to be mostly locals. Traffic was light. The mood was jovial.

I'm always interested in the performance of my ancient set of Olympus lenses with newer and newer cameras because I think of them as high performance optics and I like to see what can be squeezed out of them as camera sensors improve. Today I chose to use a Sony a6000 camera body. I was delighted with the results.

This is the first time I've gotten really exemplary performance out of the 20mm lens. 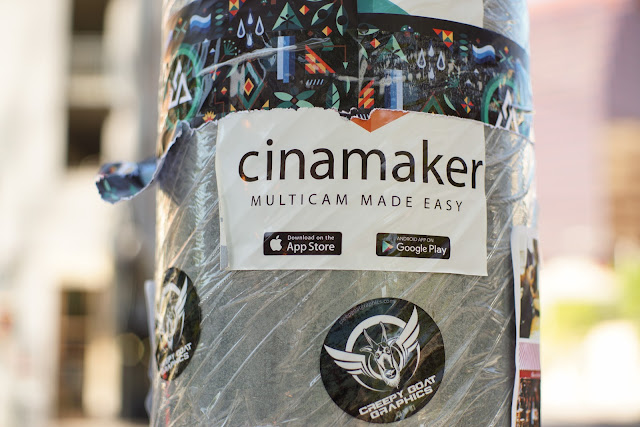 Temporary Event Signage. It's all getting stripped off now.
Shot with the 40mm f1.4 lens.

The exemplary lens of the batch seems to be the 40mm f1.4 lens. It's tiny. Nearly the size of the new Olympus 45mm f1.8 or the Panasonic 42.5mm f1.7. I shot the signage above at the close focusing limit of the Pen F 40mm and also shot at f2.0. I thought I was seeing high sharpness without post processing so while I was sorting images I enlarged this one, and the one below, to 100% (24 megapixel sensor) and was amazed at the incisive sharpness on the "cinamaker" sign. I can't imagine another lens could be better. 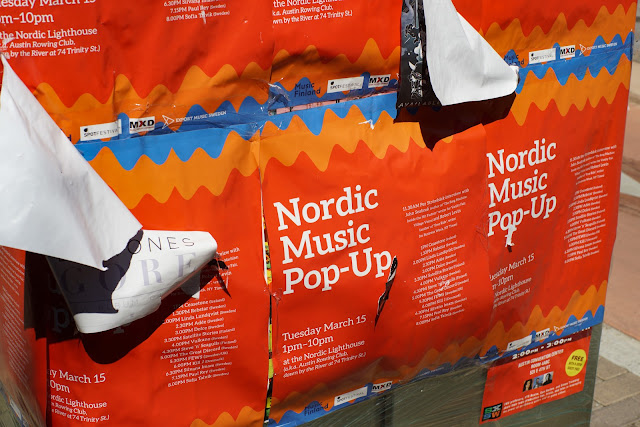 Temporary Event Signage. It's all getting stripped off now.
Shot with the 40mm f1.4 lens.

The interesting thing about many older lenses is that they were initially tested and used with cameras that lacked anything like the performance in even the cheapest cameras out today. When I used these lenses on their original Pen F film cameras we knew that a half frame of Tri-X was probably the limiting factor in overall system performance but we assumed that the lenses were only as good as they needed to be to out resolve the files of their time (the 1960's and 1970's). Since we were limited to using them with a small format film camera we had no way of knowing what their full potential might be.

When I used them with the first generations of Olympus micro four thirds digital cameras (for me, the EP-2) I saw that the lenses were at least capable of resolving up to that standard (12 megapixels). The lenses also showed performance improvements in the last two generations of Olympus cameras with 16 megapixel sensors. Surely, I thought, this would be the bar at which the lens performance would be exceeded by the much higher resolution of OMD cameras. But every time I try them on a higher performance (as expressed in image quality) camera I find that, for the most part, the lenses continue to "keep" improving; or, at least showing more and more of the potential they have always had.... 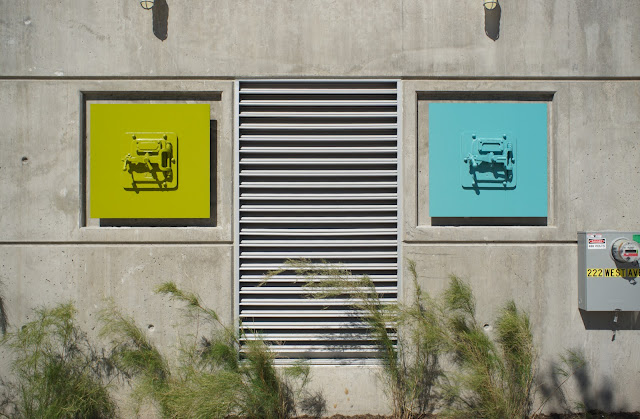 The real surprise for me was the performance of the 20mm f3.5. It has a bit of barrel distortion that's easily corrected in Lightroom's lens correction menu but the thing that impressed me is the high sharpness and even tonality I saw today. The last time I used this lens was on the front of an EPL camera and the lower resolution, combined with no focus peaking, as well as the sensor technology of the time, made the system slow to handle and not especially compelling. The edges never looked right and there was color shift or contamination in the corners and edges. Today, with the higher resolution camera, sensors designed for wider lenses used closer to the sensors,  and good focus peaking, the 20mm seems to keep  surprising me with its potential. It's a tiny lens and not a fast aperture one but there is something really great about being able to manually focus these lenses, use them at medium to small f-stops and not have to worry about endlessly refocusing them. Once set, and using manual exposure, it would hard to imagine a faster operating combination. That, and at f8.0 and 20mm the depth of field is quite deep. 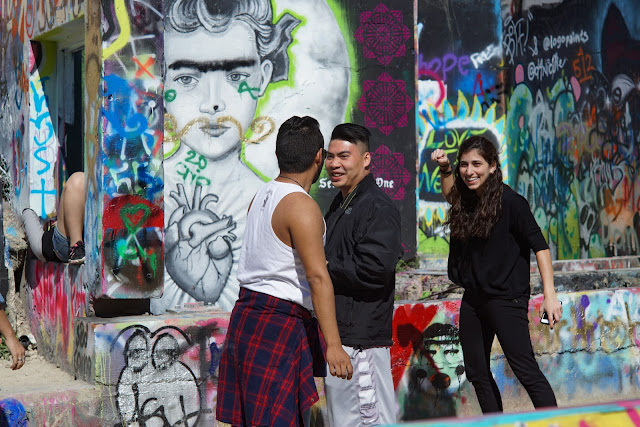 I was originally inspired to pull out the Olympus Pen F lenses and work with them on an a6000 after reading Andrew Reid's column on EOSHD.com about the pair. Here's what he says about the 38mm Pen lens:

"Now this lens has nothing to do with the digital PEN, it is the original fast portrait prime for the old 1970’s PEN camera, a half-frame 35mm format rangefinder style camera. The lens is wider and smaller than the smallest 50mm primes for SLRs like the Asahi Takumar Pentax 55mm F1.8. And it is quite a character. It is ultra sharp wide open, almost right up there with a Zeiss or Leica rangefinder lens."

Here is a link to the entirety of Andrew's article: http://www.eoshd.com/2011/10/nex-lenses-too-big-no-fast-pancakes-meet-the-olympus-pen-f-38mm-f1-8/

At any rate I'd been interested in seeing how the newer sensor in the a6000 worked with the 38mm lens so I acquired a camera and put on the lens with a pen-to-nex adapter. The last real test I had done with the Pen F lenses on a Sony APS-C camera were done with a Nex-7 and something about that particular sensor caused some color artifacting with the wider Pen F lenses. Swaths of the Nex-7 frames would have magenta discolorations; mostly near the tops and sides of the frame.

What I found today was a much different picture. (Puns always intended...). In testing the 20mm, the 24mm f2.8 and the 38mm 1.8 I saw no signs of weird color casts and no big chromatic aberrations or purple fringing. Just acres and acres of resolution.

The 38mm focal length is similar in angle of view to a 58 mm lens on a full frame camera. I would quibble a bit with Andrew's assessment that the lens is critically sharp, wide open, but I will confirm that from f2.8 to f8..0 it outperforms nearly every modern AF lens in the same focal length ballpark.

It's a different kind of sharpness. Almost a reckless sharpness combined with good contrast, and nano-acuity. The sharpness seems deeper and less brittle, to my eyes, than more current lenses.
Apparently, Olympus didn't just get good at making great lenses; they've been doing it for quite some time.  Now they've just figured out how to cut corners that most people might not notice.... 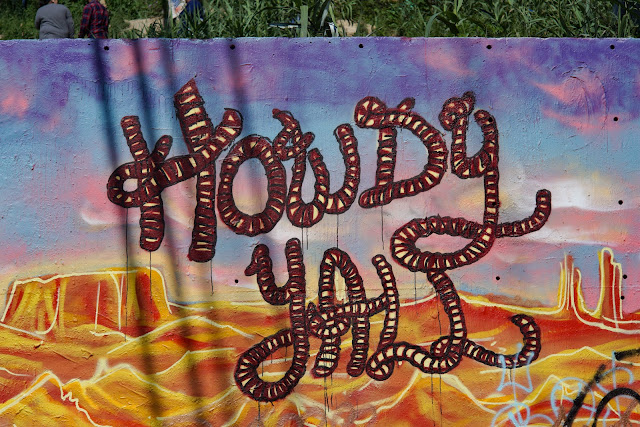 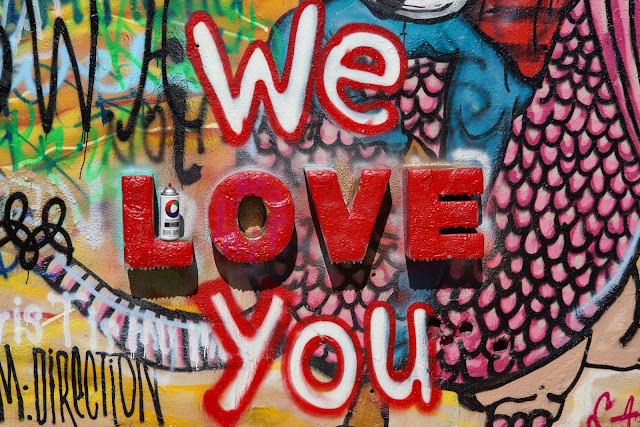 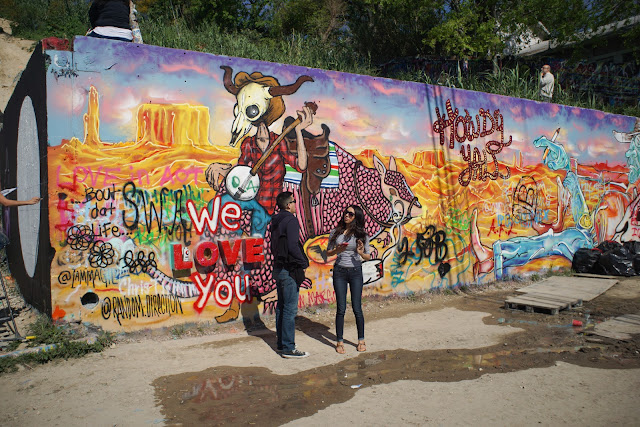 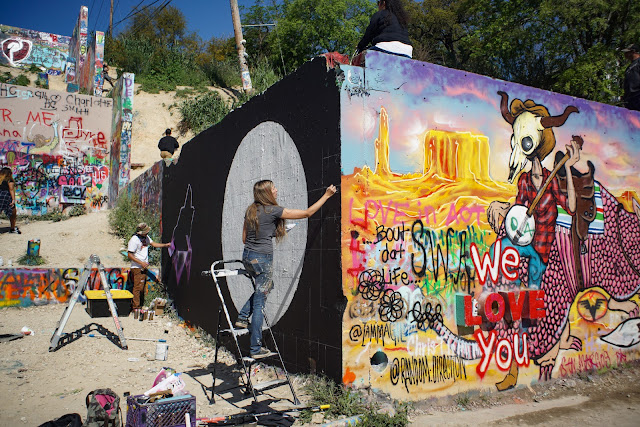 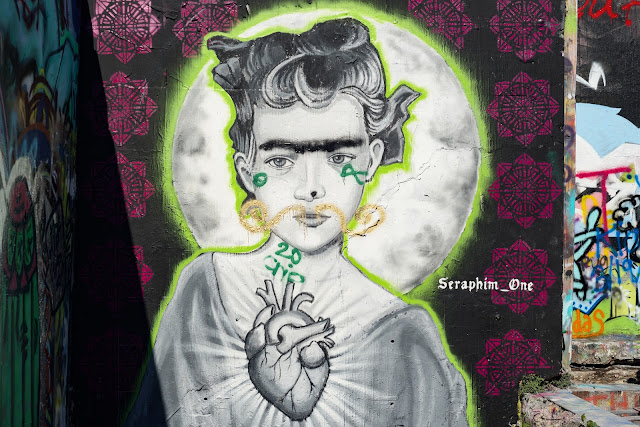 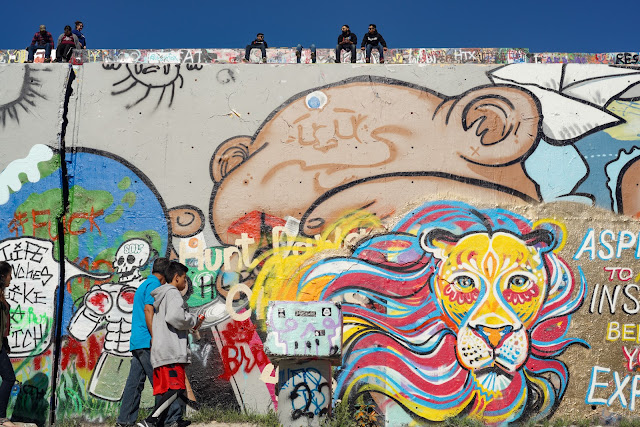 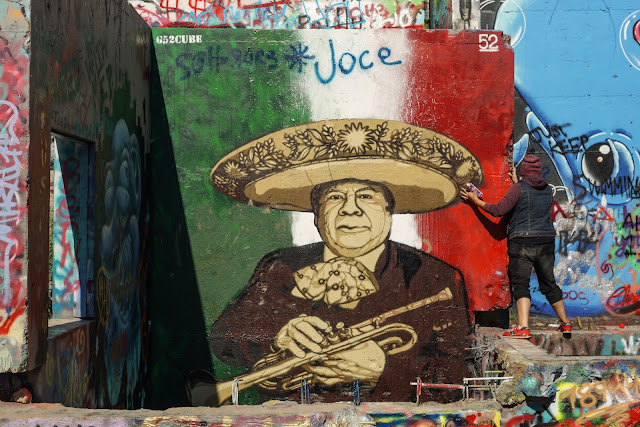 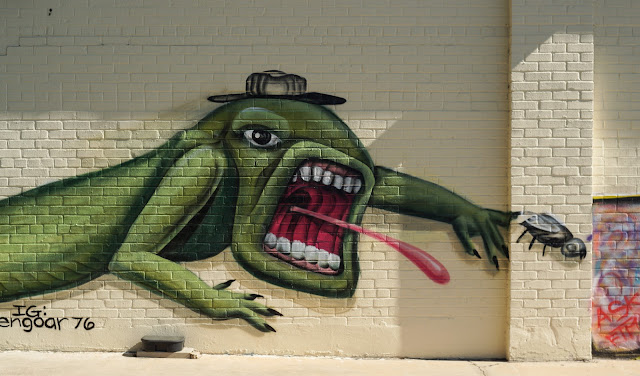 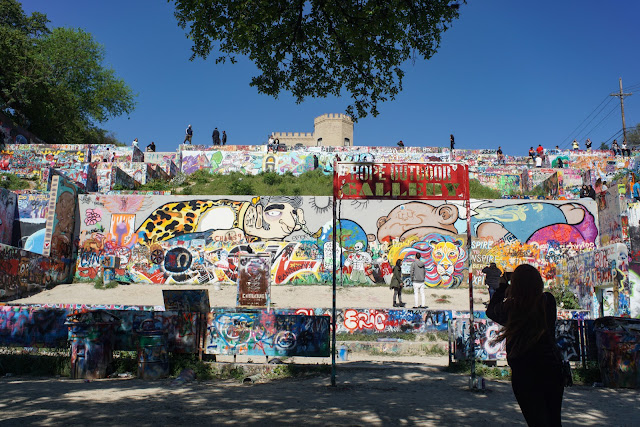 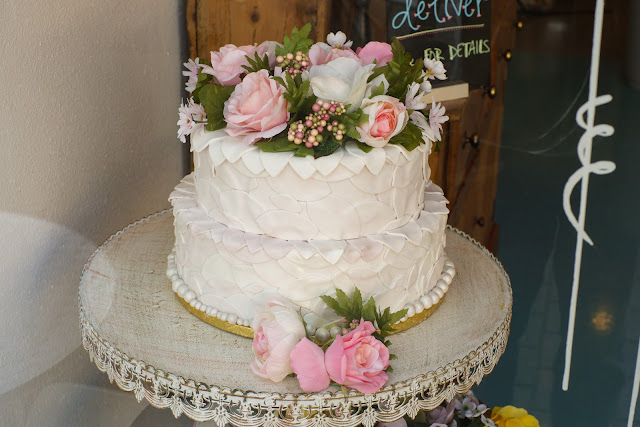 I resisted writing this last part for a while. I took a walk. I took a nap with the dog. But I felt compelled to say this:

With my in-depth use of Nikon manual focus "classics" on a Nikon D810 and D750, and my current testing of cherry picked Pen F lenses from 45 years ago, I have come to the conclusion that the older lenses are as good or better than all but the most premium lenses on offer today in most camera systems. It's true that you'll be trading off things like auto focus and lens supplied image stabilization but I'm okay with that.

If you turn off the software inflicted image corrections provided to most maker's "general audience" lenses and compare them directly to the lenses I'm referencing above I think you'll be shocked to see just how little improvement has actually been delivered in the past 30 to 40 years of lens making and selling. While my ancient 20mm 3.5 Pen F lens has a bit of (correctable) barrel distortion the uncorrected distortions of dozens of current Canon, Nikon, Sony and m4:3 lenses are much more egregious. The little computers in our cameras that make files into Jpegs are throwing away image edges, and tons of pixels in the corners of images, just to get the files to look nearly as good as the ones coming out of ancient lenses. The same goes for corrections in raw files in desktop post production. We only overlook this now because we have enough pixels to throw away that we don't notice the enormity (and the costs) of these fixes until we go to print images quite large.

I know camera sensors have gotten better and better but as the sensors have gotten better I think it's become a dodge or a crutch that allows camera and lens makers to make crappier and cheaper to produce lens designs which they then, knowingly, fix in-camera with computational cosmetics that depend on sheer pixel quantity to hide the side effects.

I shot the image of the cake, above with an absolutely ancient Pen F 40mm lens. Handheld with no image stabilization and at a fairly wide (though unrecorded) aperture. When I clicked in to look at the 100% sample I was stunned at the level of detail and the cuttingly sharp rendition the lens provided. Better than my current collection of plastic barreled, modern lenses? In their own way.....yes. And more fun to shoot with as well. We've come a long way with digital camera but lenses? Not so much.

Well, look at the handheld image, shot through a glass window, nearly wide open and tell me what you think.... here's a one hundred percent detail. Click to blow it up.... your call: 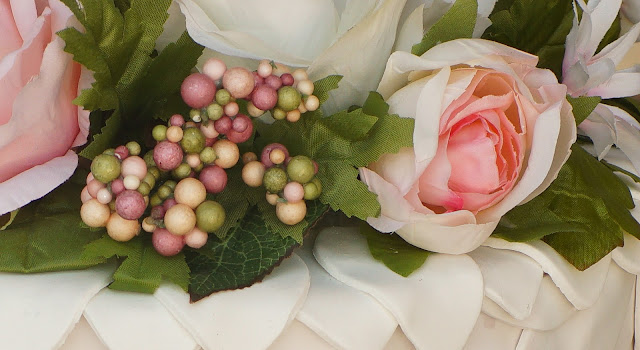 Posted by Kirk, Photographer/Writer at 16:18 6 comments: