There's no law that says you can't own more than one really cool camera. 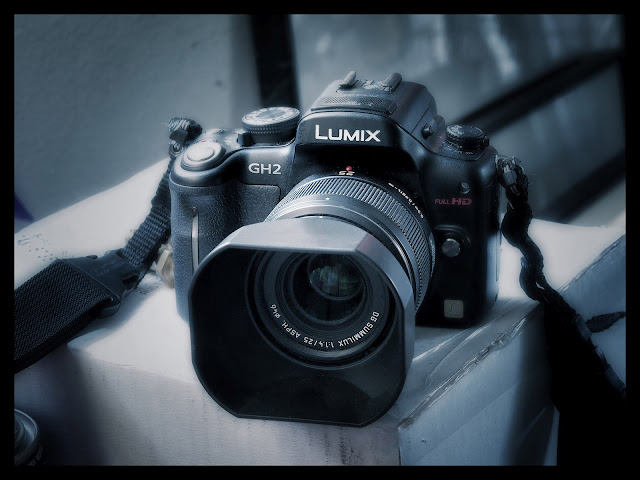 Last weekend things got a bit rocky on the blog when I suggested that the Olympus OMD camera represented a tipping point in the evolution of cameras aimed at advanced amateurs and working pros.  The cadre of very stupid people immediately started screaming incredibly silly stuff along the lines that we'd never see a micro four thirds camera at the Olympics (as though the people who photograph sports at the Olympics are a great and representative cross section of all working photographers and share the photographic interests of the vast 99% of non-professional camera buyers....). I think they meant to say something about full frame cameras having significant imaging advantages over the smaller sensor size of the m4:3 cameras.  They were unable to make the sentences and thoughts match up.

Another less vituperative crew wanted to hold forth about focusing speed in AF-C crippling any use of the m4:3 cameras but I'm pretty sure, given Nikon's great work in incorporating phase detection (fast) autofocus on the their sensor, that all the camera makers will master the vagaries of fast focus within a generation or two.

But the most obtuse group were a contingent of rabid Panasonic owners who felt that giving credit to the OMD was totally misplaced.  That all credit for ground breaking should go to the Panasonic GH2 camera and several other models of Panasonic cameras.  I think they missed the point entirely but that didn't stop them from questioning the number of brain cells I have left, my parentage, and even the veracity of my Kenyan birth certificate...

One gentleman in particular felt that I'd "jumped the shark" and "gone off the rails" in ignoring the Protean contributions of the Panasonic machines.  (Here's the article)

My point was not that good photographers and smart people would finally accept the smaller, mirrorless format (we had already done that several years ago...) but that now the mental blocks that constrained the mainstream of photographers had been removed by a combination of features, performance and handling, resident in perfect measures, in the Olympus OMD.  The Panasonics clicked a lot of boxes.  The Olympus pretty much clicked all the boxes. 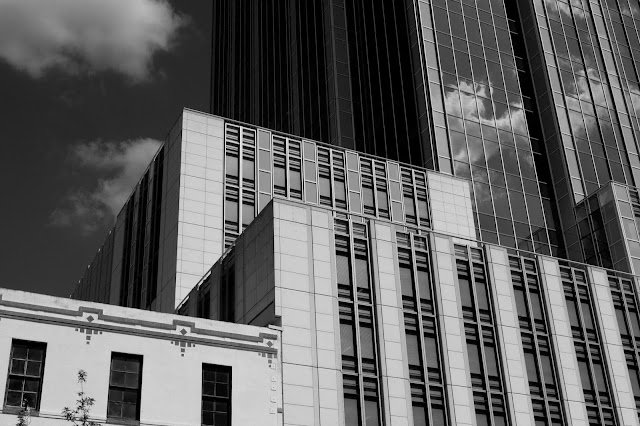 But my intention was only to point out that the whole category is now pretty much ready for prime time.  And I come now not to bury the Panasonic line but to praise it.  Because I've owned several Panasonic m4:3 cameras for quite a while now and like them very much.

In fact, today I went to see art downtown and I took along one of my favorite street and gallery shooting cameras, the woefully underestimated Panasonic GH2.  I coupled it with one of my favorite mini-format lenses, the Leica Summilux 25mm 1.4.  I could have reached into the drawer and pulled out a Hasselblad or a Nikon F or a Kodak full frame digital camera or a Sony camera or an Olympus m4:3 camera but I chose the GH2 for its stealth, its smooth working relationship with the Pan/Leica lens and its convenient size and weight.

In my mind the IQ stumbling block resides mostly these days with the IQs of the users and not the cameras.  I'm sure that the Olympus is somewhat better at very high ISOs and at image stabilization.  Neither of which I needed walking down the sunny streets of America's current most popular destination to relocate...  The trick with smaller sensor cameras and super high res cameras is to work as close to wide open as possible in order to minimize a phenomenon known as diffraction.  The further you stop down, after a certain point, the fuzzier your image gets.  Wow.  Science.  Light rays bending around the edge of a lens diaphragm.  Who would have thought?  Oh, yeah.  Real photographers figured that out back in the film days...

So higher ISO would have been counter productive.  And, already working at 1/1,000th of a second I didn't feel the need for lots of IS either. 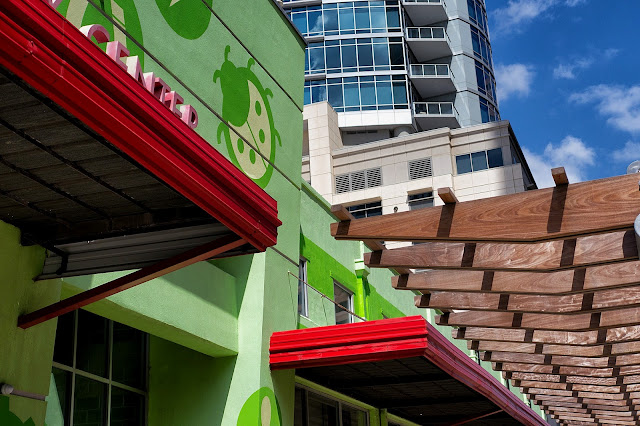 The cold, hard reality is that all the cameras on the market today are pretty darn good.  Especially when you consider that a huge, huge percentage of the images output are viewed at no larger than 1200 pixels wide on the web, and that fewer than 30% of all images generated by advertising and commercial photographers will run in printed applications.  Wow.  So Olympus was pretty much right on the money---for most users---when they said that 12 megapixels was the sweet spot for resolution.

People talk a lot about stuff but I'm not always sure they have any knowledge about the stuff they say.  Take the bad Panasonic Jpeg Color which I've heard about for years now.  Can you say user error? All the Jpeg parameters (sharpness, contrast and saturation) are controllable in the camera.  You can literally set the GH2 files to look the way you want them to.  Is it the camera's fault if you are too incompetent to read the manual and then change the settings to your liking? 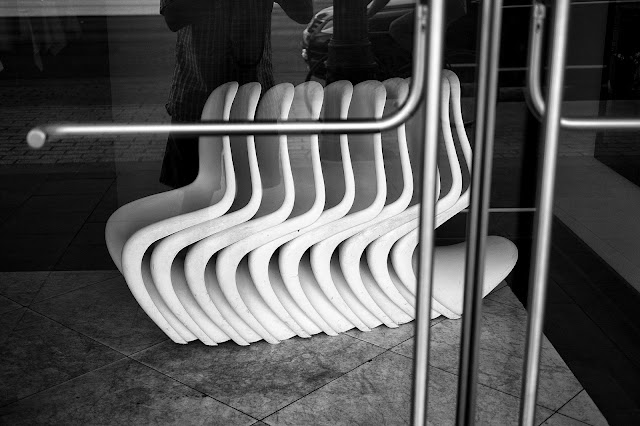 My readers tell me they love to read stuff that's more about the nuts and bolts of an interesting job or the thoughts behind a style or a technique and that they really aren't here for the equipment reviews.  That's a good thing because, based on the feedback I've been getting when writing about Olympus gear, I don't know much about equipment anyway.  But the reality is that when I write about Olympus gear my readership surges to over 50,000 pageviews in a day.  When I write about non-gear it drops by half.  After reading many of the responses I got from the latest flurry of gear reviews I think I might be happier sticking with my regular readers. 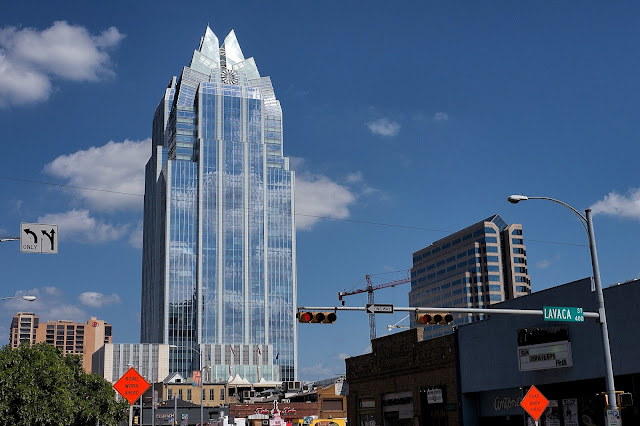 In closing I must say that the Olympus OMD is a very nice camera.  We might just be able to buy one as the next model is about to hit the market, given demand.  In the meantime the Panasonic GH2 (while not really a "break through" camera) is a really fun camera to shoot and puts out files that I think stand up quite well in real, every day shooting, to just about anything on the market in their price range....or even a bit above.

I am not an Olympus or Sony fanboy.  I am a camera fanboy.  Well, older fan-gentleman..

We're just on the kind edge of Summer. Swimming is always on my mind. 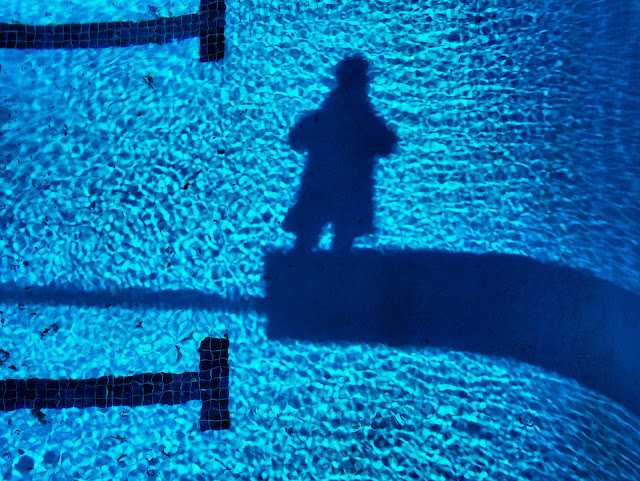 I started swimming competitively in elementary school.  In high school while most other kids were drinking beer and getting high and driving around thinking about getting into trouble I was hitting the pool, along with 35 or 40 other driven, insane teens at 5:30 am, five mornings a week.  Every week.  Including holidays. We'd get in two hours before school started and then head back to the pool after the last bell rang for another hour and a half. On  weekends we didn't have "official" practice but we'd head to the pool in our own little groups and leisurely knock out four or five thousand more yards. I remember having bad swimming withdrawal one day and my parents telling me, "Tough. The pool is closed on Christmas day."

When I got to college I was a walk on to the team.  We did just what we did in high school.  We got up early and swam.  And then we cracked the books and studied.  So is it any wonder that now, 36 years later, I try to start every day with a swim?

I belong to the Western Hills Athletic Club Masters Team.  Our pool is 1.2 miles from my house.  We have practices at 7 am, 8:30 am and noon on Tues-Fri. and 8:30 am til 10:00 am on Saturdays and Sundays.  I've learned to cope with the pool being closed on Mondays by heading down to the famous Lady Bird Johnson Hike and Bike trail that encircles the Colorado River in the middle of Austin and running four or five miles instead.

When we swim there are often two or three world record holders in the pool, at our workouts.  Some days we have several Olympic gold medalists in the mix.  Lanes five and six (the fast lanes) are sometimes clogged with some All American swimmers who have just recently graduated from the University of Texas at Austin.  They go really fast. Austin is a big competitive swimming magnet.

On a good morning I'll go 3,000 or even 3,200 yards.  I try to catch the 8:30 am workout because I hate waking up too early. I've done enough of that.  Lately though, I've been getting Ben up for cross country and driving him to practice so I'm hitting more of the early workouts.

Unlike photography there's not a lot of gear to obsess over.  The pool is maintained by professional staff.  The workouts are planned and supervised by experienced coaches.  We each have our favorite pair of goggles (under $20) and maybe a back-up pair.  We use pull buoys and paddles for pulling sets but those are also cheap, last forever and never seem to get obsolete.

We have a set of training fins for sprint kick sets and those do wear out over time.  I generally plan on getting a new set about once a year ($35).  We've each probably got two or three practice swim suits in our gear bags, in various states of decomposition, but we're careful not to let them dissolve on us.

We have a mix of swimmers.  Some come to us to train for triathlons and some come to us after they've crippled themselves by running too many marathons back to back.  But most are high school and college athletes who've never given up, never slowed down and never lost the taste for the endorphins and adrenaline.

The one thing we all share, whether we joke around or are totally serious, is the discipline to get in and do the work. Rain or shine (but not during lightning storms..)  And the discipline that we've developed in the pool translates into nearly everything else we do.

In truth, I've never defined myself as a photographer.  When I think of who I am the first thing that comes to mind is = swimmer.

So what does this particular blog have to do with photography? Not much. Except to point out the need to have different interests.  I swim because I love the feeling of being in shape.  And I love the camaraderie of other swimmers. It's not like hanging with other photographers and talking about gear.  In the water you're fast or you're not.  It's obvious to everyone in the pool.

I'm heading out to finish up a photographic job this afternoon.  I'd much rather be swimming in the WHAC pool or over at Barton Springs.  I just didn't have anything to say about photography today.  Imagine that.

Summer is here.  I think I'll buy a waterproof camera and attach it to a kick board.  That should be fun.... 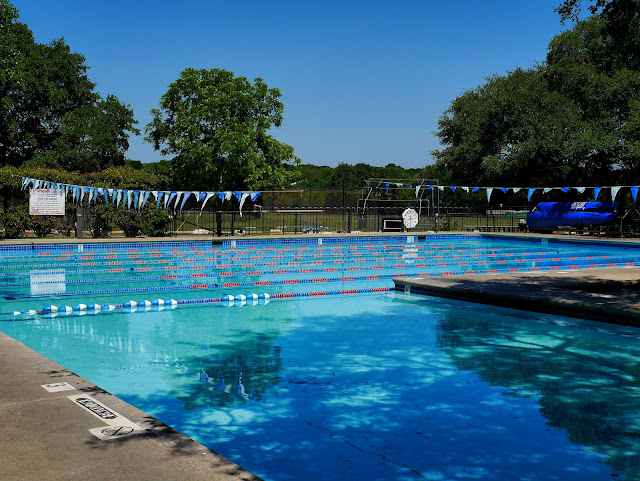 The Temple of Aqueous Joy. 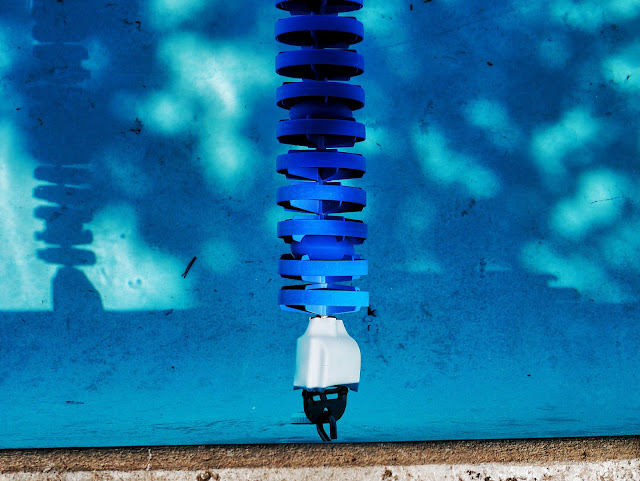 Boundaries are good.  Especially between lanes.

All images taken with the lowly Panasonic G3 camera and the even lowlier 14-45mm lens.