Sometimes you just want a new "beater-cam" to take with you when you know it might rain, camera might get banged around, etc. You know; a camera you like but don't care about.... 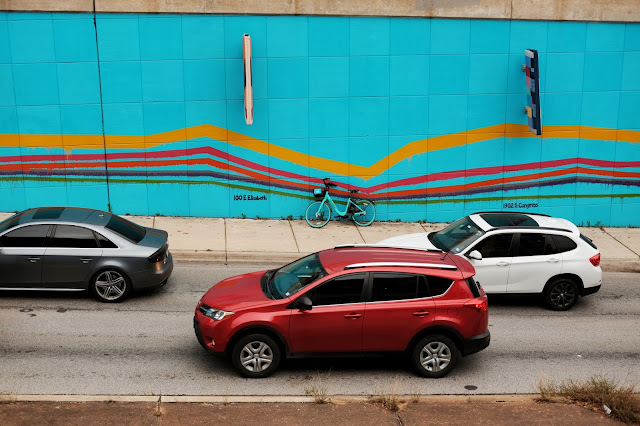 Sometimes people's agonizing desire for a brand new camera is a mystery to me. I wonder what they have at home, in the moment, that makes it imperative that their next purchase be a "new in the box" latest thing. I get it if you are working professionally and stumble across a wonderful series of assignments that could be done even better (or easier) with the latest camera model in your brand's line up. Most of the time, though, we're just scratching the itch to buy something. Anything to satisfy that urge to have more.

You should read this with a grain of salt because even though I resist the "brand new" temptation from time to time I'm as big a victim of reckless desire as anyone else. But that doesn't invalidate my contention that most people want, and should have, a beater camera. A camera that could get accidentally run over by a car and not cause too much grief or inconvenience in your every day life.

I finished up some big jobs recently and I was pleased with both sets of cameras I'd been using. The weather forecasts for Austin were basically calling for a week of rain and general ick. I felt restless and was procrastinating on all fronts. The end of a long string of jobs was giving me something quite rare; a sense of boredom. And when most of us are bored we think about things we can buy and use to alleviate the momentary ennui.

If you are a regular reader here you probably have read that I'm now flirting (heavily) with the Fuji cameras. I bought an X-T3 and some lenses, liked them and bought some more lenses, and then the growing lens inventory led to the rationalization to have a back up body so I bought an X-E3 (which I  also like). But both the X-T3 and X-E3 are brand new, still shiny and, having been purchased at retail, still feel too new to expose to the elements if fees and paying jobs are not on the line.

I wanted a used camera that has the same basic menu structure, the same basic color family and which also takes the same Fuji lenses. I remembered seeing five or six X-E1 bodies up at Precision Camera, on the used shelf, that looked to be unbrutalized and still very functional, and they were priced at $199 each. Now that's in line with what I think you might want to spend for a camera whose existential mission is......to potentially be destroyed. So I got in my car and headed north to put my own hands on the inventory and divine which of the five or six bodies emitted the best aura of usability for me.

I played with them. I played with a Fuji X-Pro-2 (not loving that one....although it's the camera that should be the most interesting...). And then, nestled in the cluster of X-E1s I came across a very well maintained X-E2. It was priced at $295. I leaned on my sales associate and got a slightly better price. I'm sure it bugs him when I do that but I did live in Turkey for two very formative years and I can't bear to buy used stuff without a little bit a ritualistic bargaining.... 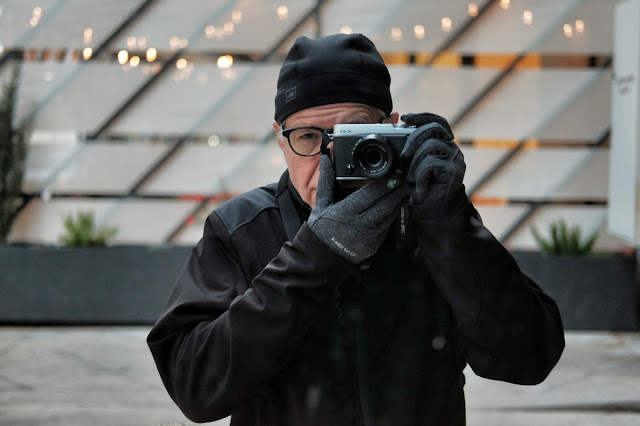 It's all black except the camera. And the gloves.....

I brought the X-E2 home, charged its battery and read the actual, printed owner's manual cover to cover. Then I put on the 35mm f2.0 lens and went out for walk in the hazy drizzle to see how I like the whole assemblage. I did.

It's operationally a bit less refined then the model "3" but it's largely speaking the same user language.
It's sixteen megapixels instead of 24 megapixels but if you've followed the blog for any length of time you'll know that I may consider that a strength rather than a weakness...

Drizzle landed on the camera and lens and I brushed it off and kept shooting. It's a pleasant package and the light weight of the unit makes hauling the X-E2 around a burden-less experience. I like the files I got from the camera and I like using it in the totally manual mode. So, less than $300 bucks for a fully functional, 16 megapixel camera with nice colors in the files. A good beater camera for sure. 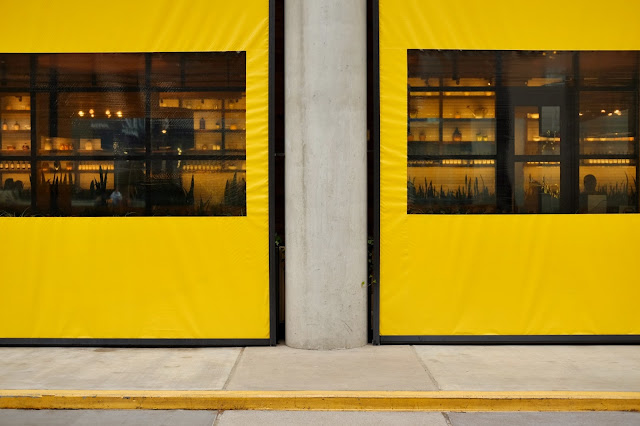 And the yellow is nice. 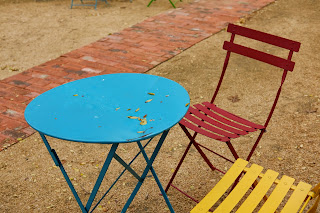 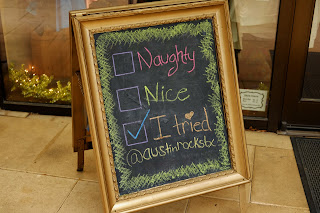 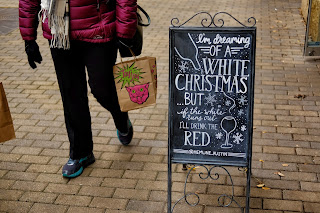 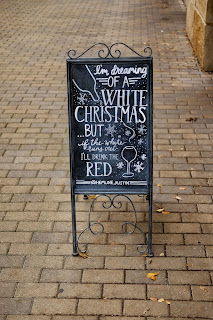 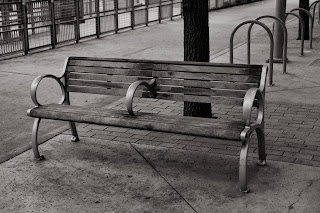 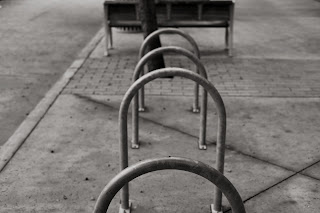 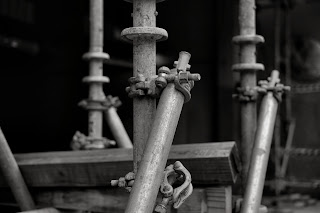 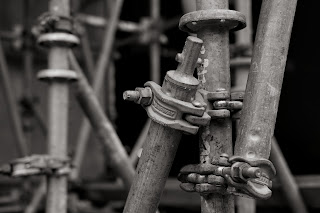 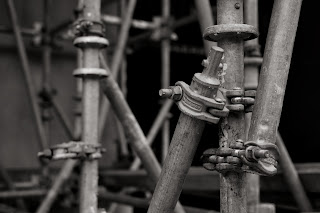 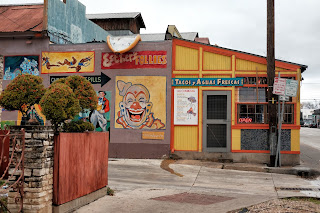 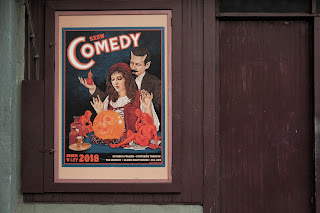 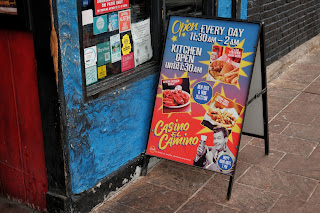 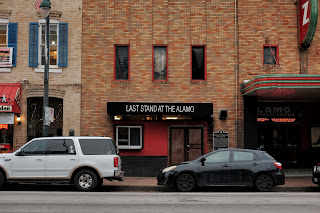 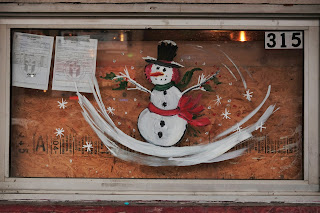 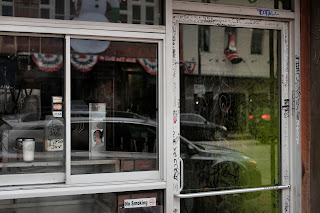 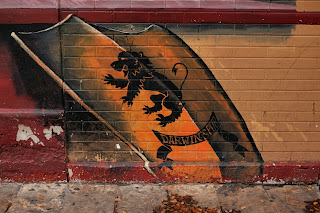 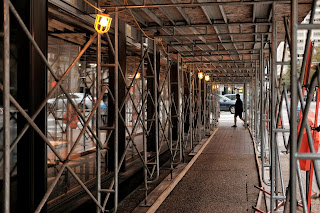 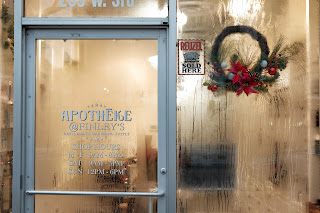 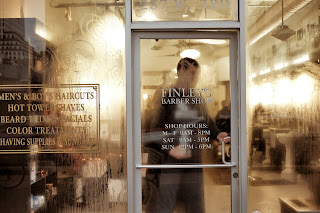 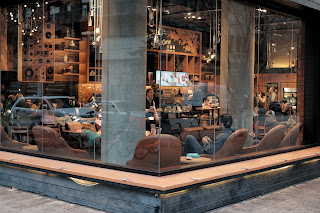 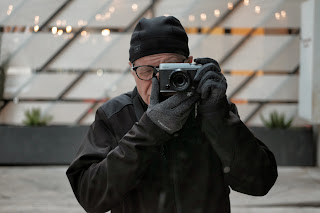 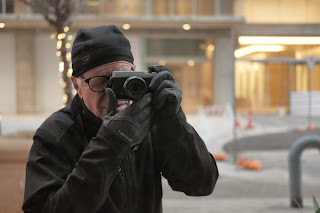 Posted by Kirk, Photographer/Writer at 16:48 18 comments: