I think I've got the focusing/sharpness issue with the Panasonic fz2500 under control. 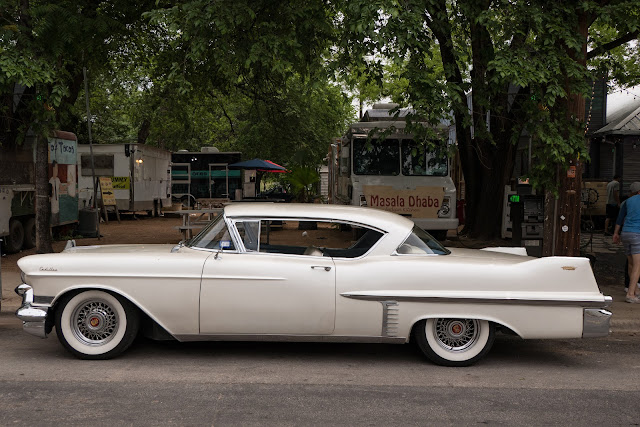 I initially had many photos that weren't quite sharp enough when I viewed them at larger sizes. I shot with the camera at a technical rehearsal at Zach Theatre, a few weeks ago, and found that with manual focusing and pin point focusing I was able to get a high percent of medium and long focal length shots in perfect focus. Count the eyelashes focus.

Since then I've been trying to fine tune my camera settings in order to get highly repeatable results. Today was my day to mess with noise reduction settings. I shot raw and used the Standard profile as my base. I went into the profile parameters and turned the noise control all the way down. I boosted contrast by one notch and then I spent the day shooting. I am using the pin point focus setting with the sensor in the middle selected. I also have the focusing speed set to one notch down.

I spent a couple hours walking around town, shooting everything at ISO 125 and I am happy to report that every frame was perfectly focused and convincingly sharp. No misfires and no misplaced measurements. Now I am happy with the camera as a photography tool. I'm already very happy with it as a 4K video camera. It's nearly perfect in that use.

The images of the old Cadillac are from the Rainey Street neighborhood. The votive candles are from Mexicarte and the deck plate live somewhere on West Fifth St. All the files sharpen up well and there's very little noise to be seen in spite of the minimal noise reduction setting. 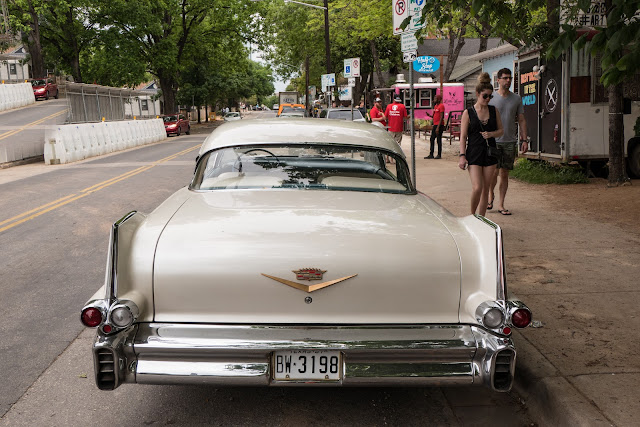 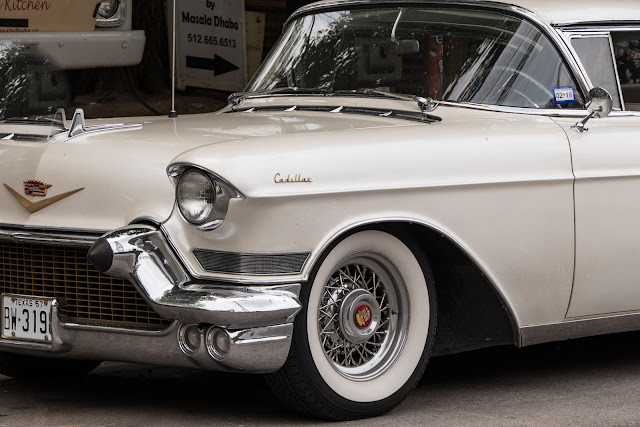 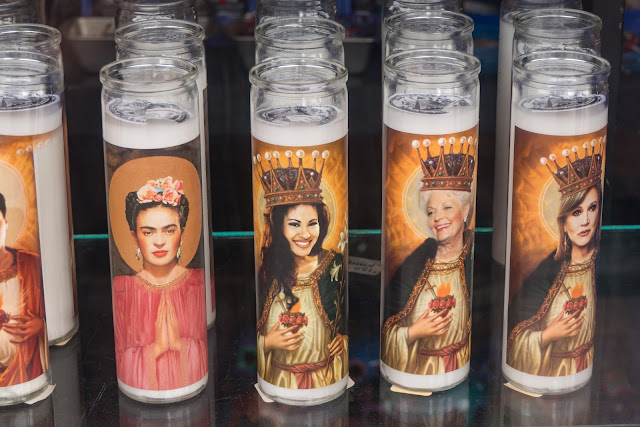 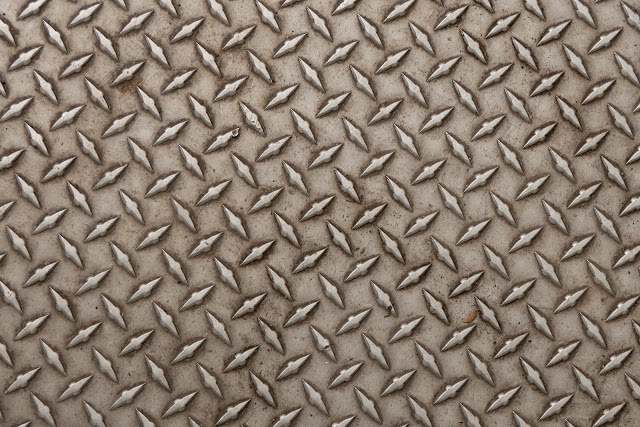 Posted by Kirk, Photographer/Writer at 21:51 3 comments:

My Interview with Chanel as Billie Holiday in Zach Theatre's, "Lady Day at Emerson's Bar & Grill."

I recorded this interview at Zach Theatre on April 5th. The still images I used as b-roll as from our dress rehearsal documentation on April 4th. The video footage of rehearsal was recorded on April 2nd.

Tech notes: The still photographs were taken with a Sony RX10iii camera while all the video content was recorded with the Panasonic FZ2500 camera using its 4K video setting. I lit Chanel's interview with two large, Aputure Amaran 672W LED panels plus two smaller panels from the same company.

Audio was recorded with an Aputure Diety shotgun microphone.

My next video is an interview of the production's director.

(please click through to Vimeo and choose the 1080p, HD version of the video for best quality).


I decided to film Chanel's interview at Zach Theatre with the fz2500 because my early tests showed me that the color in video was rich and accurate, with little of the overly sharp renditions I'd seen in other, similar cameras. It's incumbent on a videographer to take the time to test the equipment ahead of time to see, personally, how the settings on the camera affect the final results. I was able to see a kinder skin tone rendition with the Panasonic.

I set the camera up to shoot UHD 4K with the idea of downsampling. But, rather than downsample by transcoding on the import of the material I decided to actually work with the original 4K footage in the edit and only apply the transcoding when making the output version into h.264. I thought I would see improvements in overall quality when done in this fashion. When I output the video to the h.264 codec I saw two things: The compression of h.264 exacerbates the noise by a bit (not too troublesome) and it also compresses the tonal range of the middle tones enough to make the overall files slightly darker than they are in Final Cut Pro X, or when played in their native format via QuickTime Pro.

Just to test a bit further and to see where the limitations really hit I also output the file to a Pro Res 422 HQ file. This file had 10 times less compression. The h.264 files weighed in at 695 megabytes while the HQ files tipped the scales at 10 gigabytes. Viewing them side by side makes on more aware of the destruction wrought by compression. The bigger file is much more tonally detailed; the tones are well separated and the tonal transitions are as smooth as they seem in real life. The bigger file also shows less noise in comparison. It's really a moot point for a project like this one which will be used on YouTube by my client. The amount of compression in YouTube's process is at least a whole order of magnitude more destructive than the conversion to h.264 out of Final Cut Pro X. I wish I could show clients, family and friends (and Chanel) just how good the high quality file looks on a calibrated screen in a viewing appropriate room.

I think the secret to getting good video from an $1100 cameras is to pay strict attention to fundamentals. There can be no slop in exposure calculation. If you need to bring up exposure from an underexposed file you'll end up losing precious detail and it will degrade image quality. Don't plan on boosting shadows after the fact; take the time (and light) to fill the shadows to the level you'll want them in the edit before you push the record button. Controlling the range of tones, and the overall dynamic range, is an artistic step as well as a technical process. They are intertwined.

The same applies to color correction. If you've worked with smaller Jpeg files in photography you'll know that they can't be totally corrected if you didn't get it right in camera. Push the blues and you kill the yellows; push the magenta and kill the greens. It's all as interrelated as the Buddhist view of the universe. If you are working with an inexpensive camera you don't have the luxury of endless latitude but, guess what? the DPs I talk to don't believe that their twenty and thirty thousand dollar cameras have latitude to spare either. They get color balance correct in camera. A quick custom white balance at the head of the interview prevents hours of slider jockeying and teeth gnashing later in the process.

If you have the color and exposure nailed into place then the next thing to worry about is shadow and highlight mapping. I use the shadow/highlight tool in FCPX a lot. For this I had a one notch increase in shadow exposure and a one notch decrease in shadow exposure (on an S curve) which helped to open up the shadows and keep highlights from burning out. In the CineLike D profile I used I changed several parameters. I upped the contrast by one notch, upped the sharpness control by one notch and decreased the noise reduced by three notches. In retrospect I should have also reduced saturation by a small amount.

I took the time to light everything. There is a big, soft main light and a big, soft counter-balancing fill light on the opposite side. I have lights on the background and a weak backlight on Chanel. The lights establish the highlight and shadow range and are critical to the way I see video.

The one place I wish I had more control was over the ambient noise in the theater. The theater is a large space and we were just a couple hours away from a full audience show. In Texas it is critical to keep the house at the right temperature and we were unable to turn off the air conditioning. You can hear as a low frequency noise bed. I was torn because a lavaliere microphone might have gotten me a bit less noise but the lower noise would have come at the price of really clean high frequency response and also clarity in the mid-tones. I made the choice and I'll have to live with it when I listen to the final result in a quiet room.

I hope you enjoy the interview. Chanel is a world class singer and actor and, I find, an interview subject who makes her interviewers look more competent. I appreciate the time and expertise she put into helping me tell this story about the her show; and about Billie Holiday.

Read this book and save your creative life.
Posted by Kirk, Photographer/Writer at 11:56 10 comments: