Why I am "okay" with a Q2 and am not rushing to line the shelves with digital Leica M cameras. And lenses.

Life is short. If we're lucky we get to buy and play with whatever we want. 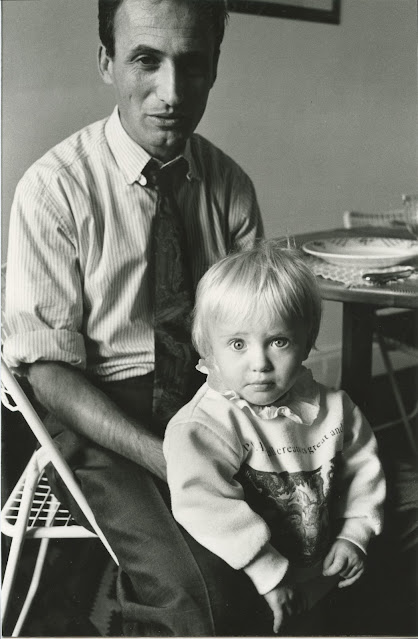 In the L mount system I can always substitute less expensive Sigma and Panasonic alternatives for Leica gear that isn't mission critical. But once you stumble into the M system cameras your lens choice are stark. You either pay top dollar or you get cheap, third party lenses that just don't perform well enough to justify your original investment in the system.
And then there is the fact that M cameras and lenses don't share the weather resistance of the Q2 or either of the two SL camera models. That's a lot of camera inventory to take out into the rain or snow with no assurance that it will survive....
And finally, some of my advertising work means I have to follow comprehensive layouts to the letter. The parallax and occluded viewing through the optical rangefinder (occluded in one corner by the lens) means more struggles to get images lined up just right. The workaround is Live View and that works well enough but sometimes you really want or need to use a eye level viewfinder. I guess you could splash out even more cash for the attachable accessory EVF but wow. A lot of stuff to keep track of when you should be concentrating on creating an image instead of managing inventory.
For work with flash (not TTL but studio) the SLs are better configured and easier to use. I've also become attached to zoom lenses for some kinds of work (environmental portraits...) and it would be sad not to have the 24-90mm zoom ready to go just to have the bragging rights of using a rangefinder Leica.
The Q is a nice alternative to that whole system approach. If I was in charge of Leica products the very next item on my "we must build" list would be a Q50 with a 50mm Summicron lens permanently attached to the front at the same price point as the Q2. Then one could have a nice faux rangefinder system that's easy to AF, easy to AE and could cover a variety of focal lengths ---- all for less than $12K as a duo.
Maybe Leica could sell them as set and toss in a little discount. They do discount. If you have registered a product with them previously you can now (until the end of Dec) get an SL2 or SL2-S and receive a $1,300 discount off the list price. No add-on gear required. You don't need to package the cameras with a lens or any of that nonsense. It's just a straight $1,300 savings. That makes an SLS-2 a bargain at under $4,000. That makes a lot more sense to me than an M11 at $9K. And a lot more useful (to me) as well.
Some other time we should discuss the old Leica R system. I have painfully deep knowledge of that system as well. Just dyin' to share. Not that Leica will be much pleased....
I'd do a gift guide for you for Christmas but this is not a "for profit" site. I have no affiliates. And I already got paid by my professional, commercial photography clients. OMG. A real, live working photographer. Who would have guessed?
But I'm still interested. What's on your list?
Posted by Kirk, Photographer/Writer at 15:12

Subject matter thanks to platinum level commenter on VSL: CRSantin.

Thanks for the inspiration. It's not the first time.

I'm hanging around for the january sales, tax bills are due end of Jan here so the sale raises cash for it, hoping for a tasty discount on an x-t5 or x-h2, it's not a black friday kind of sale, I got a bunch of stuff that'd been hanging around for long enough to have stuff growing on it last year, sent the filter back and cleaned whatever it was off the bounce card I got, took a lot of elbow grease that one.

I like the look of samyang/rokinons new AF cine primes, E mount only at the moment, I emailed rokinon and asked nicely for x mount versions, my theory being that if an aps-c lens lets in more light on mft then a ff will do the same for aps-c, they're all 280g, supposed to be for drone mounting apparently, all f1.8

Thanks for the shoutout Kirk and glad I could be of some use...but what the hell happened to the whimsical, care-free Kirk Tuck who bought a camera or two just for shits and giggles? Since when did Mr. Tuck become so responsible and reasoned? I live vicariously through you, at least when it comes to camera gear. Leica in Canadian $$$ is rather prohibitive, at least for me. The cheapest Leica I can get in my currency is the M5 and the SL, both at about 2k used. Everything else is closer to 5k, without a lens. I've never so much as held a Leica so it's more of a curiosity for me than a necessity. And the Youtube folks do nothing but gush over everything Leica so that's of no use to me at all.

Do you have a link to that Kodachrome?

Well said, Kirk. I don't trust the rangefinder to stay calibrated either. Many of us in the Leica community are lobbying Leica to produce an M12 with EVF and IBIS, rangefinder be deleted. Then would be a merger of SL and Q lines with a smaller camera than a SL and interchangeable lenses of the M.

Price would still be a shocker. But oh, those Leica colours and build bring a smile to my face.

My Canons do the work for me and I have to do the heavy lifting of them without the smile. I won't buy an M until the mis-calibration issue is fixed. I am using a SL2 with m lenses to cut the wight down when I want to use my M lenses.

CRSantin, I just bought my 7th Leica. How is that anything but irresponsible and unhinged? And I was trying so hard....

I still have my M lenses but haven't bought a digital M body, yet and I'm not sure whether I will do.

A Nikon ZII with the 24-70mm f4 appeals to me. Although a longtime Canon FF user, (TSE, etc), the current mirrorless cameras and lenses are a step down in terms of engineering and image quality. The R5 is very mediocre, a view reinforced when our small unit at the medical school had our group photos taken by the uni photo dept - with an R5, only last week.

News shooter, 70's in Los Angeles basin. Leica rangefinders were the only film cameras in the courtrooms per order of Presiding Judge. Quiet shutter was the reason. The order was Brand Specific even though some others were as quiet, if not quieter in use.

I've been pining for a camera with a stacked CMOS sensor for wildlife. Sony's A1 and A9 cameras are simply too expensive for me. But Fuji's X-H1S? Perfect. It's at the top of my Christmas list - and I already have the lenses for it.

Biro, did you mean the X-H2S? The Fuji XH cameras are great!!!

Let‘s have a Q with M mount please, or an M with inbuilt EVF. So that folks with (strong) glasses or otherwise impaired eyesight, folks who love wide open apertures and/or tele lenses, and folks who like to shoot in low contrast, dark or otherwise challenging light situations can get a hand with accurately focussing gorgeous M glass. And no, I don‘t like an external EVF instead - a bit like a baby cart coupling on an Italian racebike -, in fact have sold my only M because I really got to hate it in 8 years of grudging usage.

Thank you for writing (what could be) my story of frustration with Leica M cameras. I am keeping my M9, for the CCD sensor, but the newer M bodies have not been much of a temptation.

For my M lenses, an SL2 has become the body of choice. Not to mention a great body for adapting legacy lenses in almost any mount. Though, we will see if the joy of use remains when my body comes back from Leica service; my sensor/light meter has serious over exposure issues and I have been warned the wait could be 6 months. :”(

This year I took advantage of the special offer on the Panasonic S5 W/ 20-60 kit lens, so I have something L-mount to use while my SL2 is in for service. Unless, I yield to the temptation of the Fuji XT-5 instead. Fuji seems to be working at becoming the next Leica.

Do not go look at the Pixii web site. It won't do you any good.

And Kirk, I also concur with a Qx sporting a 50mm lens - with an aperture wide enough to also keep the same 49mm filter diameter as the Q2 please. Given the real estate of some 50MPx and perhaps more in future, the 28/50 combo easily has you covered 28-100mm, perhaps even beyond (YMMV).

If you had a 50mm fixed lens Q then you might as well retain the current digital cropping modes like the current Qs: 50-75-90-135mm. That would be cool.