An art gallery and other expressions of popular culture in Austin. Oh, and a few images just because we like the pretty colors.... Oh, one or two pix? NSFW. Unless you work from home. 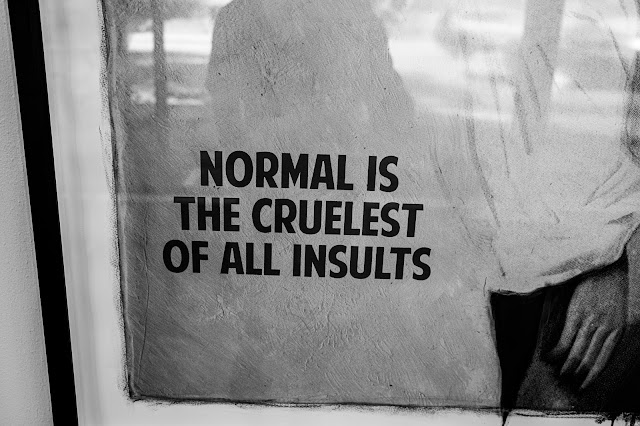 Tired of raccoons, tired of cars, tired of tax accounting, and tired of being cooped up. I took a lightweight camera out on Saturday to see what might be going on outside these days. Here are a few images from a dubious art gallery show called, "Provocateurs." And then a few images from the bar scene. And a few images of questionable fashion photography and then just some nice, bright colors.
When you don't have anything in particular in mind it's nice to take a small camera like the Fuji X100V along with you. Put that sucker on auto and remember to look up above eye level every once in a while.
Bummed to have the end of the month show cancelled, postponed, rescheduled or whatever. Happy the raccoons seem to be gone.
I've been watching the Canon, Nikon and Sony announcements with some interest since this is and Olympics year and if Japan pulls off the Olympics the three big camera companies will all want to be on site in force. It seems like the new, Canon R3 is a nod toward sports photographers who want to go with a mirrorless option and, I'll be surprised if the Nikon Z9 isn't designed with sports photographers in mind as well. Sony has already shown their hand with the Alpha One. I'm still reeling at the idea of 50 megapixel files shot at 30 fps. And that's raw+jpeg, not just one or the other. I'm still trying to imagine how the poor editors sitting in trailers around the various Olympic venues are going to edit that stuff... Talk about filling up hard drive space.
The problem for Nikon and Canon, and to a certain degree, also Sony is that there are actually very, very few long, fast lenses available for any of the recent mirrorless systems. I'm thinking about the much used sports optics like 400mm f2.8 or f3.5s, the 500mms, 600mms and 800mms that I saw in use by many shooter in the last two games. When push comes to shove I wonder how many photographers will have to retrench into the D6s and 1DXmk3s to get the job done the way they want it done. And how can Sony retrench? It should be an interesting time.
I'm not sure it matters that much these days. I keep hearing from my younger photography friends who are shooting sports professionally that so many of the resources are being aimed almost completely toward the video crews. Many of whom will be originating in 8K and 6K this year. If they increase the shutter speeds and frame rates there is real potential to pull stills from the video footage that rival the generation of 24 megapixel still cameras still in wide use for events like these.
When one considers how close a 30 fps in stills and a 30 fps in video are it's largely a toss up except that still photographers can opt to shoot higher quality raws. I can't imagine film crews choosing the shoot raw for events like this. The would need cargo trucks to haul off the storage drives...
Mirrorless for pro sports will have arrived when the long, fast lenses show up... 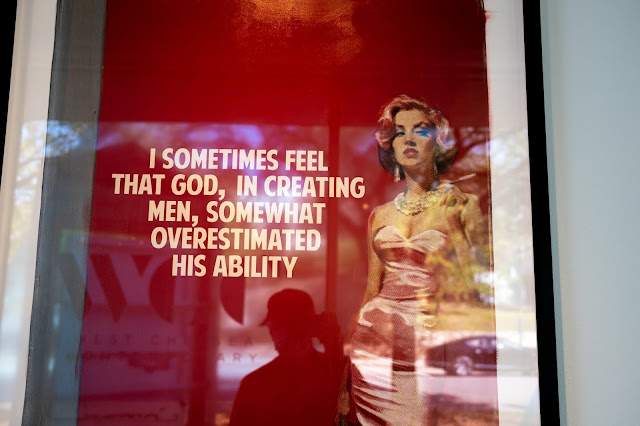 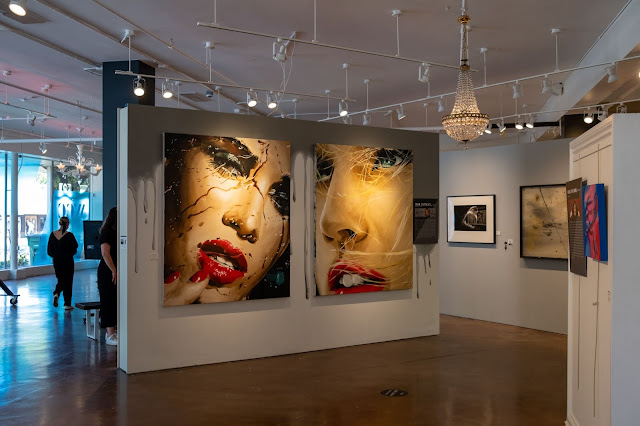 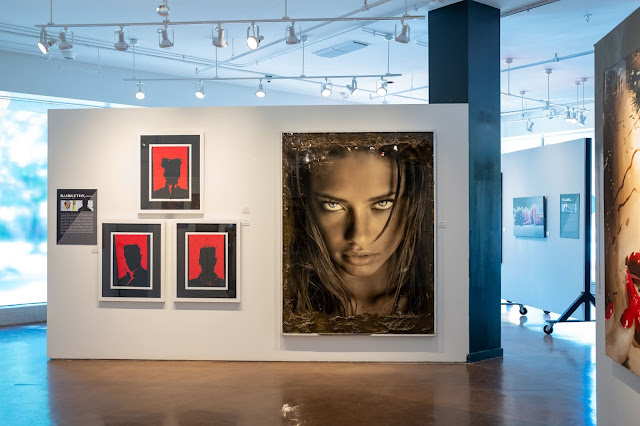 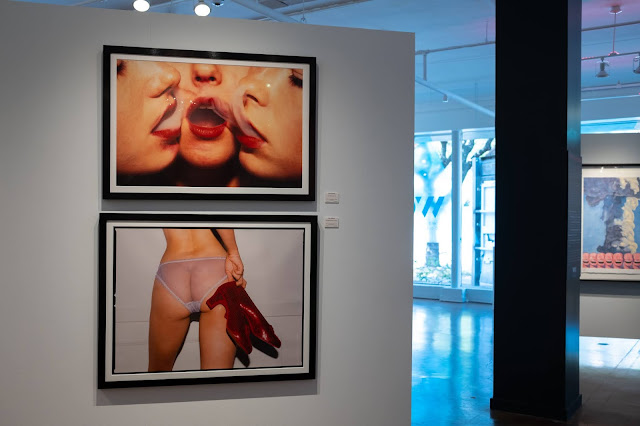 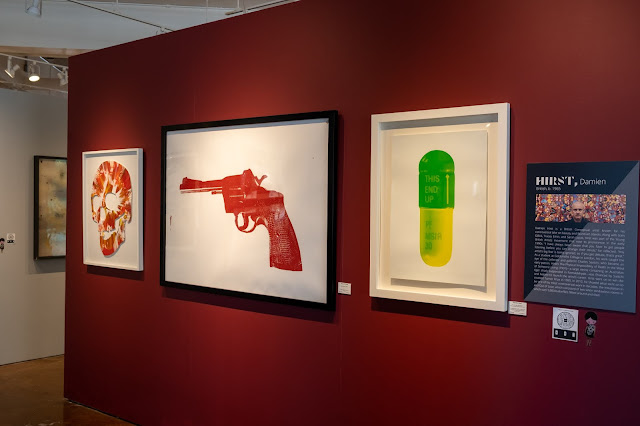 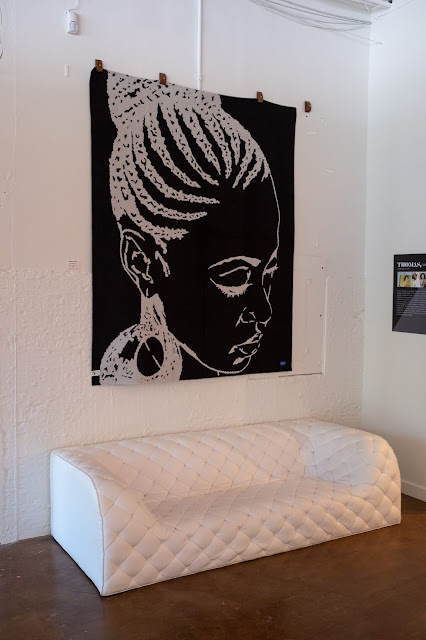 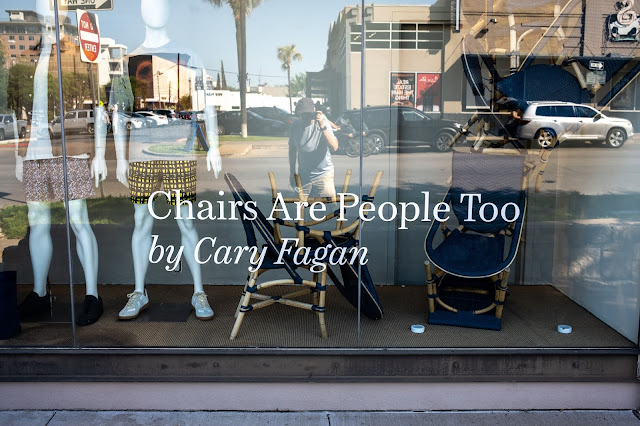 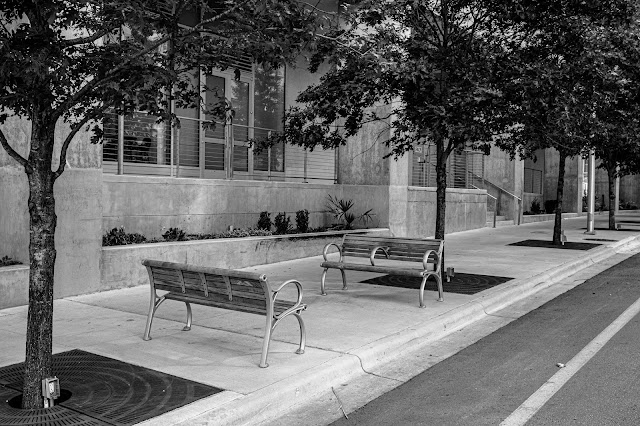 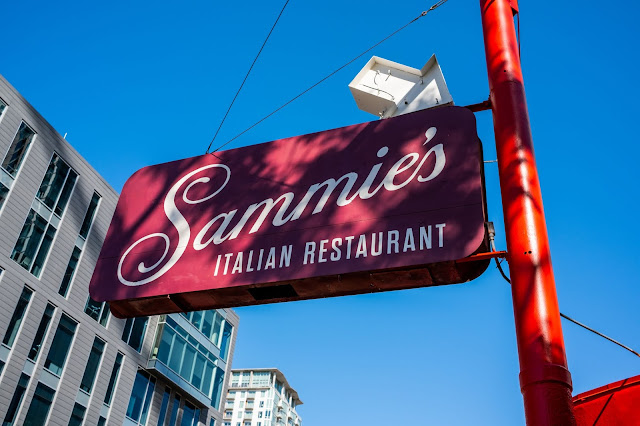 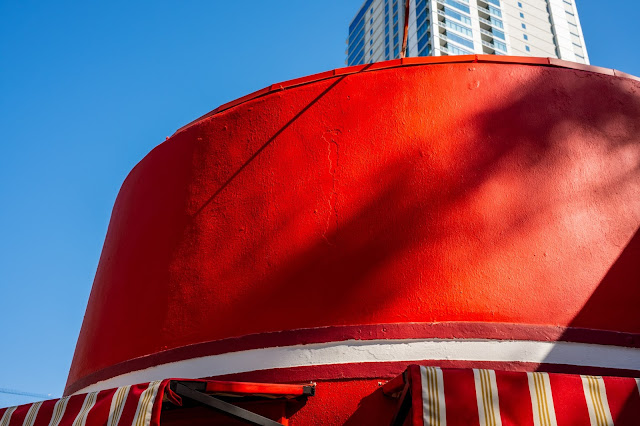 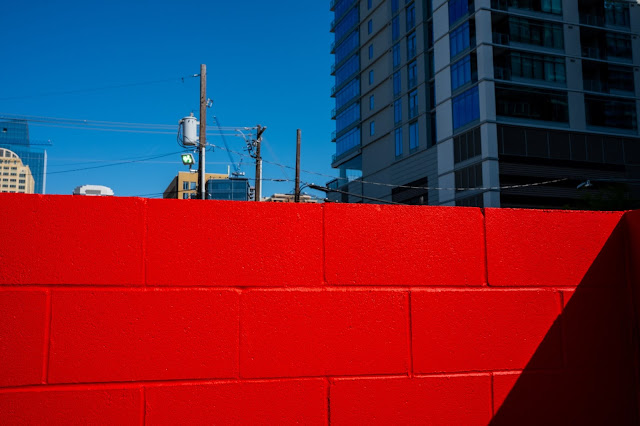 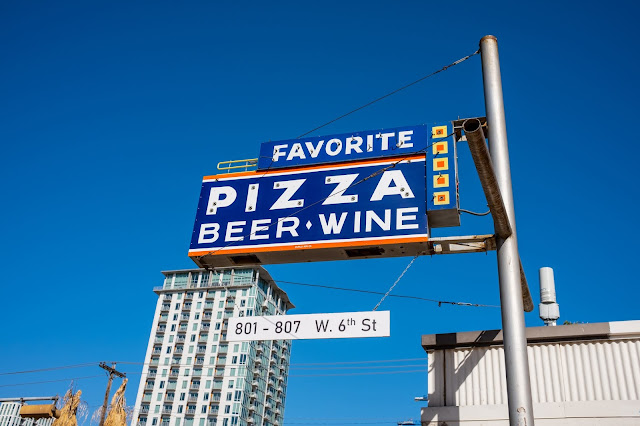 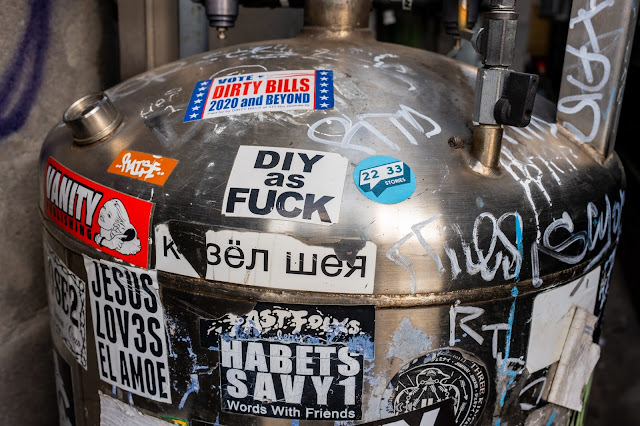 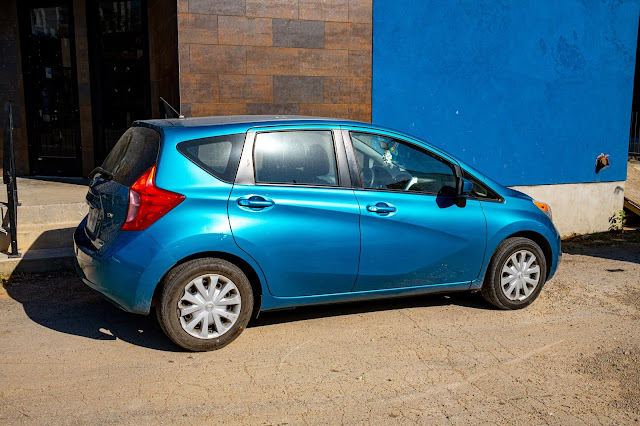 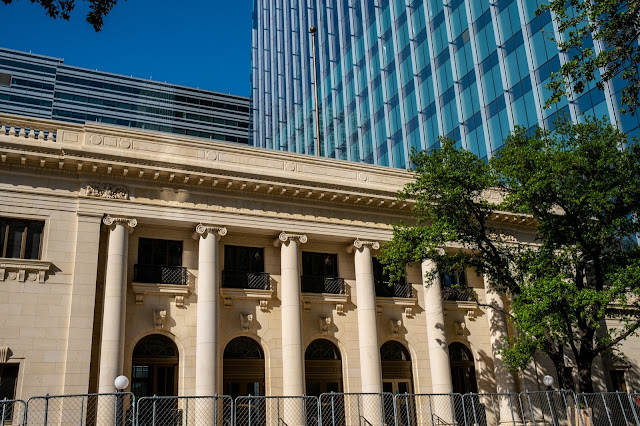 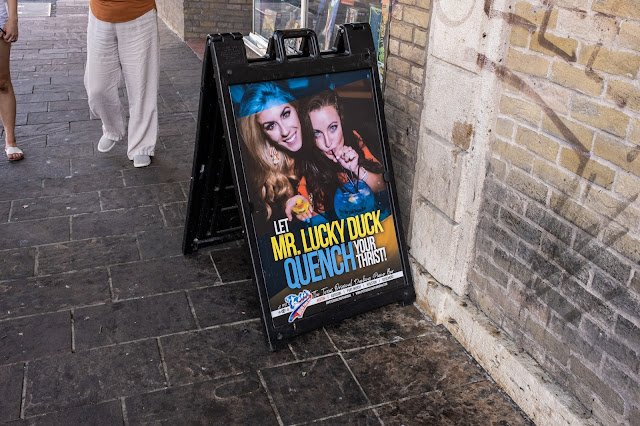 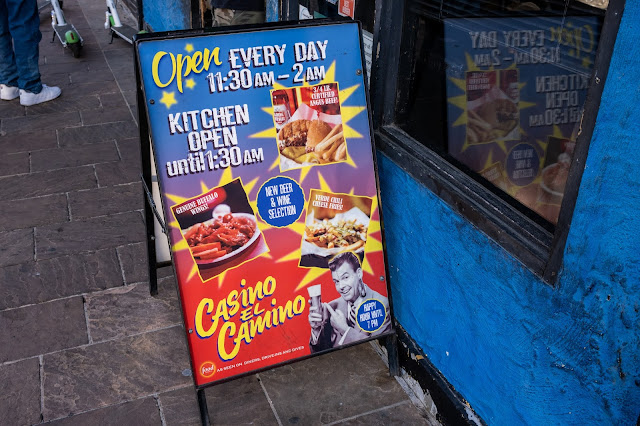 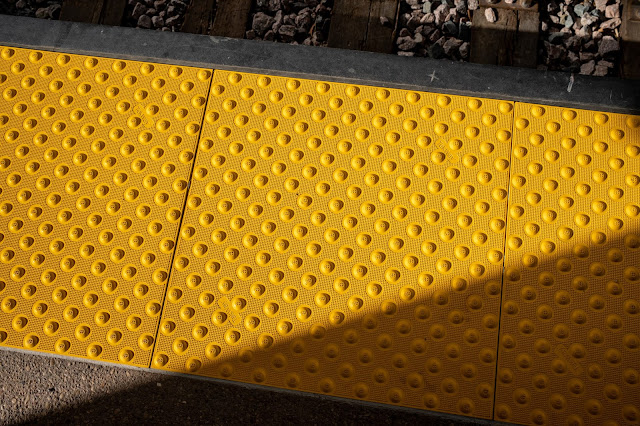 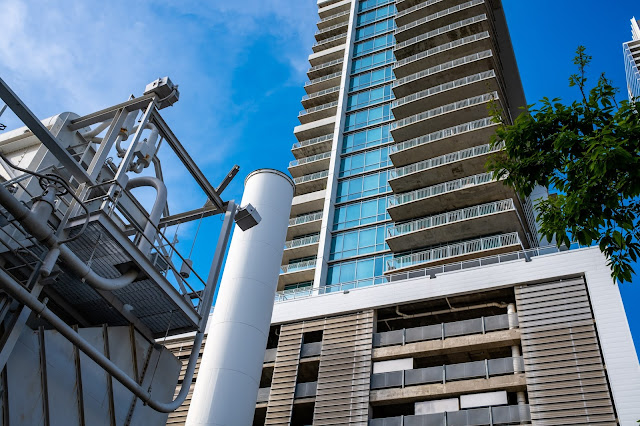 Another shot just because I wanted to see the difference between Leica color and Fuji cameras. Straight out of the camera? Fuji in first place. 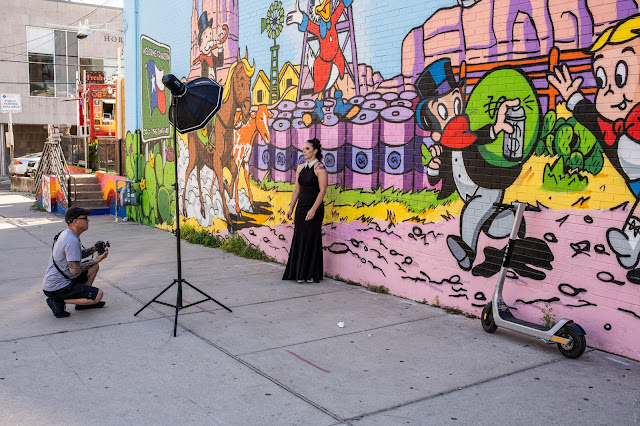 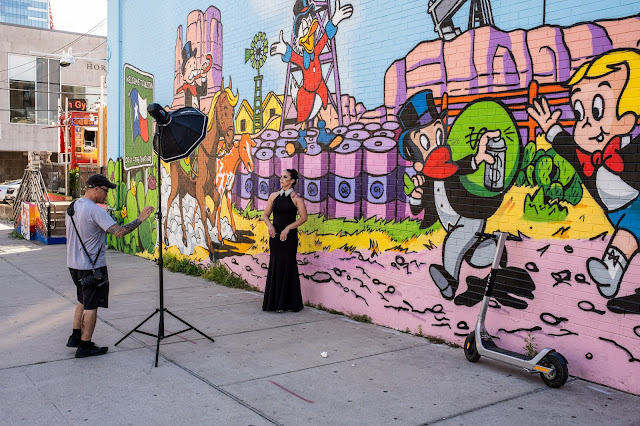 Posted by Kirk Tuck, Photographer/Writer at 11:32

Probably there are not fast long lenses because is less of an issue now. Sport DSLR cameras used to have low resolution sensors to achieve high fps numbers - hence don't have much margin to crop the images, and looooong fast lenses are needed.

With the A1, for example, you have 30fps with 50mp images - you can crop it to 1/4 of the image and still have the old 12mp standard image from the old top DSLRs. With it you can use shorter lenses.

No need to worry for the Canon photographers. Canon just announced some long fast and of course expensive teles for the R system. Really it doesn't matter much for Canon shooters as the R cameras focus just as well with the old EF glass. If you're a Canon sports photographer you most likely already have the lenses you need.

Both good points. Thanks!

Gallery show looks intriguing. Have not stepped into one since (checks watch) two calendar years ago. More or less have forgotten what that's even like.

Uberteles for 135-format mirrorless have been largely limited to Sony's G Masters (400/2.8, 600/ 5.6 in particular) but as of this week it appears Canon has effectively welded the adapters to their analogue 400/2.8 and 600/4 USMs and named them RF400 and RF600. No idea whether they functionally differ from the SLR versions--most likely some fiddling with the OIS to make them play nice with mirrorless IBIS. Not a Canon guy so don't know the fiddly details.

I used m4/3 for my sideline dad pursuits and in particular, the Oly 40-150/2.8 and 300/4 Pro lenses+OM-D E-M1 series bodies gets the job done with little fuss. They just work and I cover matches, track meets, etc. very effectively with the two-camera rig (no monopod).

Chatted up another sideline dad with an A9+400/2.8 and his setup produced lovely, practically 3-D portrait quality player shots, but he wasn't shooting the match per se, more concentrated getting the individual players. If I were to mimic that approach via a pair of A9s fitted with a constant-aperture fast mid tele zoom and the 600/4, I'd be out the price of a nice Subaru. Pass. Maybe next lifestyle.

RE Leica vs Fuji for colors out of camera, I prefer the lower one. Which is which?

Were these shot as jpegs? If so which profile did you use or did you use a Fuji profile,processing if RAW? It is so hard to tell whether what I actually get, once Blogger has finished whatever it does to present the images in one's browser and viewed on my monitor, is what you actually intended. Assuming what I see is accurate I am struck by how different the look of the colors appear in your recent Leica shots vs Fuji. The Leica's make me feel like I am looking at Kodachrome 64 and the Fuji's looks like something between Astia and Velvia. While the Fuji's do appear a bit more saturated they nonetheless feel more "natural" to me with less shift in the colors - as if they are achieving a wider gamut. How do they feel to you?

Hi Jon, All of the images in this post were shot with the Fuji X100V. I agree with the broad lines of your assessment of the difference between the Fuji images and the Leica images I've posted previously. I think in almost every comparison the Leica images, regardless of which lenses I use, are lower in contrast than the Fuji's. If I were an eternal Leica optimist I might try to argue that the Leica images look the way they do because they have more dynamic range but I think it all boils down to Fuji having nailed a color science that's more popular with most of us. I find the X100V to be one of the very best cameras on the market for color.

Neither are particularly accurate, which is more a reflection on my usual reliance during casual shooting on the AWB setting. Both can be made more accurate by selecting the right color temp icon for the situation or, better still, doing a custom white balance.

If Fuji could make this line into a set of camera with a 21, 35, 80mm focal length choice I'd be hard pressed not to embrace it for just about everything. As a standalone it's pretty compelling.....if you can get by with the 35mm equivalent FL.

The Fuji's are more color rich which probably means they have an accentuated saturation in certain colors. The Leica's are less welcoming because they are lower in contrast and saturation. That makes the X100V the choice for SOOC Jpegs and minimal post production raws but the SL and SL2 are emphatically RAW cameras which nearly always benefit from post production.

"If Fuji could make this line into a set of camera with a 21, 35, 80mm focal length choice" - that has always been my dream - to have four fixed focal length cameras hanging around my neck (or at least in the bag) just so I never have to change lenses. I would also love them to be Fujis. I think Sigma almost managed that with one of their unusual Foveon lines and Samsung also tried a fixed sensor/lens combo.

"I think it all boils down to Fuji having nailed a color science that's more popular with most of us" - with that statement I think you hit the nail on the head.

2-3 years ago I was attending a series of photo seminars put on by my favorite local camera store, and while waiting between seminars I had the opportunity to spend about 45 minutes talking with the representative from RED Camera. During our conversation I made a comment similar to your’s that future Olympic Games would be filmed in 8K, his response was that the previous 3 Olympics were filmed in 8K.

The video world is already “there” with the recordings, the photography world just does not want to believe it, yet.