The importance of seeing artwork in the flesh. 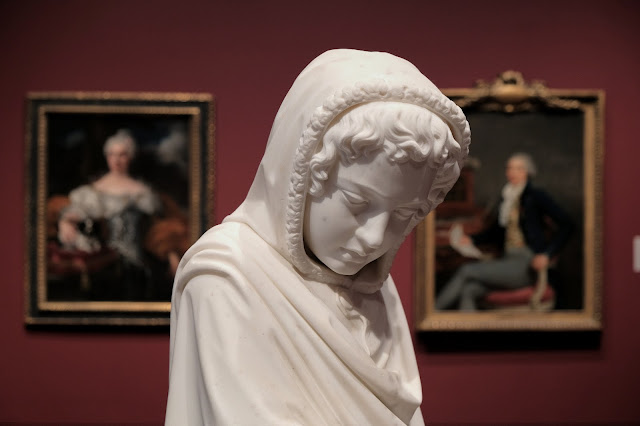 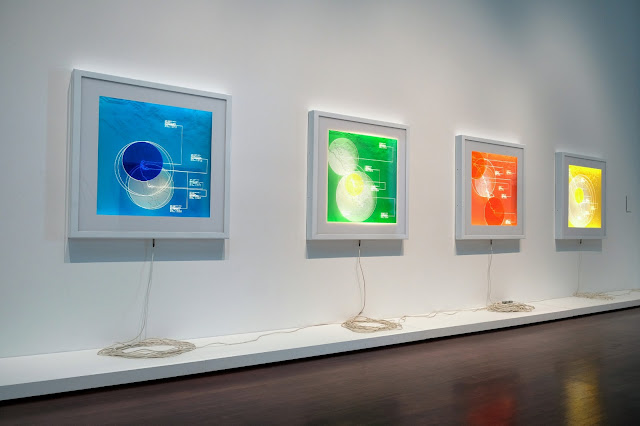 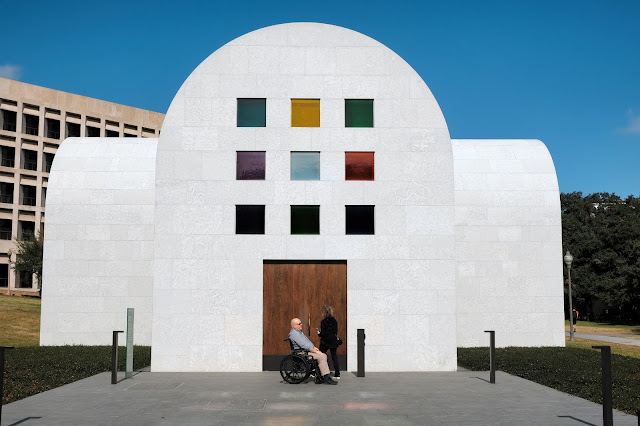 Posted by Kirk Tuck, Photographer/Writer at 10:38

One day it's all chatter about cars and the next day it's a brilliant writer writing about art. That's why we come here.

In an age of 6 month "experts" in camera and photo few look at the work of masters. Haas, Maisel, Weston and so many others who produce excellence rather than sit around and talk about it. If you don't know what excellence is you won't know when you can produce it - either in vision or printing technique. Viewing the work of photographers, painters, sculptors - it all adds up to teaching one what is possible past "you push the shutter, we do the rest".

Anonymous, I think Kirk's point is that many, many writers, photographers, critics, etc. think they know what good work looks like because they've spent a lifetime looking at copies in magazines and books but too many are too lazy to have seen the actual work face to face.

Every photographer I know can cite chapter and verse on who are the "masters" of photography but since they have never, ever seen any of the original prints it's all lip service to someone else's vision of art history.

I think Kirk makes the point that you have to go past just seeing a quarter page reproduction of someone's "work" to actually seeing the primary resource if you really want to understand why it's good or bad. It's not required to worship all the same photographers that one of the previous generations worshipped but it is necessary to see art in person and in the way the art was made to be seen in order to get it.

You may have seen Maisel's work or Haas's work in magazines or books but have you seen an actual, original photograph? If you haven't then even you don't know what excellence is. It seems that primacy is his message. Not how wide a net one needs to cast.

Yes, absolutely. One of the things I miss the most during this pandemic is the ability to go easily to several fine university museums in the area where I live. This area is known as the "Five Colleges" (Amherst, Mt. Holyoke, Hampshire, Smith and the University of Massachusetts, Amherst) which among them have several excellent collections. When my kids lived in New York, we would visit about once a month and a trip to the Met or a similar museum was always on the agenda. Once saw an exhibit of Eggleston that had his photos blown way up (like 10' x 15' and bigger) on film of kind and lighted from behind like giant slides. Interesting but not as impressive as other exhibit of prints such as you mention.

I saw that Newman show at the HRC and remember circling back to look at the various photographs over and over again. One thing that has always stuck with me is that next to his famous picture of Stravinsky sitting at a grand piano was the negative so you could see how he cropped it. Then I walked over to the Blanton for dessert :-). It was a lovely day.
Now that I am vaccinated museum visits are one of the many things I am looking forward to.

Should have bought a Porche Macan. You would look cool with the red dot camera and the Porche crest.

I stumbled upon a Salvador Dali exhibit in London, 2007. I was there on a 10-day school trip through Rome, London, and Paris with a stop at Vimy Ridge in France. I got some free time to myself in London and walked about 12 hours that day. Went to see the Dali exhibit and I was stunned at the difference in seeing the real canvases up close as opposed to pictures from a book or online. I could have spent the entire 10 days going to that exhibit. I left absolutely burning, what an experience. It's very much like listening to music on a nice sound system (a very enjoyable experience) and seeing the artist perform his/her work live. Live music is such a thrill.

Excellent post and very true. It's why I do exhibits of large prints and don't bother with ephemeral online galleries. My first real exposure to the impact of large, technically impeccable prints was the Ansel Adams exhibit at, IIRC, the Corcoran in Washington, DC about 1975. The visual experience had a lot of impact, and I remember it well to this day.

Wow! Great essay, and I love this sentence: "The parameters we discuss these days in lenses and cameras are engineering decisions that I think are aimed at maximizing a screen based experience over providing the best matrix of features for making transformative art."
The only time I've been disappointed by the "real thing" was a W. Eugene Smith exhibition. The prints were just too dark, as if processed with too bright a light. Otherwise, yes, nothing like the immediate experience.

Thanks Kirk. You are a thoughtful observer and a gifted writer. It is why I check in here every day. This piece is exceptional.

When my wife exhibits, the wine is intended to loosen wallets. The cheese is filler.

Thanks for this Kirk - good to be reminded of the pleasures of gallery going after more than a year of missing out. As well as the artworks themselves - the real, physical objects with their substance and size - there is the viewer putting themselves into a gallery-visiting mindset. Flicking through Insta on my phone on my commute isn't setting me up for something transformative, for something exciting, for something thought-provoking, maybe even mind-changing. Whereas entering a gallery I'm partly hoping, partly expecting, for something big to happen and I get ready to receive, I open up to the experience. Doing this, one has the chance to be changed in some way, as can happen at the best exhibitions. Of course, it doesn't always happen by any means - stuff goes wrong, we're the wrong age, with the wrong person, in the wrong mood, the work is poorly displayed, it just doesn't grab us... but you know it when it does (I'm looking at you Schiele, Klimt, Klein and Moriyama, Adams, Tanning, pretty much the whole of the Prado...).

I have over the years collected a number of fine prints by HCB, Mapplethorpe, Paul Caponigro, Ansel Adams, etc. Two effects: I could never, ever, print that well. Even given all the equipment and chemicals and the appropriate training, I simply don't care that much about the exquisite fineness of final print when it comes to my own photos, though I appreciate it in others. I'd get to "good enough" and stop. There's also some bias here -- the kind of photography I most like doesn't need that exquisite rendition, because the original negs are not usually all that good...what's the point of an exquisite rendition of a photo that's underexposed, possibly slightly out of focus, and shows inadvertent camera movement? Also, you *can* get book reproductions that are quire good, if not the same as a really exquisite print. For me, the big "art" shock comes when you go to a museum and see a famous work of art. You see them in large-format book form -- and when you go to the Louvre and see the Mona Lisa, and you realize, holy sh*t, that's not much bigger than the picture in the book (it's 2'6" by 1'9".) Then you go look at the "Raft of the Medusa," which you also saw in the large-format book, and you think, holy sh*t, what is this? It's 23 feet wide and 16 feet tall, and you had no idea...In the book, it was four by six inches. The other thing about reproductions, of course, either of color photos or paintings, is that the color is never, ever, quite right. If you go to Google-Images-Veronese Wedding Feast at Cana you'll find many, many images side-by-side, and the color in each is hilariously different that in the others...

Ha... I had the same feeling in front of the small Da Vinci, when the city was still called Leningrad ! I though I could hear the child giggle. Since then, I cannot forget that feeling, and this small painting (given by the Benois family) overrides most of the Caravagio's I've seen !
You're right when counseling to see the "real stuff" in person.Living in Paris I have access to the Louvre, but also to great photo galleries. We have to wait for all those to re-open when most will be vaccinated.
Till then, we'll have to live with reproductions in books or on the web... But then we don't have raccoons here to spice up our days !