I spent some time a week ago photographing some new material for Esther's Follies. They have a new cast member. She's great!!! 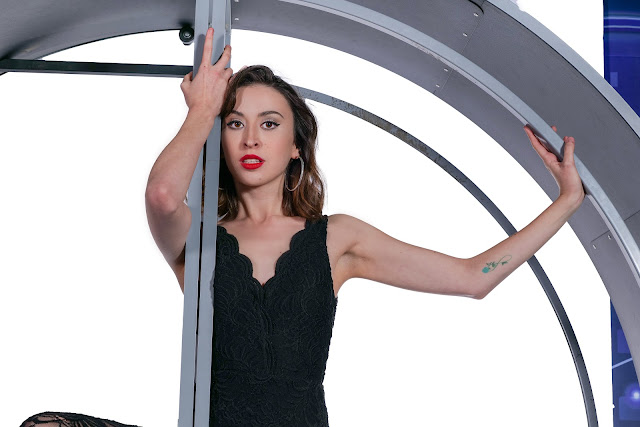 Chelsee J. On a magical apparatus. Part of her performance is assisting with
Ray Anderson's magic.....

I love photographing theater. Especially good, funny, topical theater. Like the kind I find at Esther's Follies, on Sixth St. in Austin, Texas. I've been photographing for Esther's Follies for a couple of decades and a recent book published about the incredibly talented troupe is filled with my photographs from over the years. https://www.esthersfollies.com

The cast at Esther's Follies does hilarious political satire and comedy (nailing both sides of the aisle) and, for as long as I've been going there a big draw is an irreverent but wonderful magic act by renowned magician (seriously: internationally famous!) Ray Anderson.

When he does his feats of magic he calls on the services of one of the glamorous cast members to serve as his assistant. Chelsee J. is his able assistant these days. She gets chopped in half, defies gravity, is levitated out of a pool and much more. Since she's a recent recruit I got to make some images of her (Above and Below) along with our regular show documentation. .

Photo assignments at Esther's are the antithesis of many Zach Theatre shoots. At Zach I mainly shoot in a documentary style during a technical or dress rehearsal (or both). I don't do any lighting and we don't set up shots at the rehearsals (we might do set ups in a separate session....). At Esther's I drop by and set up three or four lights (generally electronic flash mono-lights into generous umbrellas) and we run through fun set-up shots that showcase the current skits, gags, magic, and ample song & dance.

We give the flashes a real, old fashioned workout; sometimes shooting six or seven hundred shots during an afternoon session.

Last week I photographed everything with one Lumix S1 camera and the 24-105mm f4.0 Lumix S lens. The combination worked perfectly and the AF never missed a shot.

I love going back and forth between the theaters. Keeps me from getting rusty, or too complacent with one style or the other. If you come to Austin you owe it to yourself to catch a show at Esther's Follies. Soft-brained liberal or cold-hearted, cruel conservative? Doesn't matter = you'll leave with a big smile on your face, certain that the other side got it worse.... 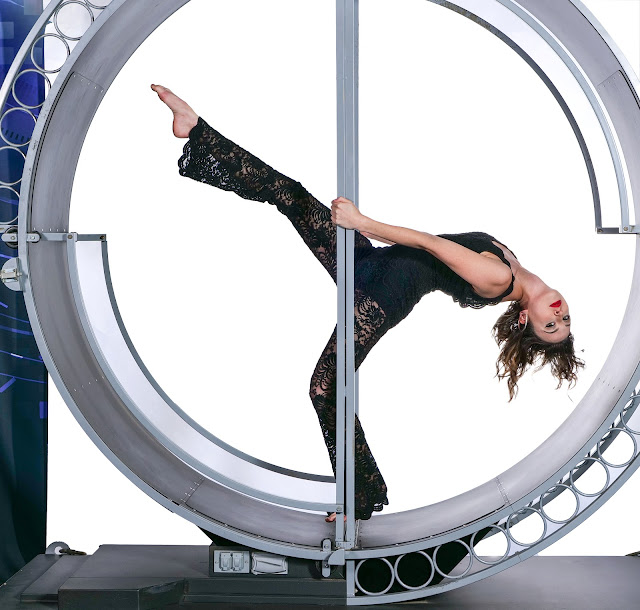 Posted by Kirk Tuck, Photographer/Writer at 21:03

Nice! Your new LUMIX kit seems like it is an excellent fit for the type of work you do. Love the color and sharpness.

Sorry, I am always out of kilter with timings, the perils of working seven days a week!

I understand your change of system, but surprised that you have let go the 'digital Leica', i.e. you X Pro 2s.

Yesterday, I was in my bricks and mortar store, Blass and Bligh in Harrogate, North Yorkshire, surrounded my every lens ever mad by Sigma, Fuji, Olympus, etc., and they said that no-one had even enquired about the Lumix S1/S1Rs. Strange. I did spot a mint Canon 600mm f4 which I may do a deal on.

Anyway, the reason I had the luxury of being in the store was that our daughter, Jess, was trying on wedding dresses for her wedding next August. She became engaged a week ago and practically everything is organised, including the photographer, who is an award winning photojournalist, Time, Guardian, etc..