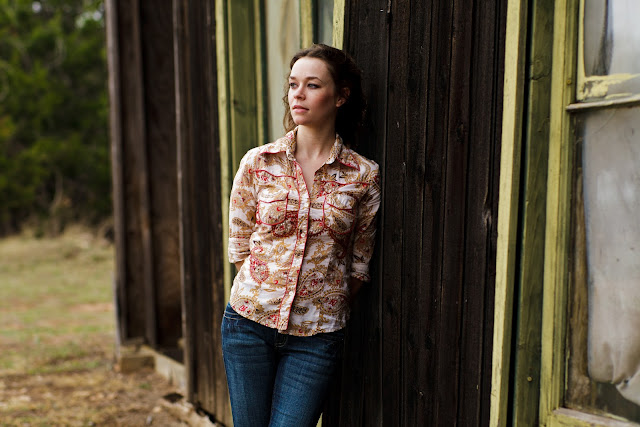 It seems to always start out slow in August. After the first week or two with little, or no, business I begin to panic; certain that no e-mail and no texts means I'll probably never work again. The phone doesn't count as clients forgot about calling when they learned I'd respond to texts. I start planning to pull money out of my savings account or to sell plasma, or both. I tell Belinda we can no longer afford anything other than beans and rice. We turn the thermostat up a little bit more, even though we're mired in the hottest month of the year.

Then the dam breaks and work starts to flow in. Next week is spoken for. A solid week that weaves stills, video, stills and then more video. The first few days of the following week are set aside for editing, and after that we start on a big project that will have me and my videographer in San Antonio for a couple days a week for most of September. And there's stuff starting to fill in around the edges.

We've re-introduced fresh vegetables into our diets and the thermostat has crawled back down. Belinda reminds me that this happens every year. We call it "The Sigh Before School Starts." Parents scramble to get their kids ready and then the race to get half a year's worth of projects done between now and the 15th of December starts in earnest.

We'll have the same sinking feeling from Dec. 15th until January 15th. Would someone please remind me in January that things cycle up as the holidays recede into the past?

(remember that short period when I bought a Canon 1D mk3 and some Zeiss lenses and played around with that camera for a while? It was actually pretty good).
Posted by Kirk Tuck, Photographer/Writer at 17:19

Here's a question for you. What are you going to do when this really happens? There are up and down cycles, but one day it stays down. You should write a blog about what happens when it's all over. When the work stops. I received a letter yesterday saying my services were no longer needed, the client of 20 years was retiring and his sons girl friend was going to shoot the photos using her new cell phone, and the new Sony she bought, the man at the camera store told her she was a natural, just put it in the P mode and off you go.
You could write about what do you do with all the gear you have accumulated over the years. What to sell what to keep. Do you shoot digital or return to your roots? B&W Film and scan? Travel?
Interesting but no fun, so what do you do? I knew this day would come, but wasn't ready for it when it arrived. (resources I have, no issues there)

I'll remind you in December
Roger

Hi Roger, I have to say that this kind of stuff happens a lot. Any photographer over 50 who doesn't admit that their business might be in transition is probably fibbing. For almost 20 years Motorola was my biggest client, hiring me for events all over the world as well as product shots here in Austin and corporate headshots in several U.S. locations. Then they split off the main division I worked with into a separate company. That company was taken private and the new senior staff changed the entire structure of their marketing department. In the space of a year we dropped down to doing about 10% of the work we had been doing and at the end of the second year they contracted with an outside company to supply creative staff, including an in-house video department and in-house photography services. Boom. Twenty years of client relationship gone completely. Having a six figure a year account head for the door is ..... bracing. But you move on. That's when your marketing moves from "the correct thing to do" to "mission critical."

Dell was my second biggest source of revenue until the great recession. Then they also took themselves private and restructured. Now, instead of people internally whom I had worked hard to gain as client the people making decisions about photography were a whole new crew at an agency created just to deal with the Dell account. They brought along their own creative resources and work with several studios in California and other places. Another account gone.

So big companies (including the ones above) used to do hundreds of staff portraits with us in a year. Those are almost all now done internally since nearly all of the are destined to exist as 120 by 120 pixel images on the web. What I used to do is no longer a pressing need for many companies.

My solution is to re-invent what I offer and what I do. You'll notice that we're doing a lot more video, year over year. Up from nearly zero percent before the great recession. I write more. I try to focus on my specialities in the photo biz. Mostly executive headshots destined for magazines or annual reports. And, frankly, with my kid out of college (and now gainfully employed) my need to earn what I did in earlier years is lessened. The house is paid for. The investments have done well.

With lower expenses and a slow down of client work I also find my tax liabilities are lower. If I keep putting income in an SEP account I continue to tax shelter that income. Now that my investments outside the SEP have grown large enough dividends from stocks supplement the income differential from the go-go days of the business.

When all the clients dry up I hope to have a good amount in retirement and other investments and will continue to do the same stuff that nearly always brings a smile to my face: Swim with my masters team in the morning. Coffee with friends. Lunch with other friends. A walk or run in the afternoons. Some volunteer work for the Theatre. And a more intense focus on finishing my second novel. If the photo market changes I only have two choices: change with it or move on. I'll try it both ways.

My wife and I are financially comfortable and have planned and implemented our investment strategies well over the years. Work isn't the one thing that defines me. I expect jobs to change.

So the short answer to: "What will I do when the day arrives?" is: Not much will change but I won't have to meet with clients so often. Thanks for asking.

Forgot.....Lead more photo tours for Craftours.com. Like the upcoming workshop/tour in Iceland and the one right after that in England. That's sounds fun too.

I doubt that with your flexibility and fundamentally adaptive nature you’ll ever reach a point where it’s truly all over. Just as your interest in video has grown from none to major there’ll always be something else new worth exploring. I spoke at length one evening with Bill Lear when he was about 70. His ever widening range of interests had led him in many new directions including (this being in the early 1970s) alternative means of powering cars. Those included concepts so diverse as developing a new variant of the Rankine cycle engine for cars to possibly powering busses with extremely dense flywheels which could be spun up to store energy. His track record for inventiveness was pretty good, having developed the Lear Jet and, much earlier, having co-founded Motorola. Not bad for a self-taught electrical engineer. I bring him up as an example of the kind of mind that just doesn’t stop — until felled by illness, which in one way or the other gets us all in the end. That’s when it’s over, not before.

Good Morning Kirk
I do understand that one has down trends and then back up again. That's just business. What I miss the most are the newspapers, and magazines. I miss getting the assignment and the traveling.

At 67 I'm thinking about what to do, how to reinvent myself? I bike ride, rock climb, hike, and camp mostly by myself now days.

As for friends, well as I may have said in the past all of my friends and photographers died in the last 18 month from one illness or another mostly cancer. I'm the last of the group. My best friend of 40 years past 18 month ago, he was the one that I went on trips with, rock climbed with, ran 10 miles with at 9,000 foot elevation (we live in the mountains 90% of our lives) chased sheep with in New Zealand with while drinking wine and driving on the wrong side of the road, does it get any better??? Our last outing together we did a 10 mile bike ride at 14,000 feet and ran a few miles at 9,000 feet, we did this in our 60's, but it's just me now, no more trips. I do know people, but not like the old gang. We get together every few months for coffee.
As for resources, no issues I have to much stuff. I invested (2 pensions and stocks) well and my wife did to before we meet. My wife's idea of camping is no room service at the Hilton, although she will go a long and sleep on the ground from time to time. She does Yoga and bikes, and walks, but no rocking climbing, fishing or high altitude runs, but she bikes from time to time.

So here's an idea, you should workshop at your studio? In Austin? I know guys who'd sign up for that. If you go to England, France, Italy, or Cuba I'll go. If for no other reason than just to say I meet you.
Have fun
Roger