The Modern Black and White Workflow for fun. At least this is how we roll in Austin... 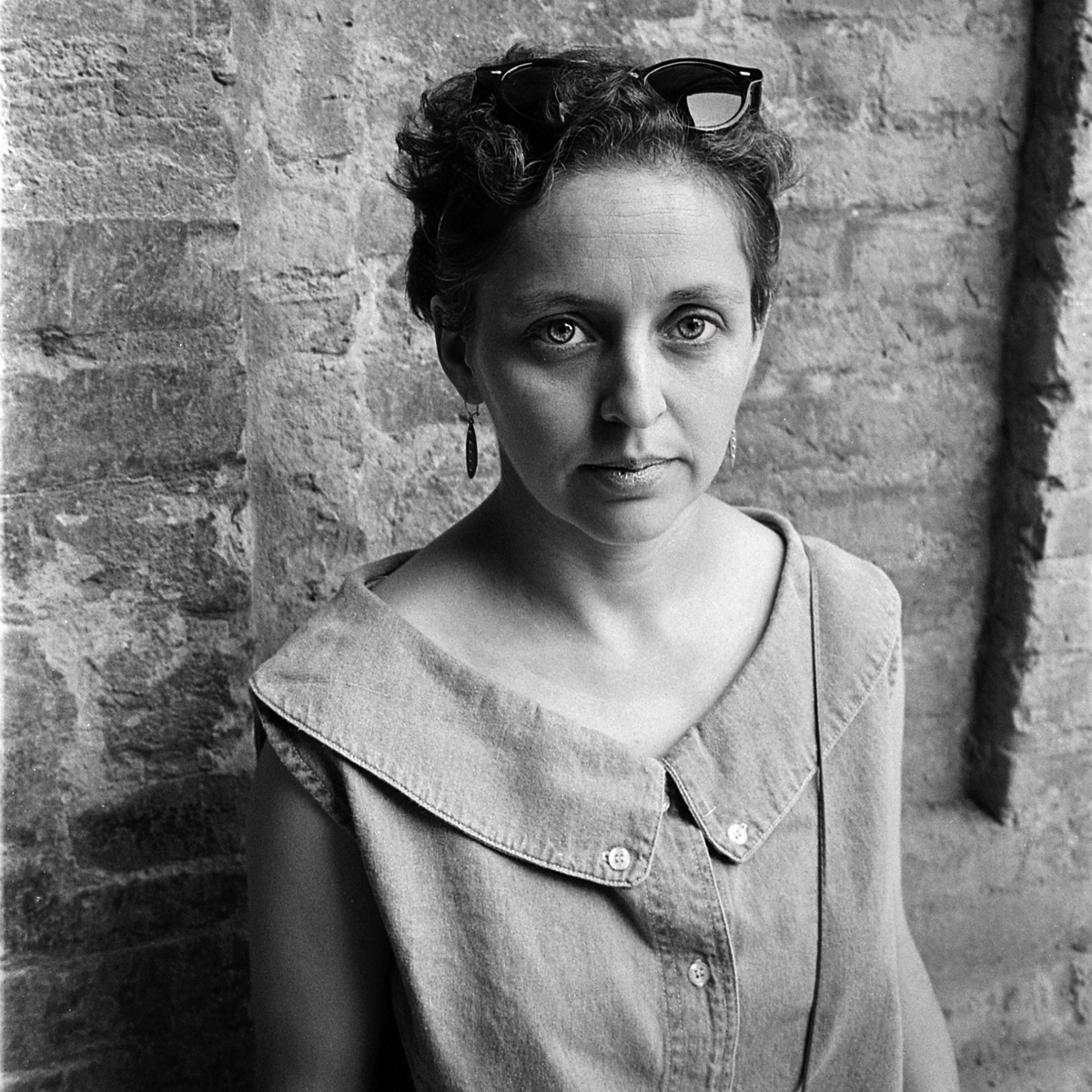 I mentioned buying Tri-X and shooting "old school" in a blog yesterday. Yes, to the kinder-digi, shooting Tri-X means shooting with actual (not virtual) film. One of our readers wrote into the comments and bemoaned the lack of processing options, etc. in their town and opined that he hoped my darkroom was still functional. I thought I'd just outline my process for playing with film for the pure fun of it (as opposed to doing it for money as part of a commissioned "look").

If you don't have a film camera sitting around don't worry, you can pick them up from the used market all day long for under $250. And that's for something really good like a Nikon F2 with a 50mm hanging off the front. Everyone should have one good film user around even if it's just a souvenir of a different time.

Here in Austin we can walk through the front door of Precision Camera and one of the happy, courteous and knowledgeable salespeople will be happy to get you a fresh rolls (or ten or twenty) for the price of a large, fancy coffee at Starbucks (about $5).  Once you've got it loaded into your camera of choice you'll thank me for steering you away from the esoteric slow films and toward the ISO 400 king of black and white specifically because we've been trained via digital to shoot at higher ISOs and finally, here's a real reason to make that choice.

I know that no lens is perfect and most of my older cameras have strange meters so I shoot my film as though it was really ISO 250 and meter with a handheld meter. If you are shooting outside the light doesn't change that quickly and the meter reading is valid until the light changes. You might find your exposures are more consistent without the constant intervention of new, smartypants metering in our current generation of smartypants cameras because they are not infallible and are prone to subject failure induced mis-metering.

Next step is to shoot happily until the film runs out. Sooner or later it always does, unless you've loaded it incorrectly and it does go on forever and forever because it never got started. Many tyros have shot hundreds of frames on a roll only to discover that the film was never traversing the film plane correctly....

After I've shot my 36 frames of Tri-X I could find some tanks, mix some chemicals and take my chances with my agitation techniques or I can drop it off for same day processing at my favorite, local lab, Holland Photo on South Lamar Blvd. I can get the film back sleeved or I can ask them to leave it as a long roll and also to scan it and give me decent res files of everything on the roll. They will also make nice contact sheets for me which is almost a lost art.

At that point I hit the next three way decision intersection: Print at home or scan individual frames myself or have the master printers at Holland Photo make prints for me. Or (sneaky) I can take advantage of Holland Photo's black and white rental darkroom and go back in and print my own stuff under a real enlarger. It's not that expensive and satisfies the need to get your hands wet (although I think they much prefer people to use tongs....).

So, scan, print, have prints made, whatever. In Austin all things are still possible. Kind of like living in Photo-Camelot. And, having done a number of jobs in NYC and using the premier pro labs there for B&W I'll stick my neck out and declare that they've got nothing on Holland Photo!

Well, there it is. A happy black and white workflow. Now, just dig in and learn the Zone System and you'll have the entire adventure wired up. If you live in some hell hole with no film dealers and no black and white lab you can always use the ones we have here, you'll just have to do some shipping.
But it's a fun city and you might even want to hand deliver your film, spend a day snapping around town and then come back to the lab the next day and print your own stuff. You could have a self-guided B&W workshop all by yourself and probably at a good savings to boot.

Posted by Kirk Tuck, Photographer/Writer at 09:53

I have yet to see a roll or sheet of Analog.

Love your nostalgic diversions; wish I had not parted with my old Nikon F + 50mm 1.8 (my first Nikon) bought as a 21st birthday present to self (kept most of the lenses that I purchased over the years and still use them with my Kodak SLRn and Fujifilm X cameras). My boss at work sold me the camera on easy terms as he didn't like it . . . impulsive purchase on his part while on a trip to Japan . . . . in 1968.

My B&W workflow in the digital age, for what it's worth...

I really like T-Max 400 (sorry!). Just don't over-develop. I kept a couple of developing tanks and reels for 35mm and 120 film when I sold the rest of my darkroom stuff -- oh, and my infallible Kodak process thermometer! Couldn't do without it! And a changing bag, likewise indispensable. Once the film is loaded into the tanks, I can do everything else at the kitchen sink. I still have clothespins strung up on heavy twine that I can hang in the bathroom to hang film to dry.

By the way, I only shoot 35 frames per roll. That way, I can cut the dried film into seven strips of five frames and put them into Print-File 35-7B archival negative pages.

Rather than scan every negative, I lay the page of negatives on the platen of my Epson Perfection 4990 Photo scanner and scan all 35 at once (that's the reason for 35 frames instead of 36). This makes a very useable digital contact sheet for choosing the frames I want for individual scans.

This is all pretty easy, although, of course, not as easy as digital. But then, it wouldn't be as much fun, would it?

That would be T-Max 400. Tri-X was and is simply great, but T-Max 400 was not too shabby, either. The look of the Tri-X successor sort of grew on me. I loved the look of the T-Max, and it became my go to b/w film, provided that you processed it the right way and with the right chemicals. With the right developer, mostly. That's why I would almost always develop the film myself, or have it processed by a place I knew did it right.

Having said that, I have noticed myself often subconsciously going for the kind of Tri-X look whenever I shoot or turn digital photos in b/w.

I changed to digital photography relatively late, and if I write any more about this, I think I've talked myself into buying a roll of b/w film and wiping the dust buildup off my trusty old SLR's. I don't miss the smell of the fixer, though.

BTW, a silly little tip to all the newbies among b/w film shooters;
You can sort of "preview" the processed b/w negative film right away without even scanning it by looking at the matte "backside" of the film with a light above the film in the right angle, while there is also dark enough a shadow/background behind the film.

In certain angle you can see a positive image on the film (albeit a mirror image), as the light above reflects back from the darkened areas of the film making them appear light grey, and the deep shadow behind the film makes the transparent bits of the film appear black. It's a neat way to tell quickly who or what's in each frame. It has to be the backside of the film, it won't work with the glossy side up.

I have a Canon A2S on the shelf with a 1/2 shot roll of Velvia in it. Next to it is a 36 exposure roll of Tri-X. Thinking about buying another roll and doing all of January in film for my personal project stuff. BWC here in Dallas develops film up to medium format. I have them develop and then I use my feeble scanning skill to make it digital.

It's really unfortunate that so many mid to small cities have no lab like yours. Thanks for the write-up. We do have an artist co-op that lets people rent a darkroom and use the enlarger for $10 a day, bring your own chemicals. Might have to try it sometime.

Willie, glad I'm not the only one who gets annoyed by misuse of "analog" where photography is concerned. The worst is when someone refers to "analog film" (brought to us by the Department of Redundancy Department? Or is there some other sort of film nobody told me about?)

Anyway, I used to follow a similar flow to Dave. Until, that is, I went a bit nuts and built out a budget darkroom, shared with my office space. I finish far fewer images now, but make way more prints than ever. Which can only be a good thing.

Willie and Paul, Where the heck did I use the word "Analog" in this blog post? Just re-read it and it's not there. Fill me in.

I still expose and develop my films.
A pro photographer friend only uses film, Tri-X, Hc-110 dev.,and a single Leica-M4-2.
That's it!
Mauro usually has his images ready before me,when I use digital.
A new sensor every exposure.