Writing a Book in the age of instant access. 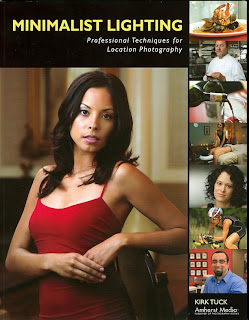 Coming to grips with the changing landscape.

Let's face it.  If you started taking photographs twenty or thirty years ago you developed a "muscle memory" for film cameras.  You learn to assess the health of your camera batteries by the sound pitch of your motor drive.  You learned that your potential for shooting a number of photographs was constrained by your supply of film and you learned that the post processing required would also limit what you "should" shoot if you were to also have a life outside the darkroom or away from the lab that processed your color film.

Beyond that you also learned what worked in marketing by the same kind of practice.  The marketing tool of the time was print.  People saw your work in print.  Whether is was in a magazine, accompanied with a byline or credit or on a postcard that you had printed and sent through the mail.  You were constrained to edit your mailing list judiciously because each card mailed represented printing costs and postage in addition to your active participation in labeling, stamping, sorting and sending.
Few were wealthy enough to be as promiscuous as even the least financially capable beginner, e-mailing with gusto, these days.  In many, many ways digital imaging, and the web, have flattened the playing field for professional photographers.  Or so it would seem.
There are advantages to the old ways and there are advantages to the new world of existing and marketing as image makers.
The Visual Science Lab research (data free....) finds that, while e-mails work in some instances, there is still more power in a finely crafted, physical direct mailing.  In a way it's like the difference between fly fishing and net fishing.  And therein lies the dissonance for old timers.
While a fly fisher generally brings up a nicer fish, with more weight, the net fisher brings up more quantity.  The fly fisher might land a juicy trout while the net operator brings up a large bucket of sardines.
We can argue that we'd rather eat the trout, and that fly fishing is a much more enjoyable diversion but the reality is blurred.  At some point quantity will trump quality.  The net fisher will, perhaps, have more financial success.  But only if they have a ready distribution network and an efficient way to process and ship their bounty.
The net fisher looks at the fly fisher in his waders, whiling away a bright summer day, half submerged in a cool stream and wishes that were his lot while the fly fisher, does not envy the network process but lusts after the raw income.
It's the same in the business of photography.  I have one friend who does three or four big advertising assignments per year.  He doesn't want to work every day.  In his little corner of the industry that would be impractical.  He sees himself as a whaler.  He sails through the deep oceans looking for the "great white whale".  And if he lands one he's set for months at a time.
At the other end of the spectrum are photographers who need a constant stream of small sales to survive from week to week.  They are busy all the time, but not on the kinds of projects that initially attracted them to the field.  They compete against an ocean of unremarkable but "bucket cheap" stock photography.
I was complaining about this dichotomy last week to a friend who isn't a photographer.  He makes money with a traditional. professional business.  He suggested that both participants I've described above might be misguided.  He said he aims for the middle way.  Happy to go whaling, fly fishing or anchovy harvesting depending on what's biting.
Knowing that he has more money in his Christmas account than I've seen in my lifetime I quickly asked for his advice.  Here it is:
1.  Plan for the long term but be flexible enough to modify for the present.   You may want to go fly fishing but the stream might be closed right now and it's good to know how to net fish.....
2.  Don't abandon old, proven marketing techniques (he still sends targeted mailings and correspondence through the mail to his clients and select, potential clients).  Most of them still work well.  New is not always better.
3.  Don't be afraid of new marketing opportunities.  This guy has a Twitter account.  I was amazed.  Just because your current marketing is working okay doesn't mean the addition of new tools wouldn't make things better.
4.  Don't stop whaling just because there was a storm.  He likens our whaling analogy to, well, whaling.  He said most failed whalers came in from the seas because a big storm was brewing and they forgot to go back out when the storm abated.  For photographers the big jobs and sexy accounts will come back with a pent up vengence as soon as the economic mess subsides.  If you've already put all your guns into net fishing you might be loath to return to the whaling ship and you'll miss out on the next big time harvest while you work full out on small fish.
5.  When you hit big save as much as you can.
His last piece of advice was to stop fishing and get back to work doing what you know how to do in the most profitable way.  You must beat your own inertia if you are to make it to the next higher level.
So what does this have to do with old timers and new photographers?  Not much, other than I think the most important thing you can learn is if you are even fishing in the right pool.
Take a trip to the ocean.  Look at the pond in your backyard.  Don't limit your options but don't let your selected options slow you down.  Have a twitter account and an "A" mailing list to whom you send printed materials.  You're allowed to do it both ways.
Posted by Kirk Tuck, Photographer/Writer at 11:06 1 comment: Links to this post