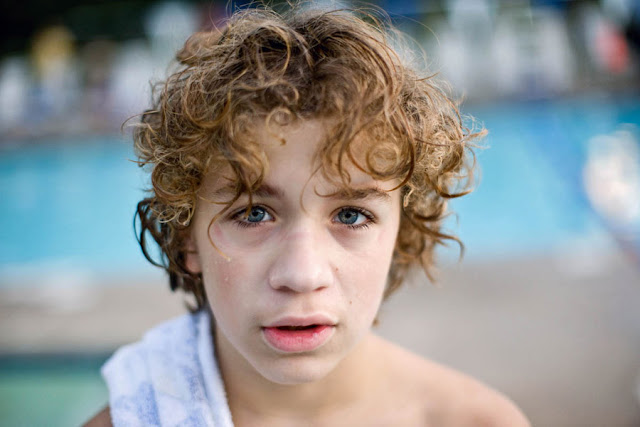 
My first camera was a Canon QL17 which sported a reasonably good 40mm lens.  It was soon replaced by a Canon TX SLR camera with a Canon 50mm 1.8 lens that seemed to remain locked on the front of my camera for most of its usable life.

When I look through my current equipment I find that I have hoarded a large number of normal lenses including:  Nikon's manual focus 50mm 1.4 and 1.8 lenses, two manual focus Micro lenses (both 55mm),  Nikon's auto focus 50mm 1.4 and 1.8 lenses, a Leica 50mm Summicron and 50mm Summilux for the M cameras and assorted "normal" focal lengths for the Olympus E-1 and the ancient line of Olympus Pen "half frame" film cameras.  I won't even start to recount the number of normal lenses I have for medium format cameras.

All this begs the question, "why?"  Well, first of all, every one of the normal focal length lenses is a superior performer.  One stop down from wide open every single one of them starts to really shine when it comes to sharpness, contrast and intangibles.  Two stops down and they beat every zoom lens on the market.  (We can argue forever about the new top zooms from Nikon).  They sit beautifully on the cameras instead of sticking out like some Freudian flagpole. This enhances the cameras shooting profile and makes the whole ensemble less intimidating.

But all of this would be moot if the angle of view wasn't so compelling.  I love the angle of view that a normal lens gives you.  Shot correctly it can seem wide or narrow.  Shot close at near wide open apertures the 50mm can give you incredibly shallow depth of field as in my shot of Ben.  But the real bottom line is that this is a focal length that matches my residual vision. Meaning that if I distilled everything else out of a shot this is what would be left.

Those of you who are amateur mental health care professionals will probably wonder what motivates me to own so many different iterations of the 50mm.  Clinically, you might just go with exaggerated fear of loss but in reality I think it's the idea of being like a painter and having multiple brushes, each of which provides a different and distinguishable nuance to the canvas. The 50 1.2 Nikon does shallow depth of field with a sharp "core" better than anything out there.

The 50mm MF 1.8 Nikon does great sharpness across the entire geometry of a full frame better than any of its brethren (except for a few macros), while the Summilux does exquisitely sharp center with soft, happy, mellow edges better than anything else.  Couple that with a little rangefinder focusing and you've got and incredible package.  I bought the normal autofocus lenses around the time when the only cameras you could get from Nikon and Fuji were cropped frames with smaller viewfinders which impeded the focusing of fast manual lenses and I hold on to them because I find the Nikon D300 and the FujiFilm S5 Pro to be really spectacular cameras for different uses.

And, of course the obvious advantage of the fast 50's is their light gathering capability.  A sharp fast lens wide open can be two stop faster than the best zooms.  That equals two full shutter speeds of hand-holdability and action stopping!  Just like having VR in every lens.

The sweetest thing of all for a Nikon shooter like myself (edit: now a Canon shooter!!!)(newer edit: now a Sony photographer)  is that the current generation of Nikon digital cameras, like the D3, D3x, D700 and D300 actually make corrections for the short coming of the lenses attached to them.  I have found the 50mm 1.2 to be much improved in its performance with these four cameras.  The other lenses seem sharper and contrastier as well. One of my favorite new combinations is the old Nikon F4s (film camera) with the new Nikon 60mm Micro AFS.  The lens is impressive on digital cameras and even more impressive on the old film camera.  The combination drives me to shoot more film just so I can marvel at how well it all works together.

Even though I have lots and lot of 50's and related focal lengths I would say that my total financial investment is less than $2,000 or about the price of one 14-24mm Nikon Zoom lens. If great wide angle work is your interest you really only have one compelling choice.  I don't see that way and I'm thrilled to be able to match my optic to my vision of the moment.  I'm just about to buy the new Nikon 50 1.4  AFS just for its center core sharpness.  Stay tuned and I'll get a nice review of its performance together.

Finally, a friend really liked a quote I threw out on his discussion site the other day.  I want to share it with you:

"There is no real magic in photography, just the sloppy intersection of physics and art."
Kirk Tuck,  March 2009

Please help me spread the word about this blog.  I'd really like to open the dialogue to as many people as we can.