At the Theater with a camera and a big lens. 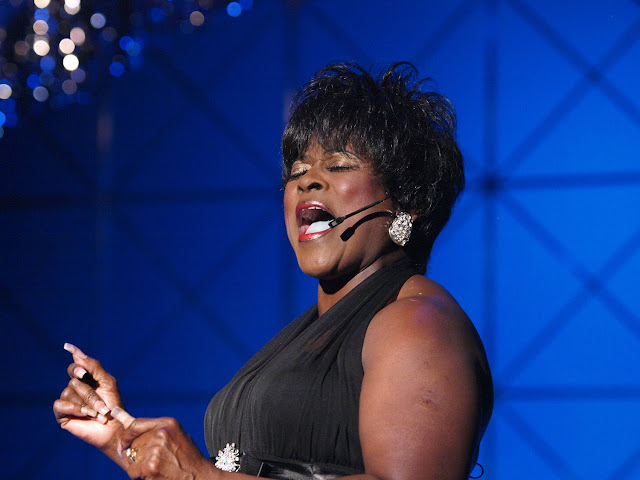 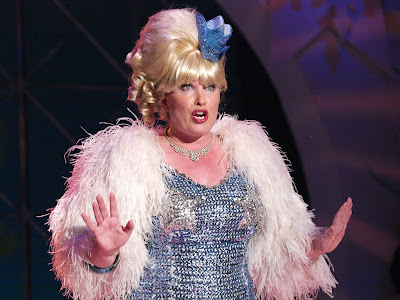 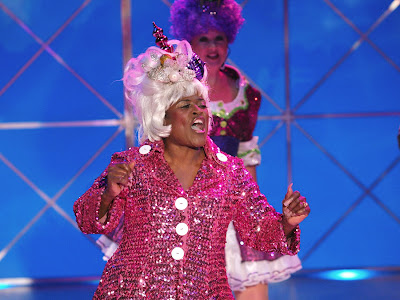 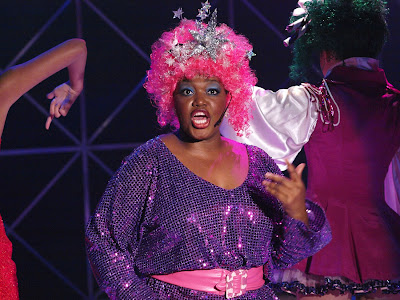 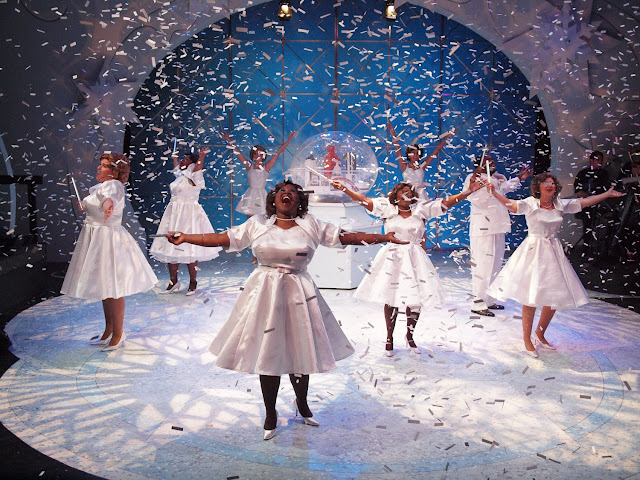 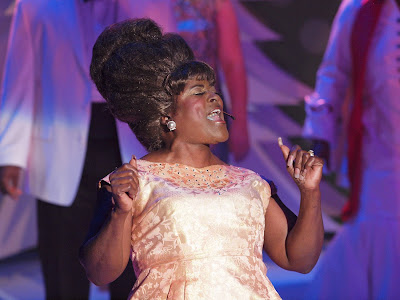 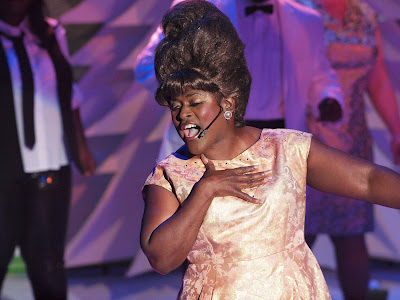 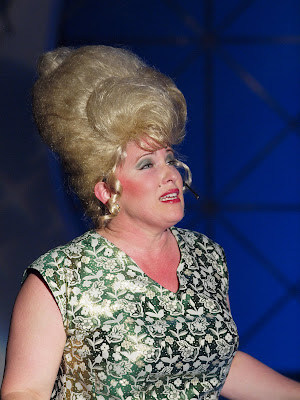 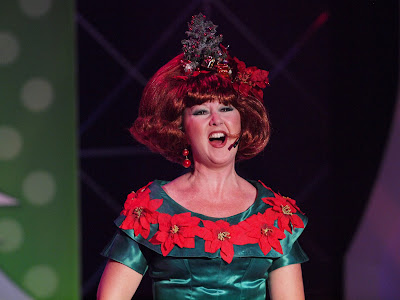 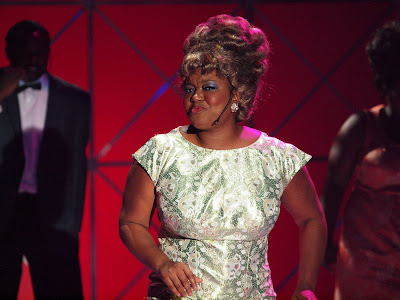 One of my favorite clients is Zachary Scott Theater. Their marketing director uses photography well and they appreciate my style. I do a lot of straightforward, set-up images throughout the year for their website and print collateral. But one of the things I've been doing for them for over sixteen years now is "running shoots". These are documentary shoots of the dress rehearsals. We usually do them the night before each show opens. We do them straight through. No stopping and starting. I have access to every part of the stage but there are no "do overs". These are the photos that the theater sends to the lifestyle publications and the local newspaper to run with reviews and announcements.

What we're trying to do is give a potential audience the feeling of what it's like to be there. To be in the audience.

When I first started doing this the publications wanted black and white prints. We shot black and white Tri-X in Leica M series rangefinder cameras. This took a lot of concentration on the changing stage lights. Since the cameras were unmetered I was constantly checking things with a spot meter. It was quite an undertaking. Our hit ratio for well focused and well timed images was much higher than our ratio for proper exposure.

At the end of the show I'd head to my darkroom to develop film that evening. The next morning I'd make contact sheets and try to meet with the marketing team around 11 am to get their input for needed prints. By mid afternoon I'd have ten or fifteen 8x10 inch black and white prints ready to be picked up and sent around.

Over the years the cameras changed but the deadlines never did. Last year I was shooting the shows with a Nikon D700 and assorted lenses. As you may know I changed systems and now I shoot with the Olympus e series SLR cameras. I really like them but they don't handle high ISO noise as well as the Nikon stuff. I was nervous about using them on a show like the one I've included images of. The stage light isn't bright and everything is knocked down a bit by colored filter gels. I have trepidation in shooting anything over ISO 1600 with the e3 or the e30 so I didn't go there. But while I was getting ready for the shoot I remembered shooting at ISO 400 with a manual focus Leica. Things have gotten better.

I shoot a lot during rehearsals so I tend to shoot large/fine/jpegs. I set both cameras to ISO 1600 and I set the color settings to "natural" with a minus one click on contrast. I use the spot meter in both cameras. One 4 gb card for each. (I've settled in at 4 gb because they fit nicely on one DVD.....).

Since both cameras have great IS (image stabilization) I forgo the tripods and monopods. This year my 14 year old son, Ben, joined me with his Pentax istD camera and short zoom lens. 14 year old non coffee drinkers seem to be better at holding a camera still than some adults....

While I missed focus more often than I would have liked I found that the lens performed very well at f2, f2.2, f2.5 and f2.8. I rarely had to go below 1/160th of a second and found that most of the time I was working around 1/250th of a second. Not a very perilous range for handholding. Most of the actors were African American and nearly every background was dark and continuous. A ready made torture test for noise in the shadow areas.

Non of the examples above have had post production noise reduction applied. The noise reduction in camera is "standard". Please take a moment to blow a few of them up on your screen and evaluate the noise. While I'm the first to admit that the Nikon's are less noisy I don't think the noise in these files is at all objectionable. I took the time to print a few and found them to be just right.

When I pick up the 14-35mm f2 SWD I'll stop worrying about noise altogether.

The magic thing seems to be that the lenses have enough depth of field to cover what I need at nearly wide open. Not the case with full frame which requires me to work around f4 for satisfactory sharpness and focus depth. Amazing how you can never compare apples to apples in this craft. If Olympus made a few f1.4 or f1.2 lenses for this format I'd sure give the whole thing a try with the older e1's and e300's. If I could use them at ISO 400 it would be fun.

So, sheer square inches is a nice thing to have when you need to shoot under low light but.....it's just one shifting side of a changing paradigm. Olympus figured that out when they started designing lenses for their small sensor system. I can hardly wait to try my hand at some architecture with these little cameras. The 7-14 and the 9-18mm lenses have reputations for being some of the sharpest and best corrected wide zooms around. Couple the lens performance with really wide DOF at f5.6 and f8.0 and you really have a totally different way of looking at that field. Should be fun.

I suggest you head out and support your local theaters during the holidays. Live theater is something special. And while not as polished as a movie or a television show there is a tremendous value in the unexpected and the energy of live performances. Many theaters depend on the holiday cash flow to help subsidize chancier work during the rest of the year. And if we let theaters die off all we'll be left with is television and YouTube. Don't you want a nice excuse to get out of the house?

Final Note/Request: If you are looking for the perfect gift for someone who is really hard to shop for, like a really hot girlfriend/boyfriend, a generous aunt, a demanding boss, your sainted mother, etc. you might want to consider a really original gift. My third book, Commercial Photography Handbook, comes to mind. Beautifully illustrated and full of good, solid business info. You never know when your great grandmother will give up knitting and pick up a Leica S2, ready for business. You'll be happy you got her the book when she starts turning a major profit. Heck, she may even share tips with you. Thanks, Kirk

Posted by Kirk Tuck, Photographer/Writer at 14:13 26 comments: Links to this post