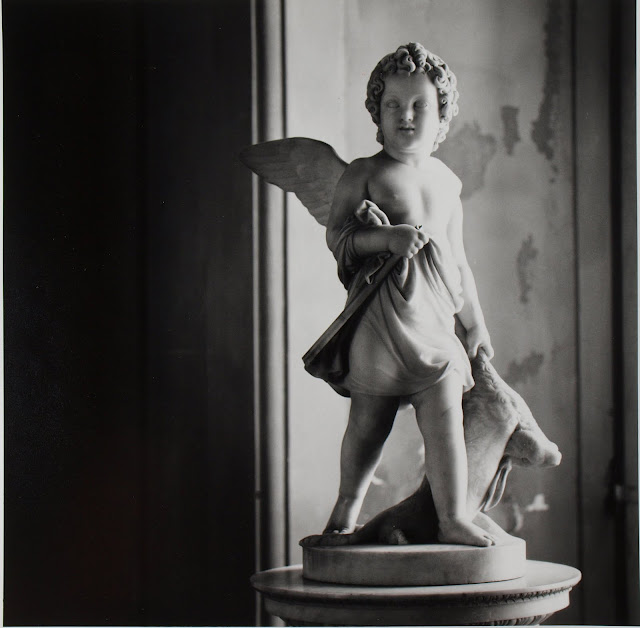 I can't imagine many years more screwed up for more reasons than 2009.  What a hard stop to a frenetic decade.  As my friend, Steve, reminded me this morning all decades seem wild and crazy while we're living through them.  Over time you realize that every year is strange and the ones that aren't strange are strange by virtue of not being strange.

It was a year that saw turmoil in every industry and the photography industry certainly was not spared.  While the economy was a major driver I do feel that the change is more systemic and long lasting.  When the economy recovers the photo industry may look entirely different and the opportunities may be initially hard to divine.

I have a few predictions for 2010 and beyond but first I want to comment on the sometimes vitriolic responses to yesterday's blog.  Many assumed I was attacking specific Flickr groups or leveling criticism at some of the luminaries who highlighted various trends.  Nothing could be further from the truth.  The guts of my argument was that you don't learn anything from mindless imitation.  And that a tidal wave of homogenous images does not move the ball forward for anyone.  I'm calling for people to create and define their own individual styles and not to conform like automatons to groupthink when it comes to imaging.

People think this all happened when we achieved digital saturation but I think it happened when digital camera manufacturers took away aspect ratio choices and aimed for accuracy in their color rather than differentiation.  Digital limited our choices while making us learn new ways of doing things and many ran for cover in the safety of copying successful work.  There's nothing wrong with Flickr.  And there's everything wrong with the idea of Flickr-ization.  Use it as a tool.  Not as an crutch for uninspired creative process.

To all the guys making a living teaching people stuff.  More power to you.  To all the people who think our intellectual properties laws are outmoded constructs I hope one day you are able to create something exciting and new after years of experimentation and hard work.  Then you'll understand that intellectual property wants to have value.

Okay.  The hell with all that.  Here are my predictions:

will mean that they will start to offer clients still images in addition to video.

It's going to get interesting.

3.  Instruction photo books will start to fade as a profitable market since the industry and the tools are
moving so fast.  People will be drawn to e-books on platforms like the to be announced Apple
tablet because updates will be included in the selling price and will become available instantly.

4.  The workshop craze will continue with greater and greater emphasis on "hands on" shooting for
participants but the workshops will be taken over and run by savvy event companies and
individual teachers will be co-opted in to the system.

5.  This will be the year that millions of photographers will reject heavy, last century DSLR models
and embrace new paradigms like Olympus and Panasonic's Micro 4:3rds format cameras.

8. The commercial photographers who are successful will learn how to compete against the concept of stock and will revitalize high end assignment photography.  Companies will demand it as they attempt to differentiate their messages.

9. Labs will finally figure out how to monetize regular post production just like they learned to
process film and contact sheets.  This will free up creators from the routine work of correcting files
making web galleries and burning DVD's.

10.  We'll learn to monetize content on the web and make money beyond the "click thru" advertising
model.  As someone said,  "make something people really want and they will buy it."

Me?  I think great portraits will always be a marketable niche.  I'm up for more swimming, more portrait shooting and new breakthroughs in the generation of better and better coffee.  I'm writing one more photo book.  After that I'm concentrating on doing my art.  And doing my vision better than any one in the world.

Whether you agree or not I hope you have a great 2010 and that we all kick off a decade of happiness, growth, kindness and understanding.  I hope that we all learn how to be nicer on the web and in real life.  Finally, I hope we all learn that photography is almost never "life and death" and maybe we should all just lighten up and have fun with it.  Competition is so overrated.  Happy New Year to everyone!