It all came together on Saturday afternoon. Beyond lens lust. 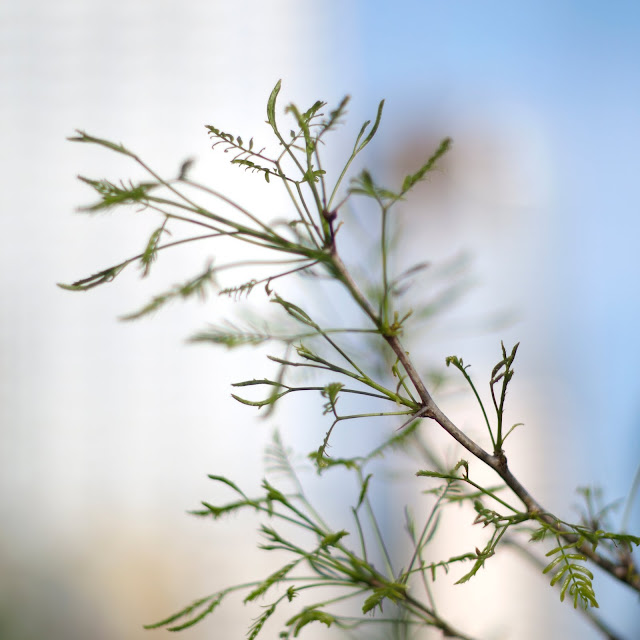 Let's get this out of the way up front:  I love the new micro Four Thirds cameras.  I think they are great and for the kind of contemplative photography a lot of people do I think they are better than traditional DSLR cameras.  There.  I said it.  Better.

Here's why:  You get to look through an electronic finder and watch as the exposure, DOF and color are shown to you in a real time preview.  Like what you see?  Go ahead and push the shutter button and you'll most likely get an image that's exactly what you saw.  It's so different than an optical finder that you have to try it out to understand how much different it is in real life.  I can hardly wait until the bigger cameras like the Olympus e30 types (and the Nikons and Canons) lose their mirrors and go all EVF.  And I predict it will happen sooner rather than later.

But there's a second reason I like the little Pens.  I can put just about any lens on them.  But what lenses work best? 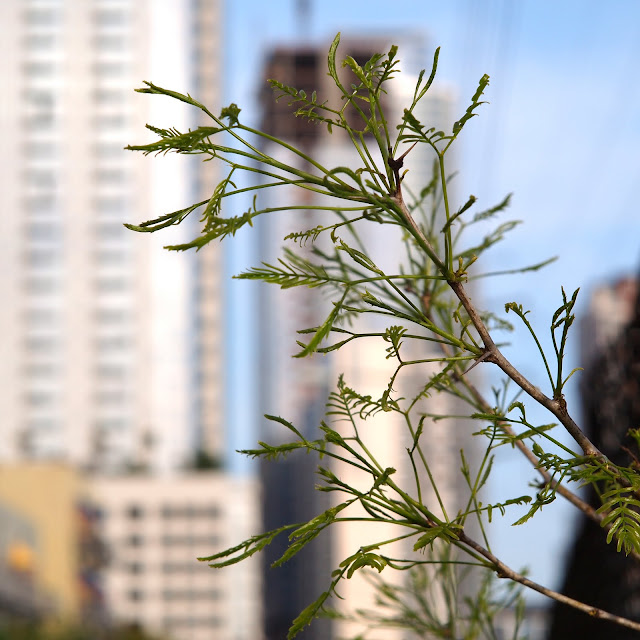 Here's the same shot at around f 5.6 and a half.  The background is coming in....
You can't just put any lens on the front of these cameras and be absolutely happy because most older lenses for bigger format weren't really designed to be high enough resolution to put enough detail into the dense and condensed area of pixels wedged into these 12 megapixel 2X crop cameras.   I've tried older Nikon lenses and they work okay but they really didn't do anything that the meager collection of dedicated m4:3rd lenses couldn't do.  I have used the Nikon 50mm 1.1.2 lens but wide open the sharpness suffers.  And the bulk of the lens makes the whole camera package unwieldy.  In fact, using big lenses cancels the whole system out.  If you put a two or three pound lens in front of the tiny camera you might as well just use a big camera to begin with......
The dream for many micro EVIL users is to have a handful of small, super fast primes that were computed for the smaller frame size and can be mounted without issue on the front of a Panny or Pen.
Well, I'm here to tell you that they exist and they are superb.  Something new from Korea?  No.  How about something quite old from Japan.  I'm talking about the jewel-like interchangeable lenses originally made for the Pen F film cameras from the 1960's and the 1970's.  They are out there on the used market and they are gorgeous.  Computed to cover a half frame of film with high contrast and resolution these Olympus optics have been in my equipment drawer since the mid 1980's just waiting for the right opportunity to shine. 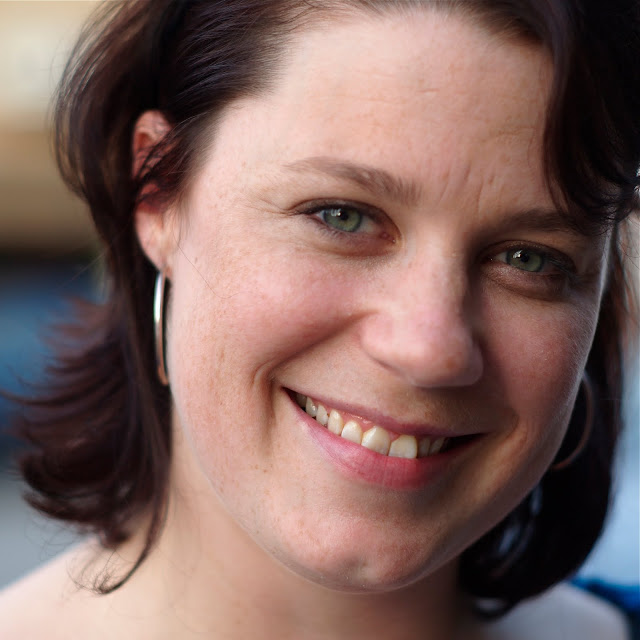 A street shot of my friend Emily.  Shot today on Sixth St. in downtown.  f2.8.  No lighting.
The first lens I'm testing is one of my favorites from yesteryear.  The 60mm 1.5 is small, relatively light. The manual-only focus ring is like butter.  You can set infinite intermediate aperture values and watch the exposure subtly change through the finder.  The lens is a bit less contrasty than modern lenses but seems to have greater resolution.  I'd read a technical paper about lens design in the late 1970's which basically said that you can either have very high resolution or you  can have very high contrast or some compromise between the two but not both.  I think, given the high contrast of films back when this lens was designed, coupled with the small frame target that the Olympus engineers gave the nod to resolution.  Happily we live in an age of Photoshop (tm) wherein we can change the mix between the two parameters to meet our own tastes on every shot.  I added about 5% contrast to the image above before converting it to a web sized version. 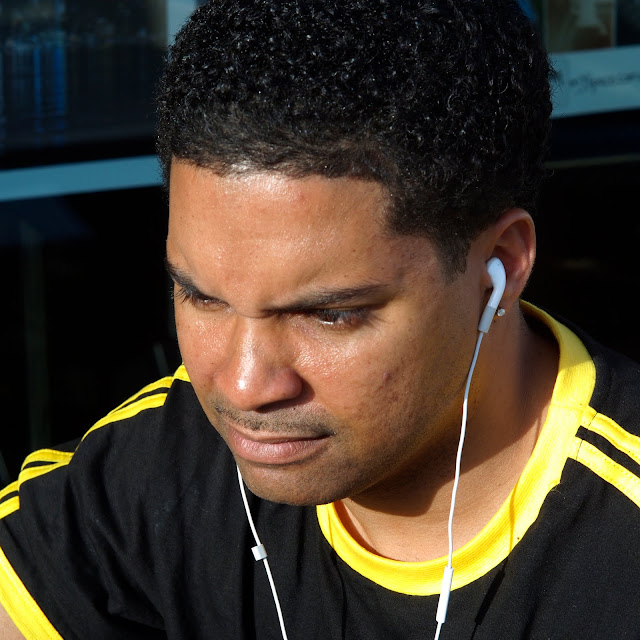 Here we're at f8 and I'm seeing incredible detail and a tenacious grasp of shadow detail. (Sounding like a wine critic today......)  Look at the detail in his hair and shirt.
Here's the other thing I like about shooting with manual focus primes,  once you focus you can recompose till the cows come home without worrying about "locking" focus.  Small, light, sharp, detailed, lack of flare,  single focal length lenses blow zooms and Rube Goldberg/big fat lenses with adapters clean away. 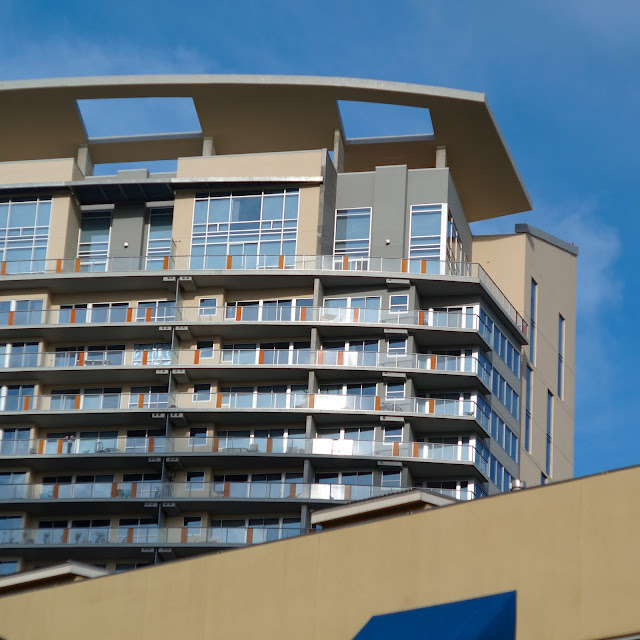 Do I need a caption for this?  It's the same building I seem to shoot for all my lens tests.  But every lens is different.
I learned an interesting thing about fine focusing today.  I had been setting up the display setting so that when I shot with non-dedicated and purely manual lenses I would get the screen with the green square in the middle of it.  (This is with the EP2).  If I pushed the "OK" button in the middle of the four way controller it would magnify the image up to 10x and allow me to fine focus on small details.  Excellent way to manual focus by the way.  But today I noticed that when I achieved sharp focus (without the magnification) I would see an interference pattern of the details of the image.  It would shimmer in and out as I changed focus.  If I shot on the shimmer everything was incredibly sharp.  It was a cool phenomenon and I tried the high magnification focus to check what I was seeing.  Yep.  It works.  Look for the shimmering interference pattern in the fine details and you are fine focused. 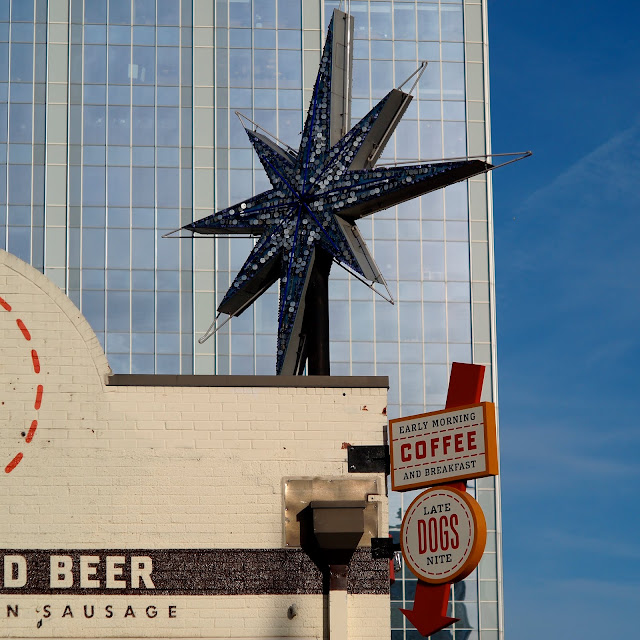 Every lens has it's own look unless it's been homogenized by its maker.  I think the combination of color and contrast from this lens references the popular look of lenses from the 1960's.  It's so "NASA".
In order to make all of this work you'll need to order a Pen F to Pen adapter.  This will fit between the lens and the body and will give you a lens that focuses perfectly, to infinity and beyond.  It will also operate seamlessly in the "A" (aperture) mode.  The only place I've found them is from a supplier on e-bay.  They run around $65.  I think they ship them from China because it takes about ten days to deliver.
Mine is all black and fits perfectly.  Not too snug, not too loose. 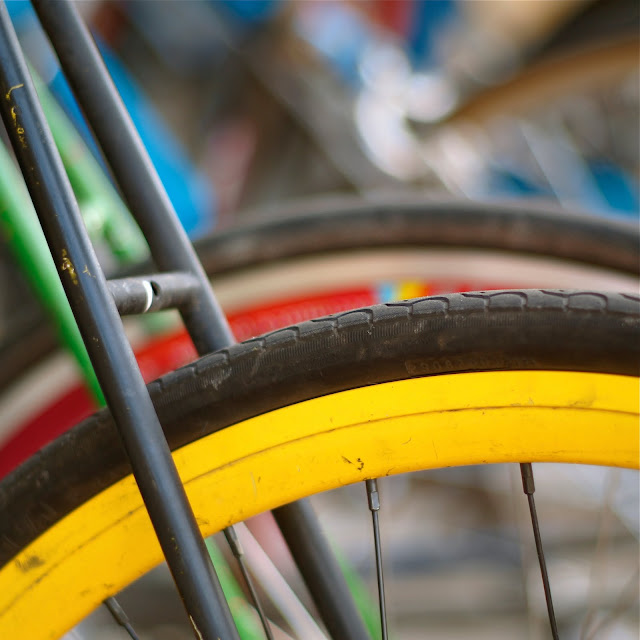 One of the coolest things about a lens of this speed and ths focal length is the ability to drop backgrounds out of focus.  This is the 85mm 1.2 of the micro four thirds world.  And, amazingly for a 1960's optic, it seems to be very, very sharp even when shot wide open.  I picked mine up in 1985 for the whopping big sum of $65.  I think they've gone up since then but they are still less than a quarter the price of the Canon 85mm 1.2 and, if you have nimble fingers, I bet it focuses faster too.
Thumb your nose at this new format to your own peril.  I think this is a fun view of the future.  And, in light of the desperately depressing article about the state of the commercial photo industry that ran last week in the NYT, why the heck would you want to spend more for photo equipment anyway.  The consensus is that most things are going to the web.  Do you really thing we'll see the difference there between 24 megapixels and 12 megapixels?  I think we're much more likely to see the difference between about $1200 bucks for the above described rig versus a cool $10,000 for a Canon 1ds3 and the 85mm lens............ 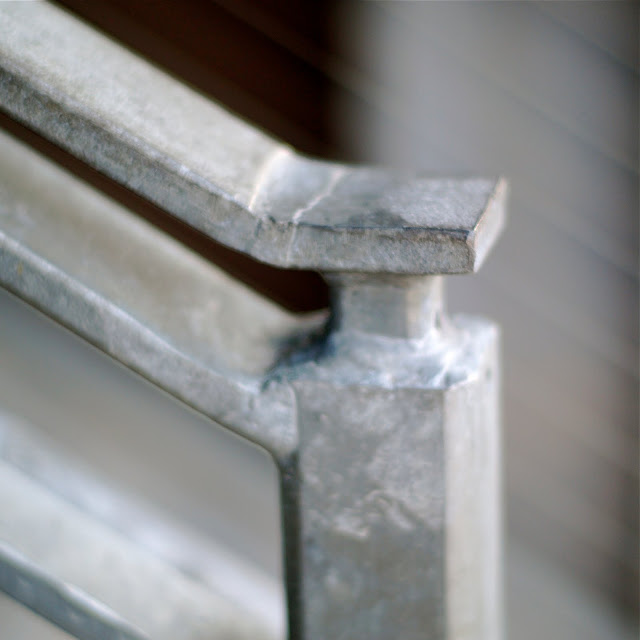 The snarky ones out there are always dissing the limited ability m4:3rds users have to limit depth of field.  You wouldn't know it from some of my samples today.  Seems pretty convincing to me.
I whole heartedly endorse the use of the 60mm 1.5 on the EP-2

(and by extension, all the other small crop cameras in the family).  The next lens to go under the microscope will be the 38mm 1.8.  But I may need to talk about inspiration before we get back into the nuts and bolts.  I'm still feeling the reverberations of my trip to the west.

One more thing:  I heard the UPS truck roll up on Fri.  I was hoping it was free camera equipment.... but that never happens....instead it was a box full of my new book on Lighting Equipment.  If I got 12 books I'm sure Amazon will get theirs soon.  It's a pretty darn good book if you want to delve into lighting equipment.  And what red-blooded photographer doesn't?  I put a link below.  Check it out.  If you pre-order it now you won't be disappointed when it sells out and you don't have one.......(smiles...).
Hope you have a great Easter.  Or just a nice Sunday.  All the best, Kirk