It's all about the happiness. 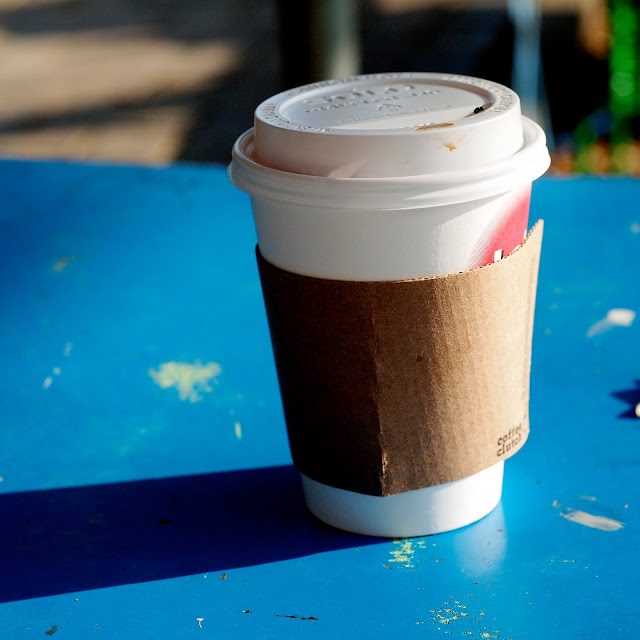 No matter where you are right now in your occupational journey I can pretty much tell you that you'll never be satisfied. Work isn't like that.  You don't do the big project and then stand back and go, "Tada!"  If you are like most of us you say, "Cool.  That's done.  What's next?"  All the sturm und drang over the economy and the decimation of the photo industry mostly affects those who fear change.   And most of those who fear change are rooted into their fear by their own desires.  Bust up the feelings off desire and you break the cycle of soul decay and unhappiness.  It's like flossing.  You keep breaking up plaque deposits so the gum disease doesn't get you.

If your biggest desire is a good cup of coffee life will accommodate you pretty well.  If you must have a jet and a super model spouse and an island then desire might bitch slap you until you die.

In a post I put up several weeks ago I mentioned the Ruby Slippers.  At our core we are not photographers we're artists who've chosen, for now, to express ourselves with photographs.  The power comes from within.  Even if the media changes the art doesn't.  We just adapt to the new media.  We've had the power all along.  We just need to click our heals together and stop listening to the man behind the curtain.  We need to stop being paralyzed by the wicked witch of the west.  We need to stop looking for outside help and switch on that power.

The only real lessons I've ever learned are these:  Kindness matters.  Happiness comes from within.

Someone posted yesterday that even though I had a financially sucky year in 2009 that I was so optimistic.  Having made less money in 2009 sure gave me back a lot of my own time.  And I spent it in the pursuit of happiness.  Nice bargain, yes?