The Anti-Workshop was a smashing success. No one got hurt and we saw art. Great art. 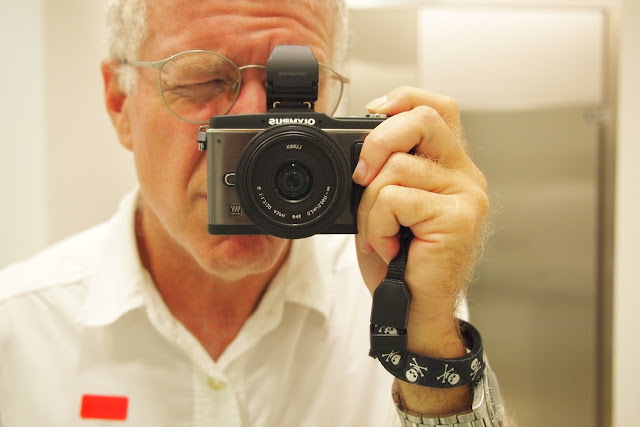 Let's get the important stuff out of the way first.  I shot with an Olympus EP2 camera and a 20mm Panasonic lens.  I thought it was perfect and tiny and light.  Nice to carry around all day, especially if you have a skull and crossbones wrist strap, carefully selected for you by a teenage boy...  I can't imagine any working photographer that doesn't have a collection of self portraits in bathroom mirrors from around the world.  This one is from a bathroom in the new section of the McNay Museum. 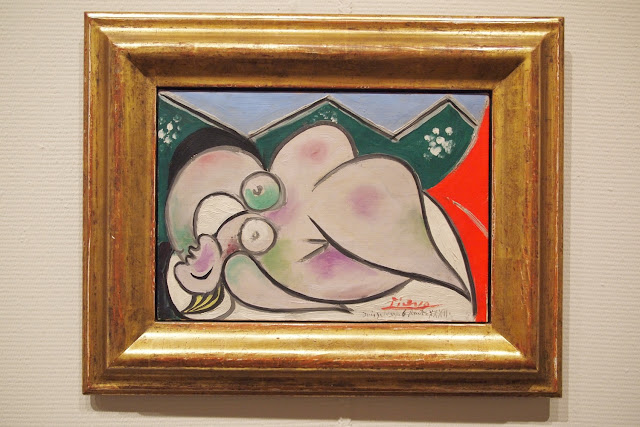 Speaking of Museums, the McNay utterly blows away the Blanton Museum in Austin for architecture, the breadth and depth of the collection, and just plain coolness.  Here's a newly acquired Picasso which joins the other two in one of the intimate galleries in the original part of the museum.  My shooting companions were as amazed as I at the stellar collection of twentieth century masters that  are hidden away in this treasure of a museum.  I guess I'm a sucker for sentiment because I really liked the Monet water lillies.   But the Renoir nudes are the raison d'etre of being an artist......
We spent a good amount of time rummaging thru the collection. 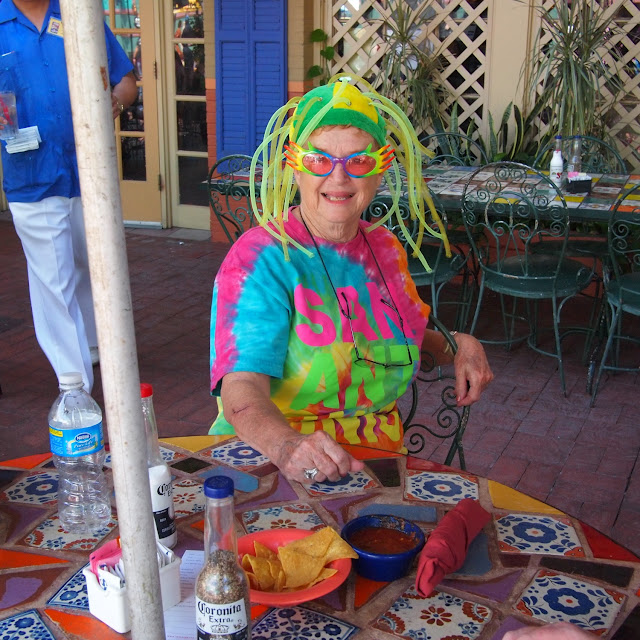 I found this sweet person at the market square sitting with a similarly dressed companion.  I asked them why they were dressed up.  They smiled and said, "We're celebrating the fact that we're still alive!"  Sounds good to me. 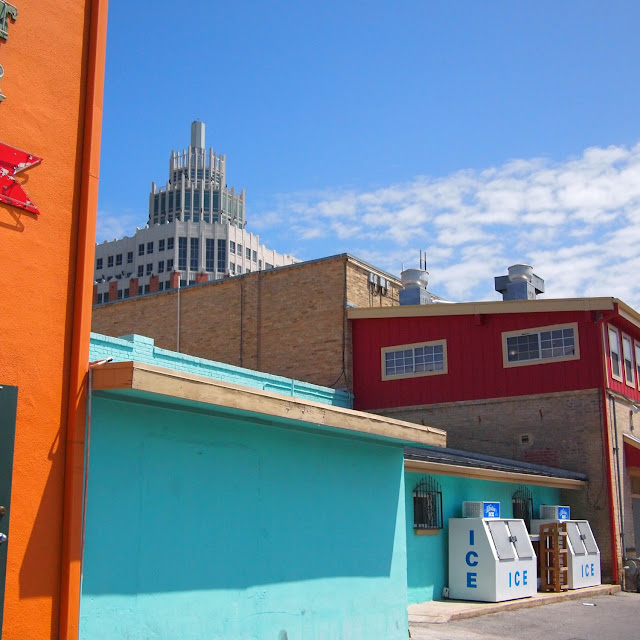 I guess I was channeling my "inner Stephen Shore" with this shot.  I love the many meaningless juxtapositions I find all over San Antonio.  That, and the famous Olympus Jpeg colors make every image a bit juicier.
But I guess I should report on the actual anti-workshop:
We met in front of the Alamo at 8:30 am.  Bernard brought ample copies of my maps of downtown which had areas of visual interest marked and noted.  We pulled together the group of 28 intrepid shooters and talked about the mechanics and ethics of street shooting.  I gave a vague itinerary which basically suggested that we meet up again in two hours, at Mi Tierra restaurant in Market Square for a brunch.  There was tons of activity around the Alamo and many stayed for a while to shoot.
I headed off to see the San Fernando cathedral and was charmed once again.  I'm also very happy with the new park in front.  It's very cool.  Then I made my way over to the Market Square.
Being Labor Day weekend things were hopping.  Food merchants had booths set up everywhere. The smells of cooking food were intoxicating.  Bands were playing on three stages and diverse groups of tourists ranged everywhere.  (Free range tourists?)  I put us on the waiting list for a big table and I could see our people having a blast, shooting everything that moved, just outside the windows of the restaurant.
If you're a Texas photographer and you haven't had a meal at Mi Tierra, shame on you.  It's not about the food (although it was very good, especially if you are a lard snob...) it's all about the giant mural, which now contains film maker, Robert Rodriguez's image as well as Eva Longoria's.  We're talking a painted mural at least 60 feet wide by 18 feet tall, painted with a wild impasto/realist style.   It's also all about the 50 foot long case of Mexican pastries and candies.  It's all about the carefully trained staff and the endless, over the top, decor.  We stayed for two hours and could have stayed one more if the street hadn't beckoned.  Amazingly, for such a large group, no one shirked their part of the check.  We actually had a surplus of cash.  First time I've ever seen that.  And I'm 54.
Off we go to shoot the swirl of activity in the market square.  Off to see the old buildings on Houston St.  Down the Riverwalk to see the Southwest Craft Center (beautiful!!!!!) and then back to the heart of downtown.
At 3:30pm some people peeled off and a core group of about 14 rendezvous'd at the fabulous McNay Museum.  I think I've described the experience pretty well, above.
When the guards and docents kicked us out a closing time we headed one block away to La Fonda restaurant on N. New Braunfels to get our second helping of great salsa and Tex Mex, layered in with a little alcohol.  Lively discussions ensured:  Who's the biggest online photo poseur?  (you had to be there) What does the future hold, technically? What the hell is diffraction and why is it intent on limiting things.  Which was the favorite painting at the museum?  Who got to photograph the teenagers learning to throw knives at the Alamo?  And so much more.
Best part?  I think everyone quickly learned that they didn't need a big name teacher or a fancy venue in order to practice their photography crafts at a high level and to really enjoy the day.  At least that's the vibe I felt.  If someone disagrees I'm sure we'll see it in the comments.  And if anyone had a bad time I'll be happy to refund their full tuition!!!!!! (What?  It was all free???????).
Posted by Kirk Tuck, Photographer/Writer at 23:07 13 comments: