Just thinking about the role of photography in branding and marketing non-profits. 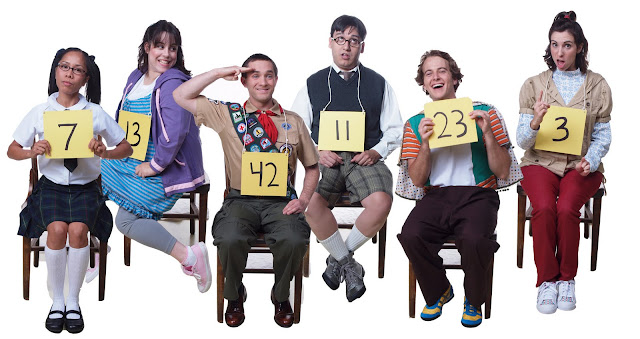 Promotional shot for a Zachary Scott Production of "Spelling Bee of......."


I recently had reason to pause and reflect on my relationship with a non-profit theater that I do a lot of work with.  A fair amount of the work is done as a donation.  Every once in a while some staff member does something mindless and venal that really tweaks me and it set into motion a weird calculus wherein I sit back with the mental transactional calculator we wish we didn't have in our brains but all do, and I calculate the benefits and detractions of donating the work I do.

In the plus column are many things:  1.  The actors don't make a lot of money and put a tremendous amount of time, talent and heart into each performance of each play.  2.  I generally work without impediment or undue direction when I'm shooting a dress rehearsal or similar project.  When we work on a bigger project, like a season brochure, the collaboration is generally friendly and intelligent.  3.  The sets and stage lighting are very competent which gives all of my reportage style photos a big head start.  4.  We've won numerous ad industry awards and have been published in many theater publications.  5.  Everything I produce has a big credit line adjacent.  6.  In theory, I get all the comp tickets I would ever want for every show.  7.  Every year I have the option of getting the entire house for a private show.  I've generally chosen their superb holiday production of David Sedaris's, Santaland Diaries, and it's been fun to ring in the holidays with 150 of your best clients and dear friends with a first class, classic comedy. 8.  I get to try out the latest gear in highly complex situations without the fear that momentary failure will end my career.  That means I get to take more risks and really come to understand the capabilities of the equipment I'll be pressing into service for national advertising clients.

There is, of course, the benefit of hundreds of thousands of advertising impressions of some of my best work.  Delivered to the best household demographics in the best market in the entire southwestern United States, with my credit adjacent to every image..  And, 10.  I really, really enjoy the live theater ethos.

Occasionally I'll run afoul of a mal-adjusted designer or technical person and I'll get my feet stepped on.  In most cases it's because they are myopically focused on their section of the production and really don't get how the creation and maintenance of a visual brand make such a huge difference in motivating subscribers and individual ticket purchases, which are a large part of the funding for the theater.

I can only suppose that they think I'm being paid enormously well and they resent it.  The truth is much different.  And that's where the other side of the calculus comes in.

Most of the work I do is shooting dress rehearsals.  In these intensive shoots I'm always attempting to distill the play into fragments that tell the whole story.  Snippets that translate the emotional character of the work, and vignettes that give potential audiences a whiff of the sweet or tangy texture of the work.

This requires a heightened vigilance, very quick responses to changes in lighting and composition, the best gear, the best lenses, the best reflexive responses to the action in front of me.

I'm generally coming in to the theater after a full day of work with advertising clients; a demanding situation in itself.  I arrive around 7:30 pm to be ready for an 8 pm curtain call.  I'm carrying two Canon 5D Mk2's and an assortment of lenses.  There's a 24-105 glued to one body and a bunch of fast primes that leap on and off the second body.  I'll shoot between 10 and 16 gigabytes of imagery over a three or four hour time frame.  Sometimes technical issues will push the start times back to 9 or 9:30 pm and often we aren't out the door till long after midnight.  A tough schedule when you've been up since six a.m. and you've got a 7 am call at a location for an ad client the following morning.....

Occasionally, the marketing director will want to set up a shot and will request that I bring lights and softboxes.  I bring along a set of Elincrhom Rangers and heads for these times.  We'll shoot the entire dress rehearsal and then shoot what we call set up shots.

The drop of the other shoe is the scheduling.  Many times we're right up against the publication deadlines for the only local paper and the theater marketing staff will desperately need images the next day.  If we're already scheduled with clients on that day it means that we download, edit and burn to DVD anywhere from 800 to 1500 images and stick them on our studio door for an early pick up the next day.  By the time the photos are picked up we're off in another corner of town, making happy faces at corporate executives and their handlers.

This doesn't include the time spent on special shoots for season brochures and all the other attendant marketing projects that we get roped into.  And, as I've said, most of the work is donated.  Just as the time of the board of directors is donated.

I've been doing work for this client for nearly 18 years.  The board of directors loves our company and recommends us broadly in the community at large.  And that's nice but the flip side are the numbers that come when we add up the services we've provided.  If we charged our full rates for all of the projects we've delivered we will have created between $200,00 and $360,000 worth of intellectual property.  We are the visual brand, the institution's visual memory, and the day to day photographic content of all their advertising, marketing and public relations collateral.

Is it all worth it?  Is it worth my time?  It's hard to say.  At times, when the images look astounding and the accolades come rolling in, and you share in the spirited euphoria of the actors and creators the answer is a resounding "yes!"  When someone drops the ball on the comp tickets they promised your big client or when a tech person pushes you out of the way during a shoot in order to get bad snapshots for their personal portfolios you have to wonder just what the hell you're wasting your time for.

Like I said, it's a big and complicated calculus.  An intertwined and conflicting matrix.  But in the end the fact that I've been doing this work for nearly 18 years provides the real answer.  I love it and I'd be sad to abandon it.  I do it for the images and for the actors.  And the actors do it because they love their craft.  Nobody is getting rich here but in many ways the impact in the community is both contagious and worthwhile.  And isn't that what art is all about?  Doesn't real art explain what it is to be human?

What sweet power to be the visual translator of a rich, rich creative community......

(All the images in the above composite were shot with Olympus digital cameras and lenses...)
Posted by Kirk Tuck, Photographer/Writer at 21:03 9 comments: