Shedding the layers of adult responsibility. Are LED's the next big thing? 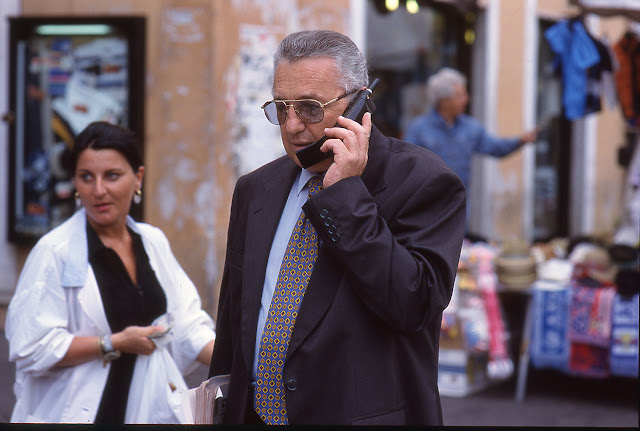 
Just a random assortment of frazzle ended topics that, by themselves, don't add up to a blog but in aggregate may make sense.  Punctuated by photos I like.

First up:  Kirk is now officially fascinated with LED lights of every variety.  It started when I wrote my book about lighting equipment

.  I did a small segment about a borrowed Micro unit from LitePanels

.  I liked it but I thought it was pricey and didn't put out enough power.  Then I bought an inexpensive Promaster unit that came thoughtfully packaged with it's own A/C power supply, although it works well on double "A" batteries.  Then I bought the unit I wrote about recently, the DLC-DLDV60

.  It packs quite a punch of photons in a very small and inexpensive package.

I was pretty happy with those two battery powered units and didn't think much about using them in the studio until I stumbled across a light from a company called ePhotoInc. that sells various inexpensive lighting stuff on an Amazon storefront.  They listed an LED unit that has 500 bulbs, supposedly puts out as much daylight balanced light as a 500 watt tungsten fixture and runs cool while only sipping around 100 watts of power.  It was right around $200 so I bought one on a whim.  Amazon shipped quick and I took possession of the unit last week. 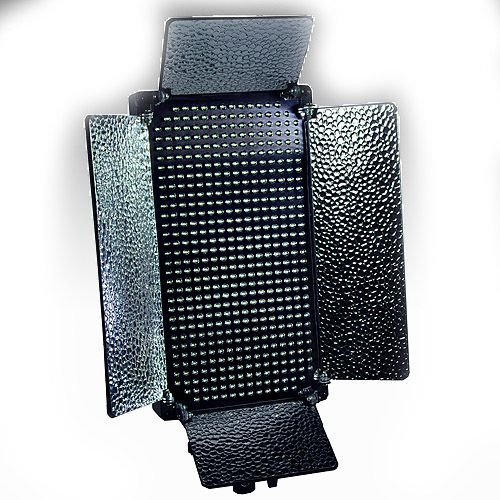 A bad grab shot of the ePhoto LED 500.  But plenty spicy in use.
This thing is amazing.  It runs on A/C.  You can use the switches on the back to switch four different banks on, it weighs about five pounds, the actual LED section is about 14 inches tall, not counting the barn doors.  The unit is actually supplied with a little wrench you can use to tighten the barn doors if they come loose.  I switched it on and I was amazed at the light level that came squirting out.  I ran into the house and grabbed Belinda, put a small diffuser panel in front of the light and started shooting.  It's basically the same effect as sticking a tungsten movie light behind a diffusion scrim and blazing away.  But the wonderful things are:  No heat build up and no popped circuit breakers.  Wide open apertures if you want them.  Enough juice to stop things down.

I compared the light temperature with daylight and it's a pretty good match.  Pretty soon I  put the Elinchroms and Profotos back into their cases and I've started shooting everything with this light, using the two battery operated units as background lights and accent lights.  Yesterday I was looking at the results on the screen and I went back to Amazon and ordered another one.

Now I'm interested in sticking my toes into the world of LitePanels.  They make the pro stuff.  While the above ePhotoInc 500 is robust and mostly well finished metal the LitePanels seem to have taken the movie making and video world by storm.  And the range of their offerings is really incredible.  Their units include spot units, tungsten and daylight balance switching in some units. And a number of the units can be turned down with dials to almost zero without color shift.  They even have LED ringlights.

I don't shoot a lot of action.  I shoot a lot of portraits and I remember reading about Irving Penn making a giant wall of light bulbs behind white tracing paper because he liked the effect of a large soft wall of light.  Can you imagine a who interlinked assemblage of LED panels measuring six by eight feet with one layer of Rosco Toughspun diffusion over the whole thing?  It would look marvelous!!!!

So what pushed me in this direction?  Well, Will and I made another video and one of the smaller units came in really handy at one point.  I love the idea of WYSIWYG lighting and I like the idea of using one kind of light that would allow you to shoot HD video and still images with the same set up.  That obviates flash.  And like most photographers I like the trend of doing images with a very, very narrow depth of field.

And then there's visual differentiation.  I want to sell a look that no one else does.  Different lights might be part of that look.  The second panel should come tomorrow or Thurs. at the latest and I'm lining up a gorgeous model to shoot.  I'll let you know what transpires but I can already feel the desire for panels #4 and $5. A whole big bank sitting behind some diffusion.  I'll be around $800 into the LED big boy panel mix by then but it won't mean that I'm immune to the siren song of the LitePanels stuff.  Which I guess is a bit silly.  Like owning Nikon and pining for Leica......But we still do it.

Next up:  Shedding that adult responsibility. 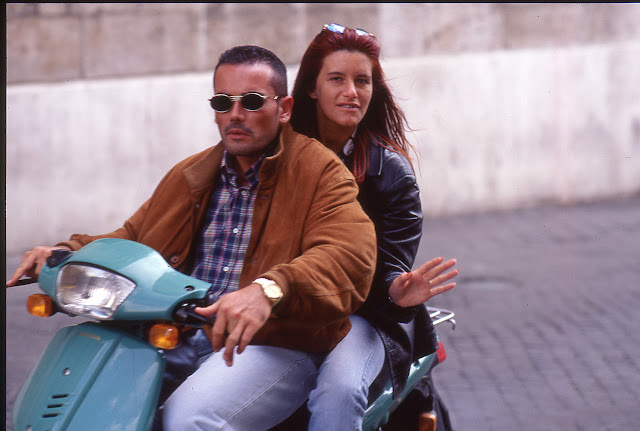 Remember?  Remember when life was like that and you didn't have to care?


Ever wonder why we do it?  Why we go into the office every day and do the work thing?  You can lie to me and everyone else about how much you love your job but would you do it if no one paid you to do it?  Would you continue to go through the steps knowing that the primary cheese is gone?  Did you every set a number in your head for how much money it would take for you to retire and step away from the mind numbing madness?  Did you reach that number only to find that your spouse and your family moved the bar way up from where it was?  Are you paying for everyone's cellphone data package and the premium cable and the car insurances and all the other stuff that the people in your family expect you to supply?  Have you ever thought of just stepping away from it all and telling them to get their own stuff?

You can delude yourself that photographers are immune to all this.  That we love our jobs so much we'd do it even if no one paid us but the truth is that that's bullshit.  No one will knowingly shoot some stranger's wedding just for the thrill of exercising their shutter finger and their post production skills.  What photographers mean when they say they'd shoot even if no one paid them is this:  I would take out my camera and shoot the projects I've always carried around in my heart if I didn't have to shoot all the other stuff I shoot because I need the money.  I'd do my project shooting sensual portraits of the 50 most beautiful people I've ever met.  I'd roam the streets looking for those funny moments in between funny moments to shoot.  The kind of photographs that laugh at the vast silliness of culture.  I'd shoot stuff to see what it looked like.  I'd shoot and print to surround myself with beauty.

If I had a couple million dollars in the bank would I show up and shoot the puffy faced CTO at the drab start up offices of yet another start-up software company in an industrial center cloistered out near the airport?  Would I relish the moment when the receptionist hands me the temporary vendor badge and asks me to fill in my license number and make of car on the ledger sheet at the security desk?  Would I hunger to help my assistant drag the cart full of gear down the badly carpeted hall to the tiny conference room with the enormous, gothic conference table where I'll stand and ponder "how in the name of origami will I turn this turd of a room into a temporary studio?"  Naw.  And you wouldn't either.  No matter how much you love your new TurboFlex camera.

So, what to do?  I have a new process I call, "Shedding Adult Responsibility".  I start by asking myself if the task in front of me is something I really want to do.  If it's not I delegate it, ignore it or blow it off entirely.  If I can make good money for efficient projects I'll do those because I have a scale in my head that gives me the exact measure of the trade off.  But I try not to take projects that interfere with my morning swim or my yoga class.  I try to make sure that every project wraps up in time for happy hour and I try to spend as many evenings as humanly possible at home with my wife and kid.  I do what I like to do.  With the freedom comes the responsibility of saying "no" and leaving money off the table.

So, how do you make that work?  First you have to get very straight that people don't necessarily get rich because of how much they make but because of how much they save.  If your family has trained you to provide premium cable, business class internet service, gas for their cars, and available credit then you're screwed and you need to make some choices.  Shedding faux adult responsibility means only really paying for necessities.  No cable.  At all.  Rip the sucker out.  You'll save a fortune.  Stop paying teenagers to drive your cars by not providing gas or gas money.  Let them ride their bikes.  It'll do them some good.  Cut out buying all food trash.  No money for candy, soda, snack food or desserts.  Provide the basics.  Treats on rare occasions but only healthy food every day.

At some point you just have to realize that you only get one shot to do the things you want and then you get old and then you drop over dead. If you don't start doing what you really, really want to do right now you'll never get around to it.

What motivated this part of the blog?  Several friends my age who hate their jobs, pamper their families and live lives of desperate stress trying to keep it all together.  The young are resilient.  If they aren't they should be.  You are probably less resilient.  It's just like they tell you about the oxygen masks on the airplanes.....take care of yourself first. 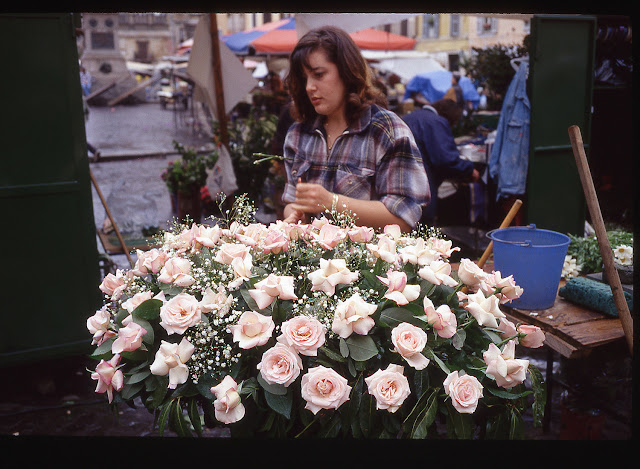 On to another topic:  The Final Verdict on the Canon 7D.


I like it.  A lot.  It shoots well, the files are very nice and the battery lasts forever.  It is also an easier camera to shoot video with than the Canon 5Dmk2.  And so we see another counterintuitive proposition.  The Canon 5d2 is arguably better at generating the highest quality in the image files.  But in most cases you won't see the difference and you'll enjoy shooting with the 7D much more.  That's all I have to say about it. 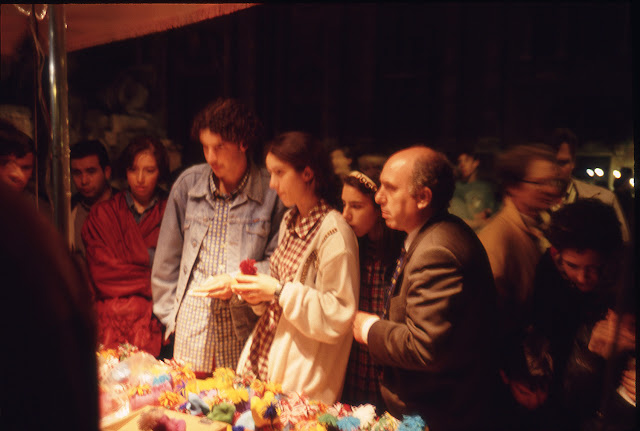 If you want to live as an artist it's time to think like an artist.  Think different.  Be different.  Listen to the voice in your head.  Block out the voice of the neighborhood watch, the fear of failure, the paralysis of fear. Plunge in and do what you want to do.  I always remind myself not to wait until it's too late.  But then I also have to ask, "Too late for what?"
In the end it all boils down to one question:  "Are we having fun yet?" 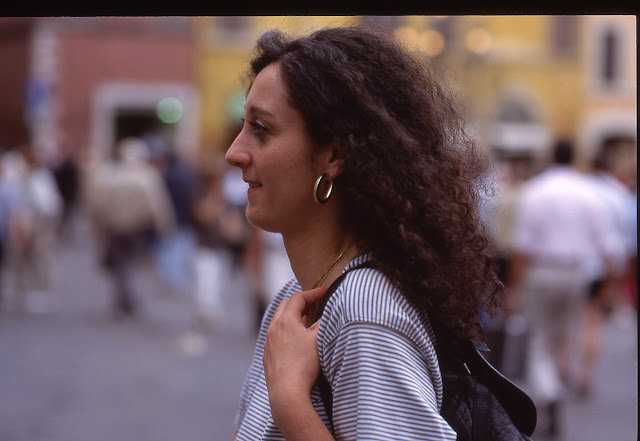 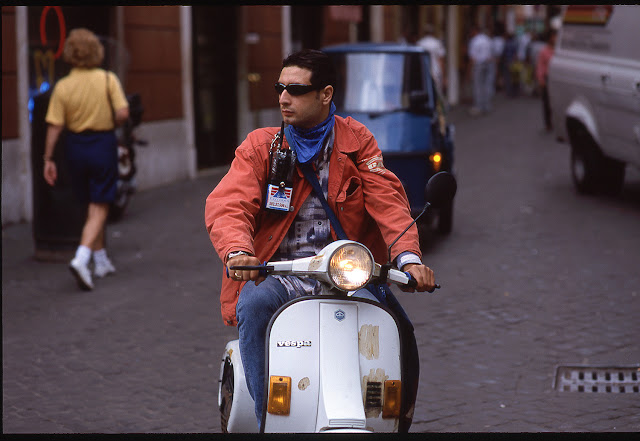