So.  I have had a Canon 60D for all of two days but I've already learned a good deal of stuff about the camera.  When my friends who shoot Canon ask about it they generally ask me two questions.  The first one is about how good the autofocus is and whether it will work for sports.  The second question is usually about how good the high ISO image quality is.  As for the AF.......works fine for me.  But lately I've been more interested in how well the camera can assist me in manually focus different Zeiss lenses.  When it comes to IQ and noise at high ISO's I guess the easiest way to find out is to round up a snarly looking teenager and have him sit still as I try a few exposures at every ISO setting and then plop them onto the computer and take a look.
What I've shot below are images of Ben at 100 thru 6400 ISO.  I shot with two 500 LED lights covered with Rosco toughspun diffusion.  I set an aperture of 2.2 all the way through and changed the shutter speed in step with my changing ISO's.  I didn't change the lighting intensity, distance of subject to the lights or any other parameter.  I shot in basically the default settings.  Most importantly I shot with the noise reduction set to standard.  The files are Jpegs.  They started life as Large/Fine.  No changes were done in post.  No extra noise reduction added.  The color setting was "Standard".
It's pretty easy to see that the color and the exposure remain pretty consistent from ISO 100- 6400.  If you enlarge the 6400 exposure you will find some color noise which I think could be pretty well ameliorated with a bit of noise reduction in Lightroom or PhotoShop.  The sharpness remains high.  I could have done this test in raw but then it becomes, partially, a test of the raw converter as well.  If the camera can do this nice a jpeg right out then chances are the raw files will be pretty easy to handle as well.
Yes.  I know I would have gotten more hits if I used a "hot swimsuit model" but Ben was already hanging out in the studio and the fee was reasonable. 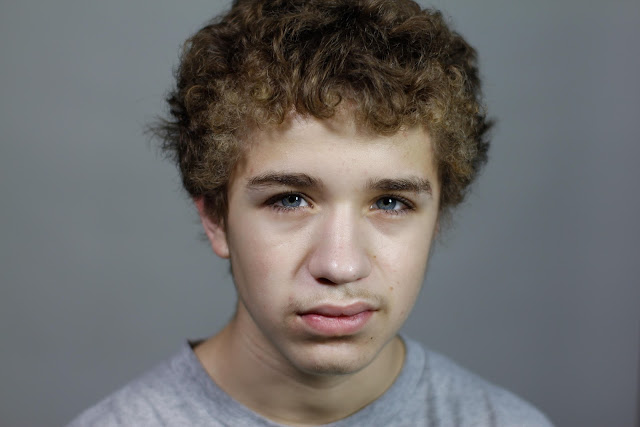 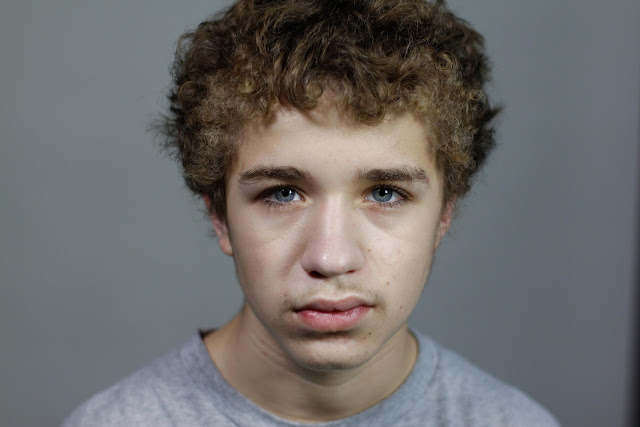 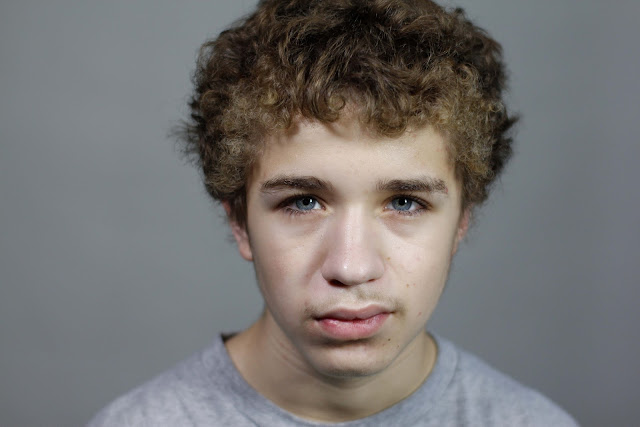 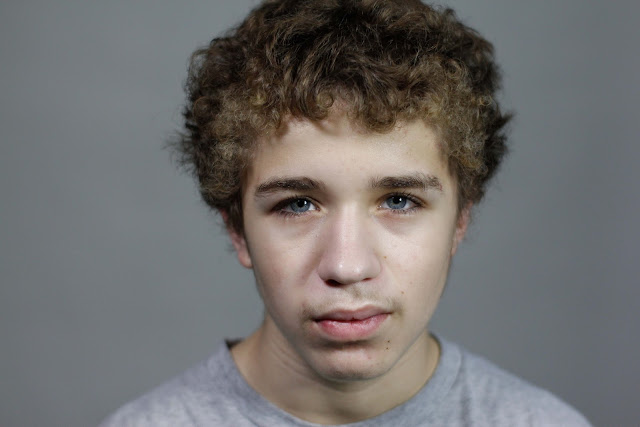 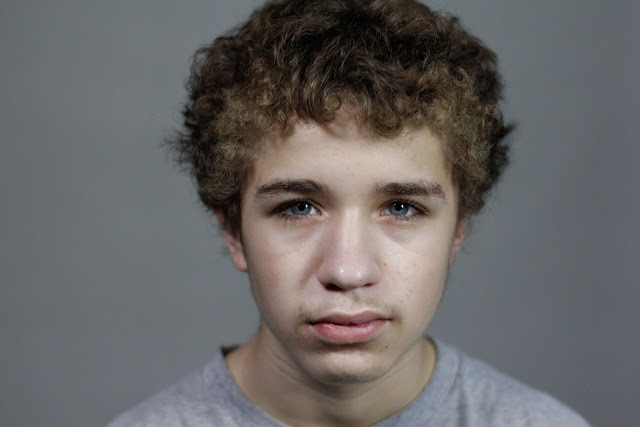 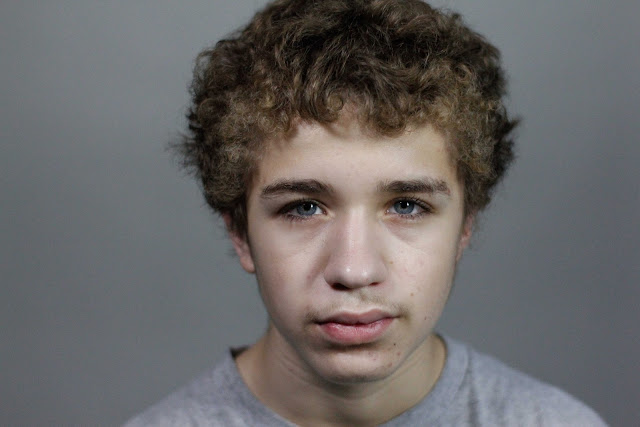 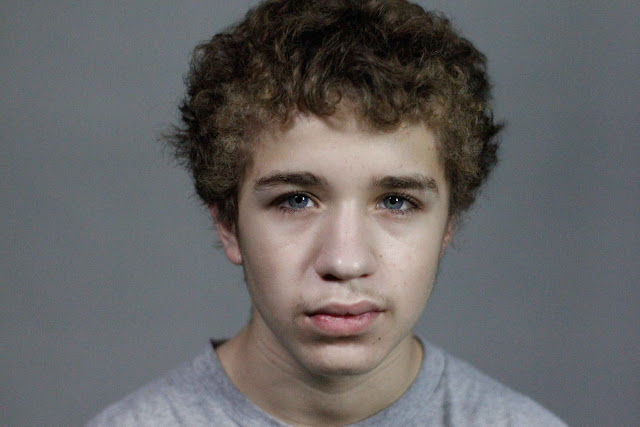 
So much for the nerdish pixel peeping.  A camera is only half measured by its performance around these parts.  The other half of the measure is the way the camera handles.  While some of the controls have been moved around and some button commands that were dedicated on the 7D and 5D2 have been placed on the "Q" menu I was able to move through the "what the hell does this do?" stage pretty quickly.  Most of the menu items remain the same.  I have medium sized hands and find that the 60D fits me much more comfortably than either the 5D2 or the 7D.

I think the autofocus is faster and more assured than on the 5 and less lethally quick than on the 7D.  As I only shoot swimming, and then usually in bright daylight, I think the performance will be great for me.  Most of my use is for walk around art.  And that doesn't happen at the speed of light.

Here are five random things I like about the 60D:

1.  It uses the same battery and charger as the 5 and 7.  Yippee! More back up batteries and chargers.

2.  It is smaller and a bit lighter than the other two cameras.  Big bonus if used as a street shooting machine.

4.  It does really great video.  The footage looks nice.  The sound quality is good.  The menus are straightforward and the swivel LCD is perfect (and beautiful to look at).  If you needed to choose a good, all around video platform I think this is the body I'd pick.  I'll let you know more after I've had a chance to shoot it in hot weather.  That's the nemesis of the Canons for video.....

5.  Strangely enough,  I like the SD card memory.  I have a ton of cards.  You can carry a pocketful.  They're plentiful, cheap and work.

Here are a few things I think are not so good:

As far as image quality goes I find that I like the way it renders flesh tones better than its predecessors.  I also like how quick the black out time in the finder is.

The bottom line is that the camera is sharp enough and fast enough for professional work at a high level. Two of these cameras and a small selection of lenses would be a great starting point for someone who wanted to venture into both still photography and the world of multi-media.  For my shooting I'd choose the following lenses:  15-85,  60 EFS macro,  70-200L (whichever one you can afford.  They are all good.  My preference is for the f4 with no IS.  It's cheap and lightweight but very, very sharp).  The whole package would be under $5000 and you'd be ready, from the camera angle, to compete in the professional arena.  Of course the lights and stands and microphones and stuff are a whole other post.

Why did I buy a 60D if I already had a 7D and a 5D2?  I wanted a stealthier camera to take out on walks and when shooting for myself.  I wanted a back-up for the EFS system which I find myself using more and more.  The 5D2 makes nice files but I find myself not particularly enamored of its feel and ergonomic functionality.  I'm keeping it around for the really nice background blur I can get with sharp lenses but, at ISO 100-400 I feel that the other two Canons yield files that are just as nice.

Cameras need to hang out in pairs.  The EFS cams are my day to day cameras.  The full frame seems to always be a special use tool.  Especially in video, where my problem is usually not enough stuff in focus rather than too little.

Should you buy this camera?  Hmmmm.  How the heck should I know.  Maybe you're very happy with your 1DSmk3 or your D60.  If it works I guess you don't need to change.  I spend a lot of time with a camera in my hand and a lot of time messing with files.  If this keeps me from having to change lenses as often when out on location and the files process better then I can easily justify the expense.  Especially since the markets are visibly starting to recover.