Don't call the therapists in just yet. He does smile most of the time. 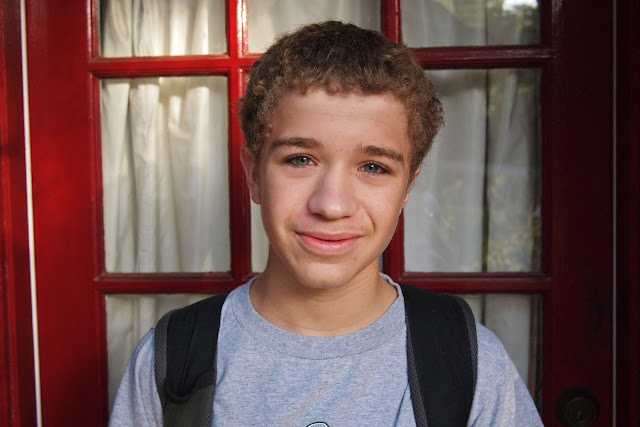 Poor guy.  I'm always dragging my son out into the studio to sit in front of my camera while I test stuff like lighting for the next morning's shoot, or to see how a Canon 60D handles high ISO settings.  Or lately in front of a bank of LED lights that were way too blue and way off color.  I started hearing from concerned friends.  "Kid looks gray!" "Does he ever smile?"  etc.

So here's a quick post of the guy with a smile on his face, getting ready to head off to school.  He's generally pretty happy.  Really.  I swear.  And I'm sure he'll pay me back.....he's doing a film production class this semester....
Posted by Kirk, Photographer/Writer at 21:49 2 comments:

The constant lure of continuous lights. 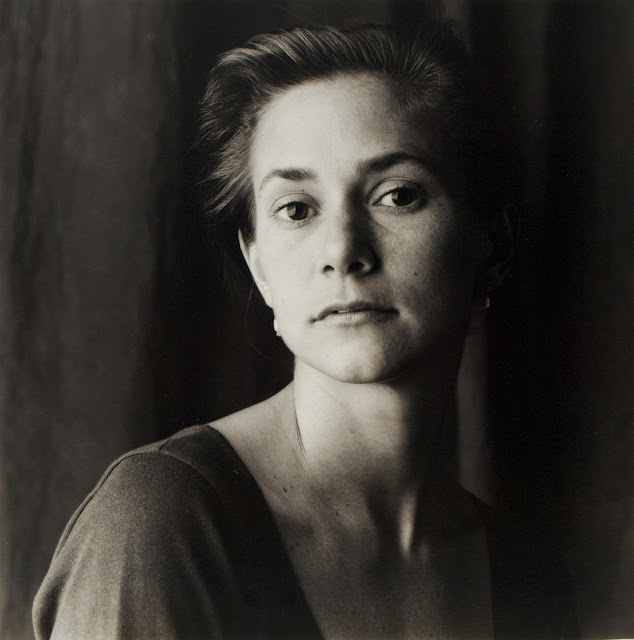 This is a scan from a print.  Sarah is a painter.  She has a wonderful face.


Since the very early days of my photography I've been drawn to continuous light.  There's something wonderful about seeing very clearly exactly what the camera will end up recording.  And it worked really well in the days of black and white film.  I abandoned hot lights during the infancy of digital because the weaker blue channel in most cameras (pre-2005) caused a high degree of noise when confronted with light that was strong in red and yellow but deficient in the blue spectrum.

After working for a number of years with studio flash and portable flashes I started to push back toward my earlier techniques.  By 2008 digital cameras were so good that they handled incandescent light with relative ease.  But until recently I had a very hard time making good black and white files.  Now, with the combination of PhotoShop CS5 and a new infusion of constant light sources I've started to venture into work made specifically to be shown as black and white.  And I've come to realize that I make important decision about how I'll shoot and how I'll light depending on what the final form of the image will be.

I like strong, deep shadows when I shoot portraits for black and white.    I also like much higher sharpness and more contrast.  But the general feel of the light; the soft quality of big sources, is a given.  Almost all the time....... 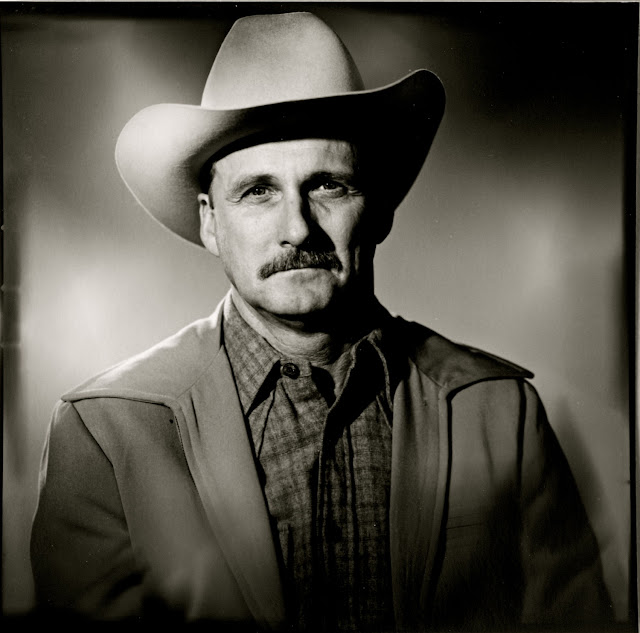 This is a scan from a print.  During the printing I used a device called a Pictrol between the enlarging lens and the paper.  It had plastic blades like the blades of a lens diaphragm and where the blades overlaid the image it created soft zones.


But the image of the rancher, above, was taken while I was deep in my first exploration of cinematic lighting.  I assembled a collection of spots and fresnel fixtures and even broad softlight fixtures and mixed and matched them for the effects I wanted.  In this instance I used a small Lowell ProLight with a four way barn door to come in from my left, right under his hat.  The barn doors narrowed the light beam and helped the light drop off across the front of the jacket.  I threw several spots of light on a gray seamless background and added a backlight, also from the left side.  The style worked well for character portraits and I kept the lights in my bag of tricks for sometime.  But it didn't translate well in the early days of digital.

Now we've come full circle and I'm testing the waters.  The Canon 5Dmk2 seems like a good match for this style.  The real trick is to find the right conversion parameters for black and white.  I have friends who swear by SilverFX but I'm busy making my own presets to mimic the look and feel I've always liked.  I want to understand better how the various light channels can be intermixed to get the effects I want. 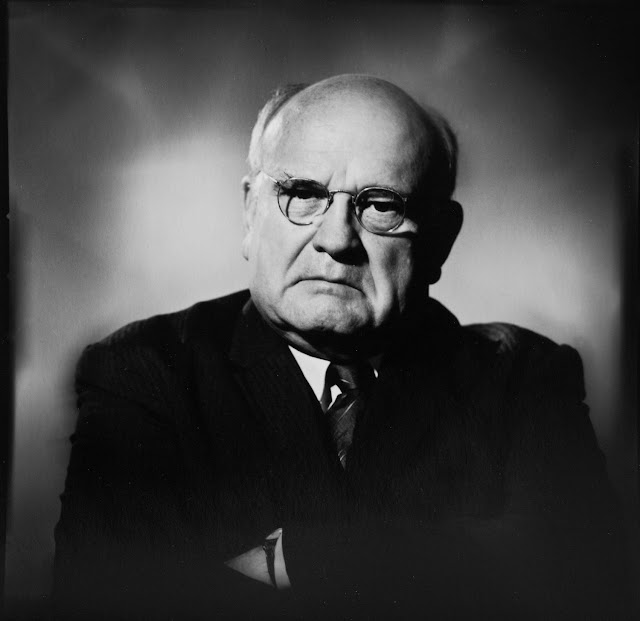 Same general information as the image above.  All done with Hasselblad cameras on Tri-X film.


The next step is to figure out how to duplicate the look I had with tungsten spot lights with the new generation of LED lights.  I am drawn to them for both the softness of the larger banks but also for the idea that one can use LED lights very, very close to the subject without worrying about heat and discomfort for the subject.  LEDs are a technology that seems to be in its infancy right now but is spreading quickly.  I recently purchase three 500 LED panels that are AC powered.  They measure about eight inches by fourteen inches and they put out a nice light.  The cool thing about them is that I can use them so close in to my subject that the fall off (inverse square law) means that the light once again becomes contrasty and dramatic.

I've also been experimenting with the small, battery operated units because I can take them anywhere.  I kind of feel like a vampire though.  I like shooting at dusk or at night in the studio where I can have total control of the lighting ratios, unfettered by the ambient light that always acts as a degrading fill.

The next step in my process of LED exploration is to find a source of affordable fresnel or spot light fixtures to use.  I want to be able to have the same precise controls I once had with the tungsten fixtures.  There are companies out there that make fixtures that fit the description but their target markets are the large production companies that do feature films.  And their products are priced accordingly.  Built to incredible standards in order to survive the daily grind of movie production without a hiccup.  For an example search for NilaTV  (I can't make the link work on here for some reason......)  You'll find incredible LED fixtures with prices that rival small, new cars.  But the technology is already in the process of trickling down.

I remember when I had my friends pose for me in the days of hot lights.  In Austin.  In the Summer.  That's why I excited to play with LED's this time around.  No heat.  No discomfort.  Lots of control.  Remind me to take the flashes out every once in in a while....if for no other reason that to keep the capacitors formed.  More to come.
Posted by Kirk, Photographer/Writer at 21:41 6 comments:

Looking back in the time machine.

Love this clip from the 1960's movie, Putney Swope.  Let's us know that there's been no big paradigm shift.  Photographers as a group have always worked against their own self interests.

Negotiate wisely.  Know the value of your work and the value of their project.  Learn to say "no".
Posted by Kirk, Photographer/Writer at 10:44 1 comment: