It winds down and it winds up again... 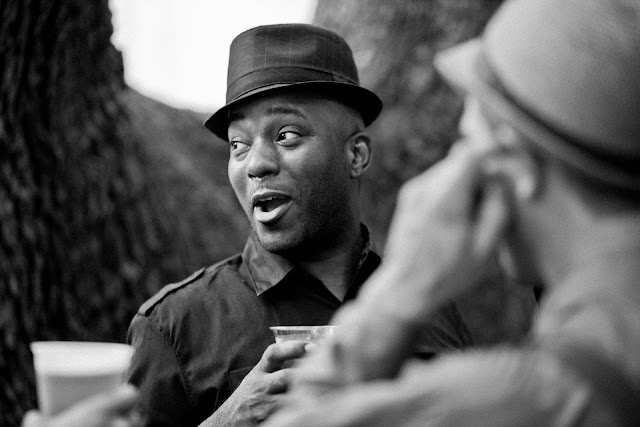 Wedding guest at the Mean Eyed Cat, a bar in downtown Austin.


It's been one of those wild weeks in a busy month that's starting to remind me of the way this business was before the recession made people generally skittish about spending money.  I started the week with a sense of elation by signing a contract to write and photograph a new book.  This time I made it all the way through the contract signing instead of getting bogged down in the minutiae of the contract as I did when I was considering doing the Road Trip book with a different publisher.  What's the difference?  Well, my current and future publisher sent me a three page contract with no ambiguous passages.  And, oh my,  they actually share the proceeds in an equitable manner.  If you're about to sign a contract to work on a book and your prospective publisher hands you a twenty pager and all the stuff protects them and nothing protects you......you might want to re-think who you're planning on dealing with.  Just saying.

So, after the momentary elation of the new project wore off I was left with the frightening realization that I would, once again, be spending months sitting in quiet rooms writing about things I've learned and am learning.  And I will spend just as much time convincing friends and acquaintances to drop by and be photographed in the service of my project.  I always learn so much when I write a book.  Enforced class time for 50 year olds.....

I spent a full day on marketing this week.  I discovered all the new templates for folded, five by seven inch greeting cards in iPhoto and played around for hours.  You probably already know this but it is now possible to do a number of different four color images on the inside of your cards.  Very cool.  I designed a card with a cool photo we'd done of a highway construction worker on the outside and six fun portraits on the inside.  I love the templates.  I love the look of the Apple graphics.  I ordered a couple hundred onlne and was pretty amazed when the Fed Ex guy delivered them to the studio today.  Literally a four day turn from start to finish.  I loved the whole process and the final quality of the cards so much that I sat down and designed two more.  I did it because I like to have stuff in the vault for those days when I panic and realize anew that marketing never sleeps.

On Wednesday I got up early (for me at any rate) and drove a fully packed Honda Element to the far north side of town to set up in a conference room and shoot portraits of the senior staff of an addiction treatment center.  New CEO and about ten others.  It was a fun thing for me because the newness of shooting with LED lighting hasn't quite worn off yet.  I used two ePhoto LED 500

units diffused through a 4x4 foot Chimera Panel, positioned close to the subject.  I brought my own posing stool because I like it and I brought an Apple box

so my subjects could do fun stuff with their feet.  On the opposite side of the diffusion and light set up I used another Chimera panel with a white cover to bounce in fill light.  The background was a simple blue paper on background stands lit by two joined DLC 60 LED panels.

These are little ones.  About four inches by six inches and they run off inexpensive Sony Li-on camcorder batteries.  Mine lasted for the entire session even though I wasn't particularly good about turning them off between sitters...

I headed home, stopped for lunch and got a phone call from the marketing director of the organization I just shot for asking if I could send over a head shot of the CEO right away.  I got home and fed the memory card to my computer and started downloading.  There's a lag in the time it takes to fully ingest a large card into Lightroom 3 so I also stuck the little LED panel batteries on their chargers.  Didn't anticipate needing them for a few days but you never know, what with Murphy's Law and all.

After sending the needed file I started on my next task.  I set up a gray canvas outside (with plenty of sandbags) and I set up all three of my ePhoto 500 LED fixtures with Rosco diffusion material on the fronts of each.  I was supposed to shoot an image of a doctor with his Ducati Monster motorcycle for use in an ad and on a website.  We thought it might be cool to use the gray canvas outdoors.  I'd seen Michael O'Brien do an outdoor shoot with canvas years ago and figured I'd just steal a concept from one of the best.  So now I have all this stuff set up outside my studio, with extension cables heading out from the studio and the whole deal.  It's getting near 4 pm and I get a call from the doctor.  His motorcycle started smoking and cutting out on his way over.  Could I meet him about a mile away in the parking lot of an office building and maybe shoot something over there?  And could I bring him a bottle of water?  And, by the way, the wrecker truck will be there in about 45 minutes......

I'm looking at all this expensive stuff set up in front of the house and studio and I'm wondering when I'll be able to tear it all down and how I'll still be able to meet the ad subject and get the shot when my kid, Ben, comes riding home from school on his bike.  I ask nicely and he goes into assistant/clean up mode while I grab the small LED panels, the batteries and a few accessories and go off in search of the crippled piece of Italian motorcycle sculpture.  Good kid.

I find the doctor and we do an old favorite standby technique.  I put a diffuser over his head, put some open shade in the background and then punch in fill light from four conjoined LED panels.  It works great.  We shoot for while and then talk about motorcycles till the wrecker comes.  I head back home to download again.  I'm working at the computer when I look up and realize that I'm supposed to be at a presentation by Jack Reznicki at Austin Community College.  I'm on a departmental advisory board and I like to be an active participant.  Besides, there's a rumor Jack might want to use my Commercial Photography Handbook

in one of his classes back at SVA.  It's the standard book for the "business of  photography" class that ACC requires for all photo students.

Jack is incredible.  He knows his stuff and there's none of the ego nonsense you sometimes have to wade through with other photographers.  He convinces by the quality of his photos, not the quality of his BS.....which is also really fun and interesting.

Thurs. becomes a long post processing and gear recovery day.  Lunch with Paul, recharge all the stuff that needs recharging.  Burn DVD back ups and do accounting.  Pizza and wine  with novels for dessert.

Today was blocked off for post processing of a fun job.  I'd shot the entire 30 person staff of an ad agency and I finally got all their selections this week.  I set aside today to do the work.  Take out wrinkles, make em look smarter, stronger, taller and angelic.  I think I got close.  I was about to shut down and do something non-photo related when my favorite art director called with a new project.  Cast, scout and shoot an ad by Tues. or Weds. of next week.  I put down the phone and went out to scout.  I called the talent agency I like and told them what we needed.  They're on it.

Last thing to do before I leave the studio for my fifteen step commute to the house is to write a blog.  Box checked.
Posted by Kirk, Photographer/Writer at 18:27 3 comments: