I still think black and white rocks. And I finally am starting to figure out how to do it in digital 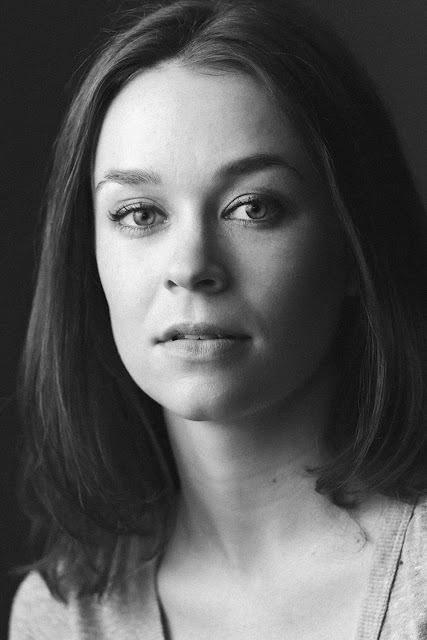 This image started life in the LED lit studio.  I used a big bank of LEDs over to Selena's right side.  Their photons were flowing thru a six foot by six foot diffusion scrim.  I did a custom white balance and the camera set something that looked in PhotoShop like 5400 at +14 magenta (on the hue slider).  We were shooting with the Canon 7D and the fabulous, cheap 70-200 f4 L lens.  To get here I did the best job I could of overall color correction and then went into Adjustments and selected black and white.  I played with the color sliders until I got what I wanted and then I took the image into curves to get a nicer mid range contrast adjustment.  I also pulled down the shadows just a bit.  Then I went to the noise filter and added film grain.  That's about it.

Here's how the file started out: 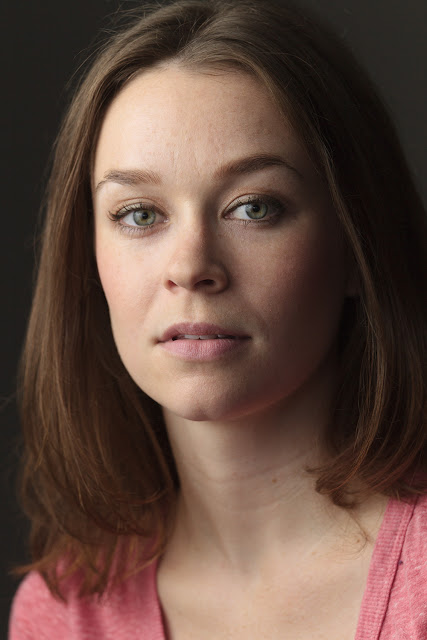 And here's how it looked after I adjusted it in a way that I thought would print better and make a better black and white conversion: 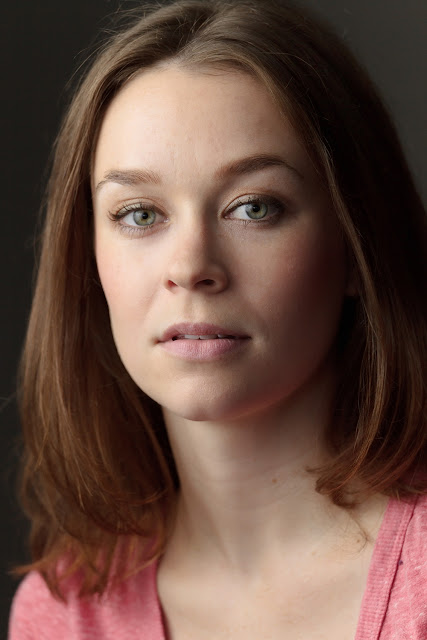 It's not a gigantic change but the skin texture is subdued a bit.  I used the time honored technique of making a duplicate layer, adding gaussian blur with a radius of 34 pixels and then holding down the option key while clicking the quick mask button on the layers panel.  Then I select a brush with an opacity of about 20% and brush in the softness where I want it.  Works pretty well but sometimes I go a little overboard.  That's okay, I can always back off the effect by changing the layer opacity before I flatten the file.
Some of my neophyte friends wanted to know why I don't just hit "grayscale" when I want a black and white files so I decided to show what that would look like as well: 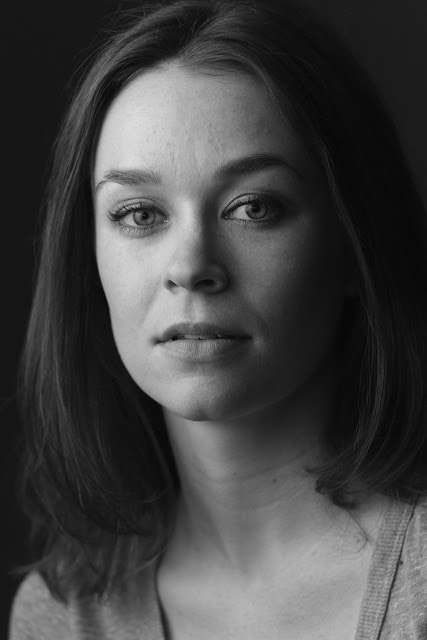 Seems a bit murky to me.  Amazing how much different it looks to me than the first image.  Of course all of this is for naught unless you like the look for the portrait in the first place.   I was sitting here processing the files for Selena's portfolio and I came to understand that the thing I like in her portraits is the way her eyes look.  The phrase "old soul" comes to mind.  So different to me than some of the glamor type shots I see that seem to be a celebration of estrogen over intellect......
Hope you've just about finished that Christmas shopping.......it's sneaking up on us quick.
Posted by Kirk, Photographer/Writer at 12:35 14 comments: