Seeing yourself shoot is eerie. And if you think I'm mercurial about my camera choices look what I was shooting with that day!!! 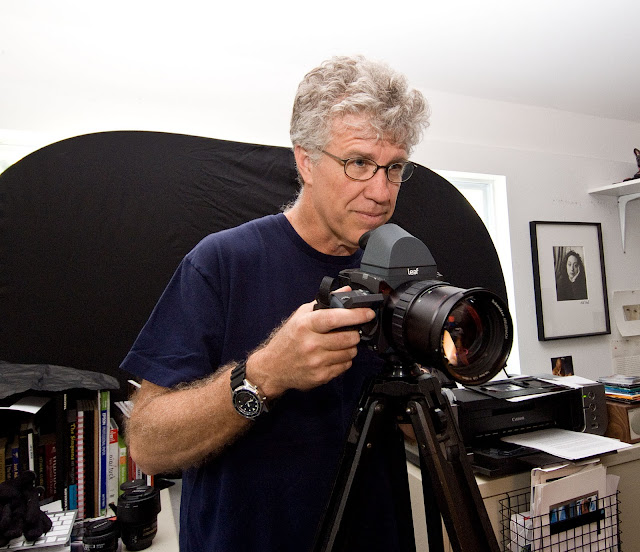 We were busy shooting images of Heidi for the second book.  The one on studio lighting.  I'd forgotten that we were testing the 40 meg Leaf AF7i at the same time.  Gosh, that was one gorgeous lens.  Sure impressed the heck out of the two photographers that dropped by the studio that week.  The clients.  meh. No reaction.  All those shallow people cared  about was the images.  Go figure.
Posted by Kirk, Photographer/Writer at 19:23 2 comments:

And so it begins. My first impressions about the EPL2 Camera. 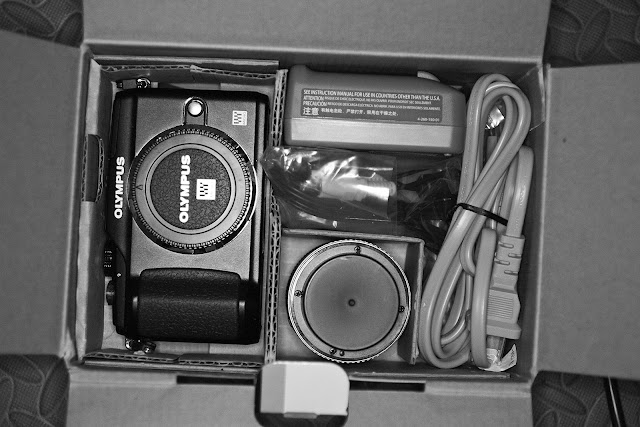 It's a fun day when cool little cameras come from beyond and I get to play with them in a consequence free environment.  If you've followed my blog for any time at all you'll know that I have a real soft spot for the Olympus Pen cameras.  I think these guys are fulfilling a vast market segment that caters to non-professional photographers who want a small and light camera that can use long lenses to photograph their kids at soccer games and little league games but at the same time can be put in a purse or a really big pocket.  Pros and advanced amateurs like their big cameras but only because they tend to think of themselves as "outliers" who need that extra 5-10% of performance and features that the big manufacturers cram into their full size cameras.  The camera that came today is one I reached out and asked Olympus if I could review.  It's their new EPL2

.  It's not meant to be their top line camera, it's a refresh of the EPL1

.  In the next week I'll be shooting with it and carrying it with me as much as possible and on Monday the 24th I'll post an in-depth user's report about the camera and both lenses.

Why am I so interested? Because I've shot with the EP2

for a year and the EPL1 for almost a year and find them to be wonderful art cameras.  The kind of non-threatening, street shooting camera that will give you good results under most conditions and give the option of using an incredible range of legacy lenses from a bunch of sources.  This camera line has spawned an aftermarket in lens adapters for marks as varied as Leica and Nikon.  The updated camera should give me better high ISO performance, great video and easier handling with the new surround dial on the back. 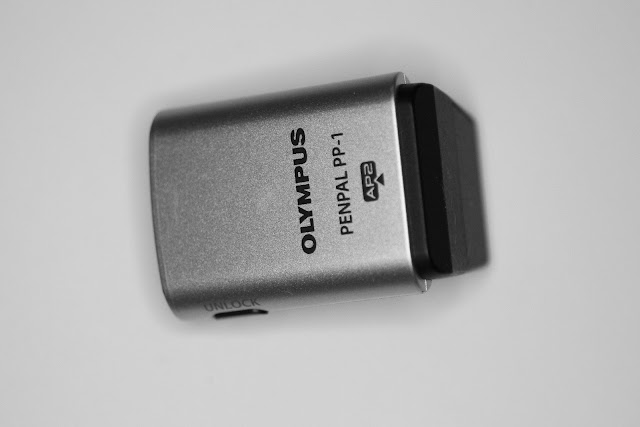 to any other bluetooth enabled device.  That means I could send images to my laptop or you iphone via the camera menu.  Pretty darn cool.  I'll see how well it works with a couple of Mac laptops. 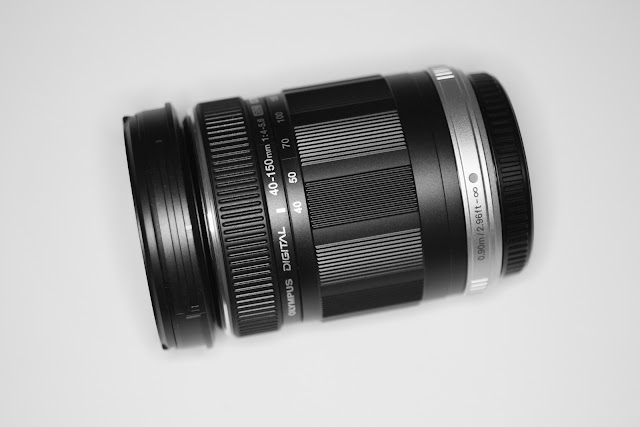 .  It's incredibly light and should be silent enough to use with the video mode and, hopefully, not register on an audio track.  I'm more interested in putting on my 60mm 1.5 lens and shooting some portraits but I'll put the 40-150mm thru its paces as well. 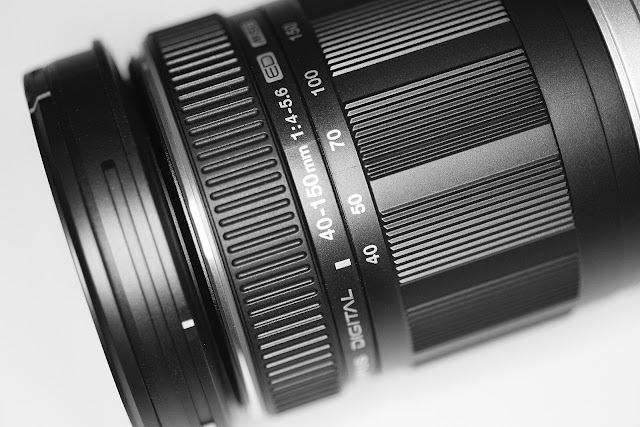 I just threw this image (above) in because I like the way it goes out of focus on the edges.  Not because I'm making a special point about the lens.  Just wanted you to know.  I was shooting this stuff with a Canon 7D

.  The lighting is solely from an LED ringlight, which I think is really cool. 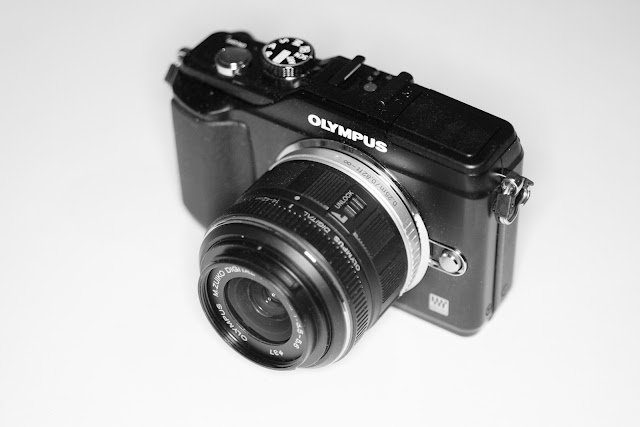 My first impression of the overall system is how small and lightweight it is.  Even with lens attached and battery installed.  It feels much lighter than the EP2 and even a bit lighter than the EPL1.  This is probably the last time you'll see an image of this camera while in my possession without the EVF-2

electronic viewfinder.  I think that this is the pivotal accessory that makes this whole system covetable. 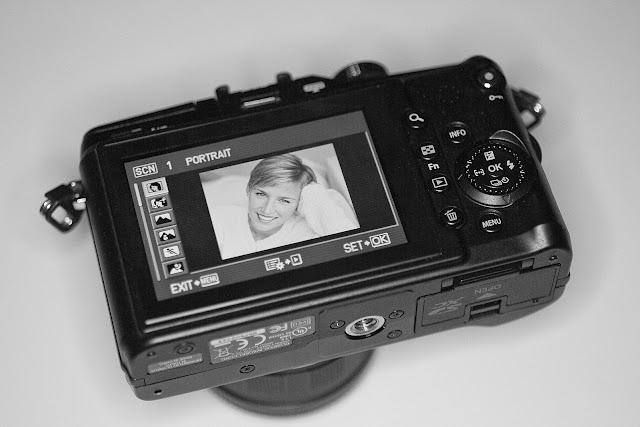 The screen on the back is bigger (3 inches) and much higher res (460K).  Not quite the same as a Nikon D3x but wildly better than anything we had on a camera three years ago at just about any price. 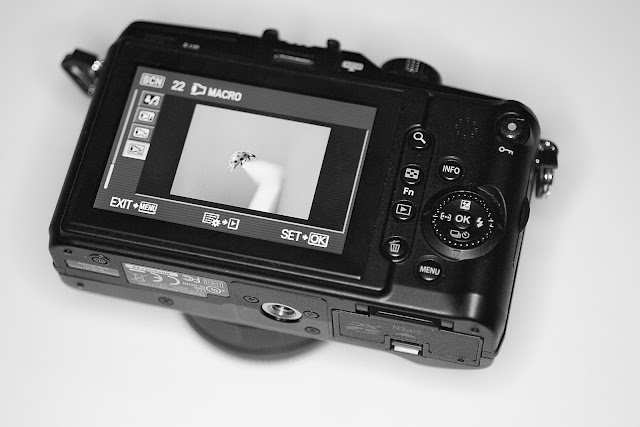 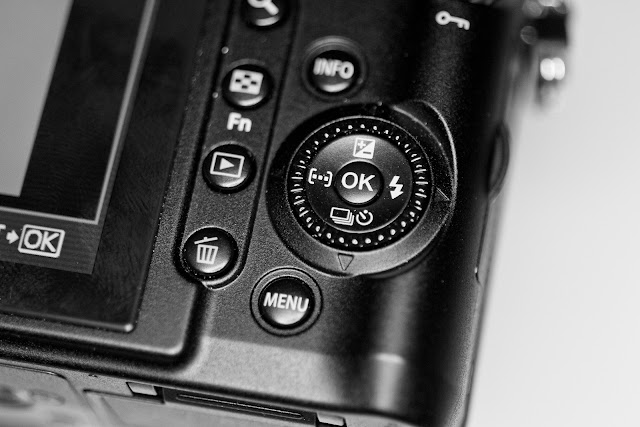 Having the wheel on the back should make it easier to change aperture and shutter speeds.  I love the black finish.  It's fine with me if they make a chrome one as long as I don't have to buy it.  Overall the camera and lens package is not much bigger than a Canon G12

and I can think of a bunch of reasons why I'd much rather spend the extra cash.  Here are some of the reasons:  Nikon 50mm 1.1.2, Leica 35mm 1.4 Asph., eight Olympus original Pen FT manual focus lenses.  If you need more reasons then how about a sensor that's over five times the surface area and gives a  (we'll see) clean 1600 ISO and the potential to go to 6400. 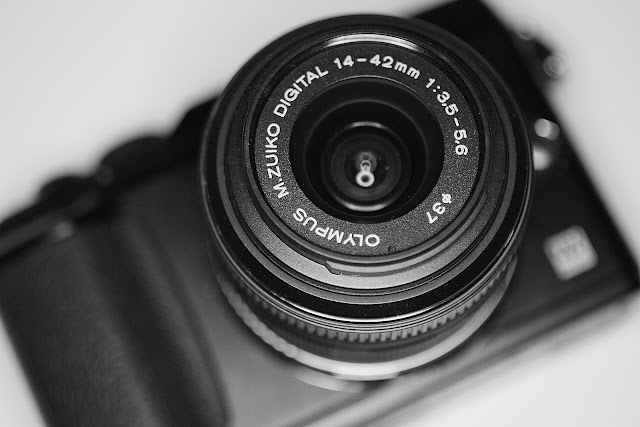 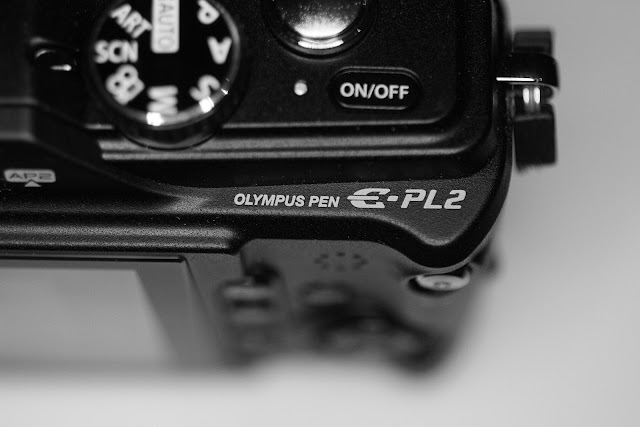 The final "thumbs up" that I'll give to Olympus is that they've kept the battery the same so that all of us who already shoot various Pen models will be able to use our stash of batteries interchangeably.  Thank you.

Stay tuned for more random explorations.  It is really pretty.  I can hardly wait for the battery charger to give me the green light.

Note:  If you do Twitter you could follow me.  Just hit the link on the left side of the blog....
Posted by Kirk, Photographer/Writer at 16:48 14 comments: