I have an anxious personality and at any minute I expect the wheels to fly off any project I touch. 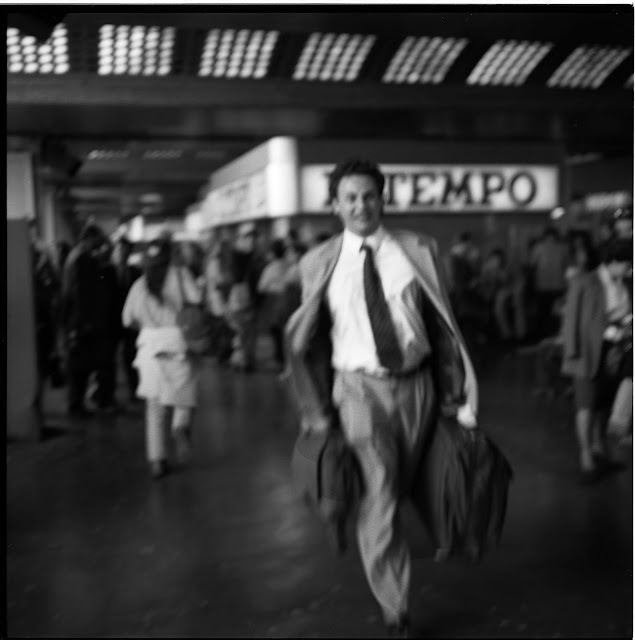 And today is no different.  I'm trying to sort out playing HD video/slideshows on a system that's totally composite.  The deadline is, of course, tomorrow.  We'll just have an audience of 400 we're supposed to impress.  I know a little about the production end and if all the TV monitors we're aiming at are interconnected thru a composite hub then we'll be showing programming at 480i.  The best we can hope for is the gentle buffer of viewing distance.

With a few thousand dollars and some more time we could re-wire everything to hub to HDMI or CAT-5 but it's not my system, it's embedded in a club/restaurant and reality checking tells me that part isn't going to change.  But it doesn't stop me from worrying about it.  Not at all.  You know, butterflies in the stomach and what not.

I'd love to run the programming off my laptop and that's what usually gets done at bigger corporate shows.  I just can't let it go.  I know I'll be up at 3 am researching all of this for the second or third time.  But the outcome won't change.

In an hour my friend and swim buddy, Rip, is coming by to be photographed.  He wrote a cookbook called, The Engine Two Diet, (wildly popular)  and we're doing some photography for a related project.  He's a vegan and will probably be arriving with an entourage and a couple hundred pounds of great looking fruits and vegetables from Whole Foods.  We don't have a comp or a brief or a layout so we're just going to wing it.  That also makes me nervous.  You see, I like to have everything nailed down before we start.  Lighting design in place, prop tables ready.  I've cleaned up and set up the lights I think we're going to use.  I've charged the camera batteries and tethered the camera to a laptop.  Not much more I can do on that one.

I don't know about you guys (speaking to fellow photographers of all stripes) but I get nervous the night before every shoot.  It dissipates when we pull up the first image on a screen and the art director goes, "Ahhhh."  But the feeling is there right up until that moment.  I'll tell you one thing though.....when you are nervous about every shoot you rarely leave stuff to chance.  I'll have three options ready to go for the presentation tomorrow and two back up laptops just in case.

I have extra power packs, modifiers and cameras standing by today.  Perhaps what makes us better professional photographers is the fear......

That's a sad thought.  But one that might be especially true nowadays when the prospect of losing a client or losing a project is fraught with a greater sense of calamity.  Perhaps when the economy straightens out it will be different.  But it never was before.

All this is a public rumination about why my personal work is so important to me.  It's unencumbered by this kind of stress.  No expectations.  No driving intentions.  Just the pleasure of looking and finding and snapping.  The anti-job.

I hope your job doesn't come with the same kind of endless deadlines, third party dependence and logistical trepidation.  If it does then I hope you are paid well.

It's the ambiguity and uncertainty that will kill you.
Posted by Kirk, Photographer/Writer at 14:03 11 comments: