Getting busy. Staying busy. Being happy. 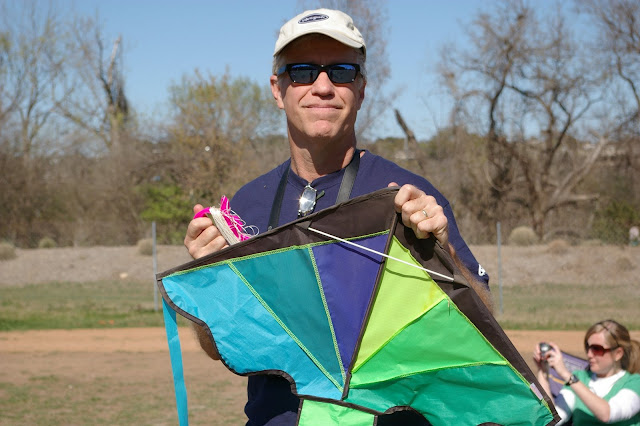 I've got a lot of friends who are photographers and they seem to have a lot of time on their hands.  That's a bad thing.  People are happier when they are busy....even if they aren't making money.  I'll be very honest, 2009 was an incredibly slow year in my photography business.  Looking back I don't think we logged more than 39 jobs over the course of the year.  That's less than a third the number of projects we did in previous years.  That's very scary and fear is as good as curare at paralyzing people.  So, with the blow dart hanging off the back of my neck and cortisol rising I had to come to grips with several facts:   Very few people were returning phone calls and even fewer had anything they wanted to talk about with me that might have a check attached.

I'm sure I panicked as much as anyone out there but there were a few things that really helped take the edge off.  This blog may have been the most calming thing I did that year.  I was able to analyze, out loud, how I was feeling and what I thought was happening.  And you were my feedback loop.  And that helped.

I also (ironically) wrote and produced my Commercial Photography Handbook

for Amherst Media that year.  Of the five books I've written so far that one has elicited the most "off the radar" direct e-mail response.  One person described it as a manual for working photographers who were missing the (previously available) low hanging fruit.  One local reader claimed to, A.  Follow the suggestions in the book about marketing to the letter, and, B.  Doubled his income in 2010.  The book is in use in several college photography programs and is being considered by several more.  I also started my book, Photographic Lighting Equipment

that year.  And it's been a steady seller, which makes me and the publisher happy.

While I'm happy to have the royalties from the books, and I appreciate every single sale, I have to be straightforward and say that it was the continuity of the work experience that was the most valuable by-product of both books.  They added a frame to my working life and a reason to head into the studio and plink away at the keyboard and to shoot "proof of concept" photos with my cameras.  They kept my hands and my head busy and kept me off the ledge of panic.  At a time when people were burrowing down in their photo bunkers and buying dried food the books forced me to engage with models and assistants and clients.  They pushed me to be out in the world.  They were a mild antidote to the corrosive effects of random cortisol release.

Which brings me to right now.  My work this last quarter has started to climb back to the same levels we enjoyed, pre-bust.  But there are still the occasional dry spells.  Same for most of my friends.

I finished writing and producing photography for my LED book back in April and I'm warming up to my next book project but the thing that's occupying most of my time now (and the thing that keeps me from panicking about every little dip....and the recurring bad economic news) is my desire to master every facet of video.  From concept and scripting thru to mastering the intricacies of tweaking sound.  If I have a spare moment it's spent playing with sliders or shoulder mounts.  Or trying new effects.  I can feel a book coming on about the convergence of video and photography.  And that makes me happy because it shows me, like the beam from a lighthouse, that there are still swaths of the economy that are moving forward and adjusting to the new ways.

I met with a former CD from GSD&M this morning for coffee.  He sees the changes.  He sees big agencies who didn't adapt quickly enough playing out their own Darwinian dramas in real time.  He's jumped.  He's out.  Our shared vision of the future is more and more video content for the web.  More stories and narratives.  More eye candy backed up with content that moves the game forward for the clients who've also adapted and moved forward.  It's heady times if we can make the leap across the chasm that spans the space between a media mix from yesterday that was heavy on stills and print to  tomorrow's mix that combines video, writing and stills to make addictive and alluring selling messages for media that never existed before.

Crazy goals?  How about being the first creative person to make a full length, feature movie solely for smart phones?

I guess my message is that I'm surviving  thriving because I couldn't sit still and wait.  The pendulum may swing back to mostly print in the years to come.  I doubt it.  But now I'm diversified and continue to diversify.  I'm writing in three forms:  Books, Blogs and Advertising.  I'm shooting two media:  Still images and video.  I'm sharing knowledge in workshops.  I'm helping equipment manufacturers present their gear to eager users and students.

If your business is floundering.  If you do the same thing you always did and you just applied a glossy coat of varnish  (social media)  and new advertising and it still isn't taking flight the way it once did,  now is the time for re-invention.  And it sure doesn't have to be my schizophrenic model.  Teach more.  Tell more.  Become your own media outlet.  Be your own magazine.  Take yourself back to your own school by fleshing out the subjects you wish you had more depth in.  Do it organically.

Maybe you're a photographer who's already mastered the skill of motion picture camera man (with your Canon 5dmk2 or your Panasonic GH-2)  now it might be time to master sound.  Or start your own production company.  Maybe you are also a foodie.  Wouldn't it be weird to be a photographer who also owns a craft service company (food service for creative productions)  on the side?  If you still have a studio and the main thing you lack is a gaggle of traditional clients to fill it up couldn't you couple rentals to amateurs with a value added package of mentoring?

Everything changed but nothing really changed.  It's a weird idea.

Final thought for the day:  I've been doing traditional head shots since we started in the business.  You know, line em up in front of some seamless paper or a nifty gray canvas and bang away with two or three lights and whatever your favorite style of lighting is.  But do people want that anymore?  Are we selling what clients want or just what we know how to do?  I'm changing that in my business.  I'm going to listen harder to hear what clients say they want.  I'm going to re-invent the headshot.  That's my newest goal.  Probably easier than the feature length movie for the iPhone.....WHAT'S YOUR NEW GOAL?  WHAT DO YOU NEED TO RE-INVENT?   WHAT DO YOUR CUSTOMERS REALLY WANT?  That's what we need to be asking....


And if you are really stressed then go out, fly a kite and enjoy the quiet moments.
Posted by Kirk, Photographer/Writer at 15:51 7 comments: