Nikon 1. Counterintuitive. Crazy. And a whole lot of fun. 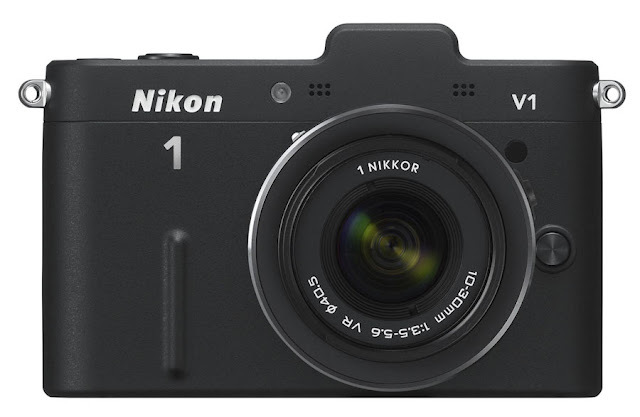 Nikon V1 Camera with Kit Lens. Sweet.
I got some money for my birthday on Thurs. and it was still around when I decided to drop in and see what was new at Precision Camera, my local, grown up candy shop.  I was thinking I'd take a look at the Canon SX40 because Ben and I have had fun with the super zoom cameras from Canon in the past and it's a lot of camera for $400.  My camera guy, Ian, and I played with the SX40 for a few minutes and then I asked him, "What's new?"  And that set of the chain reaction that led to the insertion of VSL into yet another camera system.
When the Nikon 1 Series was announced I thought it looked pretty cool but I didn't take time to understand any of it, and the howl from the denizens on the web forums threatened to kill the whole system before it even hatched.  It is amazing to me how entrenched people get with their current systems and the level of disbelief they have that technology can march onward.  People are shaking their heads at the "small" sensor while gushing over cameras like the Panasonic LX5 and the Canon G12 which have much smaller sensors.....
Ian sauntered over to the case that holds the Nikon goodies and pulled out the V1.  He asked, innocently, "Have you played with one of these yet?" and he put the camera in my hand.  Can I say, "love at first sight?"
I have average sized hands and this camera fit perfectly.  The thumb rest on the back and the finger grip on the front are as close to perfect for me as I can imagine.  If you have gorilla hands you may have a different experience.  While I love the control covered carcass of the G series mini-pro cameras from Canon I was pleasantly surprise how much I loved the minimalist control protrusions on the V1.
But let's back up for a second and I'll describe the V1 for those who haven't kept up with new introductions lately.  Nikon supposedly has been working on this camera system since 2007.  It's got a smaller imaging chip than the micro four thirds cameras and the chip has a 2.7X crop factor compared to full frame 35mm.  There are two bodies available but the cheaper one doesn't allow for an EVF so I pretend that it doesn't even exist.  The body I am interested in is the V1.  It has a built in EVF with a 1.4 million pixel res screen in the eyepiece.  The camera can be set up like the old Minoltas and Sony's so that the screen on the rear is live until you bring the camera up to your eye and then it switches to the electronic viewfinder.  Nice, but the first thing I did was to use the display control to turn off the rear screen all the time.
The camera is small but not too small which makes it easy to carry but nice to hold.  You'll hate this camera if you like all your major controls front and center.  Just about everything on the camera is menu driven.  And it's the Jekyll and Hyde opposite of the EP-3.  The menus is barebones.  Where you can fine tune and finesse just about every setting imaginable in the Olympus the Nikon is almost delightfully straightforward and uncluttered.  You can't fine tune many of the settings but maybe that's because it's intended to be a raw shooter. 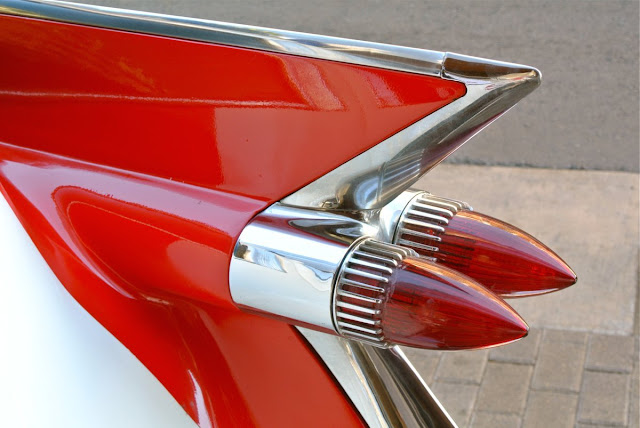 You can look at the picture of the product at the top of the page and you'll find it to appear very rudimentary.  I like it.  But I like Mid 20th Century Russian Industrial too.  I think, once you hold it in your hand and shoot it you'll find it's a cross between "collective functionality" and the kind of simplified interface that makes Apple products so usable.  If you are the kind of guy who likes to replace the motherboard in your PC just so you can say you built it yourself then.....nope, this one might be something different.  To me, clean, spare and functional are attributes. 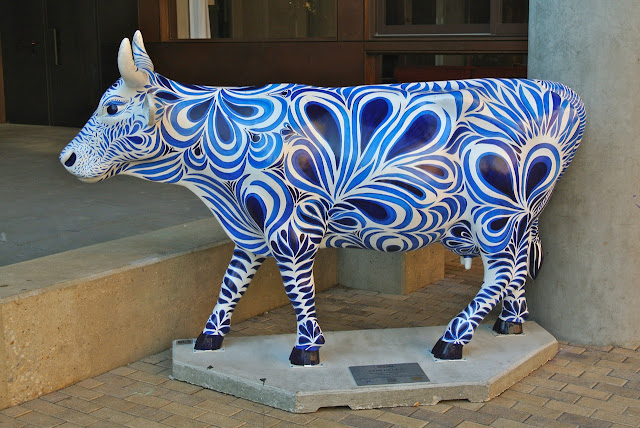 When Ian and I were playing around with the camera in the store we shot photos of the inside of a camera bag.  Silly test, but at ISO 3200 we saw very, very little noise and lots of non-smushy detail.  There was a little bit of evidence of noise reduction taking the edges off eyelashes and what not but not much.  On par with a Canon 7D at that setting.  Maybe a little better.
I beat Ian out of a 4 gigabyte card because I wanted to go out and shoot immediately.  The battery had a 40% charge fresh from the box so I saddled up, asked my full service camera guy to put the strap on the camera and set the date and time and, a grand lighter, I was out the door and headed for downtown.  I thought I'd head to Cafe Medici and read the owner's manual.  Something I do with every camera I buy.
OMG!!!!  Nikon managed to do the IMPOSSIBLE.  The manual is only about 60 pages long and yet manages to cover everything I needed to know with good, clear explanations.  Amazing, since even the most rudimentary cameras these days come with books that rival War and Peace  for length.  I was back out the door one cappuccino and ten minutes later. 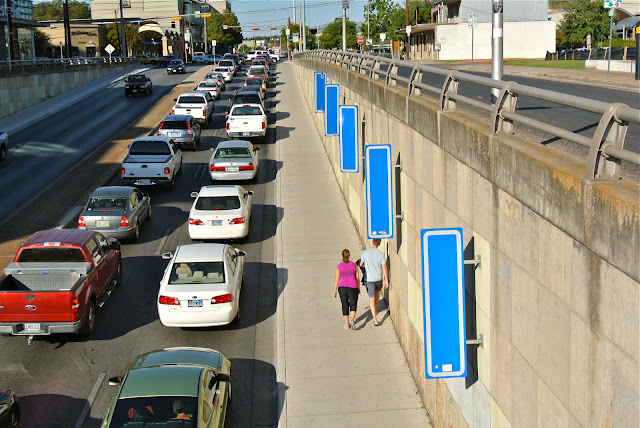 I'd write more stuff but I just spent three hours and 200 files with the camera.  Look above.  It's a shot right out of the camera in Jpeg.  Click on it because I uploaded some big files.  You'll see lots of detail and lots of dynamic range.  I know the sensor is small and I won't be able to put lots and lots of stuff out of focus but I also know that I can lean over a bridge, shoot in total automatic, and come away with a shot I like. 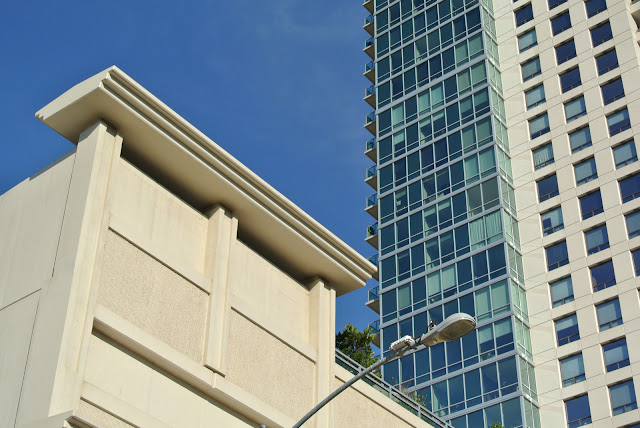 What are the "gotcha's" that I've found so far?
1.  I don't like the fact that they use a brand new mechanical interface for the flash.  I'll have to use their dedicated flash and figure out how to use it to trigger studio flashes if I want to use it that way.  They haven't shipped flashes yet so I'll see what that's all about when they get here.
2. "Wake from sleep" takes far too long.  When you turn on the camera from the "off" position it leaps into action and is as ready as a teenager.  But when you've let the camera go to sleep it wakes up like a grumpy old man.  Figure on several seconds and some pressure on the shutter button before it says hello and asks for Sanka.
3.  Shot to shot recovery is too slow in the single shot setting.  You click, it shoots, then it pauses and then it shows you the shoot and then waits for you to put a little pressure on the button before it comes back to pre-shoot readiness.  Fine for still life and things that don't move much but not so good for my kind of shooting.  Switch to continuous and gain immediate shot to shot responsiveness and a 45 shot buffer. 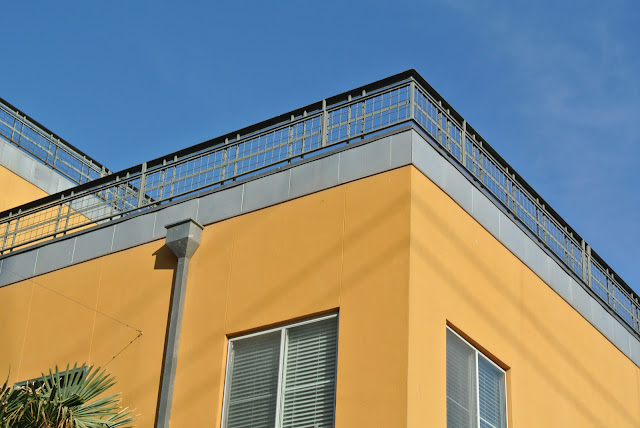 What do I like about the camera?
Can you say, "Image Quality?"  Forget all the crap you hear on the techno sites and just look at the images.  They're gorgeous.  I don't remember which ones I uploaded at full size but if you click around I'm sure you'll have no trouble finding them.  I think the out of camera jpegs are very, very good.  Maybe the color is different than Jpegs from Olympus Pen cameras but it's not necessarily worse color and the sharpness and resolution are second to none in the tiny class.
The other major thing I like is the use of the big, D7000 style battery.  It's rated for 500 images.  I'm tired of tiny batteries that cough up the spirit after only 200 or so images. 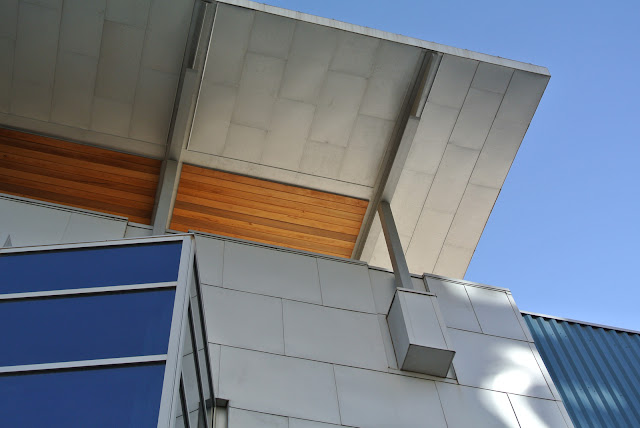 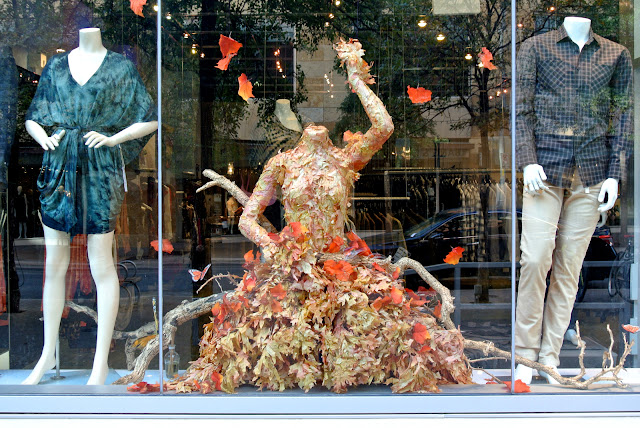 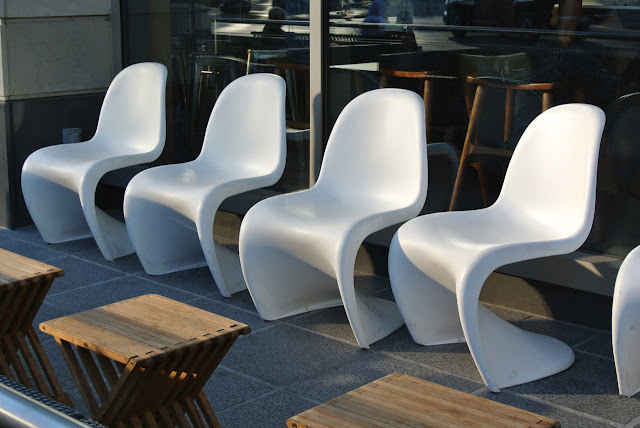 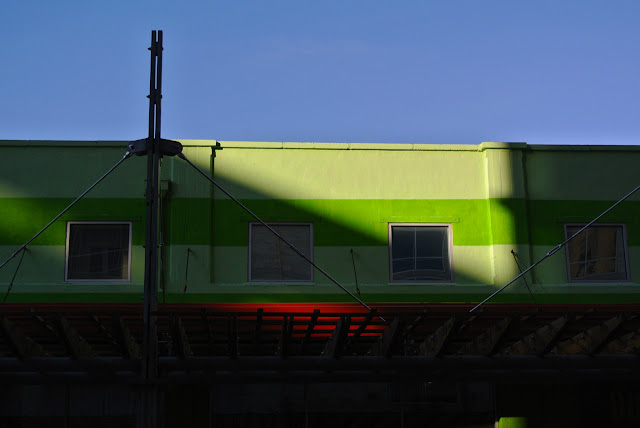 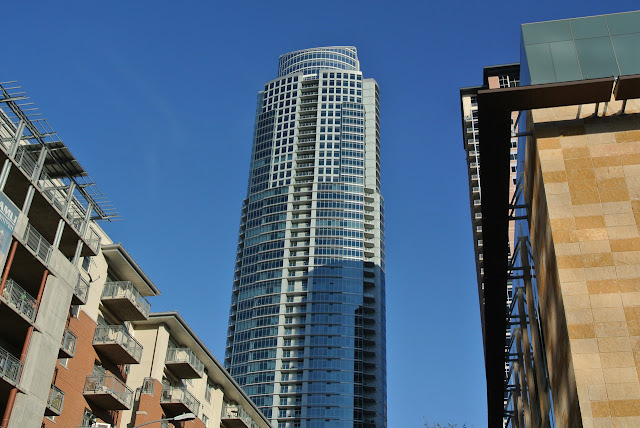 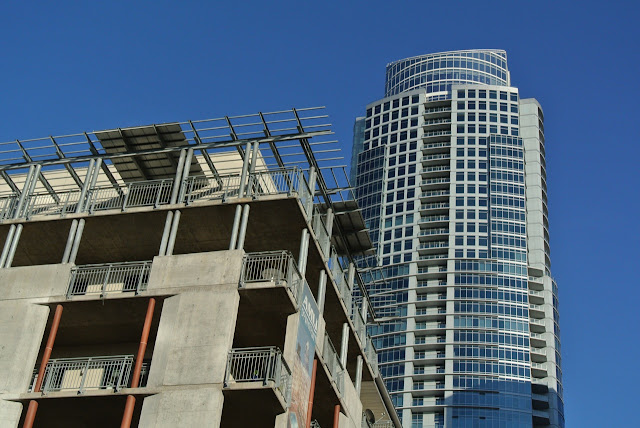 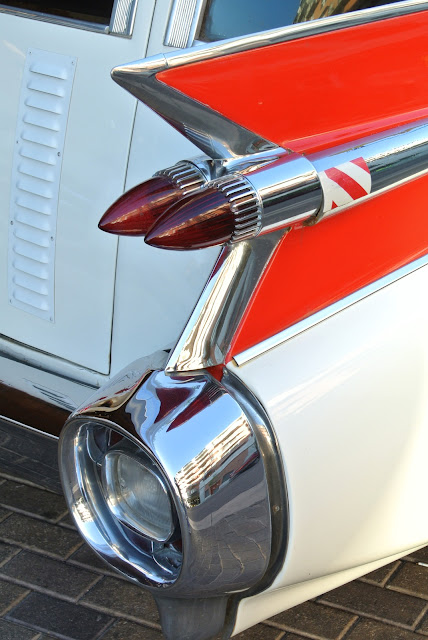 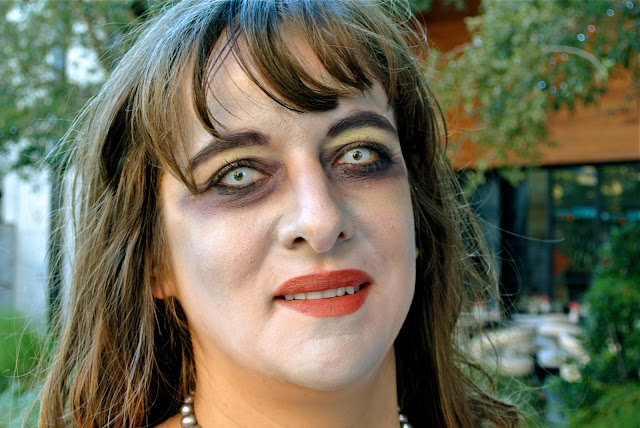 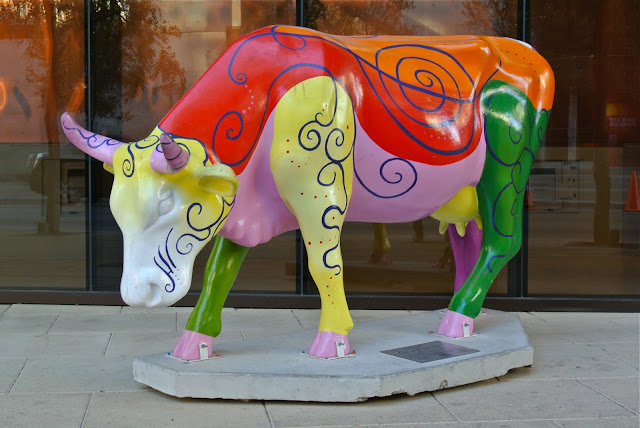 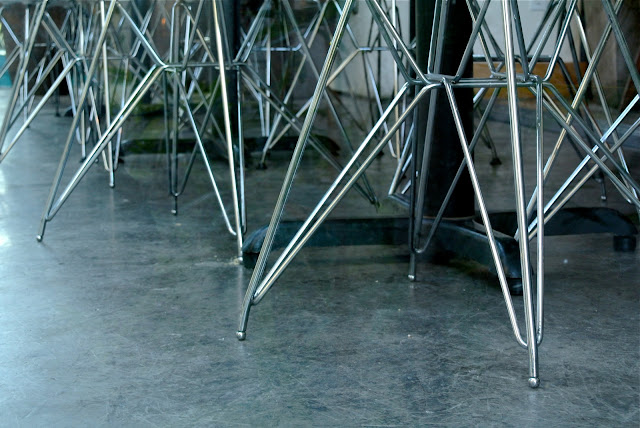 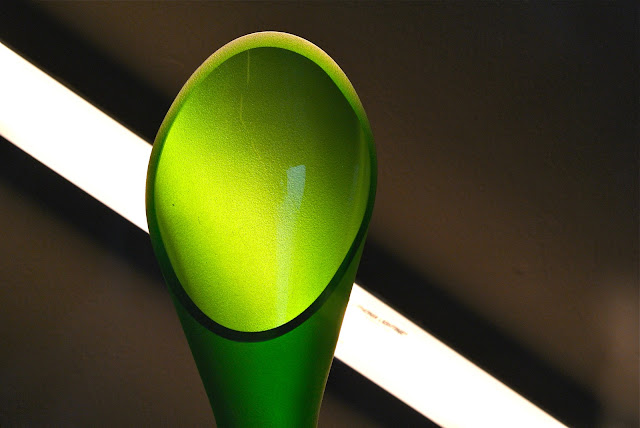 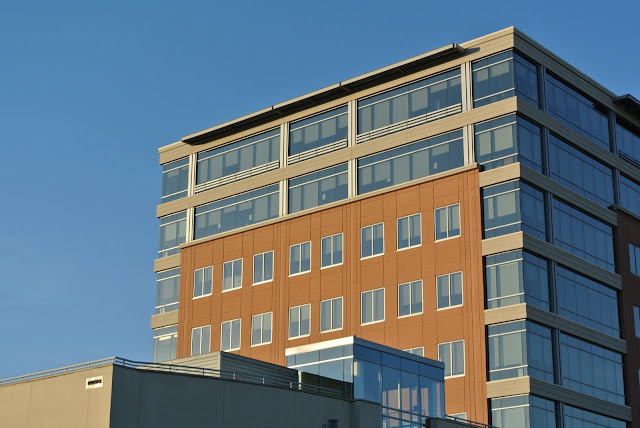 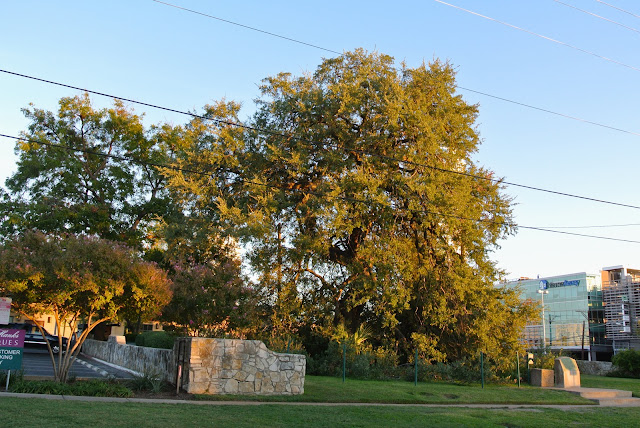 Do I like the camera better than my EP3?  No.  But I do like it just as much.  The EP3 is very elegant and so beautifully designed.  The V1 seems more industrial.  Will I get rid of the Olympus stuff to replace it with Nikon stuff?  Naw.  I still like using all my legacy lenses and Leica lenses on the Olys.  And I still love their color.  What do I like about the Nikon? I love the crisp feel of the files, the perfect meter, the fast autofocus and the incredible ten frames per second I can get at the full 10 meg image res.
There's a lot more to this camera and I've barely scratched the surface of it's capabilities in video (can you  imagine 400 fps video played back at 30 fps for incredible slow motion?).  The camera is small, discreet, focuses faster than my Canon 5Dmk2 (the whipping boy of modern focus...) and fun to handle.
I've only had my hands on it for five hours and I'm still learning.  But I've learned on thing: If most people who've never handled a camera hate it.......it might be really good.  More.  Much more to come.
Another fun review by one of the VSL readers: http://www.b-vong.com/journal/nikon-j1-review-by-a-girl/

Posted by Kirk, Photographer/Writer at 22:16 27 comments:

It's a moveable feast. A portable picnic.

HEY.  Looking for the blog?  It's Saturday and I've started a brand new tradition with Michael Johnston, the grand curator and wizard at THE ONLINE PHOTOGRAPHER.  I'm doing a blog on the last Saturday of each month on his site.

Then bookmark Michael's site if you haven't already.  My suspicion is you're going to like his stuff at least as much as you like mine.  And it's usually a different take.

Thanks for being a reader.  We'll be back tomorrow.

P.S. someone reminded me of this ancient article,  vintage camera now: http://photo.net/equipment/leica/m6
Posted by Kirk, Photographer/Writer at 11:49 23 comments: