A re-introduction to the Visual Science Lab. The manual. 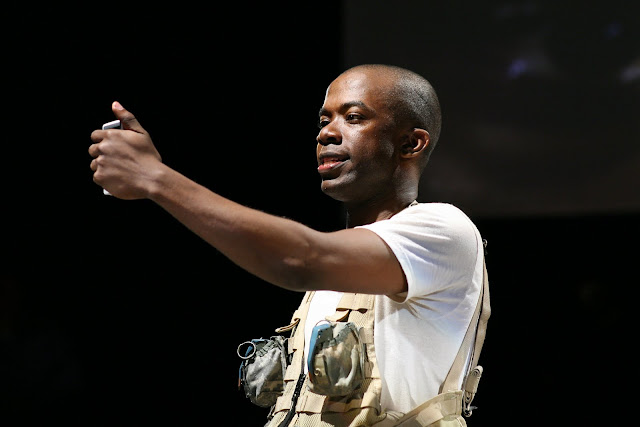 "A man with a live grenade in his hand always gets more attention."

What is it? This is a blog that's written by me to talk about stuff I'm interested in.  By extension, I think you might be interested in some of the same stuff.  This is not an "inspirational" site where I toss on my rose colored (but still polarized) sunglasses and write column after column of positive affirmations meant to make us all feel good about wanting to be photographers.  You can find several hundred million of those sites scattered across the web.  This is not a blog where I implore you to learn how to light like everyone else.  This is not a blog for people who think that their cellphones are a perfectly good replacement for cameras.  If we all agree with each other and pat each other on the back all we've basically done is the adult version of giving every kid who participates a big trophy and a sense that nothing is left to be done.

I think this blog should be about the hard work of doing good work with your camera.  There are a few things I might take too much for granted about you as part of the audience.  To wit:  I think you've read your camera's owner's manual and you know how to operate the machine.  I think you're a good reader and you have a wide knowledge of subjects that deal both directly with photography but also with culture, art and literature.  I think you care more about the "why" of photographing something than the "nuts-and-bolts-how-to" photograph something.  I think you've been through enough schooling to make cogent arguments that center on the topic rather than presenting ad hominem attacks in your comments.  Further, I presume you are experienced in taking and making images and that you are not here because you think I have magic photo beans that I might be induced to share. I might be taking too much for granted but I'm optimistic...

How to use this blog.  Read the newest blog, think about it, figure out what's true for you and then go about your business.  If I do my job right you'll think about what you're shooting, perhaps concentrate on what you love a bit more and really be mindful about your photography practice.  If you do your job right you'll come to see me as a peer and just another voice on the web.  Someone with different opinions and maybe a different approach than other ports on the web.  Even if you violently disagree with everything I write it may be constructive for you to at least be exposed to a different way of thinking as a vehicle to strengthening your own position.  Share what you like and pass over the stuff you don't like.  I like my photographs.  You don't have to.  I'm not posting them for your critique.

I don't want to read or write any comments on politics here.  There are hundreds of thousands of sites where you can go and scream at each other about which rich white men should lead us into the future.  Just remember the old Japanese saying, One step forward and all is darkness. Or you could ponder Heisenberg's Uncertainty Principle.  Especially if you are very sure of all facts.....  Let's just not do it here.  Because, from my point of view, half of you are wrong.  :-)

No one really wants to talk about religion here either.  Unless it's about the worship of film or the damnation of cellphone-o-graphy.  But maybe those religions are too volatile as well.  I guess we better skip them. (for the record, I'm not against taking images with phones but I do resent the showmen and fervent proselytizers who are pushing the new agenda as a new way to monetize the process.)

There are three things we'll mostly discuss here. By that I mean there are three things I'm interested in discussing here, for the most part. The first is art.  What we're trying to say, and whose shoulders we're standing on as we try to say it. We'll talk about influence and art history because those who don't know history are doomed to repeat it....  The second is about the equipment we use to make our images and how our tools mold us and the other way around.  If you think you are the master of your tools and there's no reciprocity we'll have some interesting discussions.  Finally, we'll talk about the process.  How to go about realizing a vision.  And we won't just discuss it in "step one, step two, step three's" but in allegory and metaphor and allusion and idiomatic reference.

Right now I'm grappling with the idea of re-inventing my take on the portrait.  But sooner than you know it I'll be on to something else.

Want to enjoy good photographic art?  Want to make good photographic art?  Then we all have to reach for it and spend the time in the water (a metaphor for practicing our craft over time) that it takes.  It won't happen a nanosecond quicker just because you won an argument on a web forum.  Get your goggles, your Speedo and your latex swim cap.  We start again tomorrow. Hope the water's not too cold... 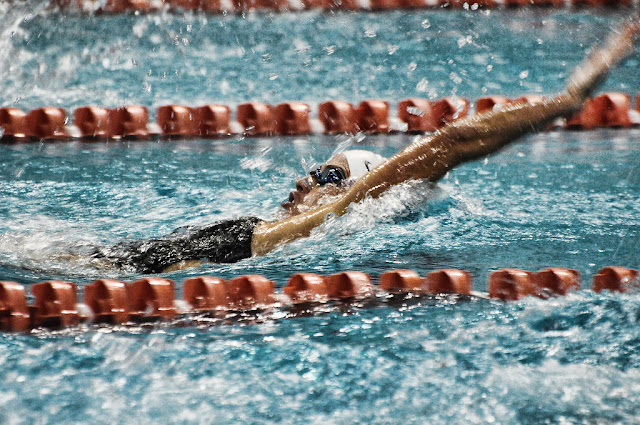 One final word.  The use of a camera, and the personal experimentation with camera or a lens, will always take precedence over charts, graphs and numbers.  Always.  Measure as much as you want but leave your slide rule and charts in the car when you come to lunch.
Posted by Kirk, Photographer/Writer at 13:37 29 comments: