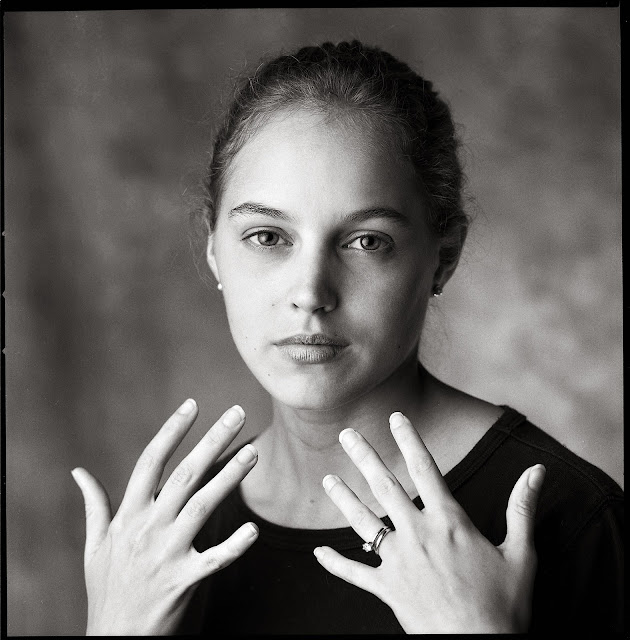 Why do I bother to write when others think so well? Style? Read this !!!

It was written by a great photographer who is now, also, a great teacher.  It's about developing as a photographer.  Big thanks to VSL reader, Stan, who brought this to my attention.

On another note,  I love Robin's post today because the photos are great and the idea's he espouses match mine.  It's a good read: http://robinwong.blogspot.com/2012/04/dont-you-ever-get-bored.html

Comparing film and digital for the millionth time. 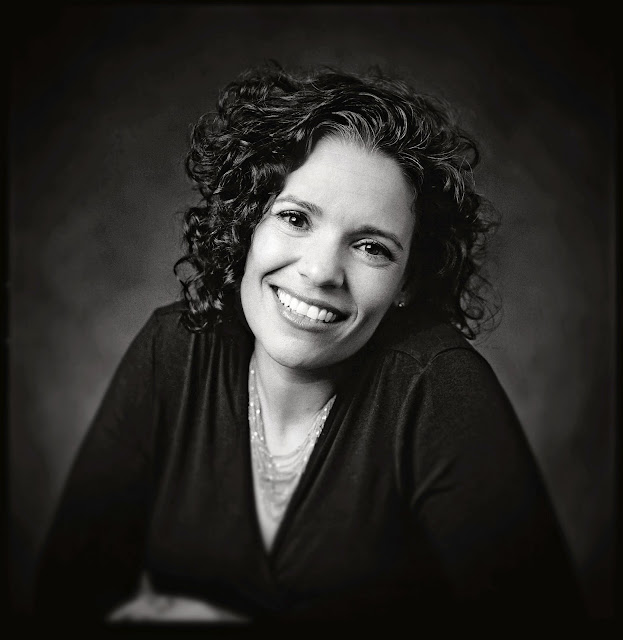 
I wrote earlier about photographing Carrie in the studio.  In that post I started with a portrait that had been done digitally, with a Sony a77 camera, and then post processed into the black and white image I wanted.  This image is from a roll of medium format, Fuji Acros, black and white film (ISO 100) that we shot at the very end of the session.  I used a 120mm Makro lens and shot a f5.6.  As I was photographing with flash the shutter speed is largely irrelevant.

While the focus on the background falls off much more quickly than the digital versions I think there are few major technical differences between the two images that would make either one a "pass" or a "failure" but it seems that a very strange thing happened, psychologically, on the way to pressing the mechanical shutter button.

Carrie and I had been working on making a portrait for the better part of an hour and a half.  All my work up to this point was done with a typical digital SLR camera.  When we switched to the bigger format camera, and I started loading film, Carrie immediately honed into the changed paradigm.  In fact, I think we both sensed that the larger camera signalled  a change in the balance of studio magic.  The bigger camera slowed me way down.  I couldn't depend on face detection auto focus to do my heavy lifting for me as far as keeping the image sharp went.  I had to do that work myself.  I was much more focused on looking at her face through the lens because of it.

And that meant that Carrie had to sense the longer lag for focusing and slow her global movements down to compensate. She couldn't shift position as quickly and without regard for its effect.  I think we also sensed that there was, for me at least, more skin in the game.  More opportunities to screw up. More real cost to the process.  And she seemed, instinctively, to step up her game, as a subject, in order to help me be more successful.  The larger, slower camera seemed more real and less like fiction; the industrial design and the more measured pace imparted an idiomatic majesty to the process that had been missing.  A fine dining perspective rather than a drop in to the neighborhood Chili's.


I don't know if you can tell, when you look at this photograph and compare it to the earlier one of Carrie, but there is a more relaxed facial attitude, on her part,  coupled with a more forward and invested posture.  We're more of a temporary team.

I ended up shooting three rolls of film with Carrie. I like everything I see on the contact sheets. Furthermore, it was a fun process for me because the performance art of shooting in short, slow bursts of 12 frames came back to me as fast as a freestyle stroke after one day out of the water.  It felt so right.

As I mentioned in my "welcome back" post I will be concentrating more on portrait work as we go forward.  Don't despair if you are only here for the "gear" though,  I have a gear post coming up tomorrow to break the monotony.
Posted by Kirk, Photographer/Writer at 10:36 17 comments:

When working on a new style of portraits it's really nice to have good models to work with. 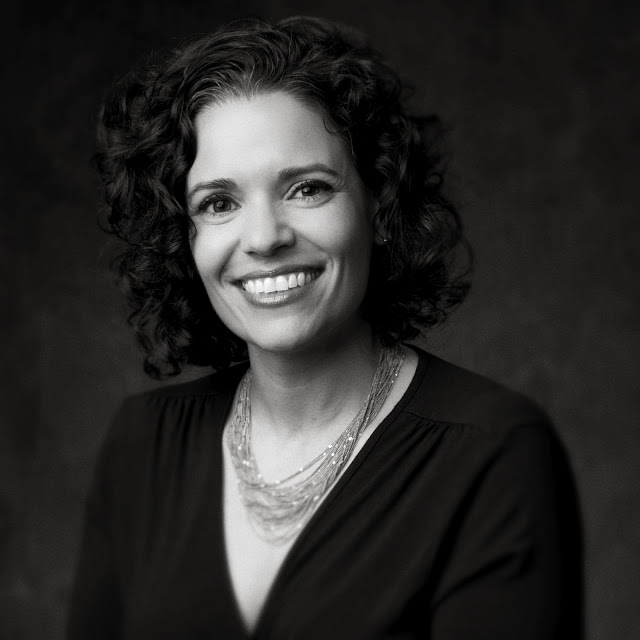 this is an image of Carrie C.


Over the course of my recent vacation from blogging I asked people I'd met over the last few years to come into the studio and have their portrait done.  I'd seen Carrie present at a Ted Conference, live, and was blown away by her calmness and her ability to connect with an audience. When she accepted my invitation to come by for a portrait I was really happy.  I asked her to dress in something dark and with long sleeves.  That seems to help focus the camera's attention to a subject's face.  At the least it keeps a bright, white blouse from blowing out the highlights.

I'd been experimenting with LED lighting panels and Hasselblad film camera but I gave that whole methodology a break too and reverted to using two monolight flashes and a digital camera.  I figured I needed to master the camera anyway.  The flashes are the same type of light I've used for two decades so I figured it was a quick way to remove variables.