Which one will you end up with? And what will you want in six months? 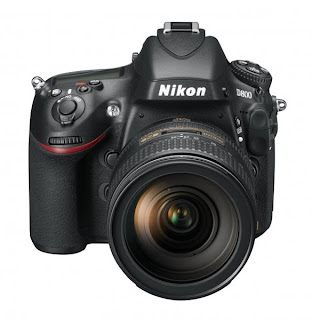 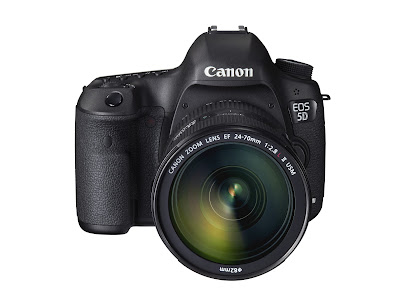 The Canon 5D mk 3 and the Nikon D800 are both incredible cameras.  Absolutely incredible cameras.  Each is a wonderful machine with which to make digital images.  But if you were working with a clean slate and a big, fat credit card, which one do you think you'd plump down for?  Which system calls to you with the ultimate siren song?  Or is it like the choice between two great Bordeaux wines?  Both are incredible but you can only open one...

There are some among our numbers who will own both.  A few contemporaneously and most, serially.  If I didn't have a stitch of Canon or Nikon glass and no other legacy bodies what the heck would I do?

I've played with both and I'm stumped.  The Nikon has image quality galore (especially if you are a DXO true believer) while the Canon 5D mk3 shoots much faster and whips through its buffered images quicker. Some people think the Canon has a better auto white balance while others prefer the Nikon.

The bottom line, really, is that both camera are great photo machines and for most people the choice will be simple.  If you have a bag full of L glass the increase in ultimate resolution is probably not enough to push you to change.  You know logically that if the Nikon breaks all kinds of sales records Canon will have a camera to match it in a matter of months.  In the meantime you can walk around pontificating about how 21 megapixels is really "the sweet spot for pro's..."  and you can talk about how much quicker your post processing is and how few hard drives you are filling up by comparison.  Now, there is that pesky light leak thing....  I'm sure someone who used to design LCD panel systems for Canon has been banished to Sigma or some other level of industrial hell for his most grievous errors.

On the other hand, if you shoot Nikon cameras you'll lunge, without a doubt, to embrace the Nikon D800 and won't even cast a curious glance across the fence because, for all intents and purposes, the grass (for once) is greener right in the middle of your currently occupied field.  Enjoy the camera right now.  If you can get your hands on one...

But, if you have neither system, and you were contemplating buying into one, which way should you go.  As you might expect I have opinions about that.

I've been on both sides of the fence.  Most recently I owned a bunch of Canon stuff.  I owned Nikon stuff right up to and including the D700.  I'm pretty familiar with the lens selections in both camps and I think I can make some good judgements.

If you are involved in video production and you think or know that you'll want to use your camera as a primary shooting tool I'd have to give the nod to the Canon.  Not because I think the images will be better or the sound will be better but because it's so easy to use legacy manual focus lenses from so many sources on the Canon.  With the Nikon it's just not as simple.  Leica R lenses, old Nikon lenses (usable on both) and a slew of other stuff.  Zeiss cinema lenses are a good argument in favor of Canon, for the moment.

But if that's not your concern I'd steer you to the Nikon D800.  Why? Because they seem to have figured out (after the devastatingly dismal DX years) what consumers want and how to deliver it.  They want great files, total in camera lens corrections in Jpeg and raw, and they want low noise at high ISO's.  With the D800 you get most of that and you buy into a system in which a backup body such as the D3s gives you all the high ISO performance you can ask for in the market today.
Easy choice.

Which one will I buy? Now that's a bit more difficult.  See, I think all these cameras should have really cool EVF's instead of last century prism finders.  For the moment I'll be content sitting here with my Sony SLT a77's and waiting (patiently?) for the introduction of the much anticipated Sony a99 full frame SLT camera.  If you can believe the pervasive rumors we'll be looking at a body with this century's viewing mechanism coupled with the same chip as the one in the Nikon D800, weatherproofing and lotsa of super cool extras.

For most people in the market for a new camera right now I'd say, "Wait a month or two and just get the new Panasonic GH3.  It will be smaller, lighter, cheaper and for all intents and purposes, as good as anyone will need for any medium or practical use we're looking at today."  If you can't wait for the GH3 then get an Olympus EP3 or OMD.  Heck, they're more fun to shoot than all the bigger cameras I've played with. But if you go with the Olympus cameras don't forget to bundle in the miracle lenses.  Those are the 12mm, the 24mm Leica Summilux and the 45mm.  And don't you dare buy an EP 3 without a VF-2 finder.

Finally, all these cameras have one thing in common.  They'll shoot better video with LED light panels than they ever will with flash.  Pick up one of the Fotodiox 312AS two color LED panels.  Then, at least you'll be able to see what you're focusing on.....

Will Crockett always makes me think in new ways. I follow him because he understands customers. 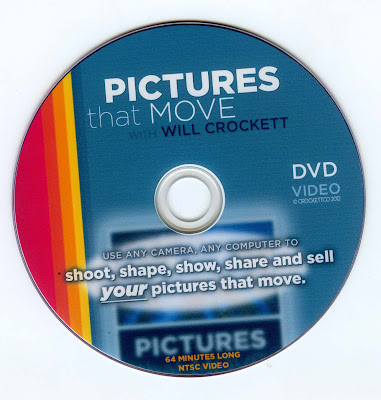 Admiration for a simple approach.  Most photographers I know love to complicate a process.  We have all kinds of slogans like, "K.I.S.S. Keep it simple, stupid" but in the end we always look for the process that has, at least, the promise of perfection...if only we can grind down into the details and master it.  But that isn't always what our clients are looking for.  And, truth be told, it's not always what suits us best.

I've always been interested in creating slideshows and kinetic presentations that blend images and video but I've always been put off by the "official" methods of creating them "at the highest levels."  There are times when having to have the best or coolest of everything just makes a process a lot less fun. And if it's too much drudgery you reconcile yourself to waiting until a paying client pokes you with a sharp stick until your actually learn a new technique.

But then, out of the blue, my old friend, Will Crockett, sent me a copy of a DVD he'd just done.  That's a scan of it, above.  The program is aimed at amateurs and even beginner pros.  A lot of the DVD deals with what you can do with smaller cameras and micro four thirds system cameras.  And, guess what???  Will also thinks that because clients ARE demanding "blended" products (video and still images ) the lighting of the future seems to be...LED's.  Wow.  How about that?  (I know, I know, you just love your strobes to death and you have absolutely no interest in video.....)

The video shows, from simple to "better," how to put your images into a moving video program, complete with music and effects = for free.  And then it takes you through the ways you can share the video or use it in your business.  It's really an eye opener for me.  I've been struggling to master Final Cut Pro X but I tossed together eight or ten images in the space of five minutes and, with a website called, Animoto, I made and uploaded a fun little video.  The video costs around $40 and you might know lots of stuff that's on there already but it's a pretty good overview of what you need to know to get started if you are trying to create fun products for yourself or your clients without committing to the major time sink of full bore video production.

Here's my first attempt with some downtown Austin photos.  All videos  under 30 seconds are free on Animoto.

Will this revolutionize my world? Naw.  But it opened my eyes to all the free and low cost services out there that can help me share video and still images with friends and clients.  And I have to thank Will for that.  He does a great job explaining technical stuff and his websites are a treasure trove of common sense stuff.  If you want esoteric, look somewhere else.
Posted by Kirk, Photographer/Writer at 15:43 5 comments: