My next camera will be a full frame Sony but it might not be the a99... 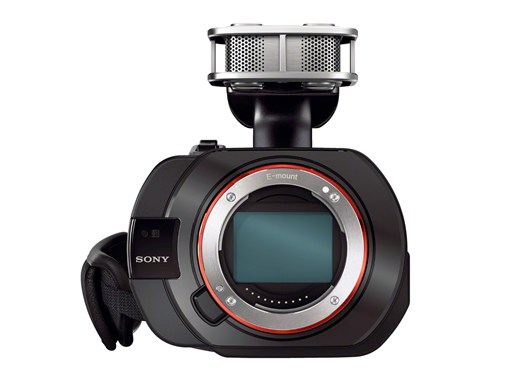 I was delighted to read all about the Sony a99 and I imagined that it would be a great addition to my growing collection of APS-C Sony SLT cameras, if it was the only Sony choice around. But something interesting happened on the way to empty my bank account and revel in the glory of full frame photographs. The VG900 happened. If you are one of my readers who hates even the thought of video co-mingling with still images you might want to stop reading right now and go find something more staid and conservative to read. But if you work professionally in this field then follow my logic.

In the last three weeks I've bid on three different video projects for three different advertising agencies.  These are agencies I've either produced video projects for before or agencie with whom I've done many still projects who now trust me to branch out and provide them motion services as well. We're taking toddler steps here but the important thing is that we're moving the game forward. Up till now I've been estimating and planning to shoot the projects with Sony's very capable a77 cameras but the recent announcement of the VG 900 has me thinking in a totally different way.

Before I go on I should explain the VG 900 camera and why it may make a lot of sense for my company. Sony pretty much shocked the market with the first full frame (35mm frame) video camera on the market. The camera uses the same sensor as the a99 and delivers great video specs including output at up to 60 fps in 1080i.  It also provides uncompressed HDMI files for the really committed video perfectionist (not me...).  It has all the usual trimmings for a production video camera including full control over iris (aperture) and shutter speeds. It does ISO 100 to 32,000. The sensor yields 24.3 megapixel still frames and includes RAW file support.

You know that great EVF in my a77 and now in the a99 and NEX 7 that I keep writing about? There's one in the eyepiece of the VG 900 as well. And a big swivelly LCD screen. Very covered in the "pre-chimping" department.

The camera includes an ISO compatible flash shoe which, through electronic connectors in the front of the shoe, provide inputs for XLR balanced microphone inputs. The camera offers zebra indicators for exposure and focus peaking for manual exposure.  The mount on the camera is a NEX mount which points to the future introduction of NEX full frame capable lenses (which also points to a full frame NEX still camera....) but the camera is also capable of shooting the line of Sony Alpha lenses in full frame, with a supplied adapter.

So the camera will shoot the same quality of files as the a99 and will also trigger and control flashes when used in the still mode.  What this basically means is that in the usual way I use my cameras I can set up studio portraits, stick an 80mm Hasselblad Zeiss lens or Sony Alpha lens on the front and shoot stills all day long. I'll get the same depth of field benefits I would reap with the big sensor on the a99 and, when my client asks me if I can go upstairs and do a brief interview with the CEO I can plop the camera on my Manfrotto tripod with its fluid head and go to town.

With LED lighting I can do two kinds of creative content creation with one set of tools. And have a bag full of compatible Sony still cameras as "B" roll cameras and back-ups.  And here's the sweetest part: The VG 900 uses the same wonderful EVF in the eyepiece as the a99 and the a77.

Yes, the form factor is different and it will take some getting used to but it seems to me to be a significant move forward for someone who wants to be a creative chameleon.  There are several things that have not been made clear yet that interest me.  1. Is the shutter a completely electronic shutter in the still mode? 2. What is the max sync speed for flash? 3. Will the LCD rotate the image if I use the camera in a portrait orientation?  4. What kind of fps will I get in still mode and how big is the buffer? (that was actually two questions....). 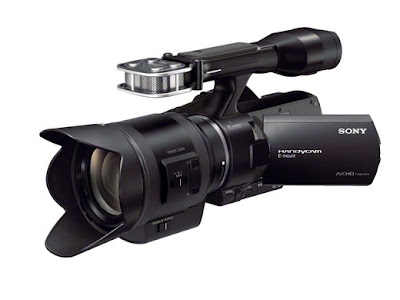 The total price of the unit with the lens adapter for Alpha lenses is around $3200. Street price will probably be a bit less. I know some of you are saying to yourselves that you'll never stoop so low as to use a video camera for stills just as I'm sure some of my video friends are saying they'll never condescend to use amateur still photo gear to shoot video art. C'est la vie. To each their own. But what if it's really as good as Sony claims? What if the files are wonderful and the video breathtaking? And what if you send out some really good marketing collateral and a great and long term client calls you up and says, "Hey Bob, I love your lighting. Can you shoot some video footage for us?" 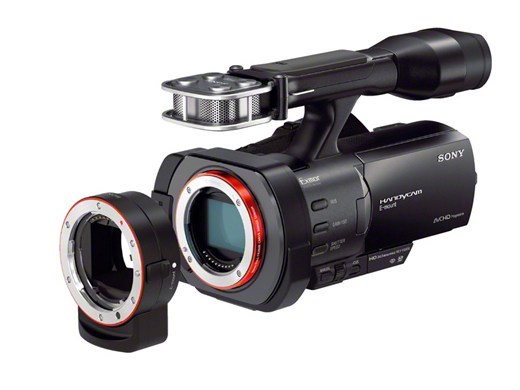 If I need to travel small and light I'll use the NEX-7's.  If I need firepower, good files and a sports form factor to shoot stills with I can always use the a77s. But, if I need video with a big sensor or video with motorized zoom or a big sensor still frame in the middle of a video project it would be nice to have a unique new tool in the box.  And for not many more dollars than an a99.

I'll keep doing my research. The a99 should be out soon and the VG 900 will be out in November. I guess the real issue is how likely one will be to get one in one's hands in the first quarter after the launch.  I have a feeling they'll be popular.

You can fight video and moan about the inclusion of it into our cameras or you can learn the rudiments like we learned to love digital when it became accessible. If you don't earn your living with this stuff it's really no sweat. You can afford to be opinionated and curmudgeonly and still be happy as a pig in shit with whatever still gear you want to use. But the reality of my market place is a shrinking number of still only or video only assignments and a pronounced uptick in combination jobs that require both sets of skills. That means I better polish the skills and shoot the samples I need.

I'm reading, researching, shooting and editing video almost everyday to bring myself up to speed. I'm building on a decade and a half (1980's to 1990's) of having shot and worked on many tape based video projects and movie film projects (mostly Super16mm) and some artsy Super8 intercuts we did for several corporate clients a while back. The tools have changed but the art really hasn't. The editing methods have changed but the flow of the images hasn't. Once I put it all together I think I'll have put together a more profitable value proposition for my existing clients and the potential to compete for new clients. But part of building the potential is getting over the fear of trying new stuff and feeling okay about falling down once in a while.

I've bought dumber stuff before and it always seems to work out (I got a whole book out of LED lights).  Anyway, it's a nice break from buying microphones and lights.....

I'm still not sure which way I'll go. Truth be told, as nice as the a99 looks I'm not noticing too many downsides with the a77s for the way I usually shoot. Could be that the VG 900 is the more interesting choice. Your mileage may definitely vary and that's the downside of writing a blog for such a large and diverse audience of advanced imagemakers.  But I'll let you know what I find out....

Posted by Kirk, Photographer/Writer at 17:27 31 comments: