Just in time for Thanksgiving. The Nex-6, body only, is now in stock and shipping! 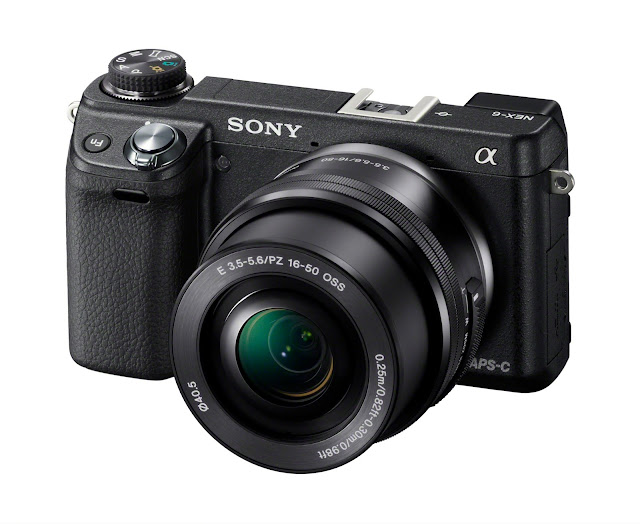 My Friends Have Been Waiting For The Nex 6. Body Only.

I'm pretty happy that Sony and Nikon are announcing product and then getting it out the door quickly. I've got several friends who are trying to decide whether to get the Nex7 or the Nex6 as upgrades from their Nex5n's. It's an interesting trade off. The Nex 6 sensor seems to be a better performer in low light and the on sensor phase detection should help speed up auto focusing, a lot. The only other positive I can see with the newer camera, for some people, is the inclusion of wi-fi for quick sharing. But God help you if you're trying to upload RAW files on a wi-fi connection....

In the plus column for the Nex7 is the robust construction, the Tri-Navi operational controls and the world's best low ISO 24 megapixel APS-C sensor (yes, I am biased).

I'm happy to see the simultaneous release of both the camera with kit lens and the camera as a body only product. A lot of people have Nex-7's and may want a back up. It would be a shame to have to buy another kit lens in that case. Too many other mirrorless camera companies seem to want to force their customers into buying kits if they want the opportunity to buy their cameras in the first few months after the introduction. Points to Sony for letting us go both ways.

My recommendation? Get the Nex6 body only, add the 19mm Sigma and the 30mm Sigma along with the Sony Nex 50mm 1.8 and you have yourself a lightweight, high performance kit with all primes. Expand from there.

If I were starting my Nex system from scratch right now I'd probably go with the Nex6. As I'm already half a year into using my Nex 7 I'm more inclined to have a second one as a back up so I can set them identically and go back and forth, using each with a different lens. Sometimes it's great not to have to stop and change lenses in a fast moving event or on a dusty day...
Posted by Kirk, Photographer/Writer at 17:03 14 comments:

Reaching back thirty three years with my Epson V500 Scanner. 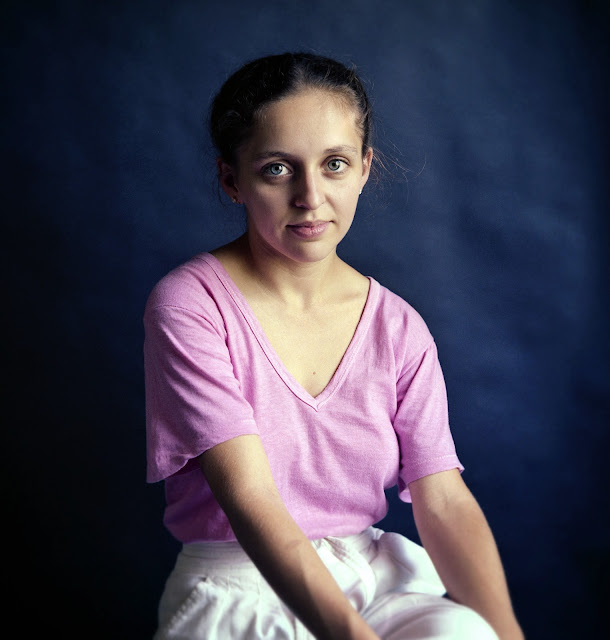 I don't know if everyone else thinks the same way but I find that I like to go back to stuff I did a long time ago and see how it compares to the stuff I'm doing now. In many instances I'm disappointed with what I'm doing now when I see the images I made when I was just 24 and very new to the field of photography.

This image shouldn't look as good as it does. I shot it in my first, tiny studio using just the light coming in from a smallish window. I used color negative film in a very old and beaten to shit Mamiya 220 that I bought already quite used. The lens on the front was a 135mm f5.6 of questionable repair. Sometimes the shutter would stick.  I had the camera stuck on the world's rickety-est tripod. It was the only one I could afford at the time and I found it on the "bargain" table of an ancient photography store on Congress Ave. that was in the process of going out of business.  As bad as it was that tripod made my hand me down meter look good.

Finally, I was given to believe two things that have turned out not to be true. One is that C-41 color negative film from the late 1970's would not keep. The pundits of the day estimated that it would fade over time and become thin and unusable. This negative is still lively and effulgent. The other thing I had been led to believe, throughout the last decade, is that decent film scans just could not (for many arcane, technical reasons) be created on cheap, consumer flatbed scanners.

In spite of, or perhaps because of, all these things I never expected to like the final image as much as I do. Of course, part of that appreciation of the image is just the habit of being in love and the critical blindness that ensues.

With no doubt, my favorite portrait. Would I have done better with the latest digital wunder-kamera? How would you measure "better"?

Posted by Kirk, Photographer/Writer at 09:51 13 comments:

Post Swim Photo. Yes, this one is on film too. 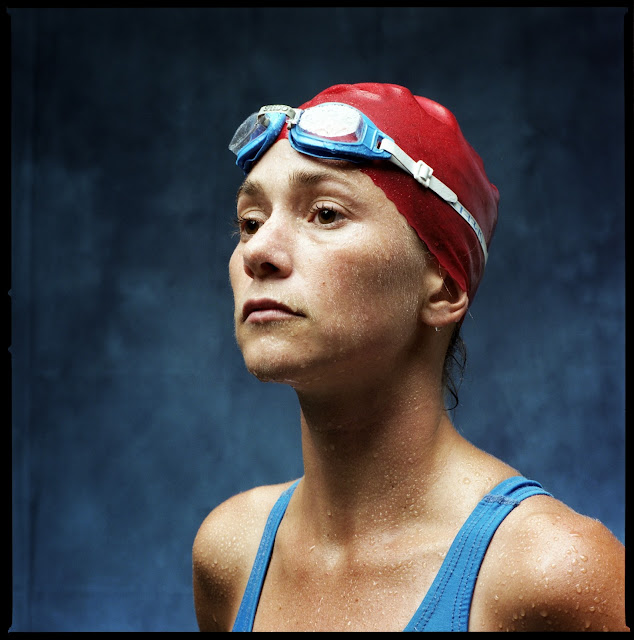 Sarah is an amazing painter who is also a distance swimmer. Her paintings revolve around water. After we swam together at Deep Eddy Pool one day I asked her if she would mind coming over to the studio, getting spritzed in the face with warm water and getting repeatedly flashed with bright lights while standing around in her swim suit. Of course she said she'd be happy to.

My cataloging of technical information is starting to sound like a broken record but here it is:
Camera: Hasselblad 500 series. Lens: 150mm Carl Zeiss Planar. Film: Kodak PMC 5069 color negative stock. Scanned on the reliable Epson V500 flatbed scanner. Lit like most of my images with a big softbox on one side and a weak fill card on the other.  A second light with a medium sized softbox down near Sarah's feet is lighting the background

Part of being an interesting portrait photographer is going out to meet people and convince them to come back to your studio to collaborate with you. A little portfolio you can carry with you is a very good ice breaker. If you can show people kind of what you want to do with them it's a lot quicker to get them to buy in.

on an unrelated note: I'm going to see Pagliacci tonight at the Austin Lyric Opera. I'm photographing tonight's production for advertising and public relations uses. I can hardly wait.