When it rains it pours. Two new cameras come into VSL studios. 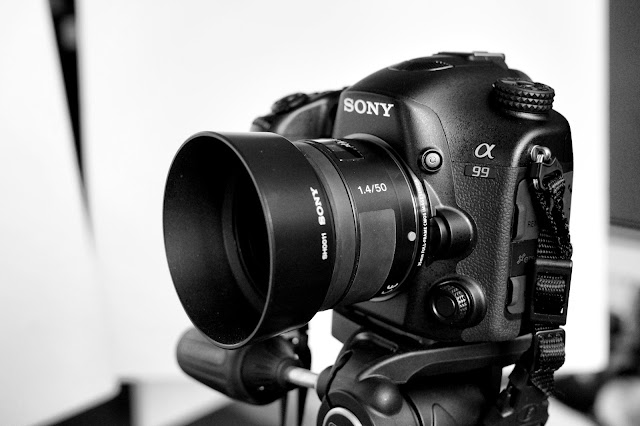 I think my friends knew that this would be inevitable. I was on the fence about buying the Sony a99 until I spent a few quiet hours handling one and then I knew I had to have it. I've played with a Nikon D800 and I shot a few things with a Canon 5Dmk3 but in my humble opinion the Sony a99 is currently the best all around photographic production tool for most professionals right now. I picked one up today from the folks at Precision Camera and I couldn't be more pleased. I went right into the menus and, after having spent many months with the a77's I doubt I'll have to consult the manual for anything other than how to set up the focusing range stuff.

To Sony's credit they left all the stuff that worked well alone. The menus now seem absolutely logical to me. And just as importantly the batteries are interchangeable between my Sony a99, a77 and a57's. What a nice touch! Instead of having to wait for the battery in the box to charge I could toss a fully charged battery from the Sony drawer into the camera and get started configuring the camera to my preferences.

What led me to water and forced me to drink? With the local economy recovering I've had several large, and venerable clients come back into the fold and now we're booked up in December, right into the holidays. Several of the jobs are multi-day corporate events with lots of available light shooting and even though I am now more comfortable shooting high ISO with both the a77 and the a57 the images I've seen from the a99 are at least two stops cleaner. That, and the fact that Michael Johnston at the Online Photographer upped the blogger ante by plunking down for a Nikon D800 and some jolly lenses and you know that we really must keep up with the Johnstons. (just kidding, really!)

My first real test of the camera will be at Zachary Scott Theater this week when we do the dress rehearsal shoot for White Christmas. It should be a hell of a lot of fun.

I have also done several video projects lately and missed having manual audio level controls and a headphone output on camera. To say I am excited about the a99 is an understatement. Looking through the viewfinder is a big affirmation of my decision to go all EVF all the time.  I cannot see much difference, if any, between a good optical finder and the EVF in this camera.  I'm heading out to shoot some stuff just for fun in a few minutes so I guess this is the first in a series of rolling reviews on what is now my new flagship production camera. Thank you, Ian, for putting one aside for me.  You know me too well. 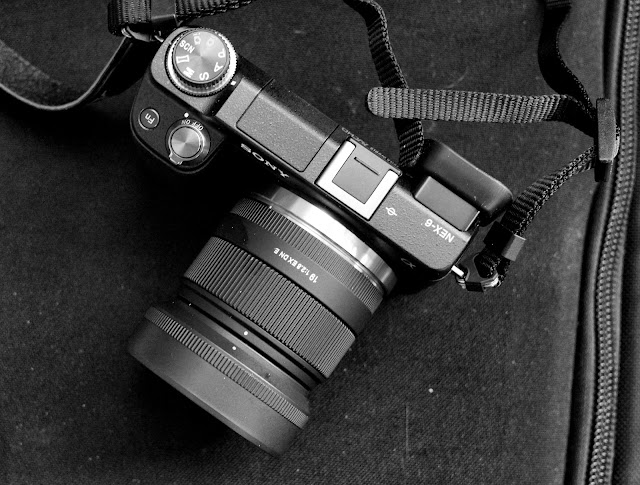 I also picked up a Sony Nex 6 to add to my Nex 7's.  Why? I like the new interface and I like being able to choose a less dense, less noisy sensor for certain kinds of shooting and it seemed like the right thing to do while I was already in the middle of hemorrhaging money. I just happened to have an extra battery and memory card in my pocket so I had the camera strapped, lensed and fully operational before I even stepped out the door from the store. It's going to be a busy week breaking in cameras and taking test shots but I guess that's part of what I signed on for.  So far the Nex 6 is working well with images snapping in to focus and the finder showing sharp and snappy images.

I have the 19 mm Sigma on the Nex 6 and the 30mm Sigma on the Nex 7 and we'll be testing all of the permutations of those combinations in the very near future as well. So, two new Sony cameras in two days along with two lenses in two days. I guess I am officially getting over my Post Recession Trauma Disorder and getting on with my life as a photographer.   Off to shoot and look.