I have been interviewed about photography (mostly business topics). It's a podcast.

Ibarionex Perello is a photographer, writer and interviewer. His latest book is: Photoshop Master Class: Photoshop Inspiring artwork and tutorials by established and emerging artists. He works in Los Angeles and he's really fun to talk to about photography.

He took time out of his busy schedule to interview me for his blog, the Candid Frame. (hit the link at the top of the page)...

I ramble on for quite a while but Ibarionex did a good job at reining me in...

Please go and listen to the interview, if you want to hear how different I sound from Ron Perelman....

(Not an April Fool's joke). 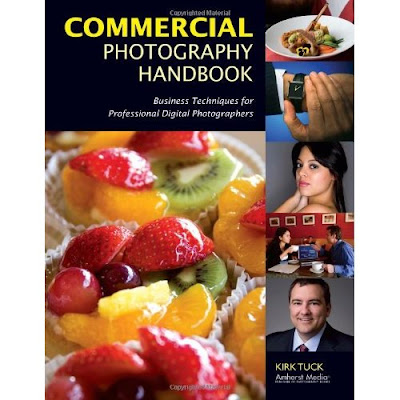 My favorite book about the business of photography.

Posted by Kirk, Photographer/Writer at 08:56 12 comments: 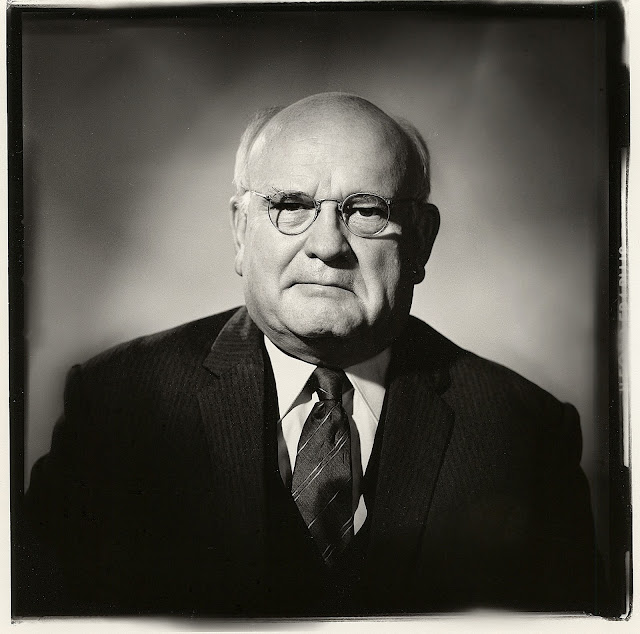 In almost simultaneous press releases both Sony and Canon announced today that they would be introducing large sensor, medium format cameras in the next quarter. The announcement caught the photographic press by surprise since neither company is known for making cameras larger than those based on the 35mm film size. Both companies held press events in Tokyo early this morning.

Canon spokesman, Fol Ja Nau, elaborated on the company's plans saying, "We were not content to play in the secondary photographic market behind Phase One and Hasselblad. With declining sales in the compact camera (point and shoot) markets we wanted to find a niche with fast and sustainable growth and very good profit margins." The company plans to roll out a fully integrated camera, based on their wildly popular EOS-M camera. The sensor will be a 2.25 cm by 2.25 cm CMOS variety with 60 megapixels of resolution. "We have chosen to put the bulk of design money and development resources into the sensor so the camera itself will be very cheaply made and, well, rather difficult to actually use."

Fol Ja Nau went on to say that the camera would have a "green" "recycled" aluminum alloy frame covered with a new polymer skin that, "would be nearly as durable as conventional plastic." While the camera will feature a 3 inch twisted syster LCD screen on the back research by Canon shows that the main market for the new camera will probably be satisfied to just hold the camera at arm's length to focus and compose on rear screen so no eye level viewing options are planned at this time.

An interesting aspect of the overall design is the vast number of engineering compromises made on the sensor chip itself. In order to maximize low noise at previously impossible to achieve ISO settings Canon engineers have reduced the overall dynamic range of the camera's sensor to four "f" stops. "This allows us to offer a product that seems in line with the expectations of a whole new generation of advanced image makers." Nau adds, "At ISO 650,000 the dynamic range drops to two and a half or three stops but detail holds up very well."

The new line of medium format cameras requires new lenses which can not be used on existing, smaller sensor cameras. To date, the company has been circumspect in sharing the new lens development roadmap but are said to have a fully plastic kit lens, with polycarbonate mount, that will cover the wildly popular 18 to 55mm range equivalent (when compared to APS-C cameras). The engineers at Canon are excited to announce that they have achieved a weight neutral lens by eschewing any material made of real glass or metal in the lens. They have also patented a process for filling each lens with helium gas which, when combined with the already negligible weight of the product actually renders it gravitationally neutral. The camera will have an f-stop range of 5.6 at wide angle dropping to f11 at the telephoto focal lengths.

Already several photographers have expressed an interest in looking at whatever Canon finally produces, while the product has already been reviewed (in depth) by both Ken Rockwell and Steve Huff. A well known, Atlanta based photographer and workshop leader, has already pronounced it to be the "ultimate camera" and the only one he will ever need for the rest of his life...

Meanwhile, Sony has taken an alternate route in producing their medium format offering (available mid-summer 2013). Working with various scientific adhesives they have bound together nine of the Nex-7 sensors and have devised a way to stitch high resolution images from the grid of sensors, capable of firing at 15 fps, to generate a 200 megapixel file. Says Buckeroo Rinzai, chief development engineer for mondo-big Sony products, "We had many of these sensors sitting around the office since consumers seem to dismiss both high resolution and high color purity, much preferring high ISO performance at any costs.

"We decided to kill two cranes with one origami project and used our advanced joining materials to create a "sensor collage" capable of amazing imaging potential. Using a bonding material known as Haute Glu bolstered with an anchoring material known in the trade as Du Uct Taape we are able to hold the prototype in any orientation without fear that one or more of the individual sensor apparati will dislodge and effect the overall quality of the image."

Rinzai acknowledges that Sony would not have been able to complete this project without outside expertise in the form of their partnership with Hasselblad.  While Canon seems to have chosen a very, very utilitarian approach to both design, materials quality and usability in order to optimize high ISO chip performance, SonyBlad has taken a different approach to the design of their camera.

In a rare meeting at the middle of the geographic design world they will depend on the aesthetic nuances of the Akron Industrial Design Skool for the haptics and appearance of their new medium format product. The emphasis will be on big rubber handles embedded in rare woods and accents done with the skin of Albatrosses. For an additional premium in cost customers can also have the bodies made from a blend of glowing comet materials and minced Hermes scarves.

Asked about lenses for the upcoming camera officials at Sony played their cards very close to the chest. Sources who have been briefed say that Sony will pursue a similar course to that which they instituted for the introduction of the Nex mirrorless camera line and introduce the camera without any lenses at all.  "It will give customers time to get comfortable with the ergonomics of the camera body without introducing the confusion that can come from adding lenses too soon!!!" Stated outgoing Sony president of the week, Bradford Munchton.

Hasselblad will make an adapter, cleverly manufactured with Platinum and ground unicorn horn, which will allow the use of all their current lenses on the new HassyOny camera, upon introduction.

Asked for comments officials at Olympus were tip lipped, saying only, "We will continue to make cameras that work really, really well and which customers enjoy using. We are also committed to increasing the ample suppy of different kinds of lenses available for our cameras."

Board members at Nikon declined to be interviewed for this article but a spokesperson for their imaging divisions in EMEA did conjecture that the team is too busy to look at the medium format market right now, saying, "We've got our damn hands busy trying to make the stuff we already sell work acceptably. I think Sony sold us sensors that are thicker on one side than the other. Our customers get to chose the side on which they would like sharp focus. We are always committed to customer choice...."  Pressed for further comments the spokesperson would only add, "Now, if we can just get the shutters to stop throwing sticky rust and decomposing mirror material on those damn Sony sensors we'll be good...really good."

The guys at Pentax were taking a long weekend and not available for comment.

Phase One officials were forthcoming and candid. "We've got a big head start on all these medium format newbies. Plus, we're sitting on an enormous pile of cash. Think Apple-Style cash! We've watched this kind of attempted market cross over before. We'll crush them and increase market share into the process. Our marketing analysis shows that the majority of photographers will be shooting medium format in the near future and that we will dominate that market. We are already taking proactive steps to blunt the momentum of our rivals. We've dropped the price of our new 35mm sensor-sized camera from $67,000 to $59,000 and we're sure its new streamlined size will sell like....hot cakes."

Posted by Kirk, Photographer/Writer at 01:00 10 comments: