Having fun with little cameras. Making an image of my swimmer friend, Amy. 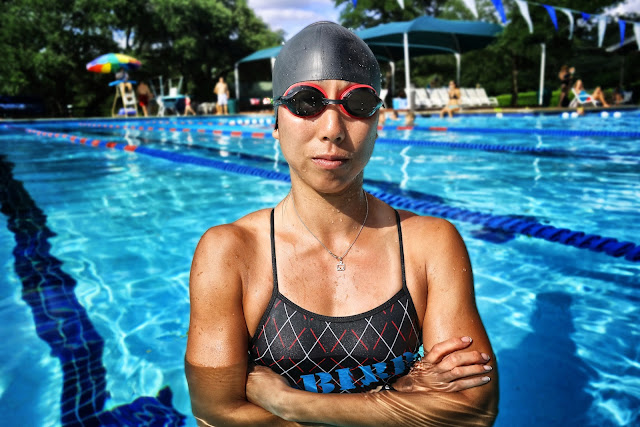 So.... a little while ago the folks at Samsung sent me a cool little camera and asked me to shoot with it over the Summer and I said, "yes, I'd love to." And at first I was apprehensive because it didn't have a viewfinder and I fear change. But pretty soon I discovered a few things. One is that I really like the NX300 and I really like its menus and the way it handles. Another thing is that adding a Hoodman Loupe to the back screen when I'm shooting in bright light is no big deal. And it works well for composition and color evaluation.

Well, there are a group of us evaluating the camera and sharing images on our blogs and in social networks and the 28 or us got invited to participate in a tiny, little contest. It was a perfect excuse to go out and self assign. The general idea was to photograph something you see everyday in a new and unique way. I mulled it over and thought I'd pass on the contest thing until I went to swim practice this morning and ran into my fierce and amazingly competitive friend, Amy. I decided, on the spur of the moment that I wanted my entry to be a photograph of Amy.

I see her at the pool almost every day, and most days we share a lane along with a rotating roster of other early morning swimmers. We get to the pool at 7:00 am and we're usually out by 8:30 am and the sun in central Texas is generally hidden behind clouds that get burned off later. So I see her in the flat light of early morning, mostly in the water with our heads down, our hearts pounding and our lungs burning. If she's feeling fast all I see of Amy most mornings is the splash of her kick as she pulls away and prepares to lap me. If I'm feeling fast I see Amy on my toes when I'm flip turning and we see each other briefly at the wall as she tells me (forcefully) to stop playing around and go NOW.

I thought it would be different and cool to make an image of Amy that was totally different for me so I asked her to meet me at the pool in the late afternoon when the lanes are nearly empty, the light is lush and luminous and the heat has ramped up and burned away the diffusing cloud cover.

I asked her to jump in the water and look as mean as she seems during workout. I laid on two kick boards on the deck and pointed my NX 300 at her  with the 18-55mm kit lens on the front. I added a polarizing filter to deepen the rich blue of the water and to remove whatever reflections I might not like.  I set the camera to manual exposure and then, laying on my belly, I directed my subject into place and started shooting. The screen on the back, when used with the Hoodman Loupe was perfect. I could see exactly what I was getting and access all the menu items I needed as well.

I shot a bunch of different images. I didn't use any fill cards or flashes. I set the Picture Wizard to "vivid" and the file setting to super fine Jpeg and knew what I'd add in post processing. I opened the files in Aperture and did general corrections and then I opened the keepers in Snapseed and added fun amounts of post processing, leaning on the structure filters and the "dramatic" filters. I wanted the image to look different from the whole film aesthetic. I had a hard time choosing which image I really wanted to use but in the end this one seemed very three dimensional to me.

We celebrated the shoot with pistachio cannoli and sparkling wine at Whole Food Market at Sixth and Lamar. I hope I win because the prize is a new lens. And all my friends know just how much I need a new lens........ but really, it's the competition and the self-assignment that's so much fun.

I'm also happy to know that I have good friends who are willing to jump in and help me out on short notice. It makes the art better. 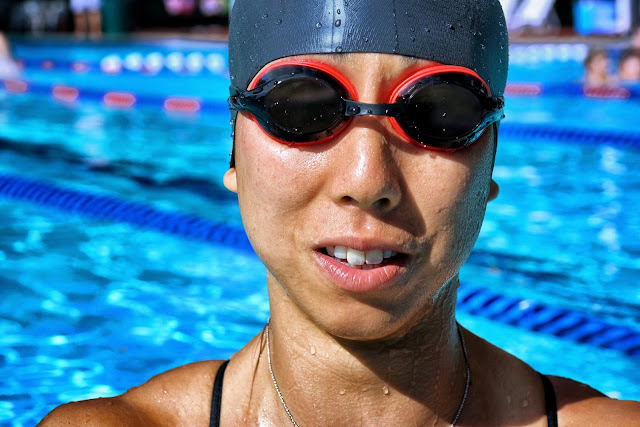 And the combination of the Samsung NX300 and the big Loupe make shooting in full sun easy.

Posted by Kirk, Photographer/Writer at 22:11 7 comments: