A damning review should be followed by a positive review. Just to get the bad taste out... 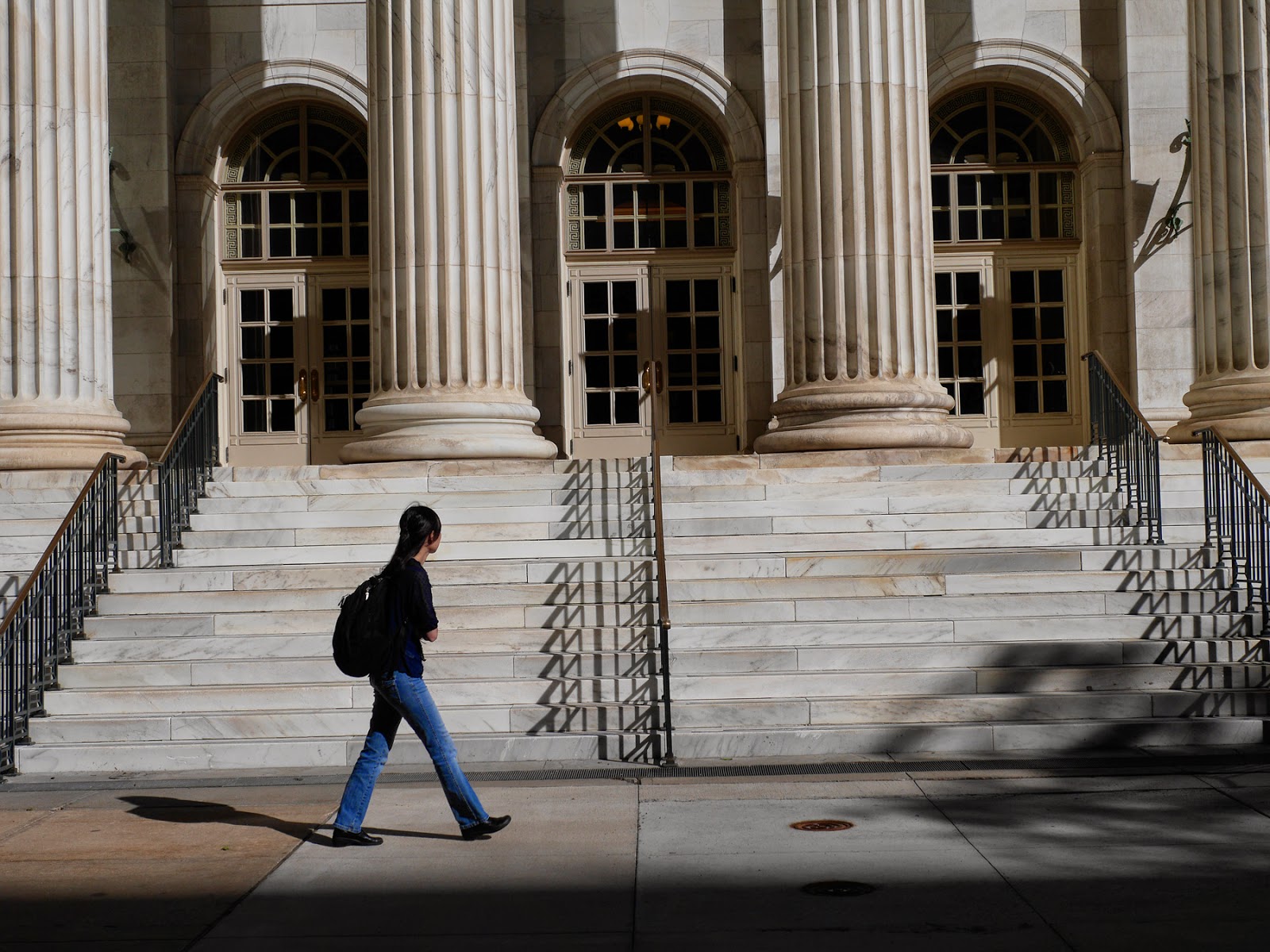 Yes, there is some amazing gear out in the world. And some much less than amazing gear. I wrote about a worrisome flash earlier today and then I sprinted out the door to shoot a job in exciting, downtown Austin. But I meant to follow my review of a flawed product with my quick review of a product that just plain works exactly the way it's supposed to and that is....well.

I'm writing about my Panasonic/Leica 25mm f1.4 Summilux for micro four thirds. I am on my second copy. I bought the first one back in the earlier days of m4:3 and in the two year interlude in which I tried to bend the Sony cameras to my will I ended up selling it to blogger and local photo celebrity ATMTX. He seems to love the lens.

At any rate it was one of the first lenses I re-bought when I ventured into the world of Panasonic GH cameras. It's a focal length (equivalent) that I really love, and this particular model is exemplary. I keep it bolted on to one of my GH3 cameras at all time.

I don't really have much to say about it other than to point out that it is sharp, constrasty and very simple. There are no levers or buttons on the lens. The focusing ring is fly-by-wire which pushes me to spend most  of my time shooting the lens manually. The performance of the lens is extremely good and it seems to render detail and dimension in a convincing way. In fact, the quality of this lens has me moving quickly and seemingly unstoppably toward the acquisition of a mysterious Nocticron. The Nocticron is the 85 mm equivalent in the Panasonic family and according to current legend the lens is completely sharp at its widest aperture and able to resolve a zillion giga-lines of resolution and happiness.

But, back to the little brother. The one complaint everyone has about the lens is about the size of the lens hood (included in the box) but I'm thinking that Panasonic and Leica optimized the hood for ultimate lens performance. It's part of the system that makes sure the light making your images is image forming light and not extraneous photonics bullshit. Otherwise known as flare.

The 25mm has my highest accolades: 1. I bought it twice. 2. I take it everywhere. 3. Some of my favorite pix result from using the lens. It does exactly what it is supposed to do and it does that thing very, very well. That's all I can say about it. 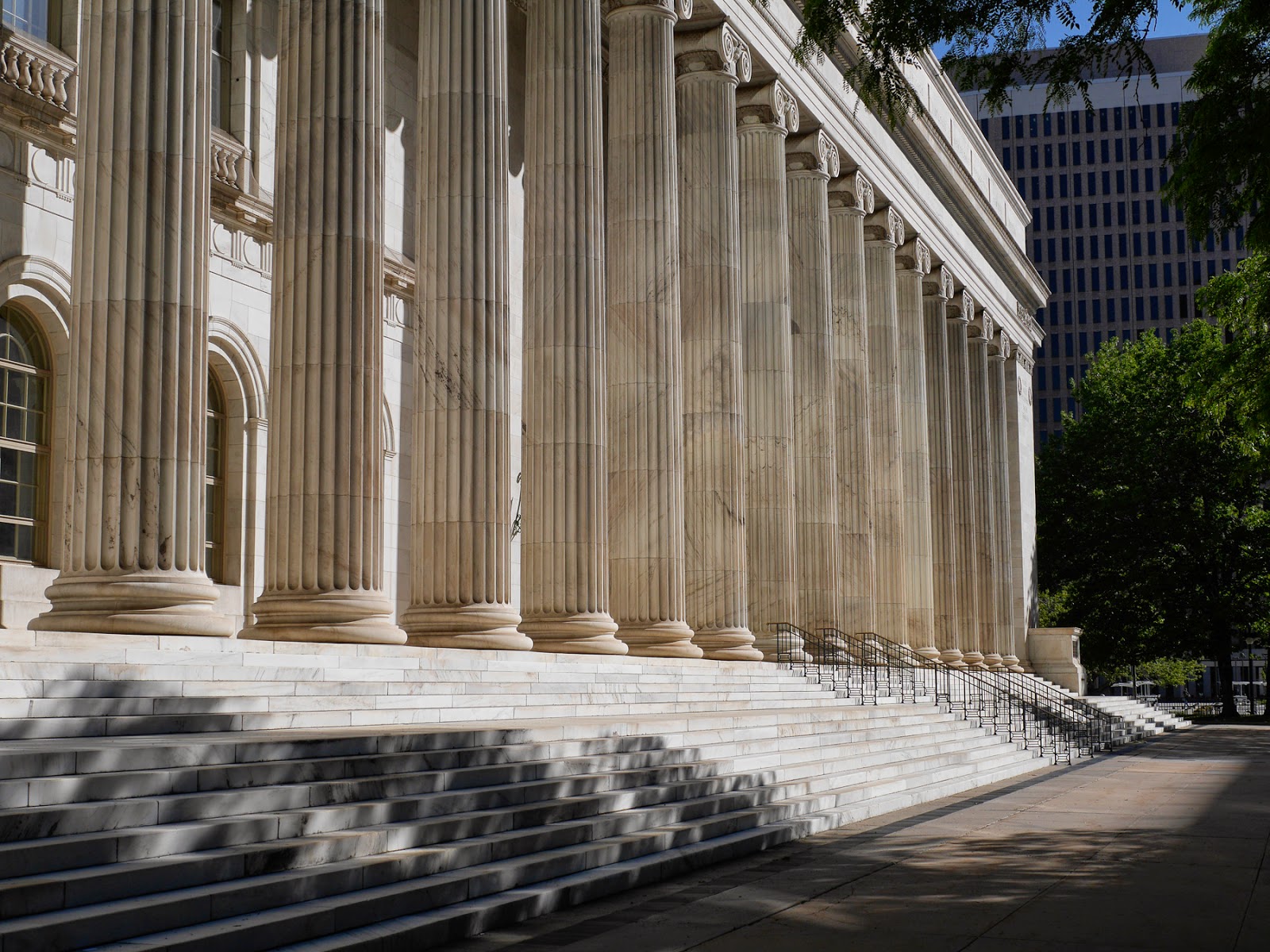 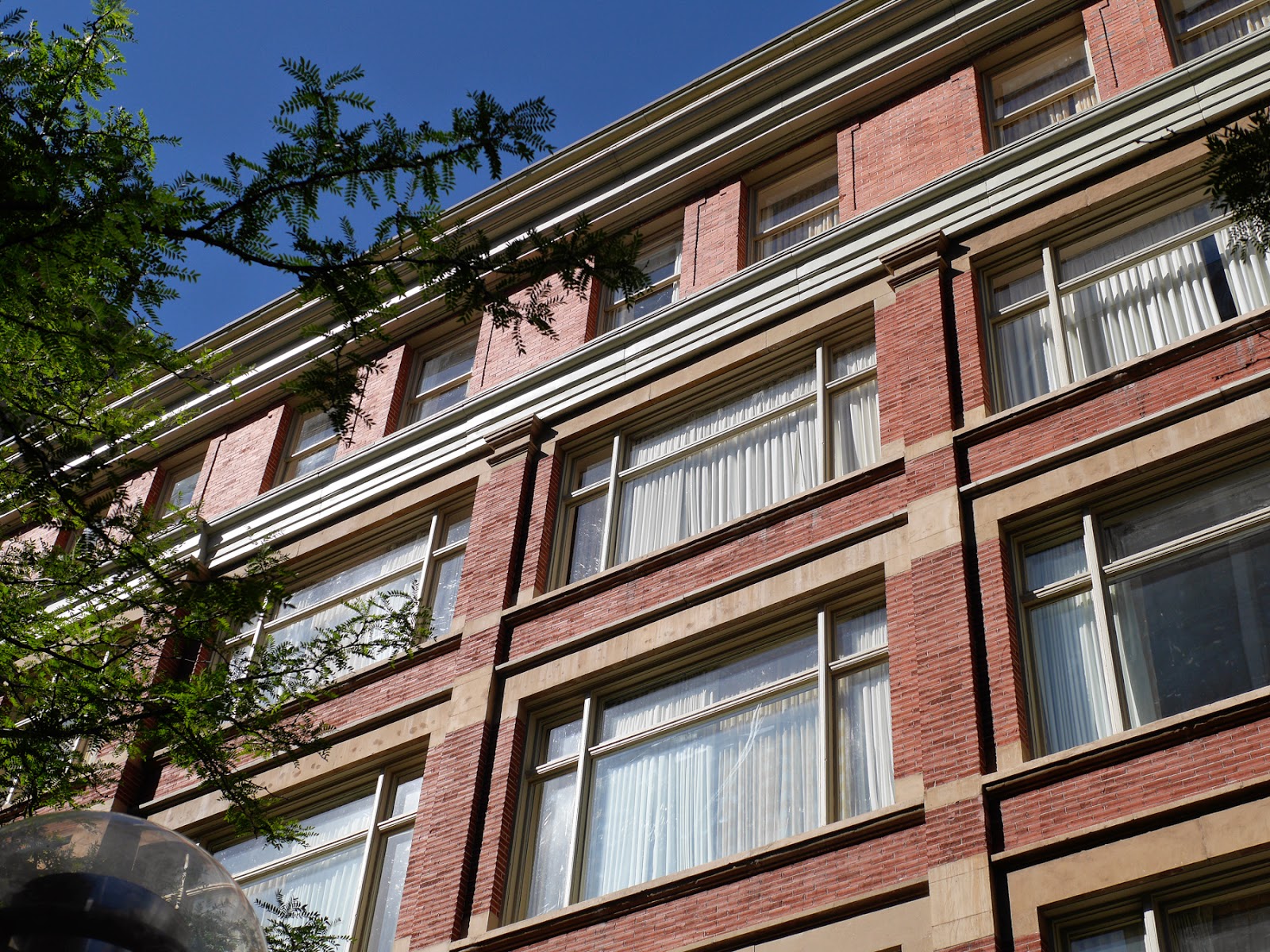 Get your copy today before the Kindle Store runs out of stock!!!
Posted by Kirk, Photographer/Writer at 17:28 8 comments: 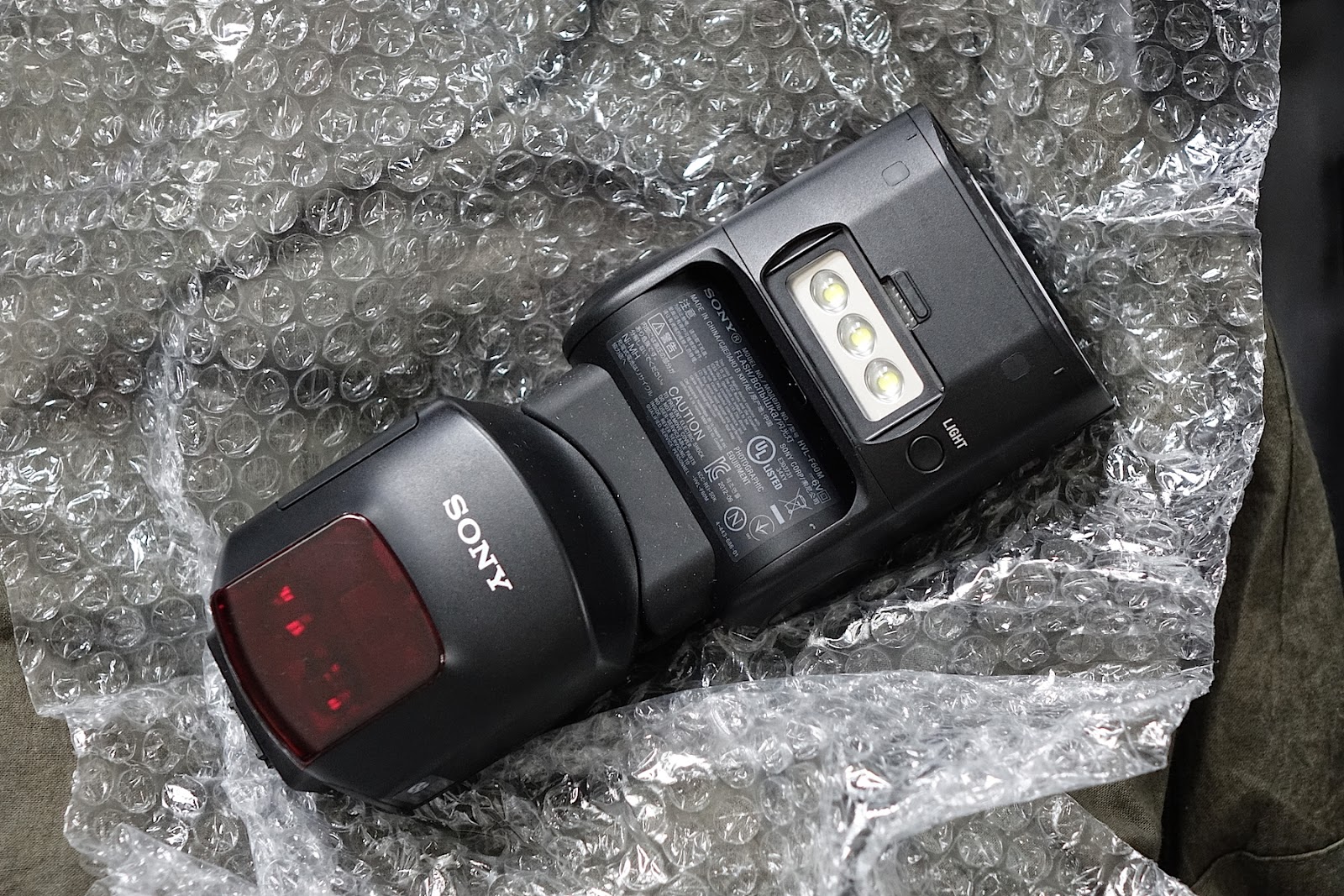 I read a lot of equipment reviews and it's very, very rare for reviewers these days to come right out and say, "Hey! Don't buy this. It's a piece of ©$@&." I guess that's because most of us bloggers are consciously or unconsciously chasing ad link dollars in one form or another. We'd rather ignore a piece of crap than write it.  But there is a purchase I made that I so regret that I must warn others of my experiences.

The item in question is very pricy. It had a lot of marketing "promise" but in nearly every category it fell short. It's the Sony HVL-60 flash. I bought it when I was shooting with the Sony a77 and a99 cameras. In a word? It sucks. It's a $600 package of non-performance. 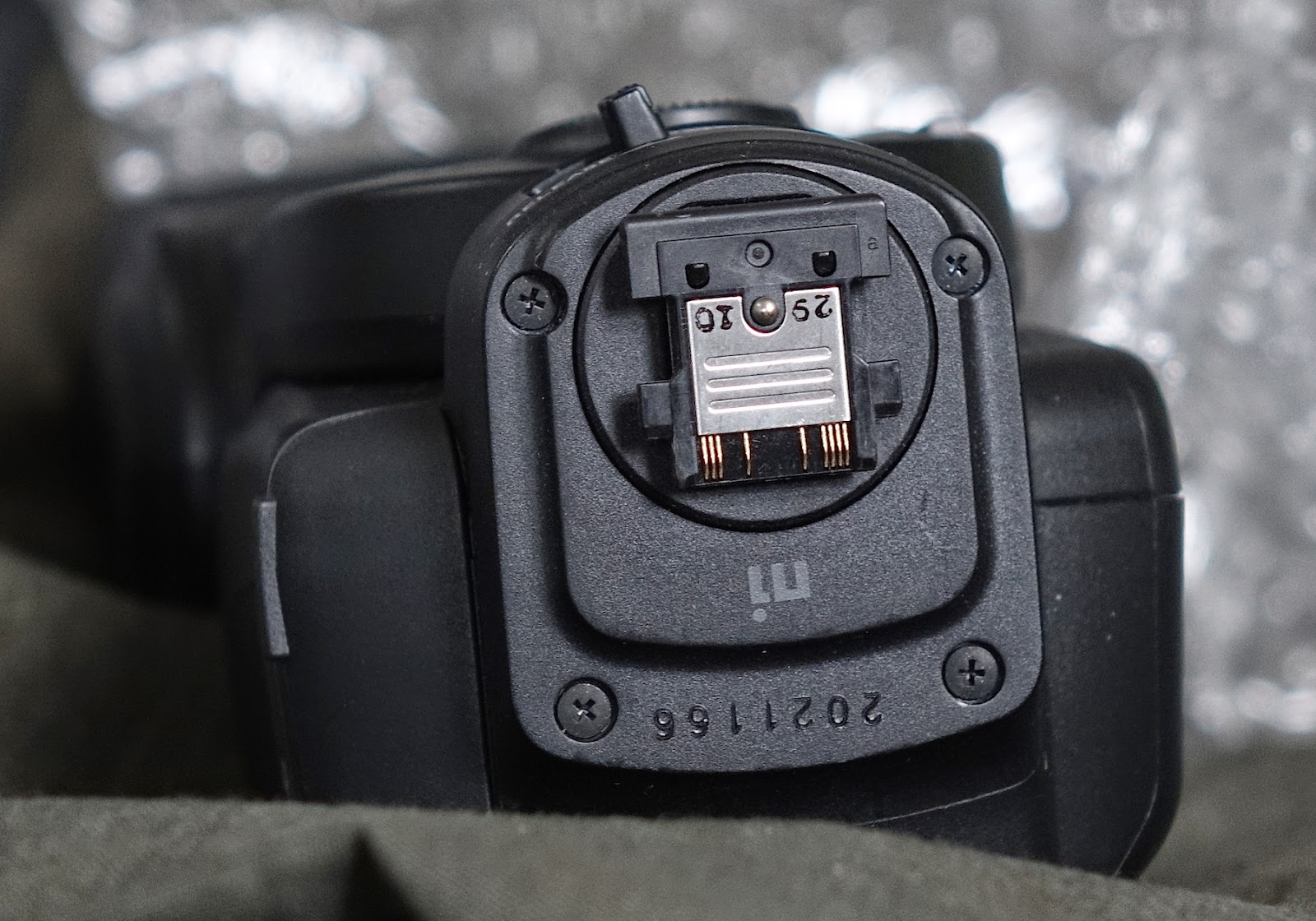 The number one issue is yet another non-standard hot shoe implementation. It looks like it's nearly a standard set up (if you ignore the small wires on it) but it would not work in my Flash Waves (radio trigger) receivers which work with every other flash I've owned. I get that Sony could implement all kinds of gadgety faux cool stuff with all the extra pins but maybe they should have thought about getting the flash connection right first! So, first strike: once you take it off a dedicated Sony camera you are going to have a hell of a time triggering it. Added to this is the fact that there is no additional PC socket (old school) on the flash. This would have allowed me at least to trigger the flash if nothing else worked.

It's a crappy shoe and I'd rather have the older Minolta shoe Sony got so much flak for keeping. If I had an unpopular product feature (Minolta proprietary hot shoe)  I'd make it a point to make my upgraded product truly universal. Sony just doesn't get the off camera flash, multiple flash ethos. Yikes it's bad.

But it might have been well worth it if you could put the HVL 60 in the shoe of your dedicated camera (Sony a77? or Sony a99?) and bang out perfect flash images every time. Right? But the joke continues. No matter how I set this flash (other than in full manual) I got remarkably inconsistent exposures. It's slightly better with the a99 but un-usable for any fast breaking professional work. One frame might be nuts on while the next frame is one stop under and the next frame is two stops over....and NO, I did not have flash bracketing engaged.  Really remarkably bad exposure control. And I have to tell you that Nikon had perfect flash figured out nearly eight years ago!!! Yikes.

But all of this is only academic because as a working pro you'll only have a short while to experience all of the frustrating things that make this unit so dreadful. Why? Because once you've shot ten or twenty exposures, bouncing off a twenty foot high ceiling (no matter how much time between exposures) your HVL-60 will shut off, flash a little thermometer on the LCD screen, and refuse to do anything for at least ten minutes. Dead. Dormant. A useless lump of plastic and capacitors.

If you are a working professional covering a corporate event and your flash dies after the third person walks across the stage to shake hands with the CEO and get their award then, barring a non-HVL-60 back up, you are toast with that client. Just toast. I've kept the flash around anticipating that I'd use it with the RX-10. But just looking at it makes me angry so I'm taking it back to the dealer and they can deal with it.

Why the late epiphany? Eh. I spent the best part of the last two years experimenting with LEDs and fluorescent lights. They trigger every time... But really, the wake up call came when I went to outfit myself for last week's shoot. I'd sold off most of my older flashes. Those were the ones I used for off camera zaniness when I wrote the first few books on lighting. I needed to replace them for a portable, airline checkable, low weight flash system and I ended up with some Yongnuo flashes. I didn't expect much from the Yongnuos but at around $50 each they ran circles around the $600 Sony fiasco flash. They fired every single time I clicked the shutter. The built-in optical slaves meant I never even had to pull the radio triggers out of the case. The cheap flashes never, ever shut down or flashed me the thermometer of death.

When I looked at them this morning, lying next to the outrageous Sony flash, my little brain made a direct comparison and then I recalled all the ways in which the Sony flash disappointed me. Don't make the same mistake I did.

If you must buy a flash for your A7, A7r or A7s and you think you want this HVL-60 model be sure to go to a bricks and mortar store, put the flash on YOUR camera and bang away for a while. Make sure you can live with the exposures and make sure you can push the button as many times as you'll need to push the shutter button in a real life job. Be aware that you could buy 12 Yongnuo 560 type 2's for about the same outlay of precious cash. Even with a 50% failure rate you'll still be light years ahead. Or at least six flashes ahead.

Oh, and I just checked one thing....every one of these Yongnuo flashes has a real, traditional PC socket tucked right under a little rubber flap on the side. They are (so far) a good cheap flash for manual only work.

So, that's my GRRRRRRR! product review. If I had it all to do over again that flash would never come near my camera bag, or make a dent in my bank account.  Your mileage may vary but you are forewarned.

Posted by Kirk, Photographer/Writer at 12:53 15 comments:

A wild morning at the pool. Fun with crowds. 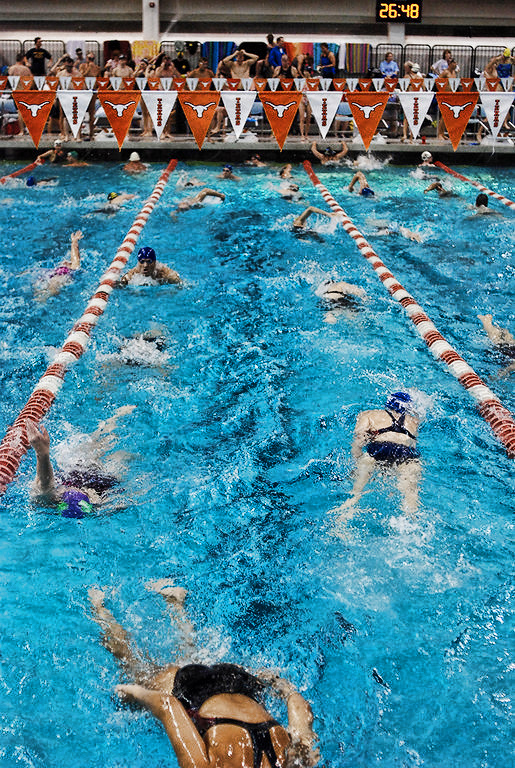 I was gone for most of last week and one of the things I missed most (besides Studio Dog) was getting in the pool and swimming like crazy every morning. Didn't have time to find a pool in Denver; heck I didn't have time during those math days to swim even if I had found a pool. So I was excited about getting back to the routine this morning.

I got up early, drank a big glass of water, brushed my teeth and headed to the pool. I was ten minutes early but people were already pulling into the parking lot and rustling their swim bags out of their cars.

I hopped in lane three and started swimming the warm-up 400 with Julia. In short order four other people hopped in and we swam in the standard, counterclockwise circle: up on the right, back on the right. When we finished the warm up I looked around the pool and was amazed to find six or seven people in every lane. Now this is not a 50 meter pool, this is a 25 year pool so circle swimming works best if everyone in each lane is about as fast as everyone else in their lane. We had good lane synergy today.

Coach Chris (he's the one who does the really hard, early workouts on Tues.) immediately recognized the heavily populated dynamic and wrote a bunch of sprint sets. That worked well since there's a chance to regroup often. While we didn't get as much yardage in we did swim at a faster clip and it was good to see that fiercely independent adults could efficiently share lanes and make adjustments without metaphorically stepping on each other's toes (there were literal but unintentional episodes of stepping on each other's toes....).

An early morning swim makes every day seem more efficient. When I got back to the studio I was ready to tackle today's work load. Just helps to get warmed up and focused.

Photographic note: Have I mentioned that I'm enjoying shooting with the GH4?