I know what the tests say but what is my high ISO limit with APS-C? Oh golly, another "real world" look. 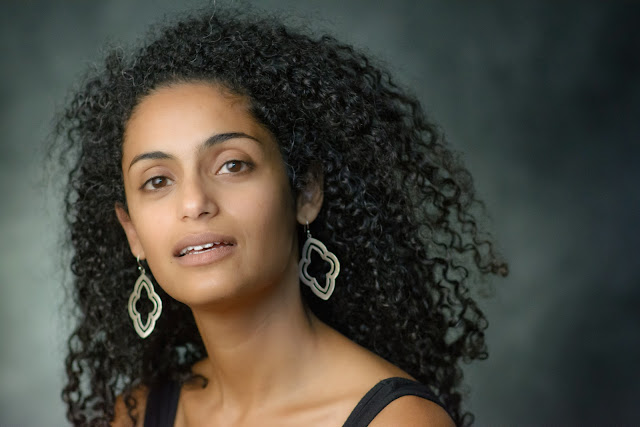 When I photographed by friend, Fadya, last month I was captivated with the idea of using HMI lights to do the lighting. In retrospect it was well founded excitement. I am very happy with the way the lights work, their color balance is pleasing and the continuous light source leverages portrait shooting with EVF cameras in a very satisfying way. But the shot above wasn't done with an EVF camera, it was done with a traditional DSLR, the Nikon D7100. I wanted to use the camera to see how it compared with the Olympus and Panasonic cameras I had been using. According to the folks at DXO (DXOmark.com) who test camera sensors the APS-C sensor in the 7100 is the highest rated sensor in it's class and, according to their scale, is a good ten points ahead of the OMD EM-1 or Panasonic GH4 sensors in the various parameters that DXO uses for their evaluations.

This image was shot at ISO 3200 with the camera set at 1/640th of a second and the 85mm 1.8 G lens set at f2.8. I zoomed into 100% and did some pixel peeping and I was pretty impressed by the low noise and the high amount of detail present. It's a bit ahead of both the GH4 and the Samsung NX30 cameras (which I also own and use) but the difference in noise only shows up at 3200 and above so it's hardly a deal killer unless you only shoot in low light.

Here is a "100%" crop from the image with noise reduction in Lightroom set to zero. You can see some noise in the shadow areas but it's also important to know that the original file is 24 megapixels...

I'm always curious how this stuff all works but I'm pretty sure that if you expose well you can get away with a lot of craziness at high ISOs. I am also interested in how this sensor does so I have a baseline of comparison when evaluating the Samsung NX-1. It should be an interesting comparison of sensor with two very different design technologies...

Posted by Kirk, Photographer/Writer at 18:28 8 comments:

Photographic ADHD. Why I light everything I shoot in a different way than the last time. 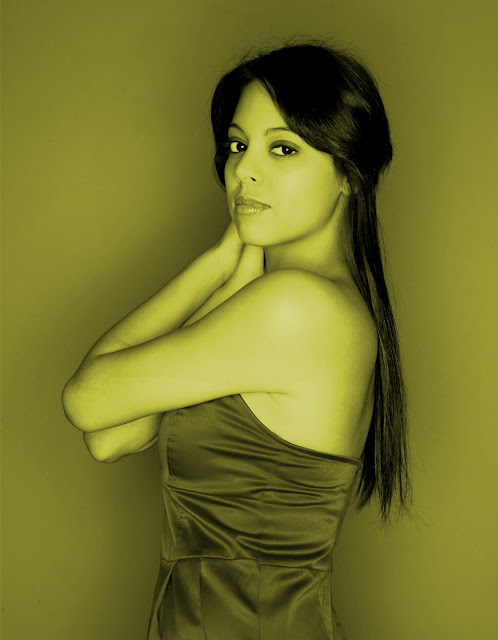 On monday I shot eight portraits outside. It was fun because it was challenging. There was a brisk wind and some gusts. The client really wanted the images to be outside and we already had rescheduled due to weather so we went for it. I discussed the packing in a post over the weekend but to review I used a medium (3x4ft.) soft box with an Elinchrom Ranger RX AS powered flash head. I set up the gear and positioned the camera so I could include out of focus trees in the background, behind the subjects. The main light came from the right. On the other side I needed to block the direct sun but when I put up a solid, opaque 4x4 foot flag the wind kept pushing the frame over. The stands didn't go anywhere. I was using high rise C-stands that each weigh about 25 pounds and I draped sixty pounds of sandbags over the "turtle base" of each C-stand (C-stand is short for Century Stand, a standard of movie sets the world over...and much more durable and stable than most photographic oriented light stands).

I solved the issue of the windblown frame by replacing the opaque and sail like flag with net material instead. I use a two stop net and a one stop net to drop the sunlight down into irrelevance but the secret is that the nets let wind come through so they don't act as "sail-like" and they stay in position.

At any rate, that was the lighting configuration for the day. Big ass electronic flash through a traditional soft box with some light cutters and the aid of a neutral density filter.

Yesterday I found myself on another location. I was in a medical practice making portraits for the practice's website. We set up to do 12 people but this time I used four fluorescent light banks instead of flash. I wanted to create a look and feel similar to a ring light which pushes down unflattering skin details and lines. I used one of the fixtures on the background, one over the subject's head, just above camera and one each on the sides. Totally different than I usually light stuff but it gave me just the right look for images that will be attached to a dermatology practice! The fixtures are the Fotodiox Day-Flo-Pro models. I find them to be easy to color balance, provide good output and to be reliable. (and cheap). Since they are heavier than electronic flash heads I did bring along bigger light stands and a sand bag for each. I used diffusion right on the lights which made for smaller sources that I usually shoot but the three different fixtures used together gave me a nice, soft images which will stand up to some contrast boost after quick retouch.

Two days, two shoots and two totally different lighting set ups along with very different lighting tools. What next?  Well, I had a portrait of an attorney on the schedule for this morning so after I unpacked the gear yesterday evening and ingested all the files from the medical practice shoot I started mulling over how I would shoot the next day. What lights and what modifiers?

I decided to go with one of my favorite looks and use a 6x6 foot diffuser over to one side. But what to light it with? I went for two K5600 Lighting 200 watt HMIs. One was the open face and the other a fresnel unit that they call an Alpha. The light was perfect and the multiple fixtures let me move the lights a bit further back from the rear surface of the diffusion to elongate the fall off a bit more.

I used a white bounce modifier to the opposite side and finished the whole thing off with a Fiilex P360 LED light fixture as a background light. Both the LED and the HMIs color matched perfectly and since they were all daylight balanced I didn't have to worry about ambient light leaking in the windows of my studio and causing a color cast.

Funny that the Elinchrom electronic flash mono lights that seem to be a type of standard working tool of photographers everywhere were not even on my radar.

I guess I should confess that I get bored easily and using different lights makes every shoot more interesting to me. It's just my prejudice but I think shooting things the same way, with the same tools, over and over again is just mind numbing. The theories of lighting are the same no matter which tools you end up reaching for. You aren't really creating new paradigms of lighting but you are taking advantage of the various strengths each tool conveys.

I had to use flash on Monday in order to compete with the ambient sunlight. I wanted to use the fluorescents on Tues. because they could be used in close, in multiples and not drive the room temperature up. They were the perfect tools to create a ring light effect with tight control. And I used the HMIs today because they make me feel as though I am on a movie set and I can see every little change I make to the lighting as I'm shooting. Couple HMIs with EVFs and you may have the single best combination for shooting portraits in the studio. So it's not just boredom, there is some method in my madness.

I'll go so far as to say using the same tools every day, over and over again is akin to making a uniform product. That puts the whole photographic endeavor into the realm of being strictly for the money. The desire to play with all the tools means to me that I'm still engaged in the actual creation of photographs, separate from the commerce side, and that keeps me interested, engaged and constantly learning. You can do it either way. But to my mind it doesn't make sense to be a photographer if you aren't a little scared and excited every time you walk in the door to start a project.

Stay tuned as I finally circle back for a revised review of the new LED panel.

Please buy a copy of my book.