I made a statement about the decline of photography in 2013. Was I right or wrong? Or maybe the answer is somewhere in the middle.

The avalanche of camera sales declines has accelerated in 2014 and the trend looks even scarier in 2015. Am I worried? What? Me worry?

More clients need more photos than ever before. They just need to find photographers who can light and see instead of just buying more cool stuff.

And if that raised your blood pressure a bit then you might want to re-read my most read blog post in the past two years. It's also a prediction of a different future....

Learning to use my cameras to make better images for my clients. Reaching back for proven methods. 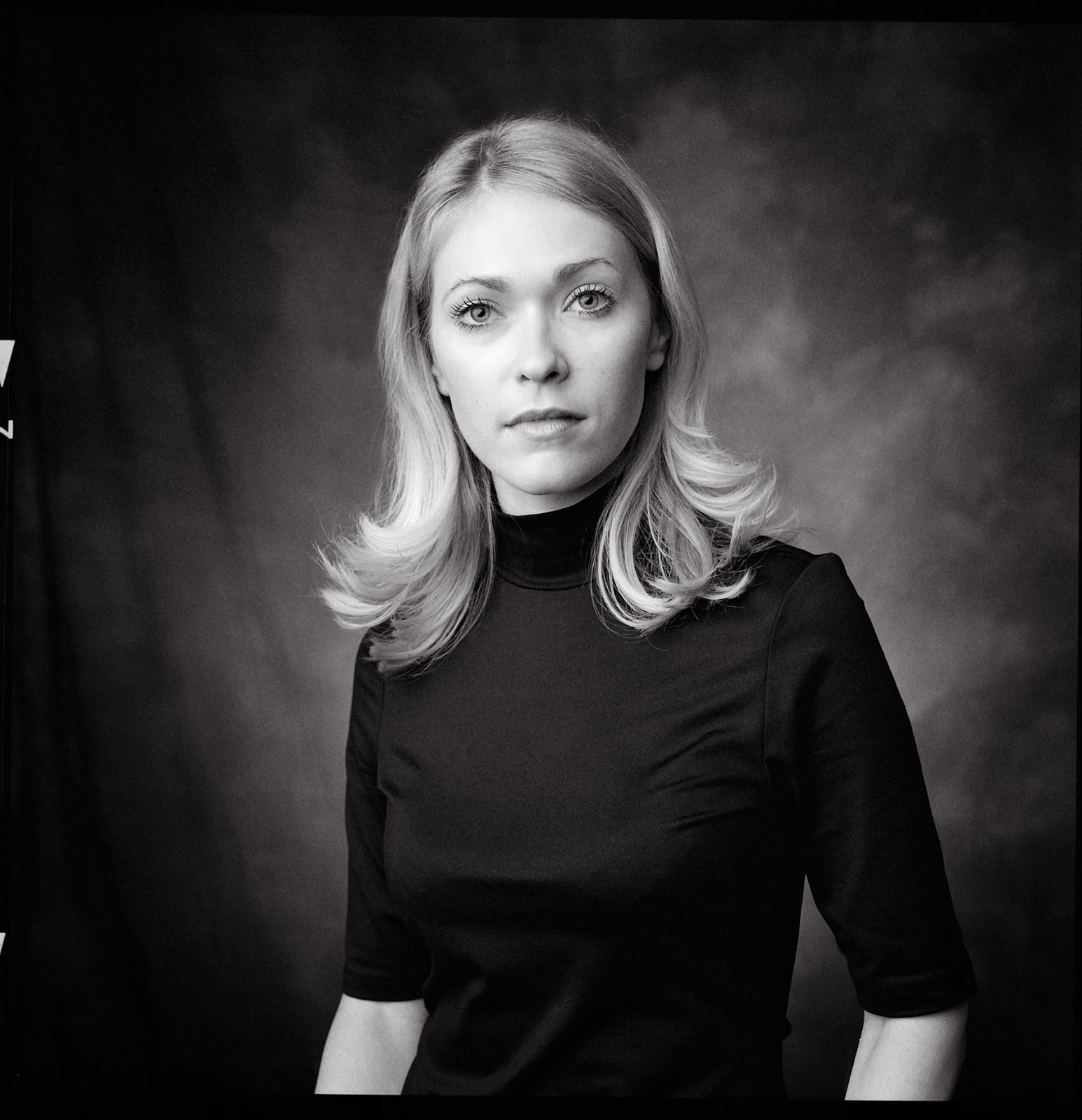 I've come to notice that I sometimes work too quickly with digital cameras. I understand that part of their appeal is the tight feedback loop that the review image on the rear screen gives and also the ability to shoot with a degree of abandon with the assumption that small glitches and technical wobbles can be fixed right up in post processing. But the things that can most generally be fixed are exposure and color and the things that are harder to fix are flawed compositions, non-optimal exposures and basically bad ideas. The last three parameters are the ones which would always benefit from me slowing down, thinking more and pushing the button on the camera less frequently.

I did what is probably the last job of 2014 for my business on Thurs. last week. I am of course welcoming all stragglers and procrastinators to bring me "emergency shoots" between now and the end of the year but really, my clients rarely work that way. At any rate I was booked to go to a custom framing shop that services clients in both gallery businesses as well as large scale hospitality clients (big hotels around the country). I was working with a good art director and we'd scouted the business a few days earlier, which is always a more effective way to work. I've enjoyed working with the Nikon cameras in the second half of the year so I packed a Think Tank Airport Security case (the original) with a D7100 body and a D7000 body and a bunch of new and old lenses.

The new lenses were the logical ones to use but something (just the right focal lengths? Just the right visual signature?) kept me using the handful of manual focus Ais lenses I'd packed. Maybe I just liked the feel of focusing for myself after a long year of snappy autofocus.

When we set up the first environmental portrait, using a Fotodiox LED panel (the 508AS) blowing through a large, one stop, collapsible silk diffuser, I was thinking about how we used to do this with slow, medium format cameras and even slower medium format lenses and how we used to confirm focus with a flip down magnifier in the waist level finder. At that moment something clicked and I decided to use the D7100 as a slow, medium format camera instead of a "do everything for you" camera of the new century.

I switched out the new 85mm 1.8 G lens with 60mm macro and stuck the camera and lens into the manual focusing mode. I grabbed a Hoodman Loupe out of a pocket of the camera case and popped the camera into live view operation to fine focus the lens at high magnification. When I nailed the focusing down I took some time to look at every square millimeter of the scene in front of my camera and starting actively looking for ways to improve the whole shot. We moved out a small plant ( I don't like houseplants in photographs) we moved the subject over to one side a bit so his head fell into a dead space that needed filled in the background. I spent time moving to and from the camera correcting the subject's pose and posture. I set a custom white balance with a Lastolite gray target.  When everything was just right I used an external, incident light meter to set the manual exposure.

It was a more involved process than putting the person's face under the correct little, illuminated focusing square and trusting to the camera's measurements and the life jacket last resort of PhotoShop but what this more extended process seemed to allow my was more time to really concentrate on what I was doing. My mind was guided by the process to slow down and think better. When we stopped to review the images I'd taken I was pleased in a way I haven't been lately with my photographs. I'd gotten into the bad habit of taking to many shortcuts and using my camera's potential for automation to disengage from some of the more important parts of the process.

When we made very good images in the past there were some denominators that were common in each engagement. We started from a steady base by using a tripod. We started with a steady conceptual base by understanding what we wanted to end up with before the camera even came out of the case. And by necessity, we got all the little steps right which slowed down the procedure and gave our brains some breathing space to be more critical, more focused on what was happening right there in front of us. Too often now we're already thinking of how we'll fix something in post as were shooting instead of slowing down and fixing the things we need to fix now. The ounce of prevention instead of the multi-hour engagement in a our troll-ish computer caves, cloistered away from friends and family and good influences.

Today I'm heading out to shoot some fun stuff for myself but I'm taking a tripod and a loupe and I'm going to try and up the ante and start treating this APS-C sensor-ed camera like a mini-view camera. Setting it up, leveling it and choosing the perfect aperture of the scenes I hope to find. It's not that the tools are somehow in decline that's devolved photography as much as it is our collective abrogation of responsibility at nearly every step that has been the dangerous and damaging to our creative processes and the intellectual qualities of our photographs. But this is an easier fix than we imagine. It just requires that we re-engage holistically in the process instead of letting our cameras Phone it in.

Don't forget those special photographers on your list who are just pining away for their own copies of "The Lisbon Portfolio." My mom finished reading her copy yesterday and said the story was filled with action and lots of fun. It's my hope that you'll think so too.

And if you are working on a last minute Christmas/Holiday gift list consider heading to Amazon.com from my site. I'll get some site sustaining referral fees from Amazon.com and you'll not pay a cent more for your purchases. A smile for everyone...

A long weekend without a camera in my hands. 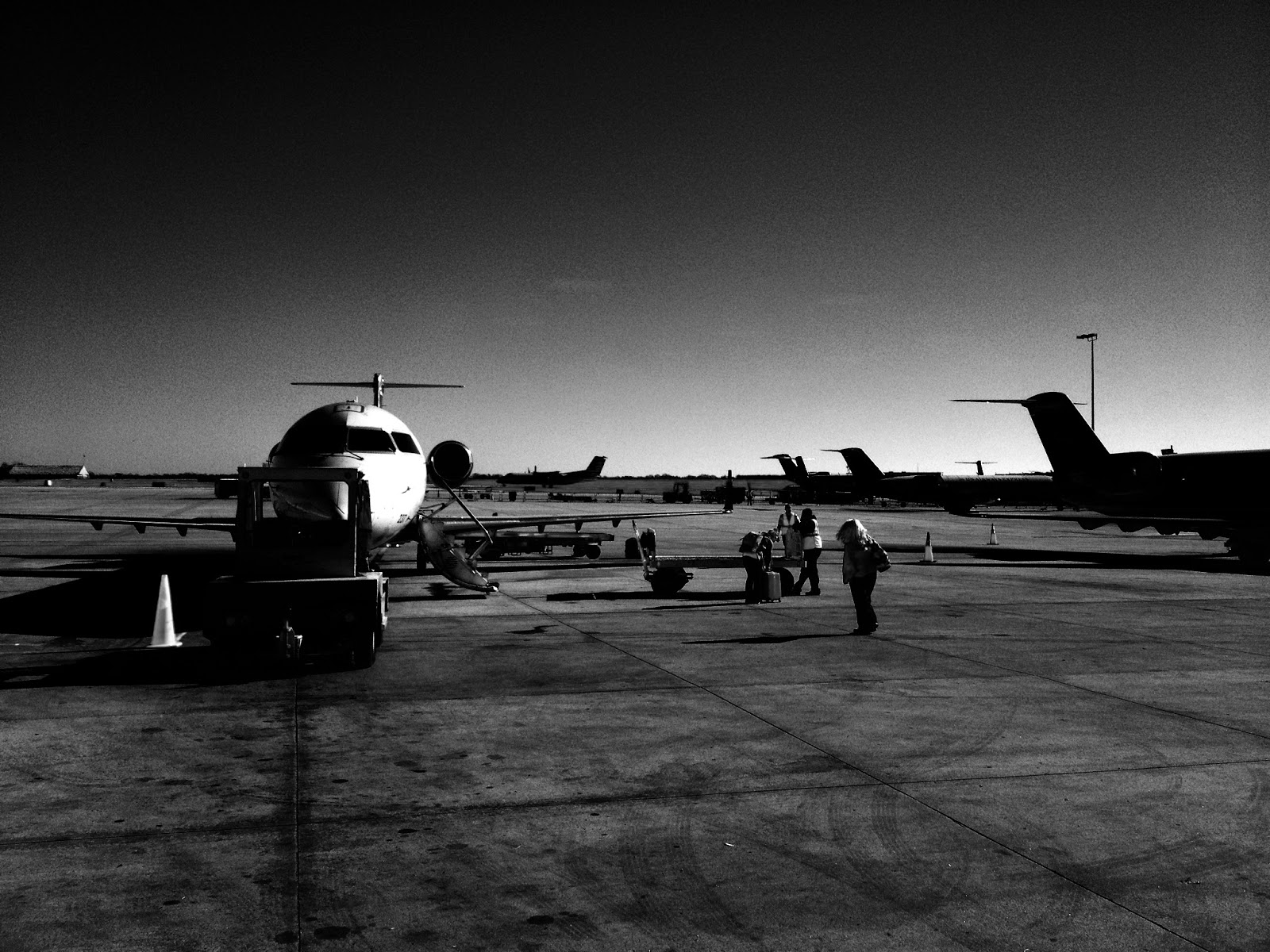 In the last twenty years I've never left town without a camera of some sort.

I broke with a long tradition and habit this past weekend. I traveled to Charlotte, NC and back without a camera. Unless you count the camera in my iPhone 4s, and I really don't. I meant to take a camera, or rather my habitual nature meant to take a camera, but my rational brain kept saying, "you're going to have your hands full and your schedule is tight. A camera will just get in the way." This time I listened to my rational brain which is also unusual.

I was traveling with my two parents who are in their late eighties. The both need to be in wheelchairs with Skycaps to make their way through big airports. My dad is becoming a bit forgetful and someone needs to be with them to make sure he doesn't leave his keys, wallet and passport behind at the security checkpoint like he did on last year's trip. My mother needs to be on oxygen and I've spent a good week learning the ins and outs of oxygen concentrating machines. The difference between pulse and constant, the stated battery endurance versus actual performance and the best way to breathe to make sure oxygen delivery is efficient.

Skycaps guide the parents while I guide the carry-on luggage and oxygen machine extras. It's the kind of operation that has lots of moving parts and a lot of "if = thens" involved. Very much guaranteed to crank up the anxiety levels of even a calm and easy-going person. On the plane I get to make sure my dad doesn't accept too much coffee because those bathrooms are far away and it's a slow procession down the crowded aisles of pre-holiday jets. I also need to use a fingertip oximeter to make sure we got the oxygen flow correctly done for my mom. That's always an interesting competing intersection between appropriate levels and battery life....  I just wasn't up for tossing a camera into the whole mix.

I didn't really miss the camera (my perennial safety blanket) on the flight to Charlotte. I certainly didn't miss the camera as I paid attention to both the conversation of the Bulgarian cab driver and the beeping, low battery alarm on the oxygen machines while we traveled through Charlotte in a cab, to my sister's house. My mind was running the calculus of time spent versus stated battery reserves. Didn't even think to stare out the window and calculate the correct exposures in my mind.

Where I missed my camera was my return the next day. I got dropped off at the airport by myself, carrying nothing but a small backpack with one change of clothes, a pen and a journal book. When I walked through the terminal I saw potential images everywhere. The sunlight was strong and clean outside the windows and it made the planes seem sculptural and somehow much more interesting. There were lines of architecture intersecting commerce that would have made wry, disassociated commentary, and at the very heart of the matter the camera is so wedded to my self-image that I felt somewhat naked and adrift without it.

I flew into San Antonio, retrieved my car, and headed up the road to Austin. Heavy gray clouds hung over the highway like a dowdy, lumpy comforter. Little glimpses of sunlight popped up here and there and wherever there was a break in the clouds there was also a most picturesque and laser-like beam of warm yellow sunlight coating everything within a small cone of brilliance. I saw one image of a majestic roadside tree perfectly spotlit and magical against a background of desaturated gray clouds and un-illuminated landscape. And still no camera.

When I got home I kissed the dog, kissed the wife and then went off into the studio to look for a camera to play with. The first one I came across was an old Alpa which had settled in next to an older Leica. They were both so comfortable. It was great to back home with my small family and a studio full of friends.

Epilogue: The parents were delivered to my sister's house, safe and sound, and are enjoying their visit very much. The cameras have had their batteries charged and are enjoying some downtime. I'm learning to let go a bit; I walked with Studio Dog and Wonder Spouse this morning and didn't even consider bringing along a camera. I guess that's healthy...
Posted by Kirk Tuck, Photographer/Writer at 11:19 10 comments: