Spending time in the great shadow of LBJ. 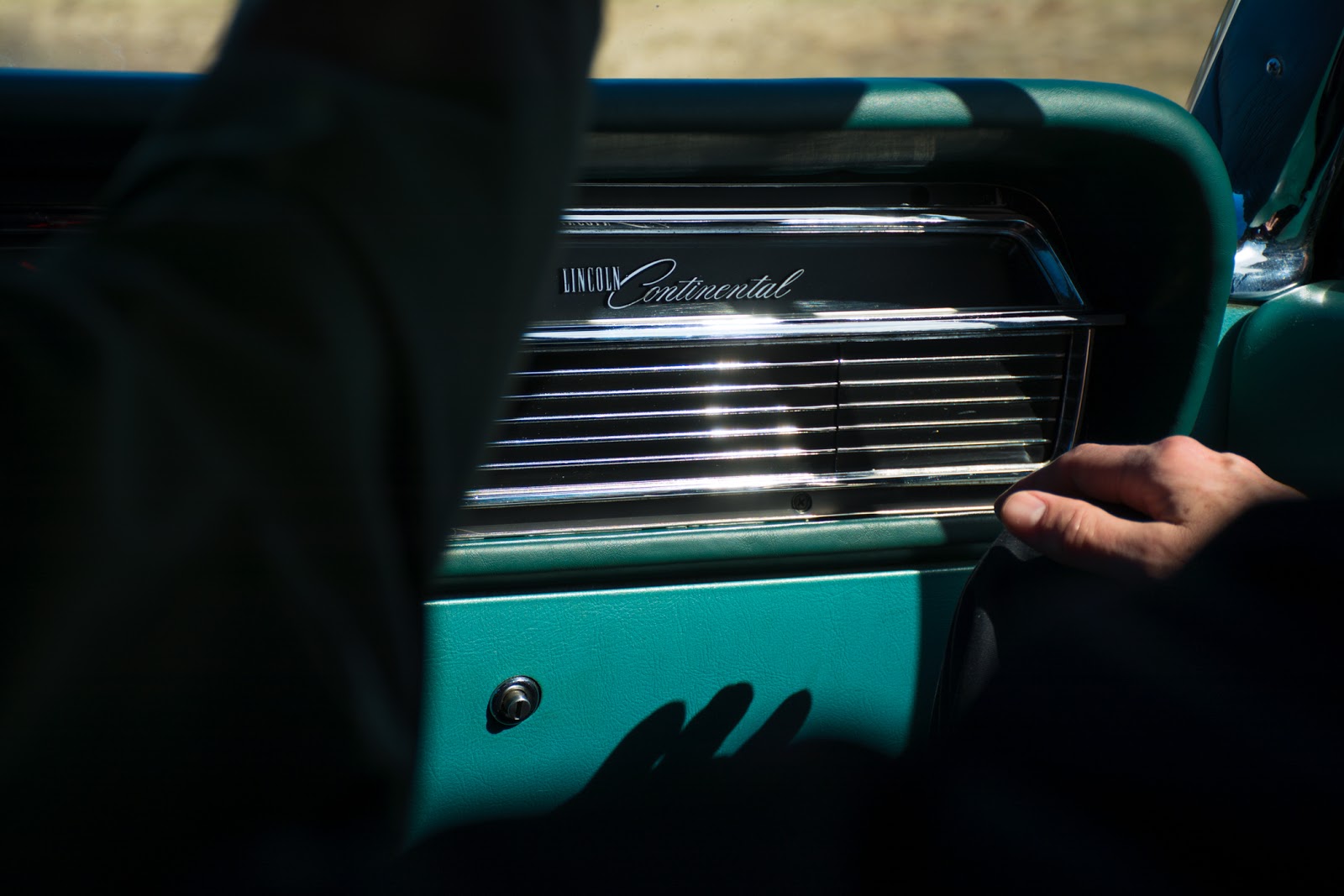 It was a nice day in Johnson City, Texas. The temperature for most of the day was in the 50's. The sun was shining and I was surrounded by people and things of great interest. I'd been commissioned to go along with a group from the theater to document a research trip into the life and legend of Lyndon Baines Johnson.

Actor, Steve Vinovich, artistic director, David Steakley, P.R. genius, Lauren Lovell and I met with a National Park Service Ranger named, Russ and we explored LBJ's boyhood home in town and just about every square inch of the ranch and the "Texas White House" with an expert. To make it all the more spectacular we did most of our tour in a convertible Lincoln Continental, circa 1965. This is the exact model of car that Johnson insisted on driving for most of his life in politics.

I went back and forth between two cameras but I leaned on the D810 the most. I shot a mix of video and stills that we'll use to create marketing pieces for the show, All The Way.

I came home with about 20 gigabytes of images and video and I think I could have shot more.

No lighting today and mostly a microphone on camera. But it's important to understand that this was a fast moving day with no budget for assistants and crew, and no room to drag them along with us. We'll use the footage mostly with a voice over track but there are a good number of audio gems in the data and I hope we can use those as well.

We're shooting more tomorrow but it will be people who live in Austin and were close to LBJ during his life. I've shot more video in the last two days than I have in the last two months and it feels great to be engaged in it. The more I shoot the more I learn about the current process. Also, the more I add to my future shopping list. Hello audio gear....

Tomorrow is a big day. I've got swim practice (of course) followed immediately by the video interviews of people who lived history. When we wrap that I'll be back to the studio to dump the video gear and grab electronic flashes and a white background and then I'm back to the theater to shoot the advertising promotion shots against white. I would normally put Monday aside for a binging of editing and post production but I'm booked on another video project in another location. Looks like Tues. and Weds. will be a couple of those days when I find myself chained to the computer trying to get everything sorted and off to the client and the editors for the projects.

I know I said I wanted to do more video but I'm starting to get the idea that I should be more circumspect about the things for which I wish....but right now it's fun!

Gotta get one of those Lincolns. What a cool car!!!
Posted by Kirk, Photographer/Writer at 21:57 10 comments: