The changing nature of what we all do for a living in post modern society. 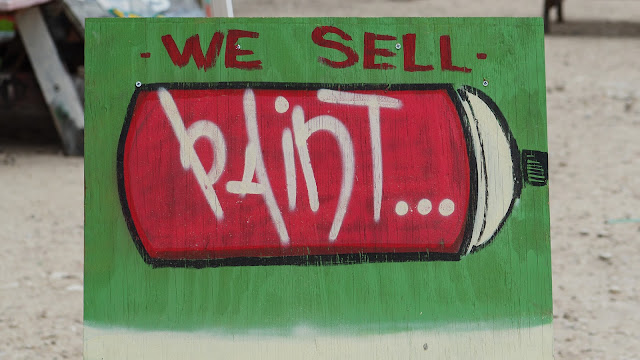 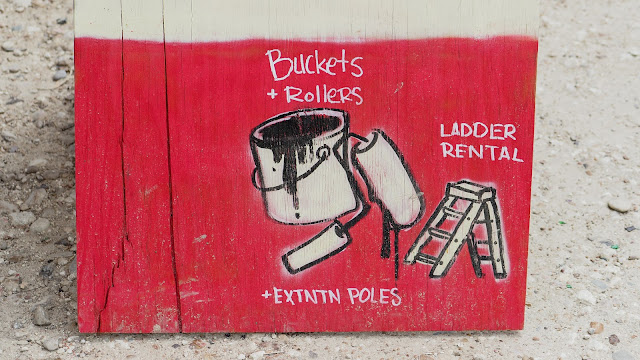 I was directing a video project, making content of a well known public relations professional as he explained the "Death of Public Relations" to the camera. I paid attention to my framing and exposure but I also paid attention to the content of this business owner's speech. I tend to think that my business (photography) is different from everyone else's and that people in my business have been disproportionally effected by the overwhelming changes that mass digitalization and social media on the web. I can point to shrinking markets in some areas and expanding but less valuable markets in other areas. I can point to the effects of citizen journalists and "good enough" for the web substitutions for what used to require professional touch. But I haven't paid as much attention as I should to the disruptions in the businesses that encircle and support my enterprise; namely, the advertising agencies and public relations agencies. Their turmoils and metamorphosis were delayed, compared to those of the image slingers, but they are deep into the changes right now.

In the realm of public relations they are seeing a huge shift. In the past the primary function of P.R. agencies was to take the issues that were dear or dangerous to their clients, figure out what sort of spin would work in mainstream media to get the story out there, and then to connect with the editorial departments of newspapers, consumer magazines, trade magazines and TV new departments and radio news people to try and sell them on assigning stories to editorial writers (freelance and staff) who would re-tell the story with the cloak of objectivity and balance that was the unique selling point that the media properties enjoyed. Consumers trusted editorial media to be trustworthy. They were the objective conduit between companies and consumers. They took the "facts", did their own "research" and delivered stories that filled space and grabbed eyes. Stories were monetized by the ads that wrapped around them. And sometimes the ads came from the very people who were providing the initial story push; the companies represented by the public relations agencies.

When  client/agency reviews came around the success or failure of a public relations campaign largely boiled down to how many stories got "sold and told." Did the local newspapers re-write that press release and get it into the hands of the business editor at the local paper? Did the billionaire who spent two hours "giving back to the community" by reading a book at a Headstart program get his story, and his photograph, in hundreds (thousands) of papers across the country through the power of syndication? How many channels of broadcast TV did a positive "breaking news" story about a company's bold expansion or paradigm shifting new product launch did they get? Those numbers were the traditional metrics of success or failure in the public relations business. (I simplify here but it's mostly accurate. There are things like media training and disaster communications that fall outside the core offerings of the P.R. agencies...).

What happened to change all this?  Online classified ads from websites like CraigsList killed revenue for newspapers and weeklies which reduced the size of each issue and made regular paid, placed display ad revenue more critical. But the need for display ad revenue hit about the time the overall ad market bloomed like a million bits of pollen and created the need to diversify ad budgets from dozens of outlets to thousands of outlets with the associated reduction of dollars allocated to each market. More channels and outlets chasing the same, or diminishing, amount of placement dollars; and the lure of "free exposure" on the web.

The bulk of people who still read traditional newspapers is over 50 years old. Young people don't (as a rule) subscribe to, or read, traditional city newspapers or magazines. Most no longer read any printed consumer magazines and revenue collection via advertising and paywalls on web magazines is not very profitable either. The demographic change was a loaded gun not just for magazines and newspapers but also for the P.R. agencies who were largely set up to partner with them for coverage.

It's conceivable now that a company will reach a wider (and more diverse) audience with a great video launched on YouTube and supported by Twitter and Facebook than would ever be reached peddling the same basic story to what's left of the legitimate broadcast news local TV stations. The media outlets are pretty much reacting not by innovating but by entering into a deadly cycle of quarterly, monthly and weekly cost reductions. Most of the cost reductions are aimed at reducing staff and replacing older, more expensive staff, with younger, less costly new staff. The $200,000 a year anchor that appealed to mom and dad is replaced with a media savvy youngster earning, literally, $40,000 per year.

With a lot fewer pages to fill and fewer good writers and researchers to fill them, newspapers and magazines are largely capitulating and picking up syndicated feeds and "stock" stories that are largely fact free, information sparse, and diffusely targeted. It's a freaking desert for traditional P.R. professionals whose previous lives consisted of meeting with smart counterparts to generate stories that the newspapers could tackle and cover with their implied objectivity. How does any company generate positive P.R. on present day broadcast television when the 24 hour news cycle is now based almost completely on shock pieces meant to keep audiences tuned in and addicted to the anxiety of fast breaking and dramatic news events. And there are millions and millions of "channels" from which to choose.

Gone are the days when two or three news crews bristling with TV cameras and microphones showed up to capture the cutting of a ribbon on a new stretch of highway, or the tossing of dirt with golden shovels at a regional mall ground breaking?

So, if traditional public relations is dying then what will take its place?  That's what remains to be seen. My video subject conjectures that companies will create their own stories and showcase them both on the websites they control and also in as many social media venues as they can effectively service. While the individual "expert" blogger might be in decline right now regular blogs from companies and associations are still seen as prime content.

The P.R. professionals will find their way for now by becoming better and better at telling the client story in videos and blogs than the ultimate client can themselves. Part of the value of an outside provider is in the emotional distance from a company they have versus an in-house writer or producer who is constantly subject to the powers and the entrenched point of view of the typical company hierarchy. Being outside means at least having the potential to tell edgier but more satisfying and stickier stories.

I asked the P.R. expert how that might change the face of his agency and he responded by saying the he'll be hiring a lot more people from the English departments and fewer from the colleges of Communication and RTF.  More people who can convincingly tell emotional and enjoyable stories and fewer people whose expertise lies in selling a story or concept to someone else's editorial committee.

I asked about art directors who worked on some of their accounts and he seemed to think that the future for graphic designers was rosy since the fastest riser in P.R. space's current field of delicious and click-rewarding content is Infographics, which have to be visually well done to be ultimately effective.

What does this mean to me? As a photographer? It largely means that my intuition was correct and the epicenter of hiring and directing freelancers is moving from the P.R. agencies, who bundled our images with freelancer's writing into a package designed to make publication easy, to enterprise in a more direct way. While the P.R. agencies will pitch stories to the corporations and have their writers write the content the power is shifting toward in-house production and in-house supervision of content providers.The truth is that P.R. agencies rarely had people in house who really understood how to best leverage images and video footage and now we'll work more in the capacity of partners than in a top down manner.

Our focus in dealing with the change happening in public relations is to make sure we maintain relationships with the agencies but to redouble our efforts to make more clients into direct clients so we garner top of mind awareness no matter which direction or which other suppliers the lead client chooses. There is perhaps a greater overall need for visual content than ever before but the responsibility for acquiring, directing and leveraging the images we create is being spread across multiple entry points and multiple clients. It's no longer enough just to send nice mailers and e-mail blasts to the handful of P.R. people in your market. You need their client's eyes as well....

Posted by Kirk, Photographer/Writer at 11:27 8 comments: