The rise of the "one inch" sensor cameras.

Added: New links for the "research impaired" (DP Review readers) at the bottom. 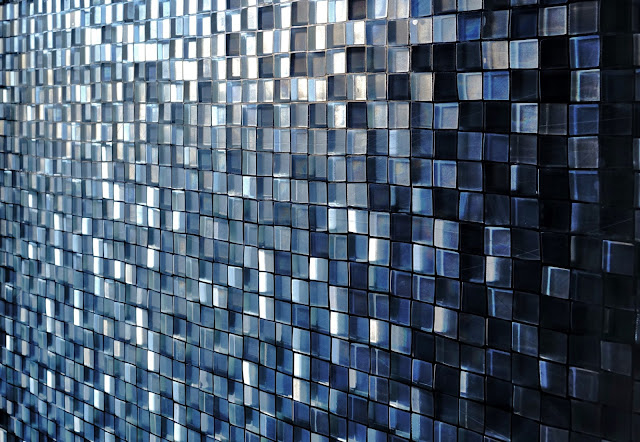 Amazing that, for once, Nikon could be accused of getting to market too far ahead of everyone else. I'm talking about their initial foray into the "one inch" sensor camera market. Four years ago Nikon surprised most of us by introducing the V1 camera and a small collection of lenses. I snapped one up because it was so interesting. I also bought three of the lenses. At the time the sensor was 10 megapixels but that didn't stop me from shooting some journalistic-type jobs with it, including a project photographing Dell's CEO, Michael Dell, at a visit to Austin Easter Seals; which I wrote about here on the blog.

The camera was very good and very fast. The icing on the cake was that even back then that little mirrorless camera (at about $1,000) focused, and locked focus, much faster than the current mirrorless, full frame cameras from Sony. The images looked really good, too....as long as you didn't go too high on the ISO scale. But Nikon wasn't able, and hasn't been able, to get much traction with the system. They were on the wrong side of the razor. And they made a critical mistake in having a step down camera (the J1) that DID NOT have an EVF or any way to add an EVF. The market really wasn't ready for the idea of the smaller sensor camera at a price that was higher than Nikon's competent APS-C consumer cameras. They just didn't figure out how to give the targeted users a compelling reason to acquire this particular tool set.

Nikon blazed new territory and, for that, I am somewhat proud of Nikon. But now I have a sense that the one inch sensor's time has come and that the cameras being designed around variants of this size sensor are about to take their place in the camera hierarchy as competitors to the current crop of micro four thirds machines.

Why do I say this? Hmmm. Sony and Panasonic tied me down and forced me to say this in exchange for hundreds of thousands of dollars and truck loads of free gear!!!? Well, would you believe, instead, that I've had such good experiences with the two different models of "one inch" sensor-equipped cameras that I am quickly coming to embrace them as everyday photography tools? I wish the former reason were true but I'm afraid it's really the second...

In the past week I've done two assignments with the small chip cameras and had, what I consider, excellent outcomes. In one instance, which I shared here on the blog, I photographed actor, Jimmy Moore, for a marketing promotion for Zach Theatre. The camera in question was the Panasonic fz 1000 which is currently available for a whopping $695. All you get for your money is a Leica designed lens that is very sharp and gives you 25mm to 400mm (equivalents) along with a 2.36 million pixel EVF, as many frames per second as you want, solid and beautiful 20 megapixel raw files and pretty darn flawless 4K video. Oh, I forgot to mention the really, really good image stabilization.

This is the kind of job we might have used our full frame cameras on before but if you think about the nuts and bolts of shooting people on white backgrounds (who will eventually be cut out from the background) the smaller sensor just makes sense. At f8.0 the entire person is in focus so the clipping path becomes easier to make. If the quality didn't match up it wouldn't matter about the efficacy of the clipping paths but the reality is that, at ISO 125, shooting raw and metering accurately, the files were impeccable. So that's one application. And, interestingly enough, the smaller, cheaper camera (relative to my D750 or D810) does such a good job with face detection AF that I use it and never suffer from inaccurate focus. Tell me you always nail AF with your big DSLR and I'll laugh along with you....

In the same week I pushed a Sony RX10 into service to photograph a prototype techie machine on a white background. As I explained in yesterday's post the impetus was to be able to use a camera with a sharp lens and more depth of field than even my m4:3 cameras, at the same angle of view, without any apparent loss of image quality. I am confident that we succeeded. In fact, that job may well have led to a much bigger video project; which might also be perfectly within the technical abilities of the smaller sensor-ed cameras.

In a similarity race with the Panasonic the Sony RX10 includes a faster lens, designed by Zeiss and just about everything I described about the fz 1000 above. And, in a head to head competition, both were equally proficient and, in fact, cut down on my post production time in each case.

I said, in my blog yesterday, that it would crazy to go out and buy yet another one inch camera but that's exactly what I intend to do. I am convinced that there are many assignments that would actually benefit from getting beyond our knee jerk prejudice for bigger cameras. The older Sony with the new XAVC codec and the newer model with its 4K capability and high video frame rate (great for slow motion effects) are not only good still cameras but are really first class video cameras. In concert with the fz 1000s we can be out shooting video with multiple, high quality "B" cameras ---- limited only by how many tripods I own....

While the imaging sensors have gotten better and better with the bigger cameras it's equally true that the sensors have improved in the one inch cameras as well, and, obviously, designing high quality lenses for the smaller sensors is easier and more cost effective than designing lenses with similar angles of view for larger sensor cameras.

I have a little side bet going with myself. One of my personalities (the risk taking artist) thinks we can do just about every job with one of the "one inch" cameras. Another one of my personalities (the linear, insecure engineer) thinks we should be safe and careful and always shoot with something "professional." While the day to day personality (capricious and insouciant business guy) says, "oh what the hell? let's give it a try!!! In response, my personality who is "accounting guy" fainted and hit his head on the desk again... At any rate the bet is whether or not we can pull of half of our video productions and still photography assignments with a combination of the three best one inch superzoom cameras on the market. It's a fun contest and the winner gets nothing but the glory of being proven right.

I just can't get over how great the files keep looking from these all-on-one super cameras. And if Nikon gets one right I'll try that one too.

I'm thinking this is the year that one inch sensor cameras become mainstream and get pressed into an enormous variety of paying jobs. Of course, I've been wrong before so I'm hedging my bet by keeping the big cameras of various formats around the studio. After all, the first lesson of "wing walking" is to grab hold of the strut in front of you before you let go of the one behind you....

Buy one instead of yet another lens...

Added on Sunday for all the people with no institutional memory for the writings and research here at VSL: We were early adopters of one inch cameras buying the V1 from Nikon the month it appeared, the Sony RX10 two years ago, etc. Here are some links re: our engagement with the Nikon Series 1:

Chaps my ass to read on DP Review, in the Nikon Series 1 forum, that I am "a late arrival" to the one inch sensor camera club..... lazy jerks.

Posted by Kirk, Photographer/Writer at 19:09 15 comments: