And now we start talking about audio for video. Yikes, there's a lot to learn. 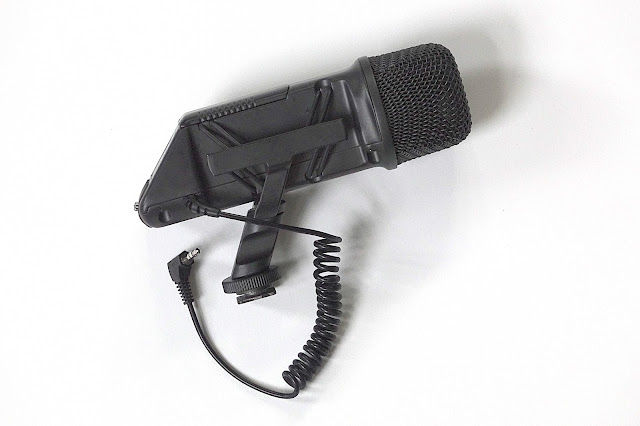 The very first thing I taught Ben about audio for video was about PROXIMITY. The need to get the microphone into the physical sweet spot for which it was designed. Everything else about using microphones flows from there.

My first real experiences with professional audio happened when I was a creative director at Avanti Advertising and Design. We had a number of clients for whom radio was an important part of their marketing mix. We wrote a fair number of commercials; some very straightforward and some with valiant attempts at humor. The common denominator was either a person narrating or persons playing roles. Since radio commercials are staged and highly directed all the production work was done in a studio. We used a studio called, Tim Stanton Audio, and we relied on Tim Stanton's deep experience to pull off productions that ranged from simple to highly complex, multi-character, mini-shows.

Tim had a collection of microphones and he would select them the way a sommelier would select various wines to match with the different courses of a fine meal. Tim sat behind a giant sound board controlling levels, etc. while I directed the talent, which meant, asking them to read with a different inflection, more or less energy, and always with an eye on the stop watch so we could fit the read into the time constraints of the commercial. Fifteen, thirty, sixty and one hundred and twenty seconds.

I learned a fair amount. I learned from Tim that every room has its own acoustic character which can be controlled with sound absorbing materials and even thick blankets. I learned to watch the meters and not overload the inputs for the recording devices. I learned that multiple "takes" helped us narrow in on our creative "target" and I learned that (optimal) proximity of the person speaking to the microphone is everything.

We're currently living in a time when we have tons and tons of information at our fingertips and most of it is either too condensed to be worthwhile, factually wrong, or just too shallow in scope to be useful. A lot of the information is driven by marketing. I see a lot of ads for "shotgun" microphones where the videographer has the microphone mounted on his camera but the actors are across the room. Clearly, the marketing people never got the text about proximity.

The reason why many, many people are so happy with the sound they get from lavaliere microphones comes from how they are employed. No one sticks their lavaliere mic on the top of their camera, shoots from across a room and expects to get anything worthwhile. Everyone knows that the "lav" gets positioned on a talent's tie, shirt placket or collar at about 12 inches from the talent's mouth. There are other, more creative locations for lavs but they are all on the body and in close proximity to the talent's mouth. So, even with the least expensive of lavalieres we get decent sound. It's because we are using them correctly (usually).

The truth is that in many cases the sound from a decent shotgun style (hyper-cardioid) can be better than the sound from most lavalieres if it is positioned correctly. The bigger microphones seem to reproduce lower frequencies more accurately and many of the relatively inexpensive ($150-$300) shotgun mics have very decent responses through the frequencies.

The best place for shotgun microphones is just above or below the talent's mouth and about 18 inches away from them. The dance that sound people on movie and TV sets do is to aim the microphone at the actor from the correct distance while staying just out of the video frame. If you have a dedicated sound person they can put the shotgun microphone at the end of a boom pole and continually fine-tune the placement by compensating for the actor's movement. This maintains the level and sound quality. If you are working alone you'll need the client to restrict their movements but it's still important to get the microphone off the camera and close to the actor. If I'm shooting solo I take along a stout light stand and a special bracket that holds my boom pole. I get the actor on their mark and carefully position the microphone before we get started. If the shot calls for walking and talking I give up and put a wireless microphone on them. With a sound person along short walk-and-talks can still be handled with a shotgun microphone on a boom pole.

The bottom line, always, is proximity. Unless you need to be ultimately mobile....

If I am out snapshotting video (solo, all gear attached to camera, nothing scripted, no actors) and I think I'll want to catch audio or even grab an impromptu street interview for my own personal work I'll default to a microphone on camera. Generally the one I reach for is not a shotgun mic but a stereo cardioid (heart shaped front sound pick up pattern) model that I can put in the hotshoe of my camera.
I'll leave it on to record ambient sounds and general audio tone, for the most part. But every once in a while I'll find someone who I'd like to interview spontaneously.

The need to get decent sound always triggers an "alert" in my brain. The alert is... Proximity. I need to get that microphone, which is on top of the camera, as close to the interviewee as possible to get decent audio and to diminish the effect of background noise at any given location. The trick is to use the wide angle setting of your camera's lens and get in close to the person. If I can get into a zone about three feet away I have some assurance that the resulting audio with at least be usable.

While it seems like a shotgun mic would be just right for this they can be too focused and require too much effort to aim them. Again, if you have a helper you could take the microphone off camera and allow the sound person to aim it correctly... but we don't always have that luxury. In fact, if you are shooting for yourself you probably won't.

The microphone I've been using on the camera for the last few years is a Rode SVM, which stands for "Stereo Video Mic." It's not very long but it has two microphone capsules behind its wire screen. Used close in it has very good sound quality, and the stereo nature of it means that I can often stick two people in a tight frame and get good sound from both. It's probably not the best microphone for this kind of work but it's the one I thought I could afford at the time. It cost me about $200 and it's come in handy a number of times. (I'm linking to the current model as the one I have has been discontinued).

The quieter the environment the easier it is to use an "all purpose" microphone like this to get good results....as long as you get it close enough.

Along these lines; meaning run-and-gun video versus controlled video, I've come to also appreciate the standard "reporter's microphone." You've seen them forever on the news shows. It's the classic microphone that reporters stick in front of their faces to do their remote, location "stand ups" in front of the news cameras. When they interview the crooked politician or the man on the street they alternate pointing the microphone at their own mouth when asking questions and then aim it at the person they are interviewing when they answer (usually from about 12-18 inches away....). These microphones (reporter mics) are counter-intuitive for many people. It would seem that a shotgun microphone would be more useable because we have the idea that the shotguns zero in on what we point them towards. It would seem that a reporter microphone, with its omni-directional pick-up pattern would pick up EVERYTHING!

But being wise photographers we understand that sound and microphones are subject to the inverse square law and, that the closer we have the microphone to the source of the sound the quicker audio "falls off" as we increase the distance from the other sources of sound. If we get the microphone close to the subject then everything else is relatively further away and much quieter. This is how someone with a reporter's mic can get decent audio even when surrounded by screaming fans at the end of a sports competition or political rally. It's also why people have more luck a lot of the time with lavaliere microphones (which are generally omni-directional). The sources of the main audio is much, much closer than the distracting background sounds which quickly "fall off."

I like the way shotguns microphones sound. The can be very, very good. I have a case full. But we have come to love them because most commercial production is done in rooms insulated from air conditioning noise, with appliances turned off, with reflective surfaces covered and microphone to subject distances (and angles) optimized. This is where they shine. But they are not "Swiss Army Knives" of the sound world. I reach for my reporter's mic when I know we'll be moving fast and working in uncontrollable environments. If I'm not working on a tripod and don't have a hand free I default to something like the Rode SVM, on camera.

It's good to understand the how the environment and the use dictates the right microphone. As long as you remember the primary rule = proximity = you'll come away with cleaner and less distracting sound. Get close. Even in the studio getting close means less necessary gain and less noise.

So, next up let's talk about lavaliere microphones and I'll show you the two options I use. 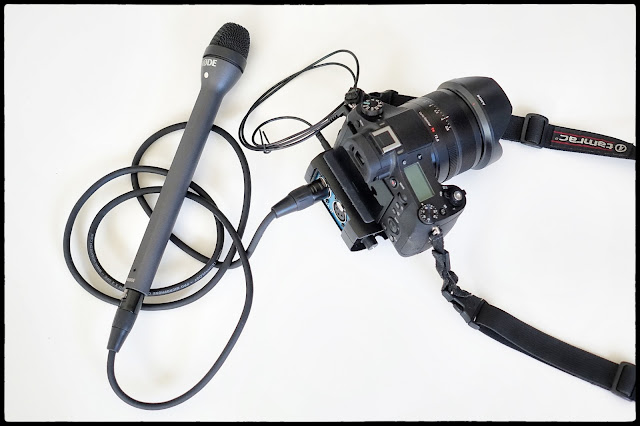 
Posted by Kirk, Photographer/Writer at 11:01 4 comments: