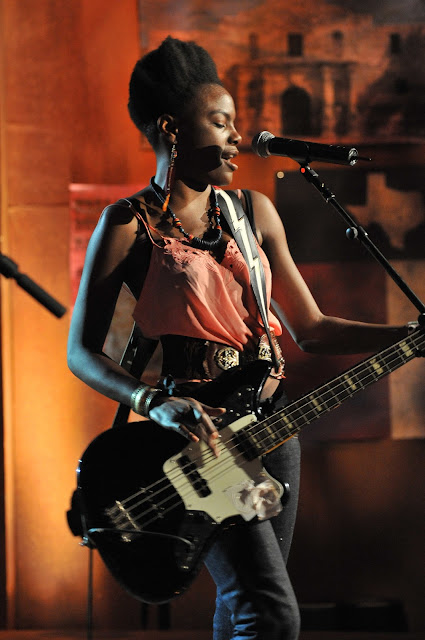 When I see someone play the guitar or piano very well they make the process seem so fluid and easy. It's the same when I see an Olympic swimmer repeat graceful one hundred yard repeats under a minute each. As a culture we have a tendency to ascribe mastery to genetics, luck and natural talent and we ignore or discount the reality of the artist's or athlete's years and years of training and practice. But all one needs to do is to read about swimmer, Michael Phelps's training regimen in the decades leading up to his multiple gold medals to know that even those with in-born talent still have to put in the time and energy to excel.

I thought moving from still imaging to video production would be a cakewalk. After all, I've been working with a camera in front of my face for nearly 4 decades and I've studied the science and craft of how the sensors work with light, optics etc. Hell, I've written books about it, but if all that was required to be good at motion pictures was the rote memorization of hundreds of facts and mechanical steps then most professional photographers would be able to step seamlessly into video production, right?

But I'm finding that making moving pictures is a whole different game. In photography you can compose well and then lock your camera down on a tripod and press the shutter button at the decisive moment. If you've trained yourself to see well you'll most likely get a good still image (especially so if the subject looks great...) but the crazy thing about video, especially video with a handheld camera, is that so much really depends on an integration of physical practice combined with seeing well.

In the beginning of my video journey the cameras we used didn't have stabilizers and handheld gimbals were unheard of. I thought my workaround would be to put the camera on a fluid head tripod and that everything would proceed just like still photography. I thought that until I was called on to do my very first very steady pan. Who knew that just panning a tripod head could be so difficult? My moves were jagged-y and inconsistent and the stopping and starting of my pans was just downright embarrassing.

It seems that panning (and tilting) is an acquired skill. Smoothness comes from physical practice. The practice of panning over and over and over again until you figure out how to pace and how to become more continuous in your moves. I continue to practice and agonize over the quality of my pans and am coming to grips with the need to put in more hours just practicing the moves (which also depend on distance to the subject, focal lengths of lenses used, speed of subject travel and so much more). You can buy the best tripod and head in the universe but if you don't routinely practice your pans will never be as smooth as the "talented" camera operators.

The same goes for every facet of video camera operation that requires movement. Camera movement is so much more than hand skills. The best operators use their whole bodies in the process of smoothly moving their cameras. You can't see their best work because their best work has as its goal making the camera and its move invisible. But you can routinely see okay and mediocre and bad camera pans in many TV shows and movies because not every operator has hit the point where their work can become transparent to the viewers.

I imagined that having the new GH5 camera and a stabilized lens would give me a much more solid and smooth platform with which to shoot handheld, and it's true that the camera/lens combo gives me great stabilization but even with stabilization the camera has to move and once you go from stationary to pan or tilt, or even walking with the camera, the lack of practice becomes glaringly obvious.

If I'm to be successful at handholding a moving a video camera it's pretty darn obvious that I'm going to need a lot of practice. A lot of practice. I may even have to give up drinking coffee. Imagine living the life of a monk just to make smooth, handheld video camera moves. Breathtaking in its cruelty...

My sometimes partner in video crime and I just finished estimating and proposing eight video projects for an ad agency. The bulk of each video will consist of handheld b-roll lifestyle scenes. This means getting sharp focus on the fly, moving through groups of people, quickly moving to catch great expressions, etc. While my partner has years of continuing practice (he's a full time video shooter) I've spent way to much time depending on flash to freeze motion and tripods to anchor my non-moving, still photography cameras. As we get closer to the start of the projects I've taken to daily practice moving with my camera.

I headed out yesterday to walk through Zilker Park, past Barton Springs Pool and around the lake with my camera, lens and neutral density filter in hand. Every time I saw something interesting to shoot I practiced regulating exposure by rotating the variable neutral density filter and evaluating zebras in the finder of the camera. I had the camera switched to manual so I could also practice using focus peaking to hit sharp focus. But after getting the settings correct I spent most of my time working to pan with joggers and bikers, following aquatic birds as they skimmed the water and then took flight, and I spent time panning from one object to the next. The most difficult thing to practice it to walk smoothly with the camera and I did that as well.

I was feeling pretty good about my time in practice until I came back home, stuck the SD card into my computer and started looking, full screen, at the practice shots I'd made. They showed how the camera moved with my breathing and how any operation of camera buttons created motion havoc in the frames.
I cringed when I saw how lumpy my pans were; speeding up and slowing down to try and regulate my moves. I got a few takes that were decent and I tried to think back to what I'd done to achieve them.

At the end of the exercise, when I'd looked and looked at the shaky footage on my unrelentingly critical monitor, I dumped the footage in the trash and grabbed the camera up again --- stuck a new battery in it and got ready to practice again. Today, after paper work, dog walking and some swimming I'll be back at it practicing camera moves. It's a race against time. Will I master all the arcane methods of handholding and moving a camera or run out the clock instead? The real answer is that mastery is a classic case of ever diminishing returns but that doesn't mean I should not try for the next twenty to thirty years to become at least good at it.

What I learned this week: When starting a camera move place yourself in the position of least comfort to start and move progressively to the position of comfort by the end.

The real masters of motion picture camera operation have spent as much time with a camera in their hands as most virtuoso musicians have spent with their own instruments in hand. That's what makes both camps great.

Camera, except for its feel in your hand, inconsequential.
Posted by Kirk, Photographer/Writer at 10:21 10 comments: