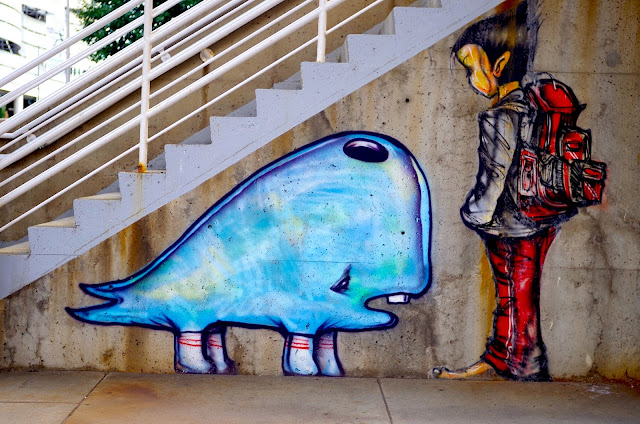 As readers of my blog may have surmised, I love to swim. I've been doing it since I was six. I swam in high school and college, and for the last 20 years I've gotten up most days and happily dragged myself (I've never been an exceptional "morning person") to the Rollingwood Pool (AKA: Western Hills Athletic Club) to swim at 7:00 am with the WHAC Masters. It's a masters team comprised of former Olympians, All Americans and just regular vanilla swimmers like me. Some of the folks in the workouts are relentlessly chasing some demon or other; some swim to stay in really good shape while others, like me, swim five or six times a week so we can eat whatever we want, whenever we want it and still fit into the pants we bought in 1982...

The pool has been a great comfort to me in periods of stress and anxiety. The camaraderie has been priceless. The consistency of the practice helps to anchor most of the rest of my day-to-day life and add structure to a relatively unstructured freelance existence. And in good times and bad I have never winced at coming up with the $100 bucks a month to pay my dues.

In the middle of the Summer the pool manager sent out an e-mail telling us that the board of directors for the club decided that they had deferred major maintenance for as long as they could and that the pool needed to be closed for a period of time to effect repairs. They decided that the last day the pool would be open would be Sunday, the first of October. After that all the masters swimmers would have to fend for themselves, find other programs or hibernate until sometime near the end of January.

We swimmers consider our pool special. Its water is chilled in the Summer and heated in the winter. We've swum during heatwaves and snow storms. We've collectively watched the steam from the warm water melt snow flakes a couple inches above the pool in January and February. Many of us also run at the hike and bike trail about a mile away and, after a run in 100+ degrees, it's become a habit to finish the run at the pool, diving in just before the onset of heat exhaustion (kinda kidding, but not really...).

Our workouts are coached and supervised. Some of our coaches are former Olympians. One was the world champion in the Ironman a while back. Some of the workouts are brutal. Others are fun. Oh heck, even the brutal ones are fun.....as long as we survive them.

So I am in my first week of real, agonizing withdrawal from the familiarity and comfort of my swim club; my pool. At first I thought I would follow our pack to a different, competitive pool or head over to the 5:45 am workout at the University of Texas at Austin. But I chose a different path and I've been frequenting the Deep Eddy Pool. It's a 33 and 1/3 yard, deep well water fed pool (no chlorine or chemistry) and it's been an Austin landmark forever (1915). In the Summer it's too crowded to swim laps in (for me). But starting in October the recreational swimming crowd winds down and the water temperature of the well water starts dropping. Right now it's about eight degrees cooler than my beloved WHAC pool.

I thought I'd be averse to the colder water but I have a discipline streak that tends to ignore the odd discomfort in the pursuit of raw yardage; after all, there is still chocolate cake and Champagne to be savored...

I've hit the pool almost everyday this week, trying to get in two miles a day. I'm recalibrating from a 25 yard pool to a 33-1/3 yard pool and it's actually working.

Why do I swim? Well, I hit the doctor's office last Monday for a yearly physical. According to their measurements I have a body fat ratio of about 11%, a resting pulse rate of 54 and, even though I love coffee, a blood pressure of 115/65. Considering the weird profession I pursue I'm happy with all those little metrics and consider them a benefit to my work. My doctor suggests that I not in bad shape for someone about to hit 62. And swimming also keeps me in shape for hauling around gear.

Best of all, I found an old punch card for the Austin city pools that I had not used up. I've got just enough remaining swims on the card to get me through October. The admission to the pool is free from November to March. A net cost savings of $600 from now until March 2018.

This morning six or seven of the WHAC crew showed up at the Deep Eddy Pool around the same time I did. Old habits die hard. We got in a an hour and a half of swimming and then we met, as we have for several decades, at the local coffee house to socialize. I'm happy to see that the universe provides for those who grab their suit and goggles and head out the door.


Posted by Kirk, Photographer/Writer at 18:36 4 comments: