It's fun to look back a year and see what we were photographing at Zach Theatre. 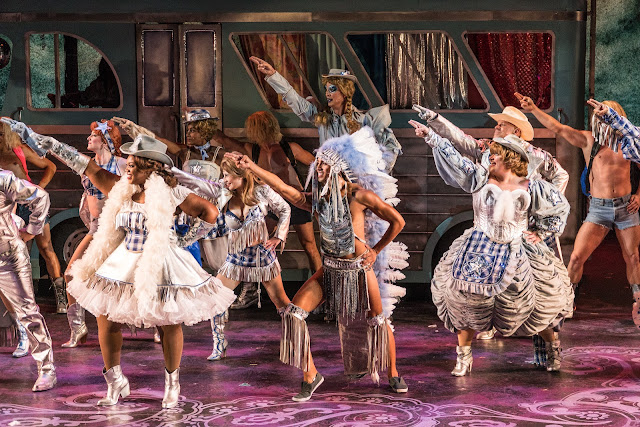 A Marketing photo from "Priscilla, Queen of the Desert."

I was over at Zach Theatre a week ago and I walked around the offices. In every hallway they have framed production photos which span decades. All are printed 12x18 inches and are well matted. All but a handful were made by me. There is generally only one image per production but they were carefully curated by the marketing director.

When I walked through I could "see" every camera that I used to take the photos. We started with M series Leicas and Hasselblads, worked our way through a few generations of Contax film cameras and Nikon film cameras; and then there is the long progression of digital cameras, starting with an Olympus e-10 (the first really effective digital "bridge" camera) and continuing through all the different formats and brands, and ending up, recently, with the Panasonic GH5s.

It's interesting to see that, while there are some minor technical differences in the images between all the generations of cameras, the differences are not nearly as great as camera advertising, photographer blogs and photo-oriented websites would have one believe. The magic is never in whatever camera was used. Whether the photos work or not (aesthetically) is all tied to several decidedly non-technical factors. To wit: Did I compose the scene in an interesting and dynamic way? Did I capture the peak of action within the scene? Was I able to get on film (or "on sensor") the expressions on the actors' faces that help define and refine the story being told on the stage? Using mostly manual focus, was I able to do all of the above while getting sharp focus on constantly moving actors?

If you really think that today's photography is challenging you should step back a decade or two and try nailing focus, and shifting exposure parameters, through the dim prism of, or reversed waist level finder of, a Hasselblad 500C/M camera and a lens with a long manual focus throw. Everything else will seem like gravy on biscuits by comparison...

Part of theater photography is having an intuition for where actors will move next and what their future actions will be. You have to put yourself and camera into the place where the actors will end up next. Not where they were a few seconds ago.

There was a time when we set up, lit and meticulously styled the promotional photographs. Those are still my favorites.

Posted by Kirk, Photographer/Writer at 14:39 4 comments: 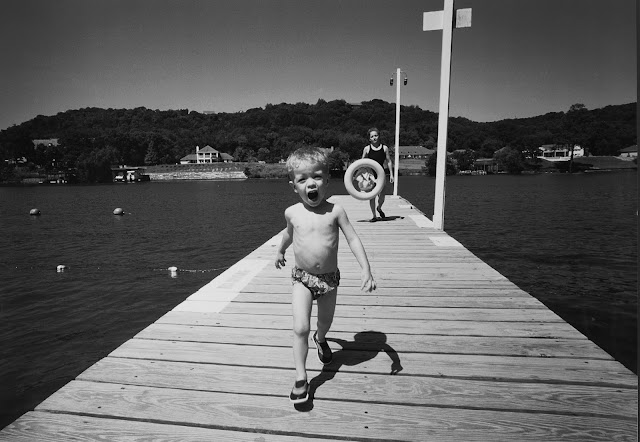 So much of what we talk about revolves around the technical nuances of cameras but all of that seems to be secondary to grabbing up the camera quickly when you see a shot and just using it adroitly. This image was shot during an assignment. It was unplanned (to say the least) but ended up being the opener for a multi-ad advertising campaign.

Had I planned it all out, lit it and shot with a tripod mounted Hasselblad I am certain that Ben would have been way past me before I got anywhere close to pushing the shutter button.

The client was in another (geographical) state. No idea how the shot came into existence. No idea what camera I was using. No curiosity about the technique. They just recognized that this finished "spur of the moment" shot was what they wanted/needed for their advertising. And, in my 30 some years of daily experience, that's just the way things usually go... We plan and plan but the authentic, uplanned moment usually trumps all kinds of technical perfection.  And, no. You usually can't have it both ways, no matter how hard you try.
Posted by Kirk, Photographer/Writer at 13:02 3 comments: