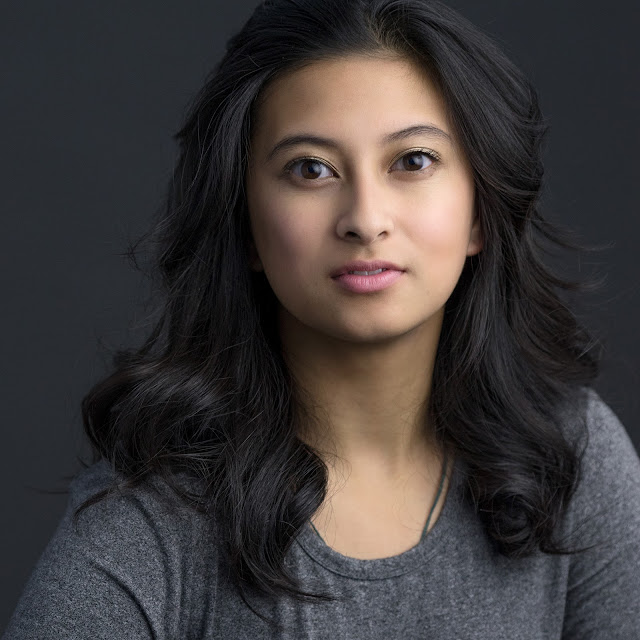 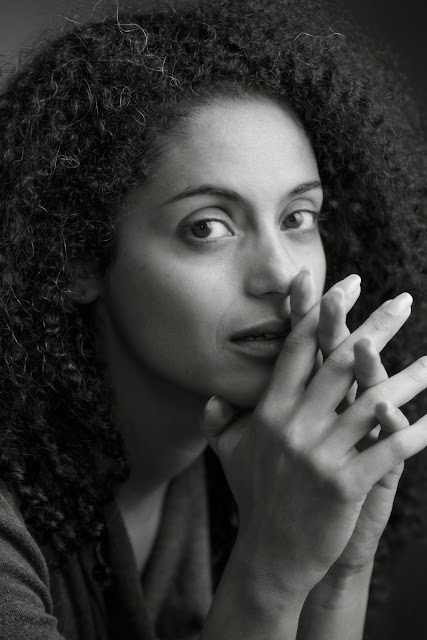 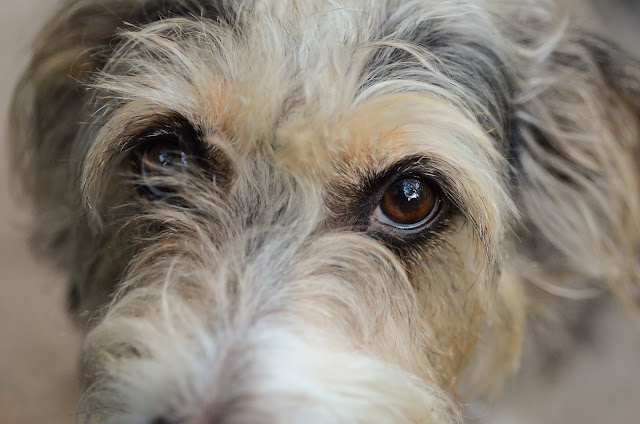 Posted by Kirk, Photographer/Writer at 22:23 4 comments:

Odd self portraits and three of Studio Dog. 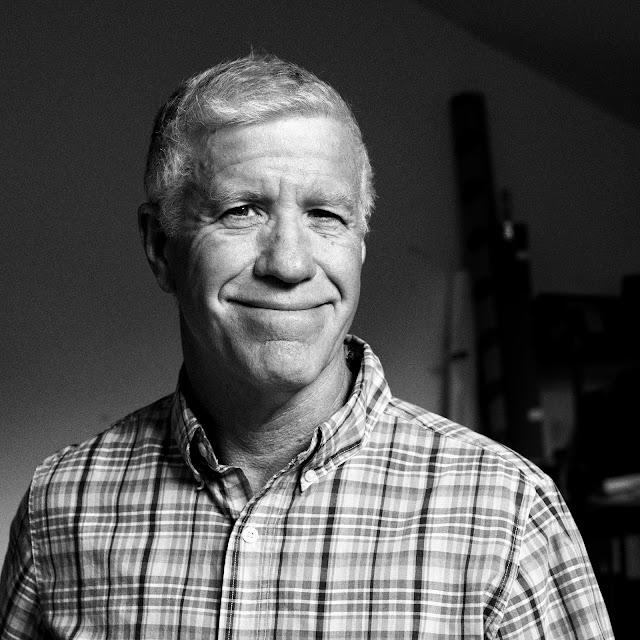 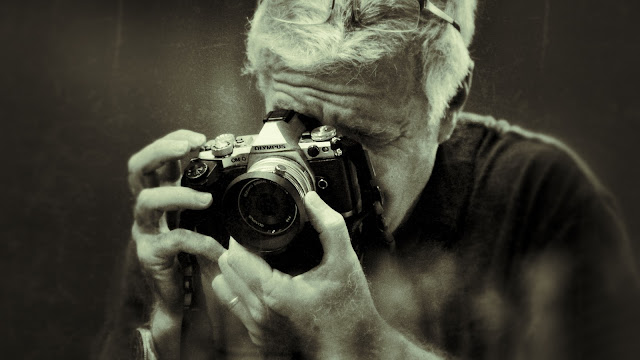 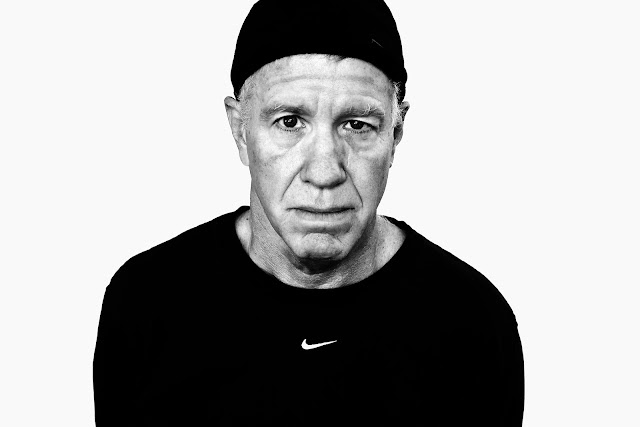 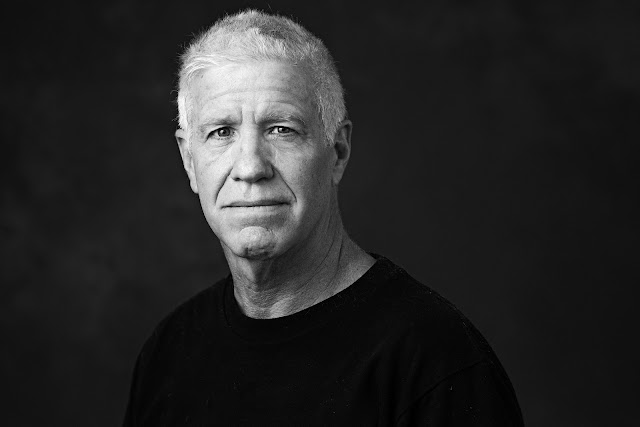 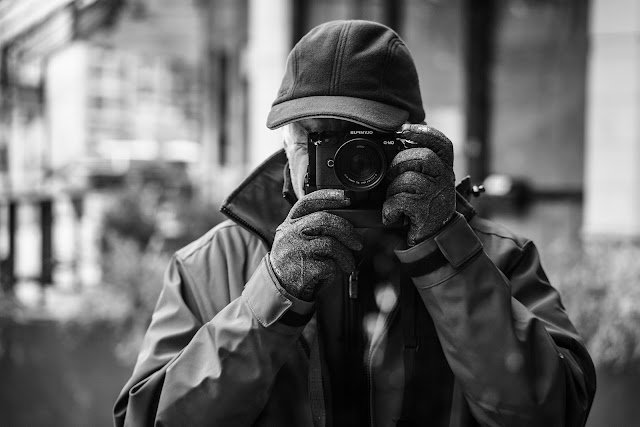 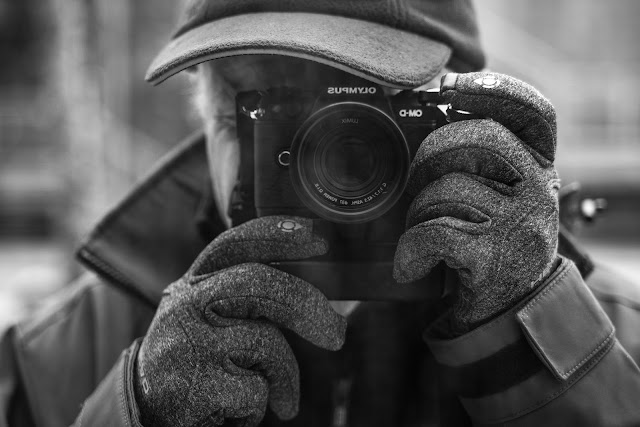 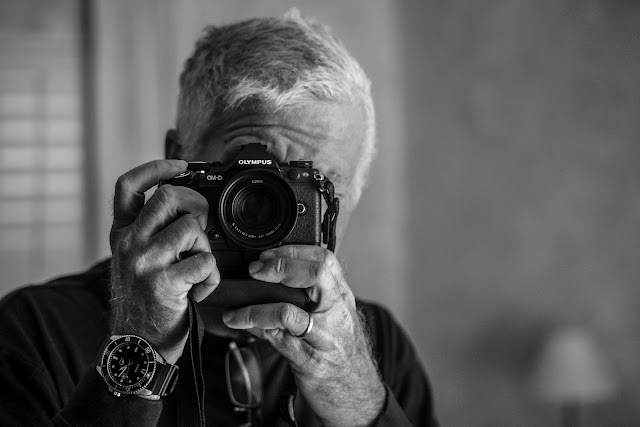 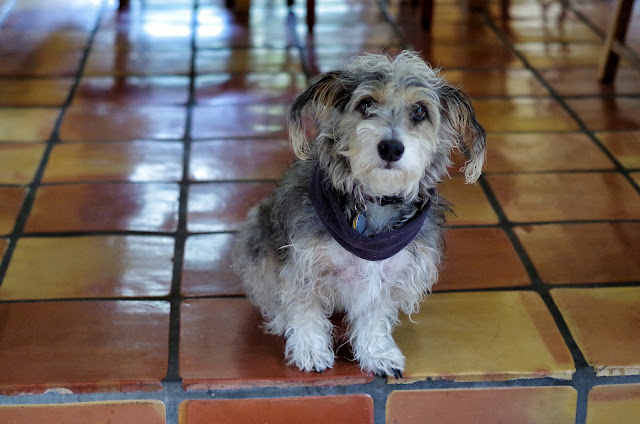 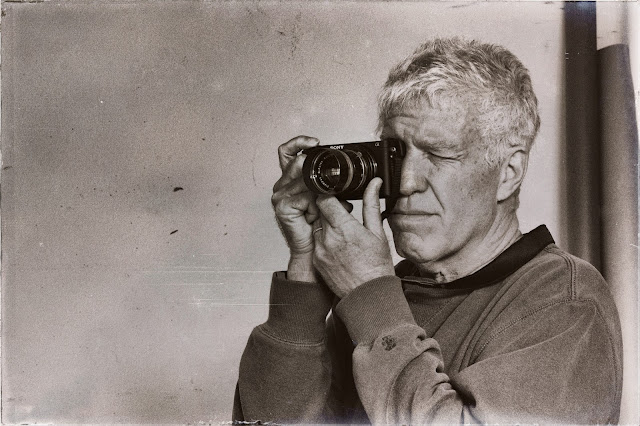 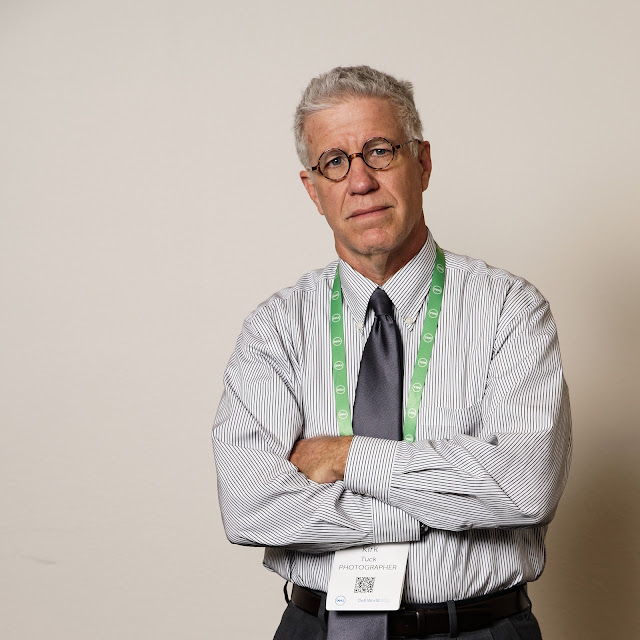 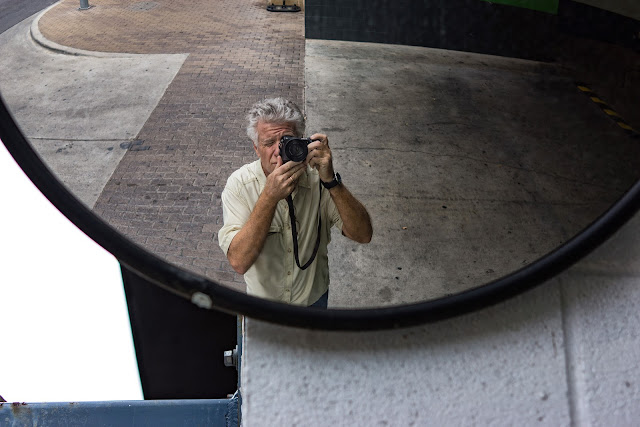 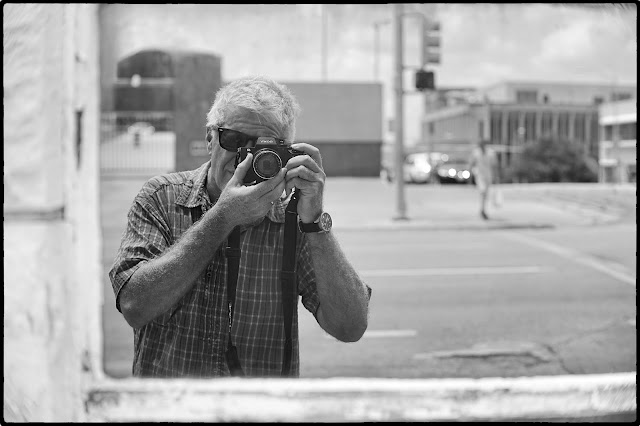 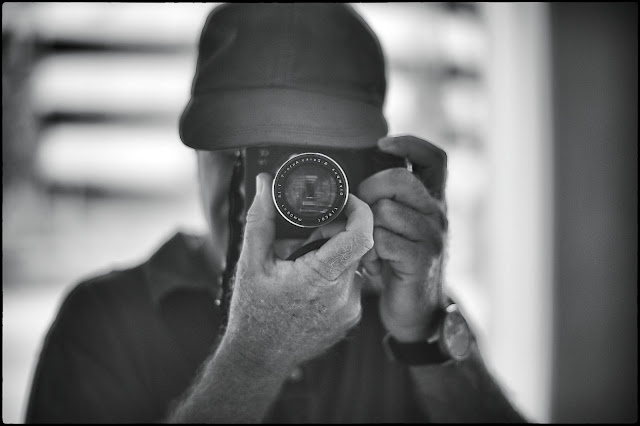 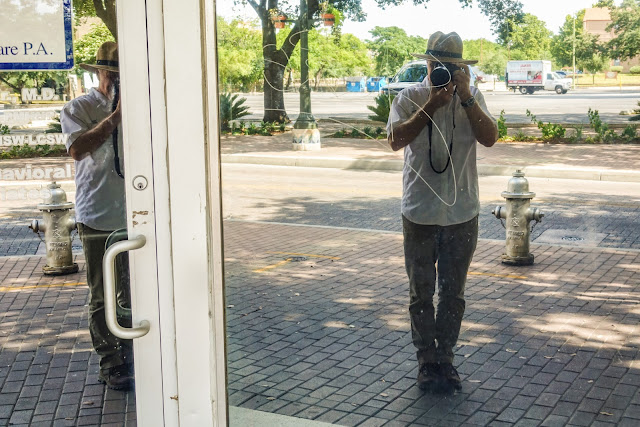 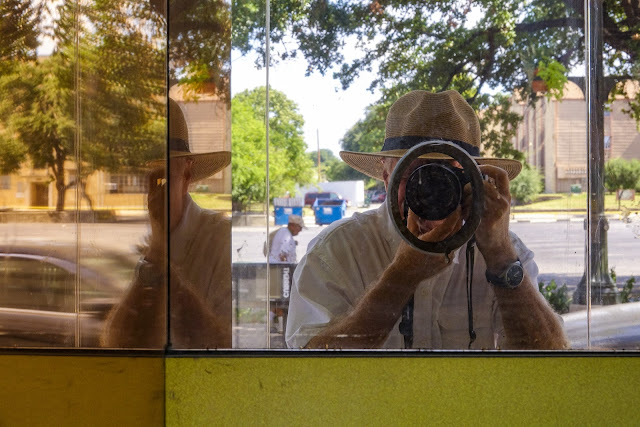 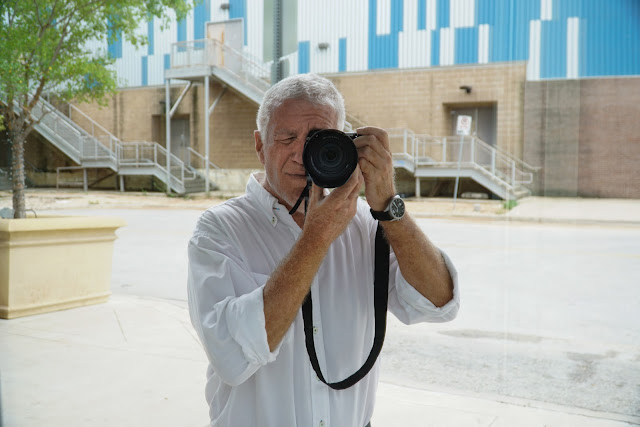 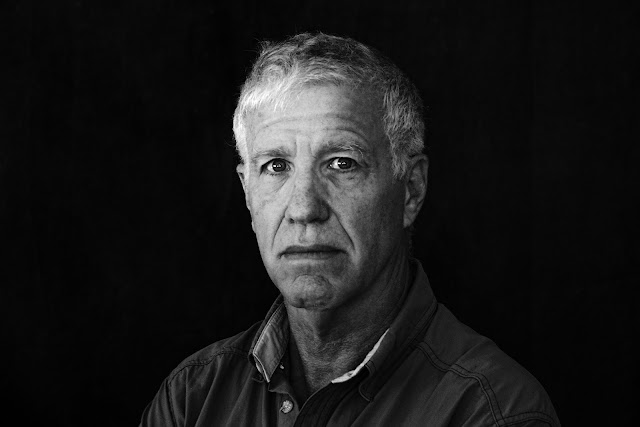 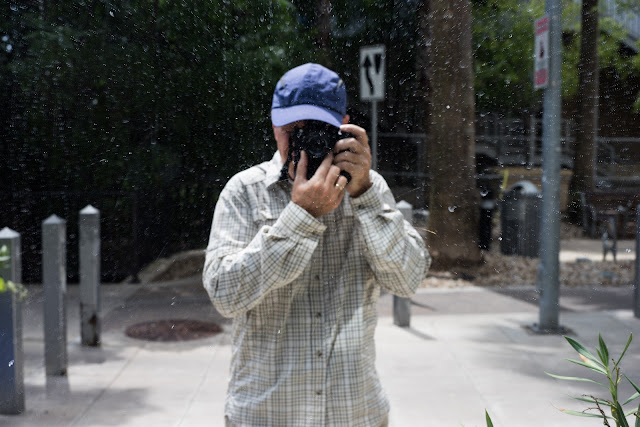 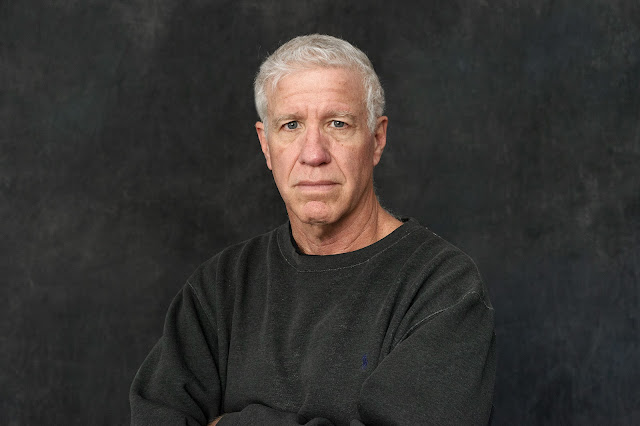 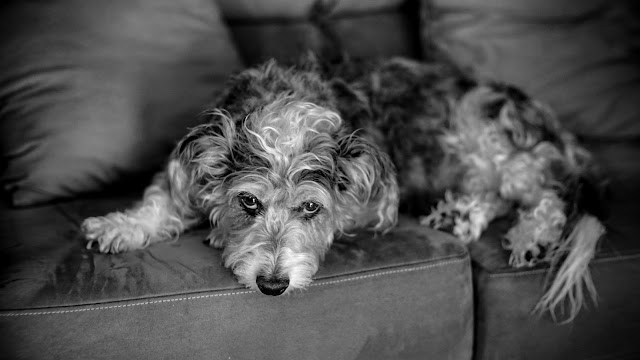 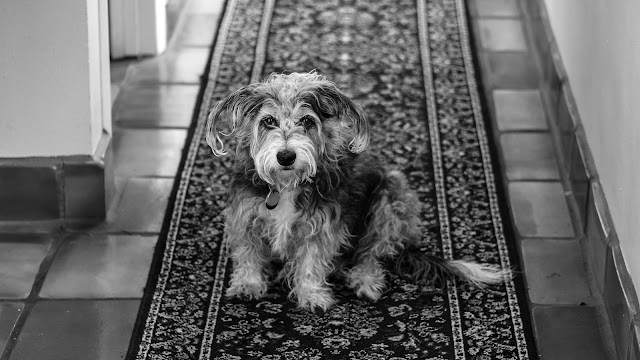 Posted by Kirk, Photographer/Writer at 22:06 6 comments: 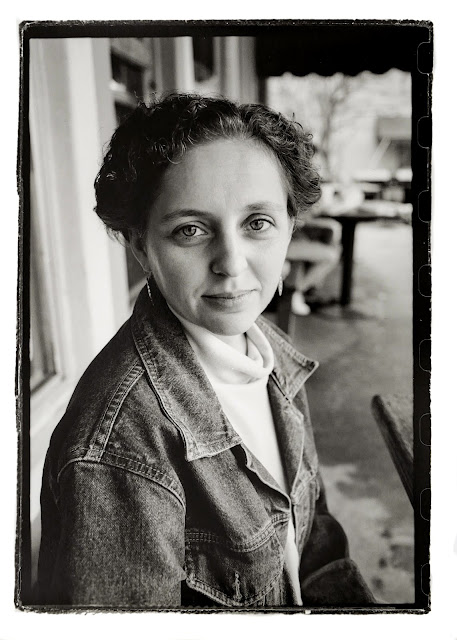 It's rare that I forget which camera I used to take any particular photograph. I always assumed that people's memories created packages so that a photograph and a camera+lens would be meshed and all part of the same whole upon recall.

This image was taken at Sweetish Hill's old location, right on Sixth St. Later the bakery moved half a block east in a much bigger building which they actually owned. Now it's the site of a trendy oyster bar.

We spent many, many Sunday's sitting at the tables here having excessively good coffee and some of the best pastries available in all of Texas.

I've been going through several boxes of large, double weight fiber photographic prints; mostly 11x14's. This box was marked, "Belinda, Portraits." I'm finding that it's enormously fun to have a time machine that looks back into my own life and the lives of my closest friends and family members.

If I had to guess at the camera I would say that it was a Leica M series body with a 35mm Summicron on the front of it. You can probably guess about the film...

Looking back. A fun thing to do during some holiday down time. One can't swim all the time...
Posted by Kirk, Photographer/Writer at 16:43 2 comments:

The Third Time is a Charm? Lessons from the camera bag. 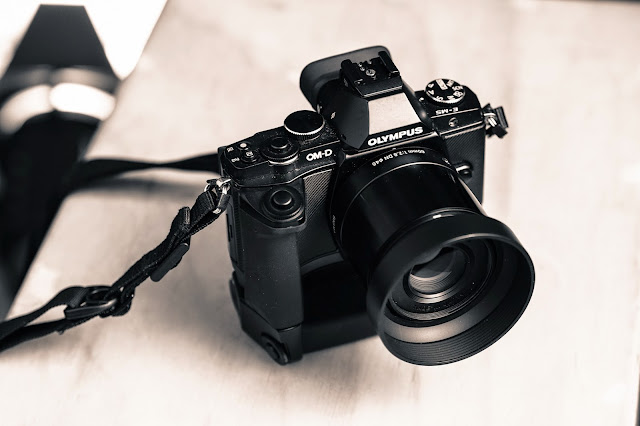 I have just purchased a lens that I have owned twice before. This will make my third go-round with the Sigma 60mm f2.8 DN lens. Why? That's probably a question for my analyst...

I bought the 60mm when I re-entered the Olympus m4:3 system for the second time. The EM-5 had been out long enough to get some pretty spectacular reviews so I bought a couple, along with the usual Olympus lenses and I liked everything pretty well. Then Sigma came out with there series of Art lenses for the smaller formats and I tried all three (the 19, 30, and 60). The 19 and the 30 were both decent, workmanlike lenses but they were really nothing great. The 60mm, on the other hand, was pretty impressive. Even wide open it was sharp and detailed. A bonus was that the focal length was just right for portraits when using the m4:3 format cameras. It was a nice, long focal length and, at its wide open aperture, it had a nice way of throwing backgrounds out of focus.

I got a lot of use out of that optic but when the system moved out to make way for the Sony a99, the a850 and the a900, that lens went into the "for sale" category and moved on to some smarter new owner.

At a later date I bought a Sony a6000 and then an a6300. I was pleased to find out that the Sigma 60mm  DN also came in a Sony "e" mount and also was in the middle of a (temporary) price reduction so I thought it would kinda stupid not to pick one up for the princely sum of $149. As a "90mm" equivalent on the APS-C frame it was just right. I got a lot of use out of it right up until that system too went on the chopping block to pay for some other shiny system of objects.

Lately I've been toying around with finding a nice portrait lens for my Panasonic GH5-based system and I stumbled back across some portraits I'd made on my first experiences with the Sigma. I've been playing with the Panasonic 42.5mm f1.7, the 50mm Zeiss 1.7 and a few other lenses and I noticed that the Sigma imparted a different look to the photographs. I had recently done a photo assignment making portraits for a large accounting firm and decided to look at the data in the files to see if it would tell me anything. It did, with this format, it seems that the "sweet spot" or "where I end up in focal lengths" when shooting m4:3 is somewhere around 60mm.

I went back and did a little research to convince my rational brain that my irrational brain wasn't being too heavy-handed with rationalizations and flawed memories of the lens's performance. I looked on DXO and found that the lens performed well for them. Then I read the review on Lenstip.com (which I really like for their lens reviews....) and it turns out that this lens is one of the best all around performers for Olympus and Panasonic cameras that they have measured!

Of course I've ordered one. Which is kind of embarrassing if you think about it. But, well, um... I've done more stupid and expensive things. I'm calling it "My Christmas Present." I would call it my "Lens of the Year!!!!!" but I already gave that honor to the Olympus 12-100mm f4.0 Pro lens (well deserved). And it would be a bit silly since the lens has been around since at least 2014.

Note to self: If I sell off the m4:3 system (for the fourth or fifth time) DO NOT SELL THE LENSES! More than likely I will return to the system in short order... I guess that means I like it --- mostly.

The lens is cheap. Buy yourself one for the Holidays. I did. 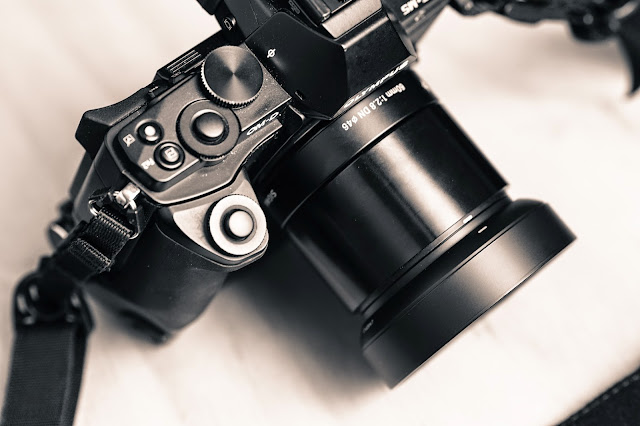 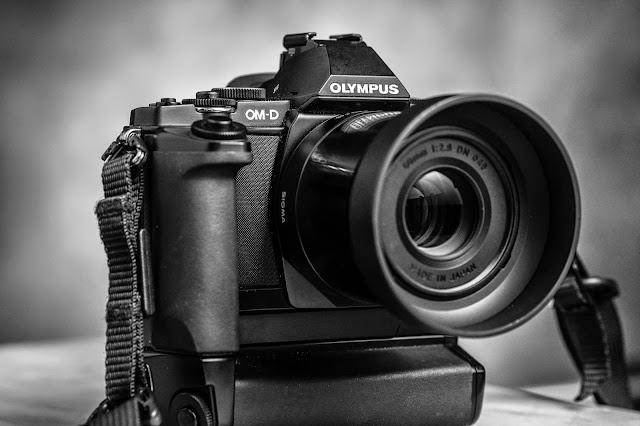 Posted by Kirk, Photographer/Writer at 11:45 9 comments: