What FujiFilm gets just right that all the other camera makers royally screw up on. It's a big deal and it may affect the way you interface with your camera. #Scandal. 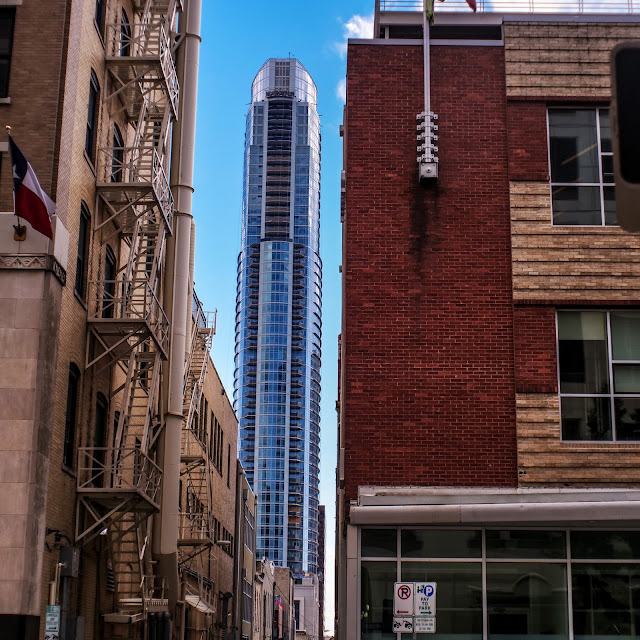 I've endured the same insult from camera company after camera company. If there was ever a way to decrease your pride of ownership just enough to give you pause it's this. It's a side effect of relentless and sometimes tasteless branding...

It's those damn camera straps that come packed into the boxes with our brand new cameras. I've bought four Panasonic cameras in the last year and each time I am disappointed and aesthetically insulted when I pull out the plastic wrapped, nylon camera strap that has bright yellow on it and huge white, embroidered letters, all over it, contrasting with its black background. They are nothing less than a garish advertisement for a camera you've already bought.

The Nikon straps are particularly ugly. They stand out like a beacon which says of the wearer, "I have absolutely no taste when it comes to carrying my camera in public." But hey, Canon users, don't get smug because Canon straps are just as ugly and poorly visually designed as most of the rest of the camera makers. I'm guessing the camera makers were all sitting around in velour hip hugger jeans in the 1970's, Dingo boots up on the conference table, and someone said, "Well, we'll always be including camera straps, let's just buy tens of millions of these groovy and far out straps with our logos in big, bright, poorly chosen typestyles. That way we'll have a fifty year supply and we'll so beat inflation." And the whole design group agreed and then went out to celebrate with Boone's Farm apple wine and Pinå Coladas. Leaving generations of camera buyers either so embarrassed about the straps they are provided that they went elsewhere and fostered a whole third party industry aimed at making better camera straps; or alternately their design decision created a public eyesore as people with horrible taste just ignored the hideous type and offensive colors of the straps and used them anyway, thinking, I am sure: "Well, I already paid for this I might as well use it."

I'm guessing camera companies got together and had a contest for who could not only design and produce the most visually offensive shoulder strap, but whose oafish customers they could convince to actually wear them along with the camera. I'm guessing Nikon for the overall loss...

I was already stripping my understated, all black Tamrac camera strap off another camera to use on the new Fuji XT-3 in the house when I opened up the box to see the camera and check out the accessories. I was stunned and elated when I found the included strap. It's black on black. Not too wide. And the only branding on the strap is a discreet and almost invisible debossed logo on the non-slip strip of material that rests on one's shoulder. I had to turn the strap in the light to even see the debossed logo.

The strap is just about perfect. From an aesthetic perspective it IS perfect. It's quite enough that Fuji has their logo in white against the black of the finder assembly on the front of the camera. They didn't feel the (desperate ???) need to festoon it in a heavy handed, heavy metal manner all over the strap.

Had more makers focused on making their straps discreet and functional accessories instead of embarrassing shoulder mounted billboards (complete with "exploding balloon" logos) it's likely that abominations like the Black Vapid straps would never have hit the market. So many cameras would have been saved from accidental destruction. So many owners spared the agony of a camera getting loose from the tripod mount....

Kudos to Fuji for having good taste and for finally being one of the cameras manufacturers to provide us with a usable accessory. Black strap. Demure debossing. Perfect size and width. Well done.

Now admit it. One of the first things you do after you open the Nikon or Lumix box is to toss out (into the trash) the abomination of a strap that comes with your new camera and get online to shop for something that doesn't scream out, "I'm a cheap-ass moron with very bad taste."

Thank you Fuji for getting a small detail correct and, by doing so, bringing a genuine smile to my face.