Portrait in studio. Another one from the archives. 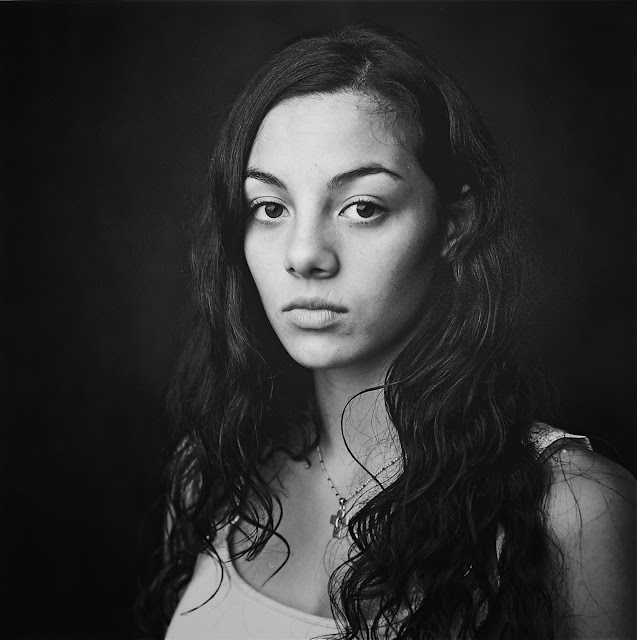 Portrait. In the Westlake Hills Studio.

I'm spending a fun day photographing kids of all ages at the Zach Theatre Summer Camp today. I came home at noon to spend some time with Studio Dog (she dislikes isolation from her "pack" for more than a few hours at a time. Who can blame her?). I'm the one in the immediate family with ultimate schedule flexibility and any time I can choose between client meetings or a nap on the couch with Studio Dog on the carpet in front of me the choice is pretty much always easy to make.

So, what are we doing at Zach today? Well, we're making photographs that will try to capture the energy and enthusiasm of a diverse group of kids who come together for a week or two to learn how to sing, dance, act and perform. I try to do mostly vertical, telephoto photographs of individual kids because that seems to be what the art director who handles promotion for the camps seems disposed most often to use. Two or three kids working together on a routine or performance are also valuable to the art department.... Occasionally, the whole group of kids, kindergarten age to high school, will come together to work on a big project. This afternoon we're working on a cool scene from the musical, "Matilda" set to the song, "We Are Revolting Children" and we'll have all ages on stage doing parts for this fun and high energy scene. It's so much fun!!!

Of course, it's not all perfect for photography. We don't really have time to pose anyone, I have no idea where everyone will end up so I'll have to move quick to get my shots and... with the poor lighting in the giant rehearsal space I'll be shooting wide open at f2.8 and making use of ISO 6400 just to get a shutter speed that might freeze some of the action. This is how I practice for more critical work projects; I shoot and shoot whenever I can and try everything possible to overcome the built-in limitations of a scene.

I worked with several lenses this morning but the one that works best in the space is the 50-140mm f2.8 XF. It's very, very sharp, even when used wide open, and the combination image stabilization with I.S. in the lens and IBIS with the Fuji X-H1 works wonderfully. The camera is quick to focus and, with the right SD cards, very fast in writing files and clearing buffers.

I came home to have one of my favorite lunches: Greek Yogurt (2% fat) mixed half and half with muesli and covered with fresh, honey crisp, cantaloupe. I also made a cup of coffee using the ground Illy coffee from the can in the fridge. Yummy deluxe. It makes coffee house coffee seem like weak, used motor oil by comparison.

Swim notes. Summer is here and the swim schedule has changed to accommodate the rank and file (non-competitive swimmers) at our private swim club. In any other season but Summer we swim in the mornings at two workouts. One is from 7:00 to 8:15 and the second option (which we call "the Executive Workout -- you have to be able to show up to work late....) is from 8:15 to 9:30, but in the Summer, when there is (ostensibly) more demand for pool time, we switch to 7:00 - 8:00 and then 8:00 to 9:00. Each is shortened by 15 minutes. But the coaches don't care about the math, they think we should still be able to complete the same distances we normally do in the compressed time frame. Their workaround? They just shorten the time intervals and any rest between sets. Nice.....

I swam at the 8:00 a.m. workout this morning and it was delicious. I swam with two of my favorite lane mates and we hit it hard. There was a pattern to the sets and it was almost like poetry, except that now I'm tired and my muscles are a bit sore. Oh well, I have 24 hours to recover before the next one.

Thinking about getting a GoPro or similar camera to clamp to the front of my kick board just for grins. I'll let you know how it all works out.

Family notes: Oh boy. It's all insurance companies and a probate circus around here since my dad passed away. I've been sending out death certificates and legal notifications like it was direct mail/self promotion. Temporary, I keep telling myself. Just temporary.

Hope you are having a great Summer. Send some good energy to theonlinephotographer's, Michael Johnston. He needs our good thoughts and best wishes to speed up his recovery. And if you have a little extra folding money you might think of heading to his Patreon site and making a little donation. It's tough enough being self-employed but self-employed and unable to fully function is a whole other thing. See this: https://www.patreon.com/theonlinephotographer Only mentioning this for VSL readers who also read Mike's blog. It's the gold standard in photography. Let's help him over this hurdle and get him back to work; I need something good to read over coffee every morning...


Posted by Kirk, Photographer/Writer at 13:24 3 comments: