Finally, a blog post that's just about a lens... 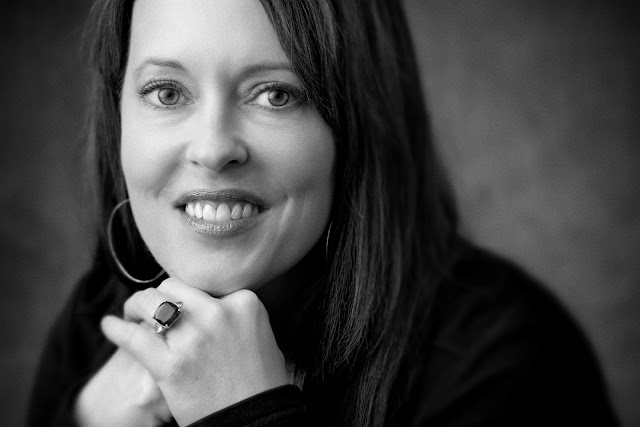 Whether you are an "F 64" fan or a "bokeh-liscious" fan I think most of us would admit to liking the effect of shallow depth of field from time to time, especially if it's not too heavy-handed. As a portrait photographer I vacillate; I'm thrilled with the effect sometimes and rail against it at other times. No consistent world view here when it comes to just how much detail I like to see in the backgrounds (and foregrounds) of photographs. No manifesto in one direction or the other from me. The over application of most styles and techniques ages the effects more quick. A case in point would the ever recycling use of ring lights in fashion and portraiture, another classic case being the overuse of overdone HDR.

But if you are going to do an effect it's a lot of fun to buy just the right tool with which to perform your attempts. I'm a sucker for lenses which are, A. Aimed at portrait photographers. B. Able to be used to make very sharp images when the particular special feature of a lens isn't warranted. and, C. I'm a sucker for highly specialized, niche lenses. I think the lens I just picked up from Precision Camera here in Austin fits the bill across the three parameters...

When I entered the Fujifilm X family of cameras and lenses I vowed not to step into the "tar of desire" too deeply but almost immediately I began to break my vow by first researching, and then acquiring, the lenses that I thought would be most interesting for making portraits. After the primary workhorse lens, the 50-140mm f2.8, I picked up the 60mm f2.4 macro and explored its potential. It's a very, very nice optical system wrapped in an aging focusing mechanism, and it sure could have used a manual focusing clutch for those times when one wants full focusing control. Alas, your hand and wrist will get a workout should you attempt manual focusing with it. You'll need about 720 degrees of turn to go from close focus to infinity. I'm keeping the lens because it's nice and small and delivers very nice looking files.

I moved on from the 60mm to the 90mm f2.0 and lately I've been using the longer lens in any capacity I can. It's extremely sharp, has very nice out of focus rendering in backgrounds, when used at the first three apertures, and it focuses fast, like a rocket. But.... the focal length is a bit too long for comfortable portraits in my small studio space. I have a clean 24 feet to work with in each direction if I have my back against one wall and my background against the opposite wall. The angle of view on the 90 doesn't give me much room to have a "loose" frame and still have sufficient distance from the subject to the back wall. "Missed it by that much..."

The 50-140mm f2.8 has been giving me nice service in the studio. The zoom makes for good framing flexibility and, for the most part, the maximum aperture provides enough sharpness, and just enough ability to toss the background out of focus enough, to make the whole proposition workable. But if you know anything about crazy artists you know they keep tinkering till they find the "ultimate" tools for their favorite tasks (and yes, painters do discuss their favorite brushes with one another just as audio experts can spend an entire coffee break talking about various microphones...).

Several VSL readers have pushed me to try Fuji's 56mm f1.2 R and I've resisted out of a sense that, with all my prior buying choices, I've already overdone my burgeoning inventory of Fuji lenses. I've put that lens into my "cart" and taken it out of the cart many times since becoming "Fuji Aware." But each time either my budget has stopped me or my desire to be a good fiduciary of my own enterprise has pulled me up short. That, and the idea that the lens is just a bit too short.

That was the situation right up until I had lunch at Maudie's Tex-Mex with my photographer friend, Andy. He's seen the light lately and has started to acquire more and more Fuji X stuff. To be fair, he's keeping his hands on his micro four thirds stuff as well. So we were catching up and the conversation turned to Fuji. He's a regular visitor to Precision Camera, our home grown camera candy store, and he mentioned several great finds he's picked up in the past month or so. I asked him to let me know if he saw anything cool the next time he was by the store. He sent me an e-mail a couple hours later from the showroom at camera ground zero and let me know about a few new deals that had arrived in the store, used.

One of the items was a 56mm f1.2 APD lens. For those of you unfamiliar with the ways of Fuji this is one of their rare specialty lenses. The APD designation is short for "Apodization" which I find to be a strange word but which means, essentially, that they've taken a regular 56mm f1.2 and placed a specialized filter just in front of the diaphragm that smooths out the bokeh (or out of focus qualities) without touching the native sharpness of the lens. In fact, MTF curve comparisons between the two lenses show that the APD version is oh so slightly sharper than the vanilla version. The APD lens delivers its effect most obviously when used wide open and then matches the vanilla version almost exactly for both light transmission and optical performance by f5.6. The APD filter reduces overall illumination at the wider apertures; when set to f1.2 the relative T value (transmission) is more like f1.7. There is an additional scale on the lens to remind you to compensate at the wider apertures for this exposure differential.

The effects of the APD filter seem subtle, judging by samples at the better websites. But since I was able to purchase a mint, used APD version for $625 while the current retail price is $1499 I was ready to take a chance and check it out. So far, I am not disappointed in the least. It's a lovely lens.

The one knock against the lens is that the APD filter has some property which makes phase detect autofocus unavailable. Everything is contrast detection. But it's still faster, on the X-H1 and X-T3 bodies than the 60mm macro..... and that's with the macro making full use of PD-AF.

The lens includes 11 elements (not including the APD filter), two of which are ED elements and one of which is an aspherical element. The APD filter is said to be a breakthrough attributed to Fuji's nano technology R&D. Sounds cool to me.

I have two jobs coming up this week that are perfect matches for the potential of this lens. I'm breaking it in on a long walk tomorrow. I've shot some stuff around the house and studio and have been impressed with the basic performance of the lens. Even without the APD functionality it would be a stellar performer. We'll see what the whole package delivers on Tuesday and then again on Friday. I'm  back to being busy in the studio. Much stuff booked. Much to deliver.

Interesting how quickly Fuji converted me to their system. I think a lot has to do with my comfort level gaining all the exterior controls. It reminds me of the photographic gear I grew up with. Nice. Now, did someone mention medium format???


Posted by Kirk, Photographer/Writer at 20:15 3 comments: