A quick, final note about our "Red, Hot and Soul" fundraising livestream project for Zach Theatre.

The theater announced in an e-mail this afternoon that their final tally for funds raised during the  live cast event totaled over $450,000 (USD). Far above the original goal and a testament to what can be done with good creative content and strategic live-streaming.

I'm proud to have been involved in such a successful program centered around our video production and Zach Theatre staff's incredible creativity. 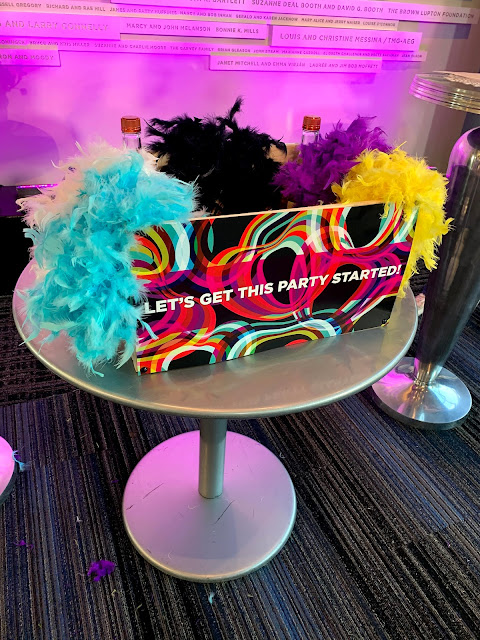 Here's the entire run of the show: https://www.youtube.com/watch?v=dPZRFACxT_c
Posted by Kirk, Photographer/Writer at 16:20 9 comments:

We're always looking for the sweet spot between price, performance and operational smoothness in fluid head tripods. Will this one fill the bill? 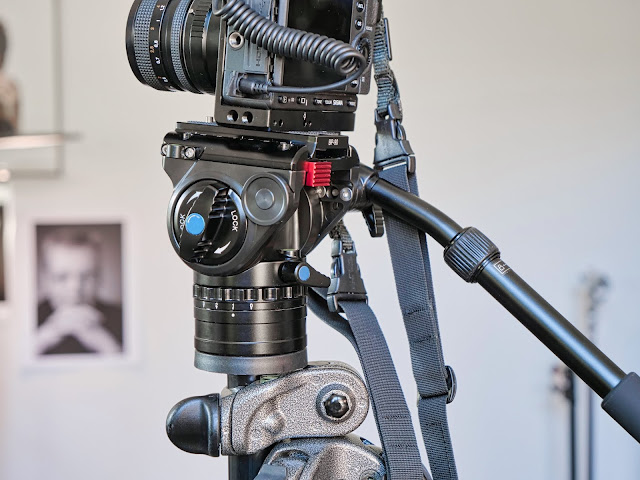 I never know what to think about tripods for video. Oh, I get what makes a good set of sticks (the tripod legs) but I'm often mystified by what makes one tripod head a universal budget classic at under $200 (the Manfrotto 5oo series) and what makes a Miller head that much better at a couple thousand dollars.

Sure, there are different use cases. A big, heavy camera and lens combination logically requires a stronger head that will handle the weight. And I understand that some tripod heads are able to be very well balanced and silky smooth to operate but.... really, is the last 10% or 5% of performance actually worth ten times or even 20 times the price?

If you are a cinematographer; a real one who works with big cameras like the Arriflex Alexas, the Sony F55s and the Canon C500 series I can guess why you need a bigger and more expensive tripod but if you are in the same boat as me I'll find it hard to understand your rationalization if your goal is to get a Sony A7S3, a Panasonic S1H, or Canon C70 up on a platform with which to pan or tilt, and you're looking at $10,000 tripod heads. I'd suggest you re-think the strategy but at the end of the day it's your money and I'm even willing to admit that I might be missing something about which you have more insight.

But I'm basically putting a camera like the S1H, along with a medium range zoom lens, on my tripod platforms and all my moves are slow and practiced. No "whip pans" here.

I've been using a Manfrotto head that's the ultimate compromise. It's the Manfrotto MH055M8-Q5 PhotoMovie Tripod Head with Q5 QR Plate and I bought it many years ago because it has a control that allows you to throw a switch and convert the head from a horizontal video head to a photographic style head that is in a vertical orientation. The price hasn't changed much; it's still about $340.
But last week when I went to execute a pan on a shot I felt a slight hesitation or null spot when I initiated the pan instead of a smooth start. And I've never understood why the handle mounts to the tripod in such an overly complex way. A method that introduces a bit of play there as well. Finally, it's set up to be strictly a left hand operating head. And since I'm profoundly left-handed I prefer to operate my camera and focusing ring with my left hand and pan with my right. So I'm constantly just a little confused.
I still like the Manfrotto MH055M8-Q5 (who in the world thought that was a brilliant name for a product???) and it's great to use in situations where you might make small adjustments to a shot and mostly stay locked down, but I don't love it. I'm also less than thrilled with its handling as a photographic tripod too.
Even though I suspect that I'll want to do more and more gimbal shots I know I'll still need two good tripods and fluid heads for two camera interview set-ups and three position streaming shows. So I'm always hunting for a new head that won't break the bank but still delivers an good performance.
"Good performance" means the head pans from start to stop smoothly and with no hesitation. The head can be balanced for all kinds of camera and lens weight distributions and it can tilt up and down with the same smoothness I expect in the pans. I want the head to do all this and the heaviest load I expect it to handle would be about seven pounds (camera at 2.5, lens at 2.5 plus small monitor and audio interface).
I was picking up fresh gray cards at Precision Camera and I found myself doing a bit of shopping. I found the Sirui head on display and played with it for about 20 minutes. It felt much better than the Manfrotto 500 series head I gave away to a young videographer earlier in the year. It felt and operated more smoothly (and logically) than my current, bi-directional Manfrotto head as well. The price was a frugal $250. I think it's a better all around video head just because it's not trying to also be a photo tripod head.
I'll use this on a set of Gitzo legs and the MH055M8-Q5 on a set of big Benro legs about four times this month. We're filming a concert series under the stars on four consecutive Saturday evenings. The client is looking for a two camera set up and this head and matched tripod matches up with my intended "A" camera perfectly.
I'll also bring along a smaller tripod with a Benro S4 video head on it because I think I'll want to put a fixed wide angle camera close to the stage and run it for the full hour of the show. Just to have a third look for the editor to cut to...for fun.
If it didn't seem ultimately indulgent to me I guess I'd pick up a Vinten Vision 250 video tripod and be done with it. Curious to see what $13,300+ buys you in a video tripod? See for yourself: https://www.bhphotovideo.com/c/product/271968-REG/Vinten_VB250_CP2M_VISION_250_Carbon_Fiber.html
Me? I want a tripod I can accidentally run over with my car and not feel devastated about destroying. I mean, I would be devastated if its demise happened before a job... but I wouldn't be that upset if we already had our material shot and in the "can." For me that's a video tripod; with head, in the $400 to $700 price range.
I mean there's professional and then there's Professional. I generally only charge for professional...
Posted by Kirk, Photographer/Writer at 05:30 6 comments: